Aiden McGeady is looking for a new club after his contract expired with Sunderland. He helped the EFL League One side get a promotion to the EFL Championship. McGeady is a former Celtic player and has won four Scottish Premiership titles with the club during his spell from 2003 to 2010. He is being linked with a move to Hibernian in the summer. The Irish winger has already played under the management of current Hibernian boss, Lee Johnson.

McGeady was unlucky last season as he only appeared in 14 league matches for Sunderland. All the appearances were made in the first half of the season. His last appearance came against Shrewsbury Town on the 23rd of November last year. The player got injured and didn’t feature in any of the games after that. He is 36 years old and has extensive experience playing in the English top and lower divisions. 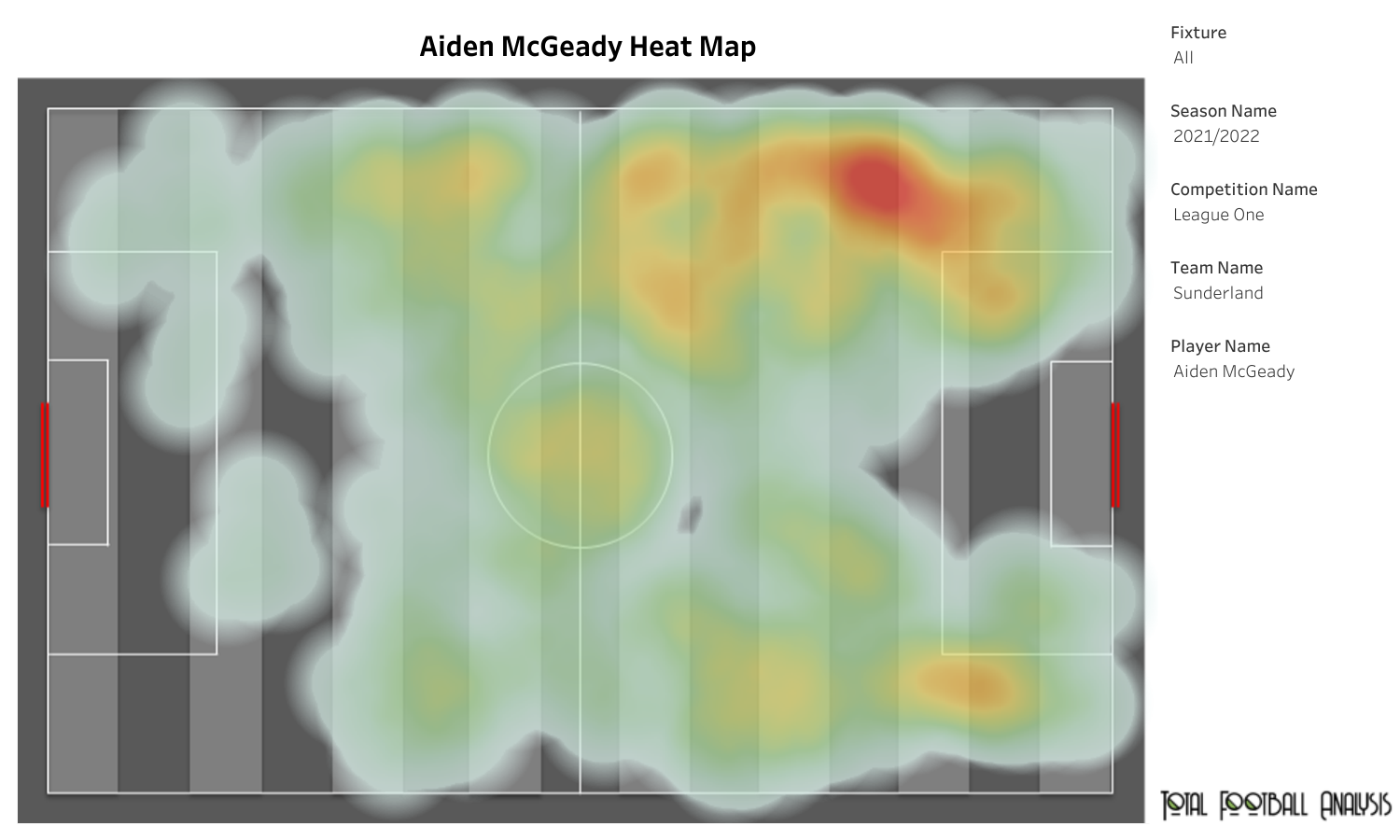 McGeady featured in 14 EFL League One games and started in 12 matches. The player scored three goals, all from the penalty spot. He was effective on the wings and provided four assists. The above heat map shows that the 36-year-old operated on both wings. He mostly featured on the left wing and tried to penetrate the box from the wider sides. The player took 29 touches inside the opposition’s penalty box and created threats. 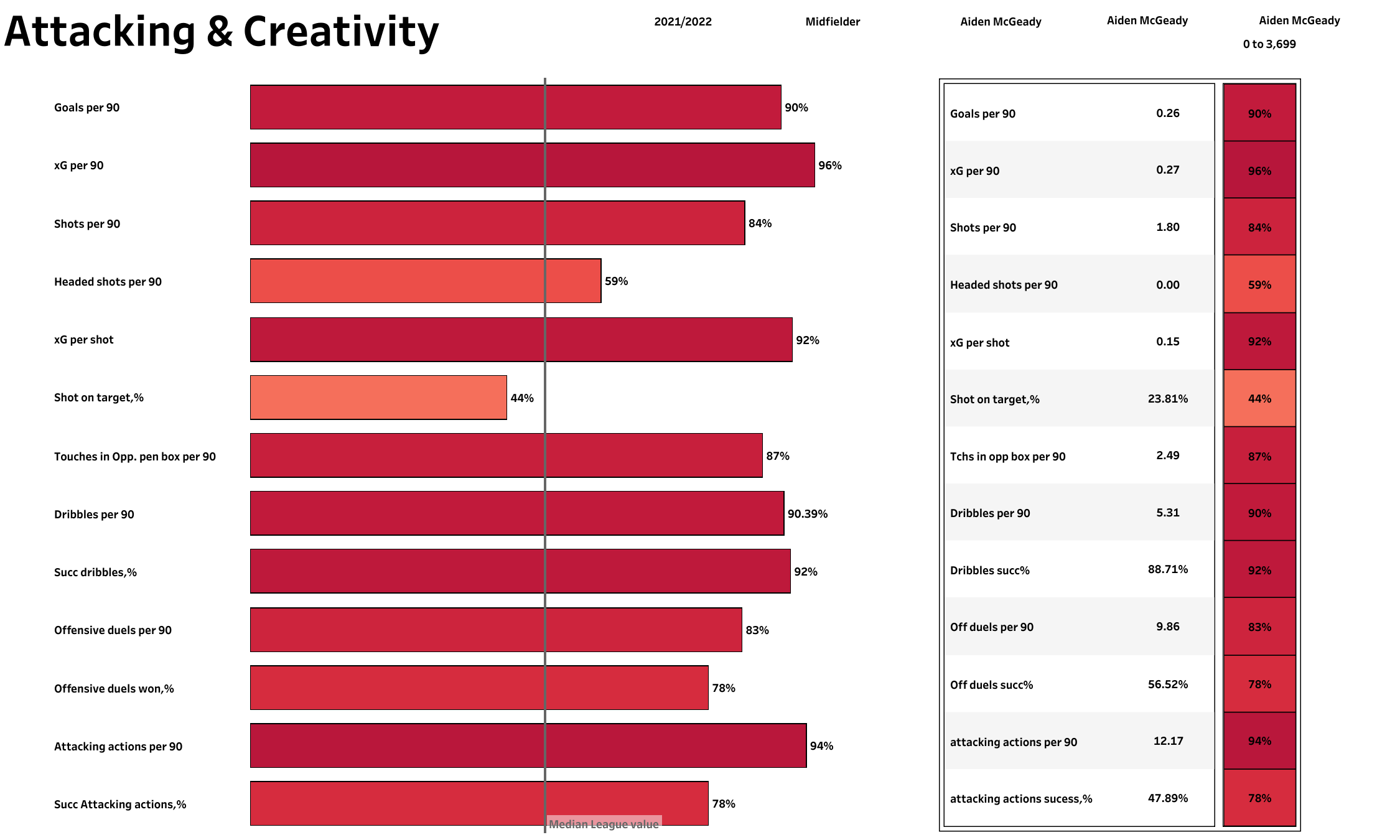 When looking at the above chart, the general rule is that the longer the bar, the better the performance — you can see the league average in the middle, and the % is the percentile rank the player is in. The above viz shows McGeady’s stats in comparison to other midfielders in the league. McGeady had a high percentile rank in the limited game-time he got on the pitch. He was involved in 12.17 attacking actions per 90 minutes and had a success rate of 47.89%. The player is a good dribbler of the ball and attempted 5.31 dribbles with an 88.71% success rate. This shows that McGeady can still run on the wings to create threats for his side. The winger attempted 21 shots and only managed to hit the target five times. He scored all the goals from the penalty spot. 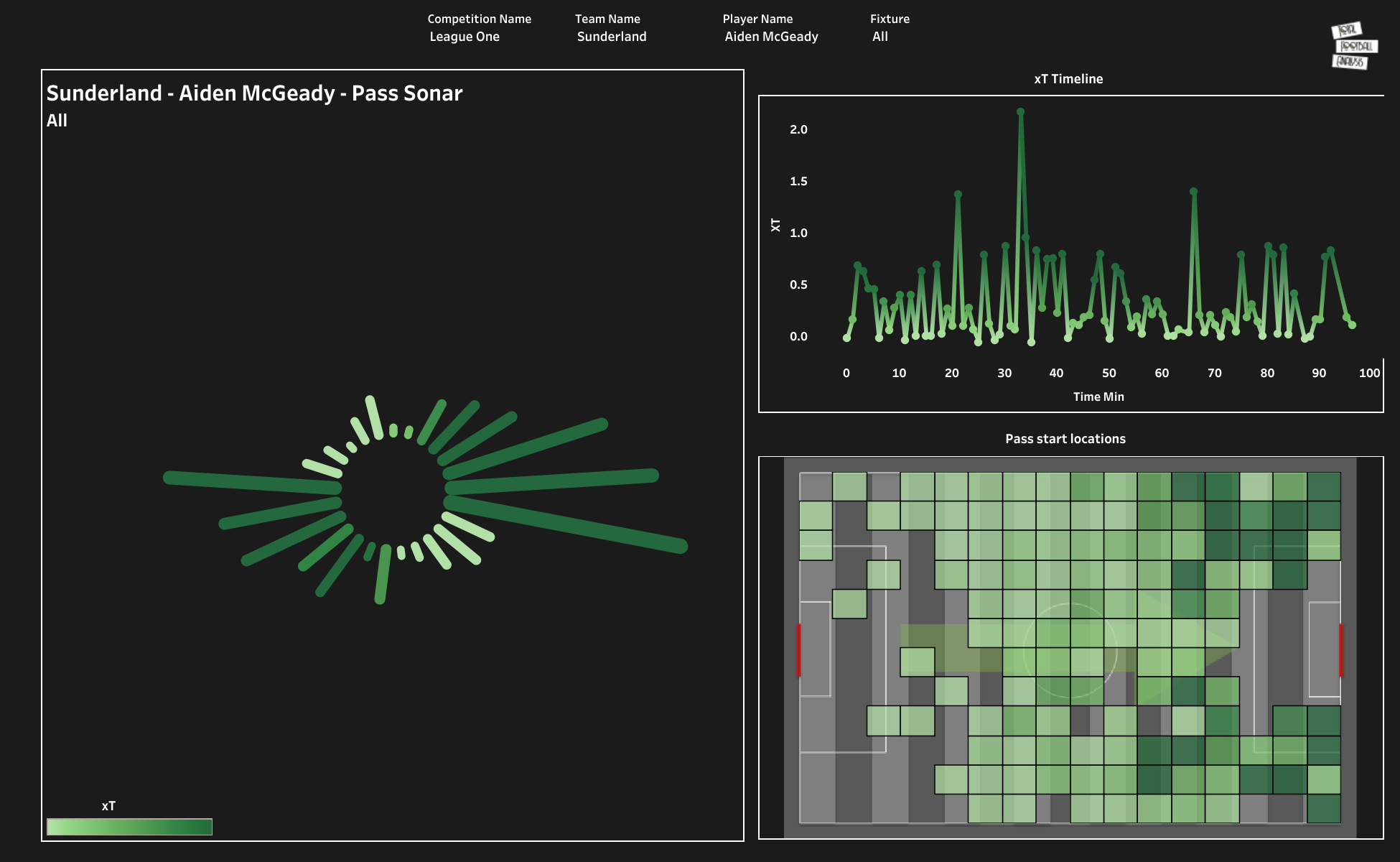 McGeady averaged 28.46 passes per 90 minutes with a passing accuracy rate of 75.9%. The above viz shows the pass start location as well as the threat created from passes at different time intervals. He attempted a few passes from inside the penalty box. McGeady attempted 51 crosses and averaged 4.37 per 90 minutes. By looking at the xT timeline, we can observe that McGeady created more threats in the first half as compared to the second.

Hibernian could finalise a deal with the former Celtic player. He could make a return to the Scottish Premiership after leaving Celtic in 2010. The player carries a lot of experience and can also help the Hibs to finish in the top three positions in the league.