Aberdeen have been one of the most active Scottish Premiership teams in the transfer window. Ylber Ramadani was their first signing of the summer. They added Liam Scales and Jayden Richardson to their ranks. The Dons have now signed a pre-contract with Wycombe Wanderers centre-back, Anthony Stewart. The 29-year-old defender carries a lot of experience from playing in the EFL Championship and the EFL League One. He is an old-fashioned defender and is not a great passer of the ball. Aberdeen finished in the second half of the table and are aiming for a finish in the top-3 positions in the league. Stewart is expected to become a part of the playing XI for the Dons, and here are some of the stats that show why Aberdeen decided to sign the centre-back. 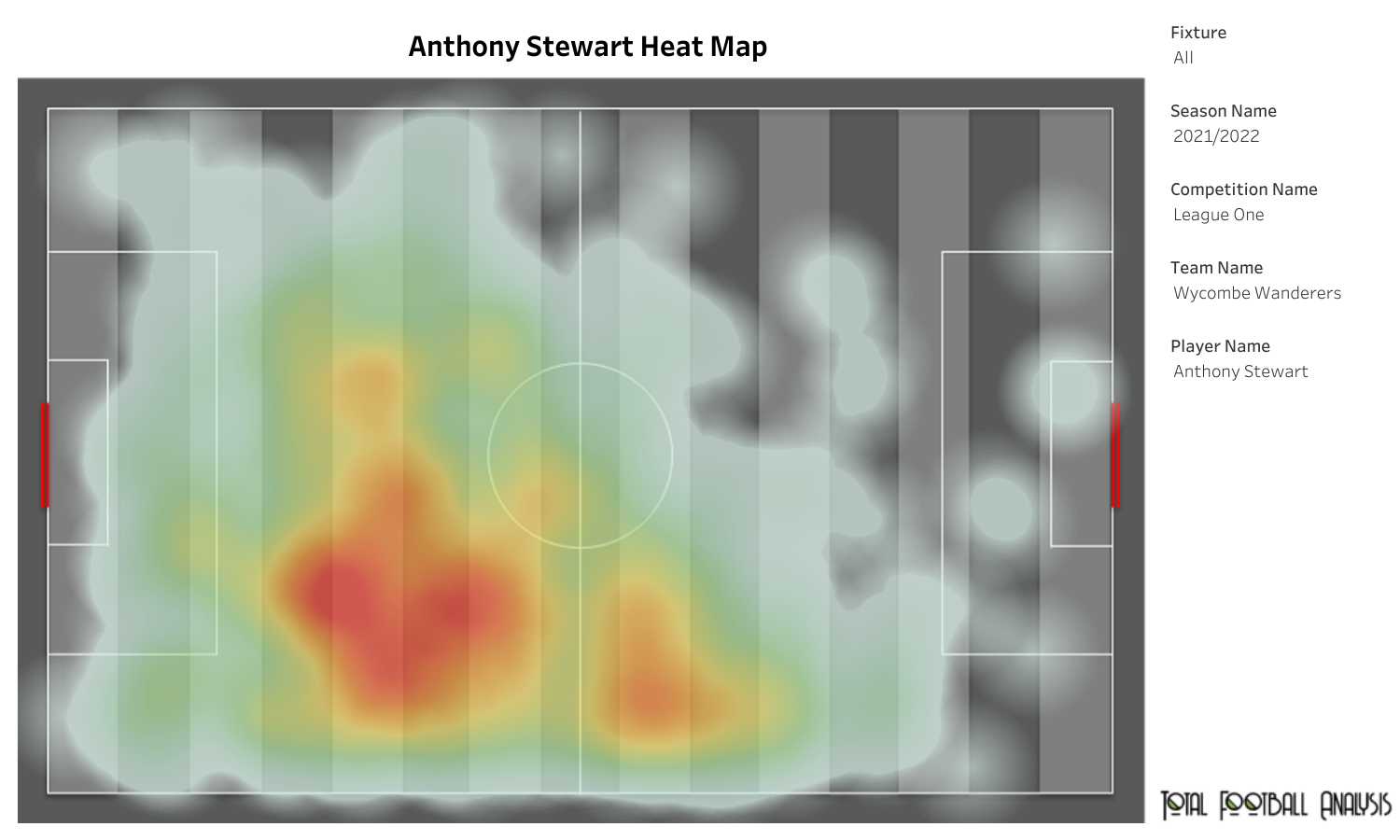 Stewart played as the right centre-back. He made 39 appearances in EFL League One and helped his side to keep 15 clean sheets. The player managed to score two goals and also provided an assist in the competition. The above heat map shows that Stewart covered almost every area in the defensive third. He was not afraid of contesting duels. The 29-year-old also played a high line and covered some areas in the opposition’s half. 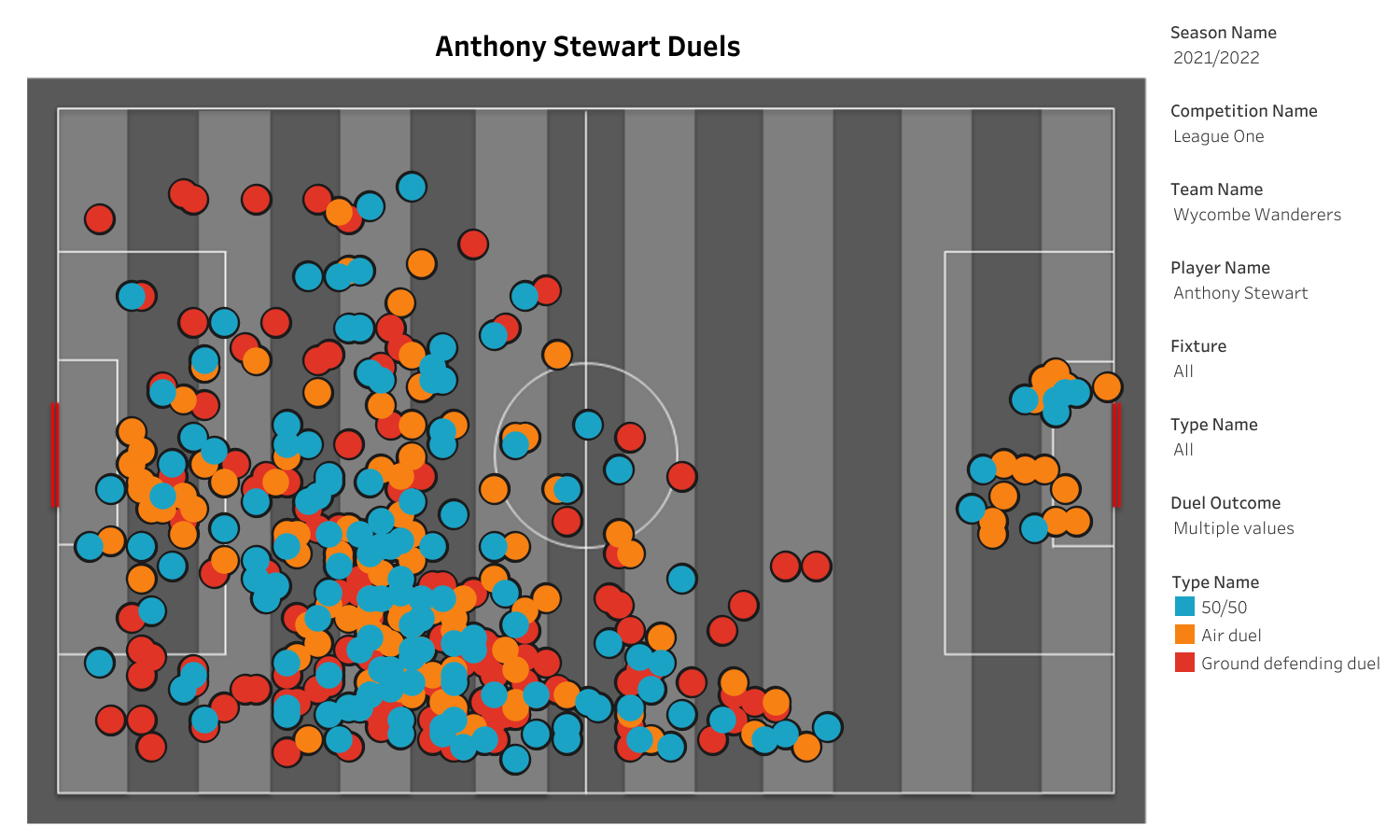 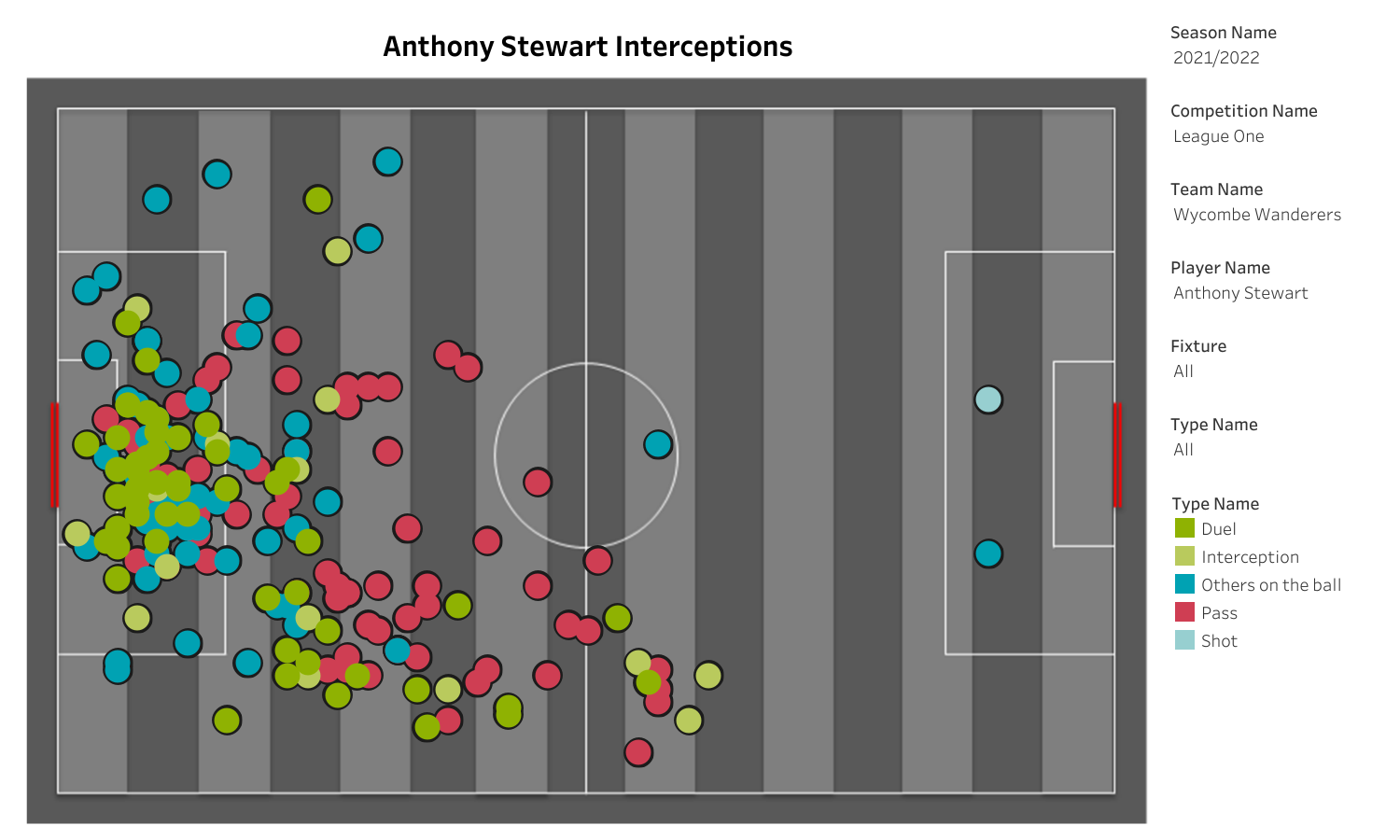 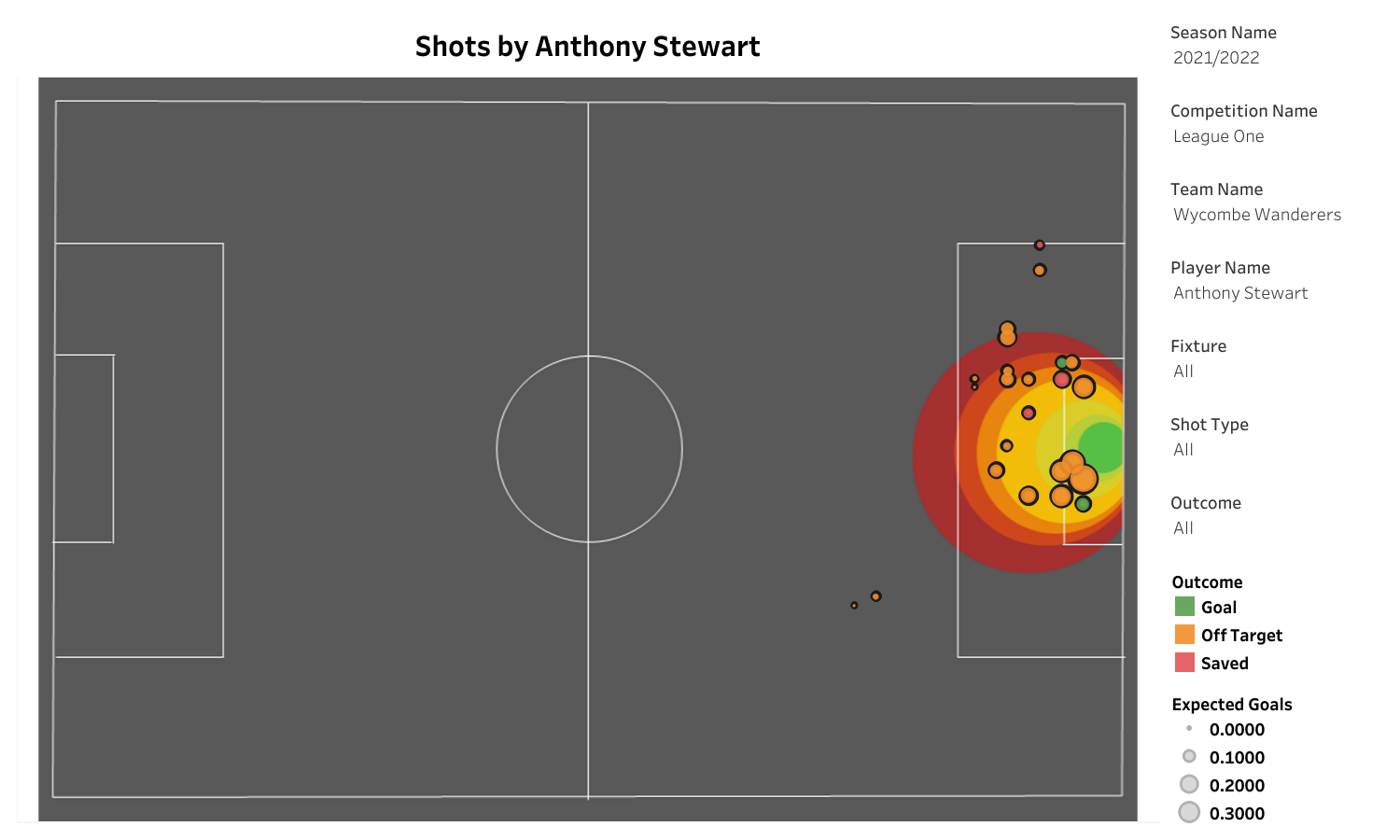 Stewart is also a threat while going forward on set-pieces. He attempted 24 shots and managed to hit the target five times. He failed to keep most of his headers down but attempted the shots from dangerous positions. The defender can trouble the opposition keeper and will be a handy addition to Aberdeen’s squad.

Aberdeen will look to improve their position in the league table and compete with the likes of Celtic, Rangers and Hearts, who finished in the top three positions last time around. Anthony Stewart has a good ‘duels won’ percentage and is likely to adjust to the Scottish Premiership. He will be one of the senior players on the team. Jim Goodwin will look to bring the centre-back into the starting XI and form a team around him.