Ben Perrington has completed a free transfer from Charlton Athletic to Scottish Premiership side Ross County. The 28-year-old English centre-back will spend his first season in Scotland. Ross County had a very leaky defence last season and needed defenders to strengthen their defence. Perrington has played in the EFL Championship and the lower divisions of English football. The centre-back made 31 appearances in all competitions for Charlton Athletic last season. He scored four goals and provided three assists. 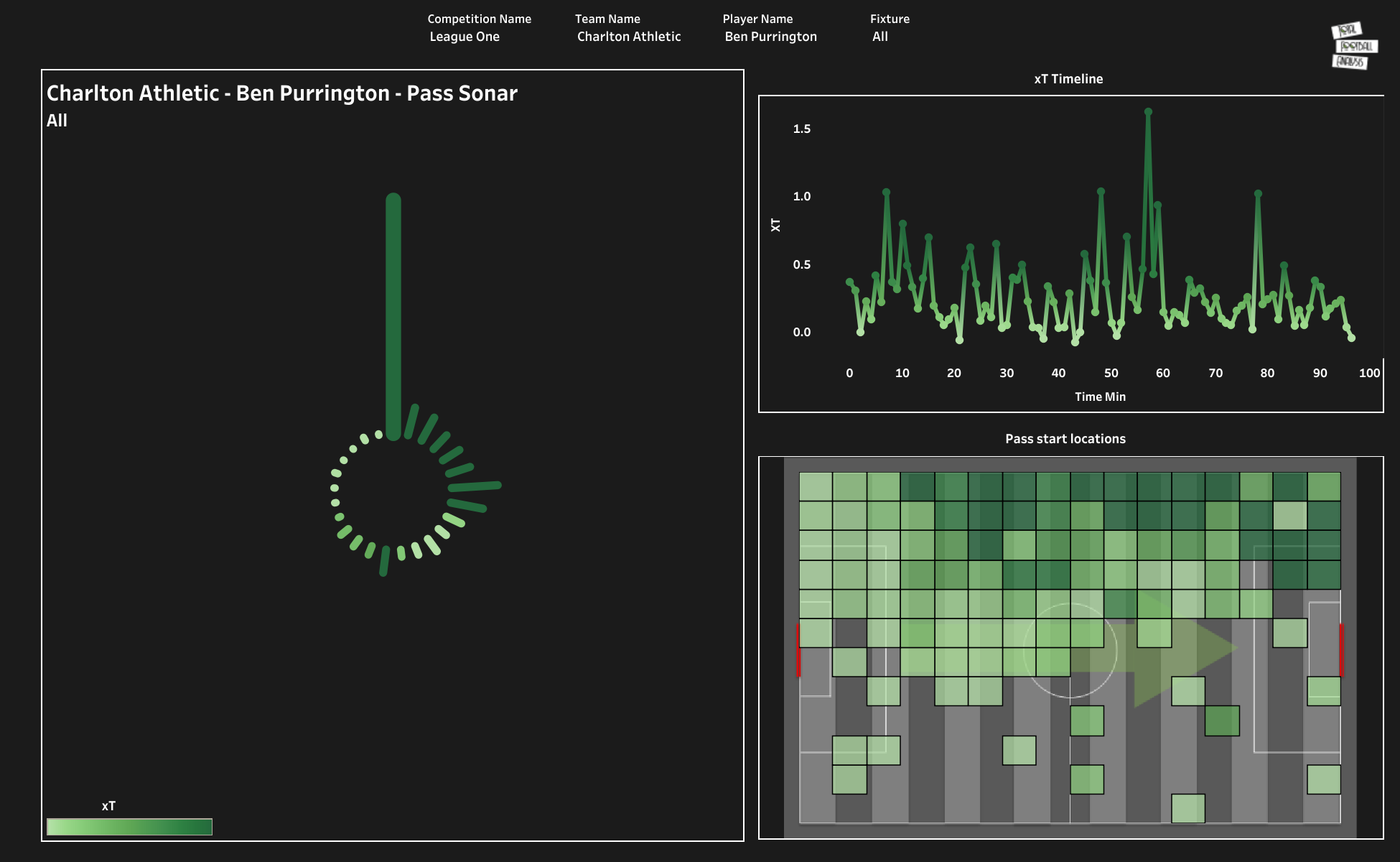 Purrington played as a left centre-back for Charlton Athletic, who played with a three-man defence. He made 27 league appearances and scored three goals in the competition. The above viz shows the pass start location and the threat created from passes at different time intervals. The pass start location map shows that the player covered a lot of areas on the field. He has contributed to the attack and the defence. The player has even attempted passes from inside the opposition’s penalty box. He averaged 1.57 touches inside the opposition’s penalty box per 90 minutes. 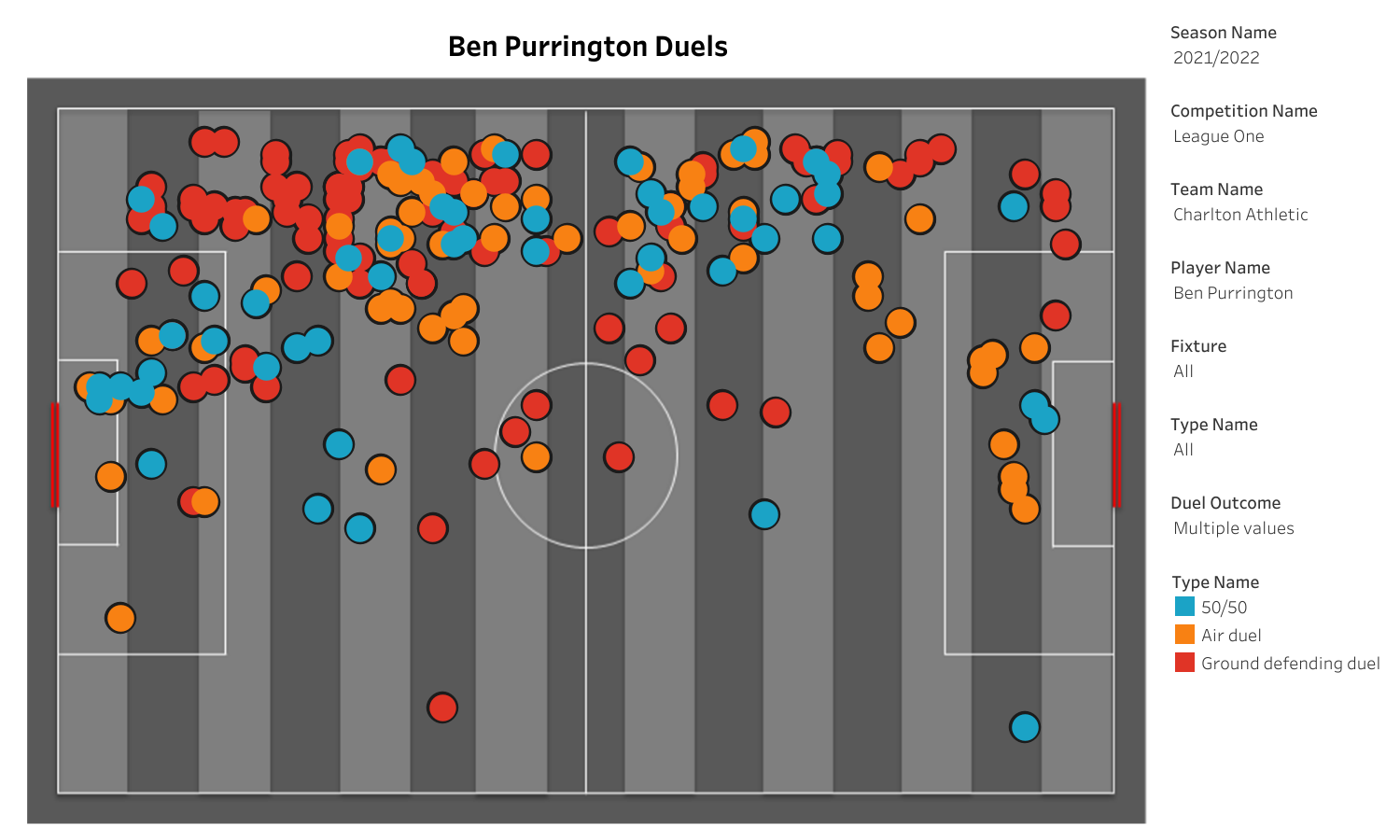 The 28-year-old was involved in 12.2 defensive actions per 90 minutes and won 80.45% of his defensive actions. Ben Purrington contested 7.45 defensive duels, 4.6 aerial duels, and 3.57 loose ball duels. He won 23.7% of defensive duels, 53.8% of aerial duels, and 41.76% of loose ball duels. The above viz shows all the duels that were won by the player or the duels that ended in a neutral result. He contested most of the duels in the middle third and won a few aerial duels. Purrington made 4.19 interceptions and 8.35 recoveries per 90 minutes. Of these recoveries, he made 1.84 recoveries inside the opposition’s half. 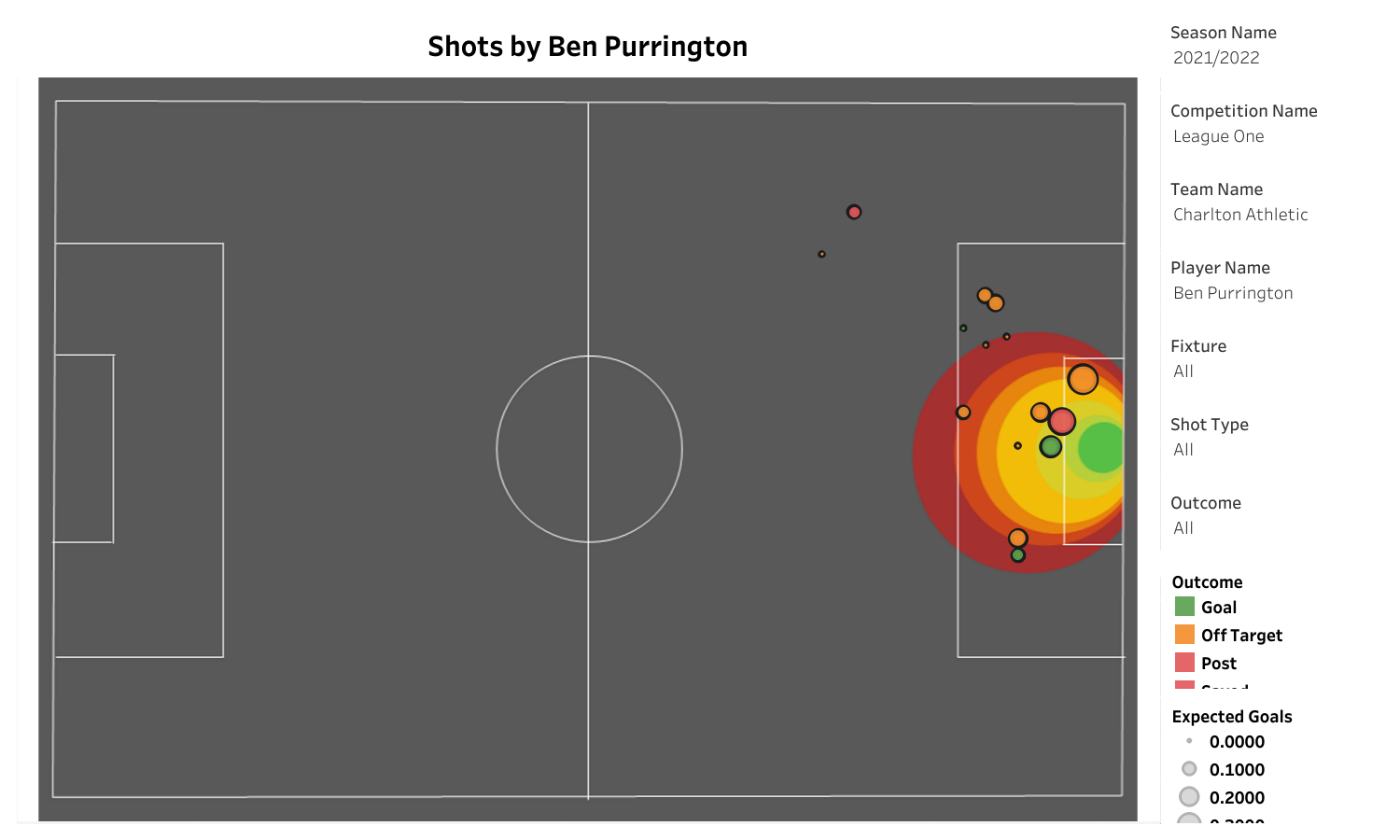 Despite playing as a centre-back, Purrington was involved in 4.2 attacking actions per 90 minutes. The above viz shows all the 15 shots that were attempted by the player last season. He managed to hit the target five times and converted three opportunities. The centre-back attempted 13 shots from inside the penalty box.

Ross County conceded 61 goals and had the second-worst defensive record in the league. Ben Purrington offers a lot of quality with the ball and likes to get involved in the attack. He could strengthen Ross County’s defence and score a few goals that could help his side to win matches.