Ben Woodburn will no longer be a Liverpool player after the Reds announced that the player would be leaving the club by the end of the season. He was on a season-long loan at Scottish Premiership side Hearts and is not a part of Jurgen Klopp’s plans. Hearts are interested in signing the attacking midfielder on a permanent deal after being impressed with his loan spell. He is just 22 years old and could be a big asset for the future. The youngster is yet to decide on his future, but a move to Hearts could be the first priority for him.

The Wales international player featured in 28 games for Hearts, including 16 starts. He managed to beat the opposition’s goalkeeper three times and even had an assist to his name. 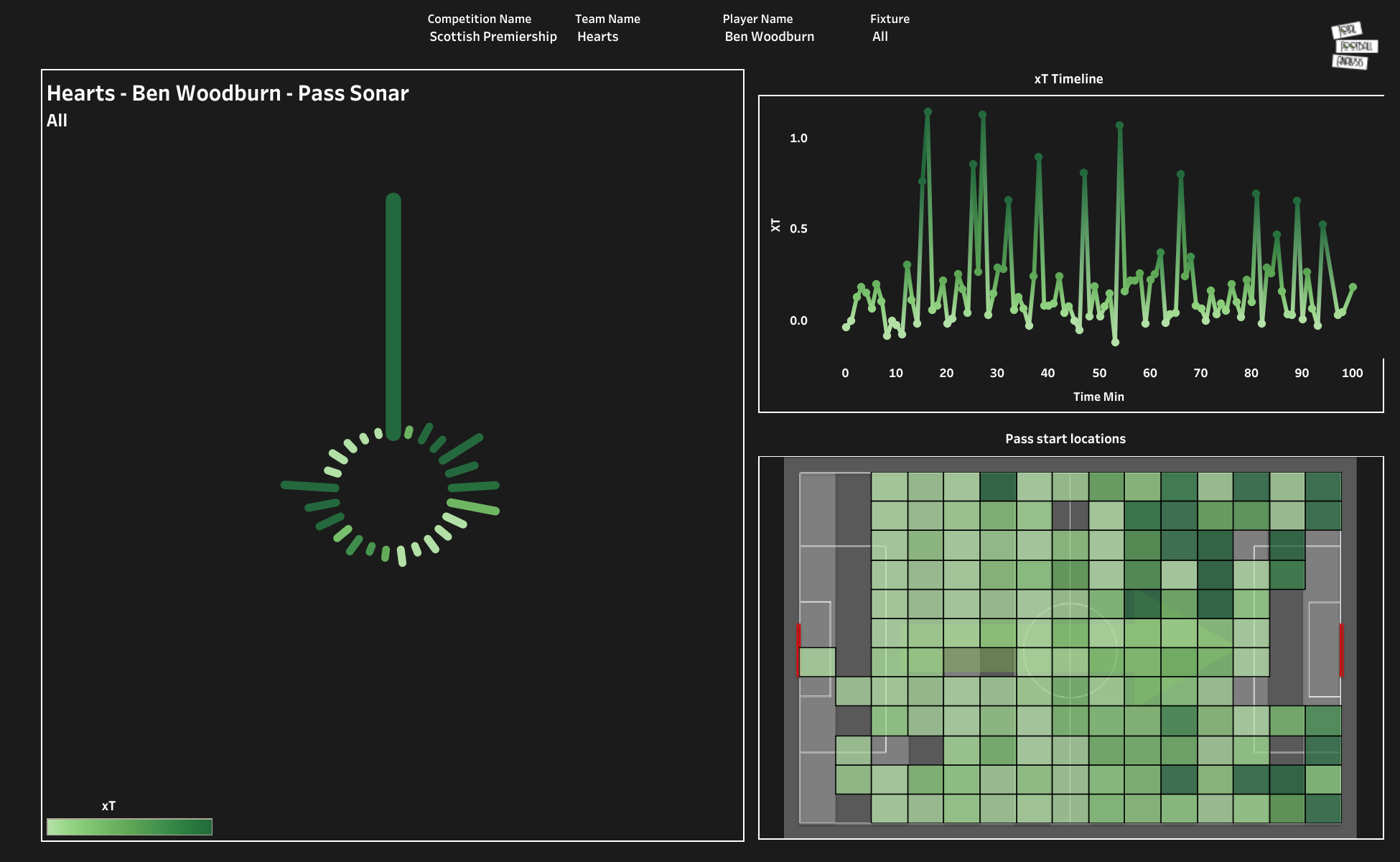 The above viz shows the pass start location as well as the threats created by the player at different time intervals. By looking at the pass start location, we can observe that he featured more on the left side for Hearts. Woodward averaged 32.5 passes per 90 minutes with an accuracy rate of 74.6%. These passes included 1.15 smart passes and 1.28 through passes per 90 minutes. The highest threat was created by the passes attempted from the wider areas inside the opposition’s final third. 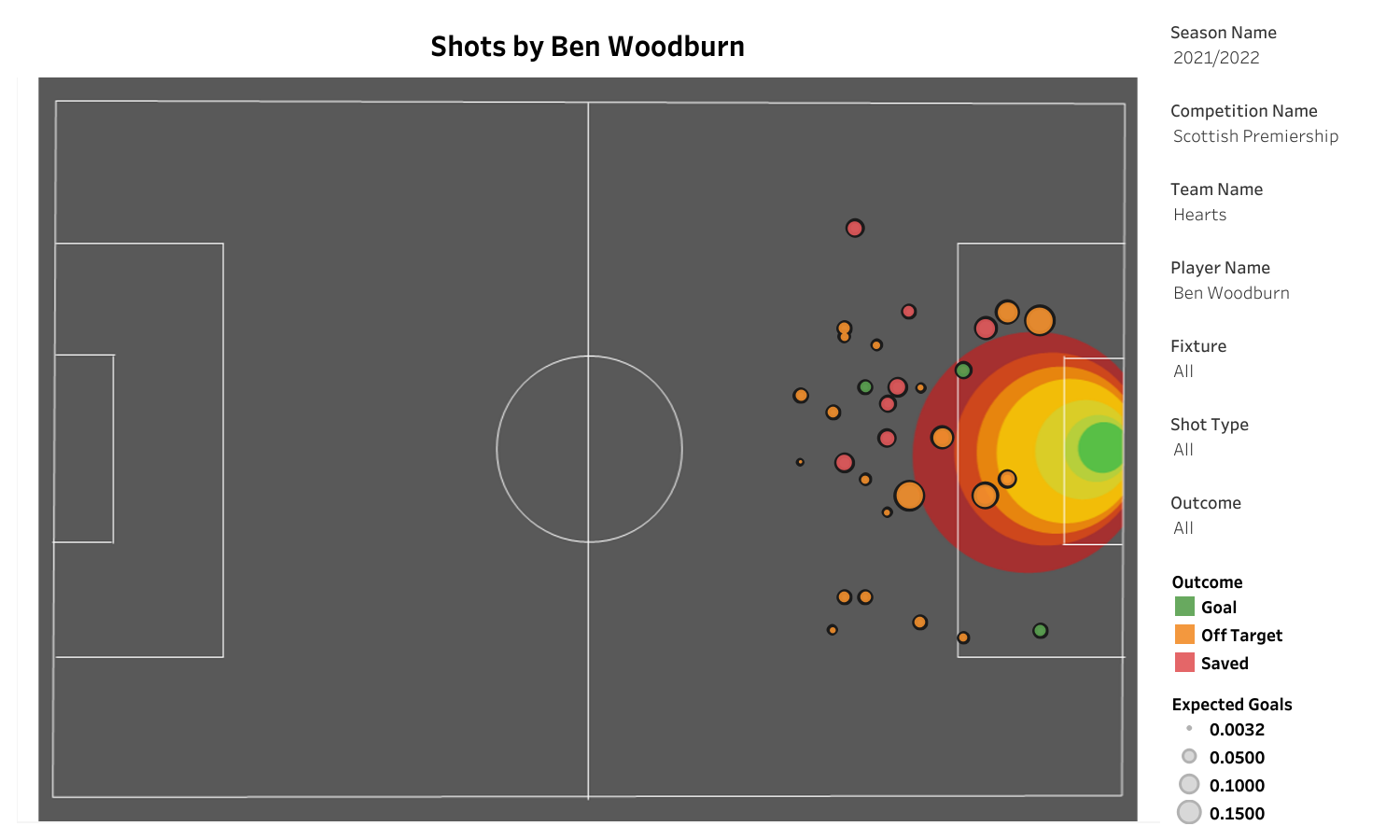 Woodburn attempted 30 shots this season in the Scottish Premiership with a shot accuracy rate of 30%. Of these 30 shots, nine were attempted from inside the opposition’s penalty box. The player managed to hit the target three times from inside the box, and two shots were converted into goals. Most of the shots were attempted from the centre of the goal. He scored a brace against Dundee County, and his last goal was against Ross County. 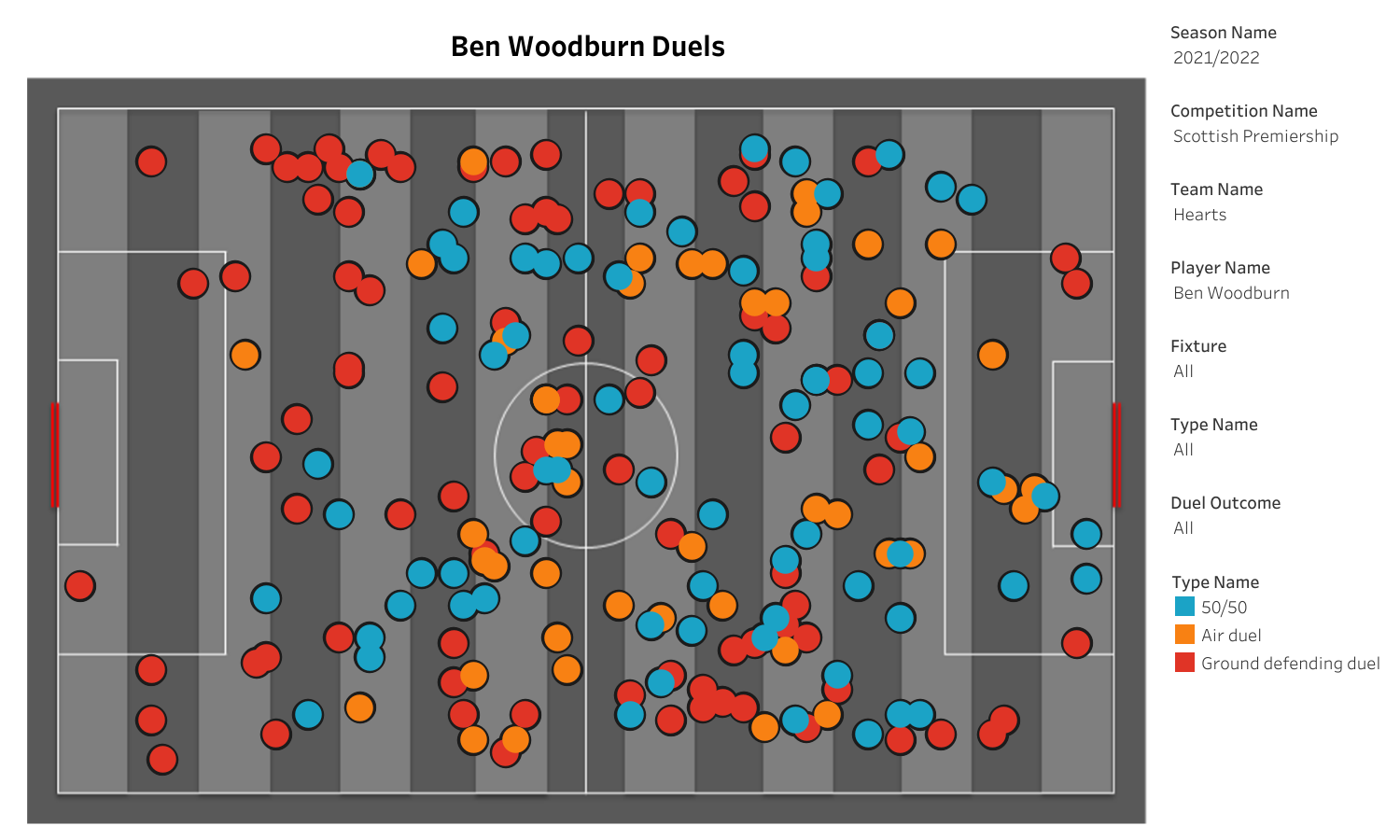 Ben Woodburn spent a lot of time on the pitch and made substitute appearances in some of the matches. He was dropped by the manager in some of the games. However, the player has a promising future and may sign with Hearts for regular game-time this season. Hearts are also keen on acquiring the Liverpool youngster as that would boost their chances of finishing above Celtic and Rangers in the Scottish Premiership table.