Scottish Premiership side, Livingston, signed Bruce Anderson on a free transfer from Aberdeen in the summer. The striker had already spent some time playing for four different clubs on loan. His hunger for more game time earned him a move to Livingston. The 23-year-old was impressive in his first season at the club, and the striker finished the season as the top goalscorer for his side despite missing the last few games due to an injury. He scored 11 goals in the season and also provided four assists. The player is young and was signed on a free transfer. Here are some of the stats that will show why the youngster is considered the bargain of the season. 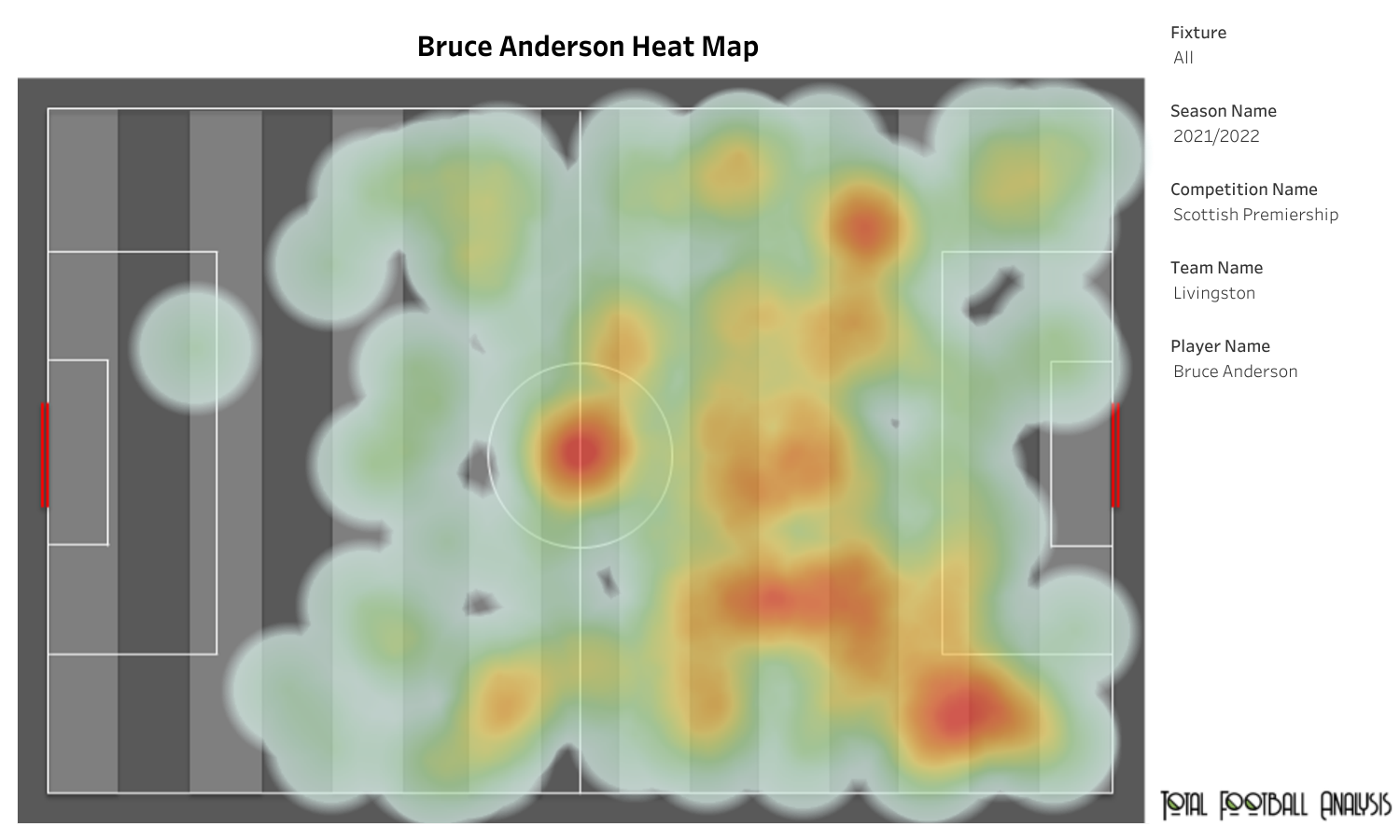 Bruce Anderson made 28 league appearances for Livingston this season, and these included 20 starts. He played his last match against Celtic in March, and an injury sidelined him for the remainder of the season. The centre-forward led the one for his side in those matches, and the above viz shows his heat map for the season. He started in the centre but covered a lot of ground on the pitch. The striker took 50 touches inside the opposition’s penalty box. 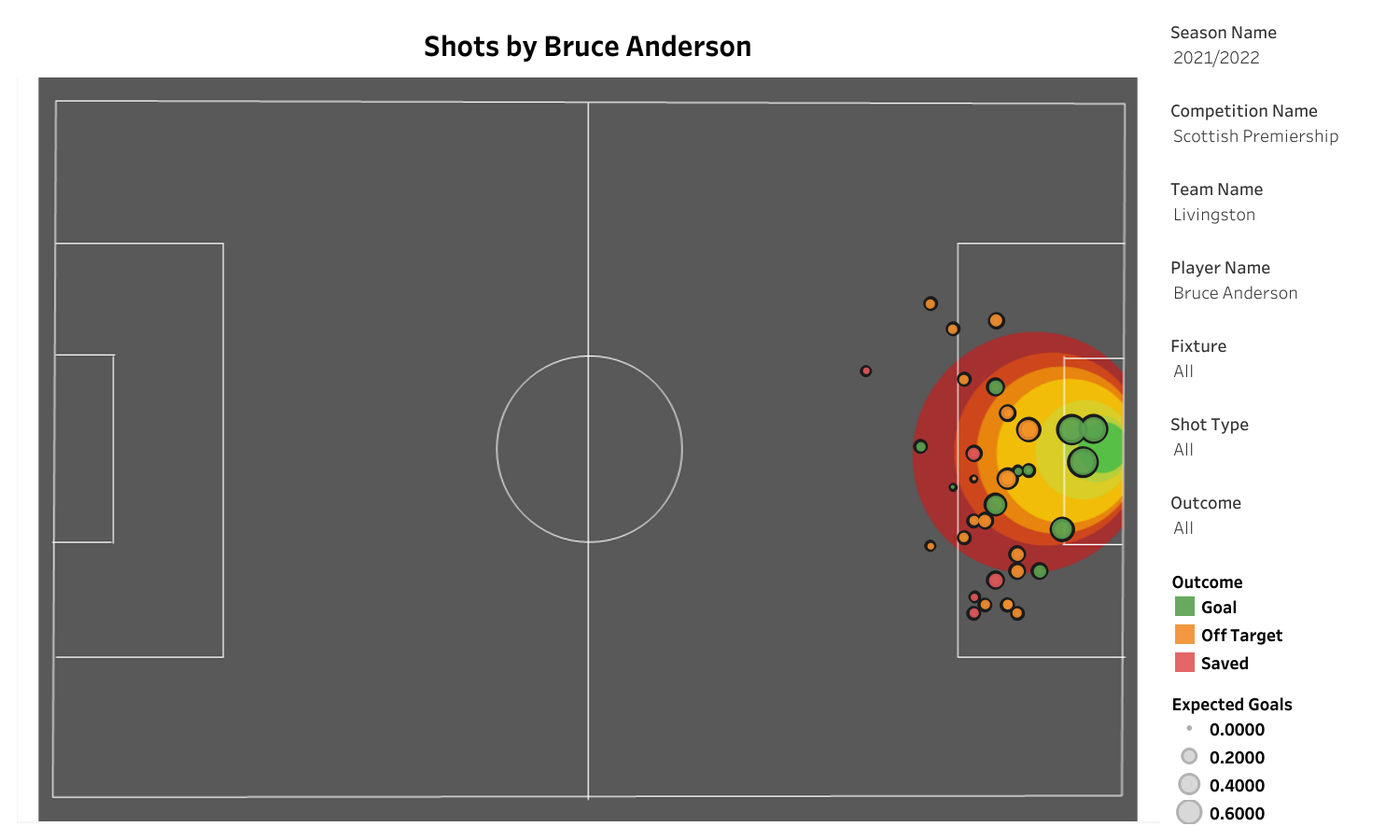 The 23-year-old was very effective in front of the goal. He took dangerous positions inside the opposition’s penalty box and scored 11 goals. The above shot map shows all the 34 shots attempted by the striker. He managed to hit the target 13 times, with 11 of them finding the back of the net. Of the 34 shots, only four were attempted from outside the opposition’s penalty box, with a 50% shot accuracy rate. The player averaged 0.36 xG per 90 minutes. 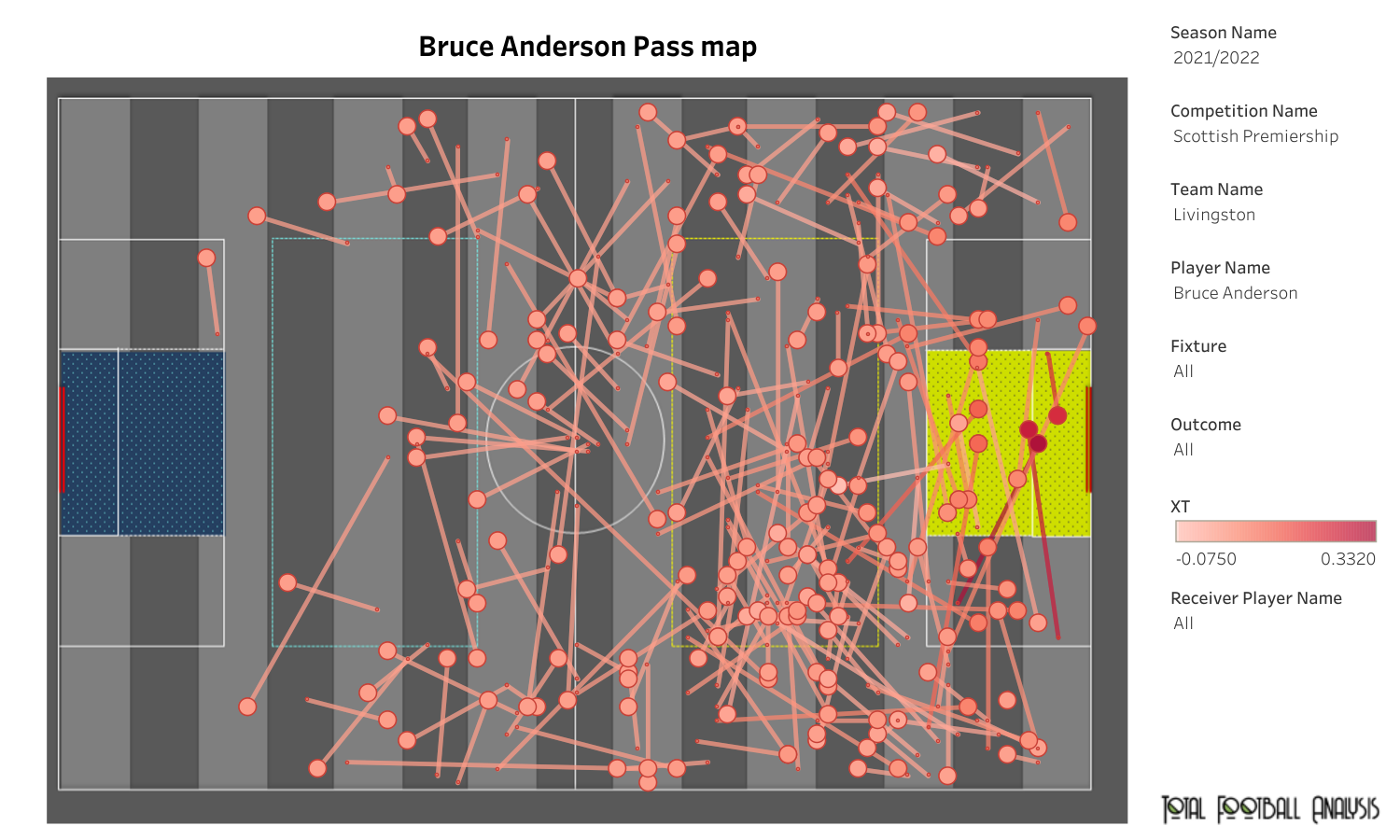 Bruce Anderson was also involved in some link-up play with his other teammates. He provided four assists and was the joint-highest assist provider for his side. The above viz shows that he has exchanged a lot of passes by taking some wider positions. The highest threat is created by the passes attempted by him into the opposition’s 6-yard box. 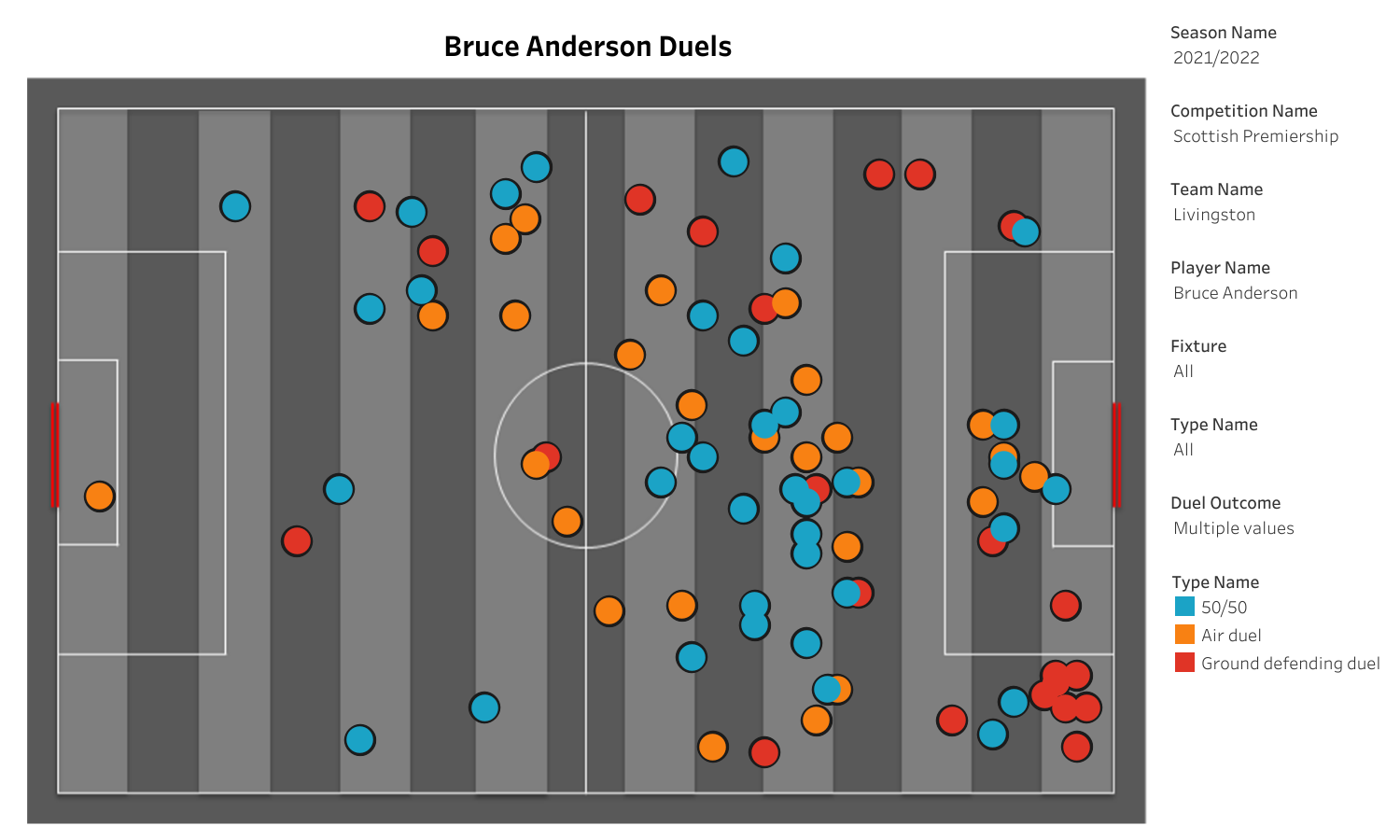 Anderson is not shy to make tackles and contest duels on the pitch. The above viz shows all the duels won by the striker or the duels that ended in a neutral result. Most of the duels contested by him have been loose ball duels or aerial duels. He has even helped his side to defend against some of the attacks by winning duels inside his team’s half. His other defensive contributions included 36 recoveries, and 28 were made inside the opposition’s half. The striker has also made 28 crucial interceptions to break the opposition’s play.

Bruce Anderson helped his side by creating and scoring goals. He was also involved in a few defensive actions and made some huge contributions to his side. The striker was signed for free and has made the most goal contributions for Livingston. He is still only 23, and many teams will be watching his performance in the upcoming season.