St. Johnstone secured safety in the Scottish Premiership after winning a two-legged relegation/promotion tie against Scottish Championship side, Inverness CT. St. Johnstone had a very poor season as they were the lowest goalscoring team in the league. They managed to find the back of the net only 24 times in 38 matches. However, one player who helped them to survive in the league was their striker Callum Hendry. The 24-year-old scored eight goals for his side, and these comprised 33.33% of the goals scored by his team. He was the main driving force behind their survival in the league. 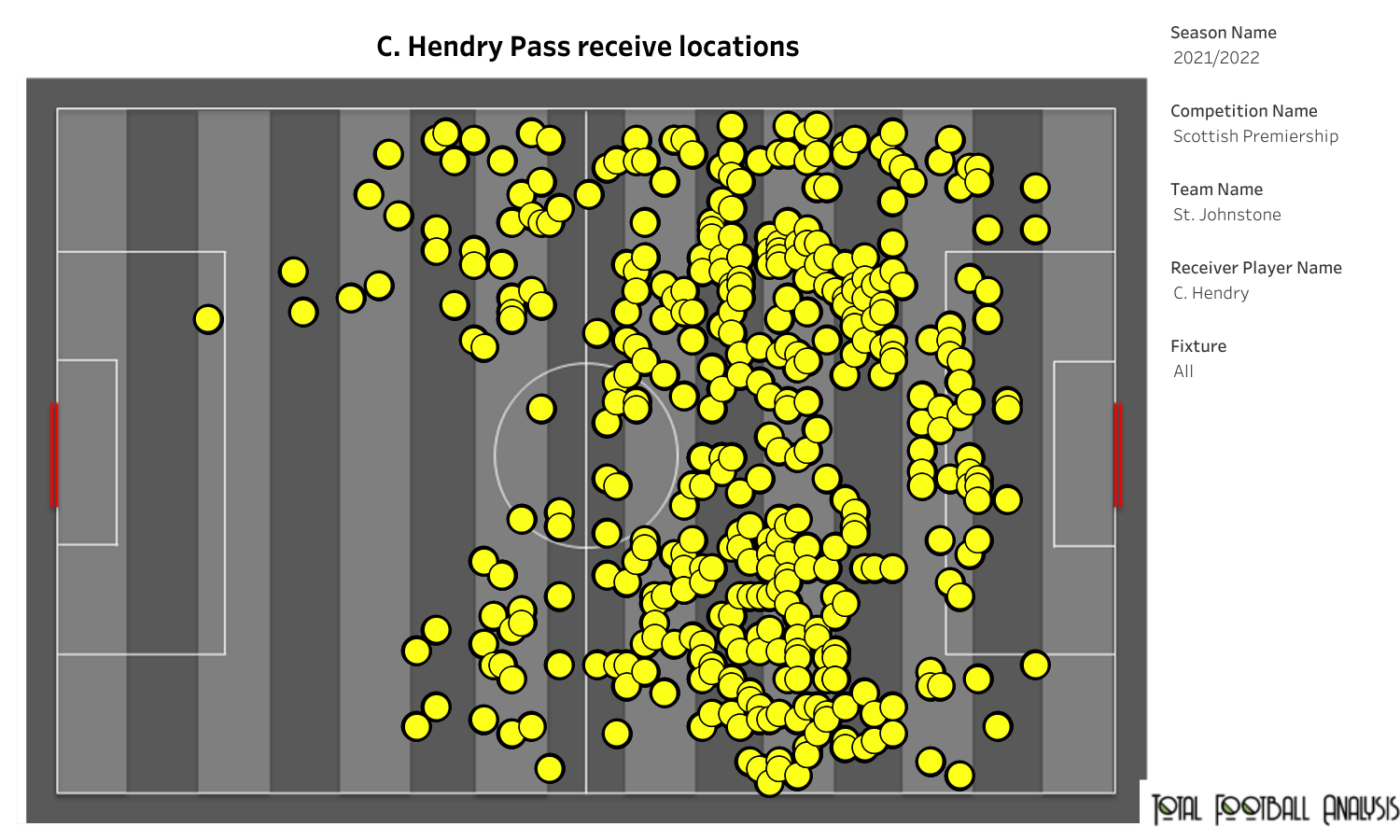 The striker made 19 appearances in the league this season and averaged 0.45 goals per 90 minutes. He was not available for the whole season, and this was one of the reasons why his side scored fewer goals. The above viz shows all the pass receiving locations of the player. He covered a lot of ground in the middle third and the attacking third. He had 43 touches inside the opposition’s penalty box, with an average of 2.44 touches per 90 minutes. 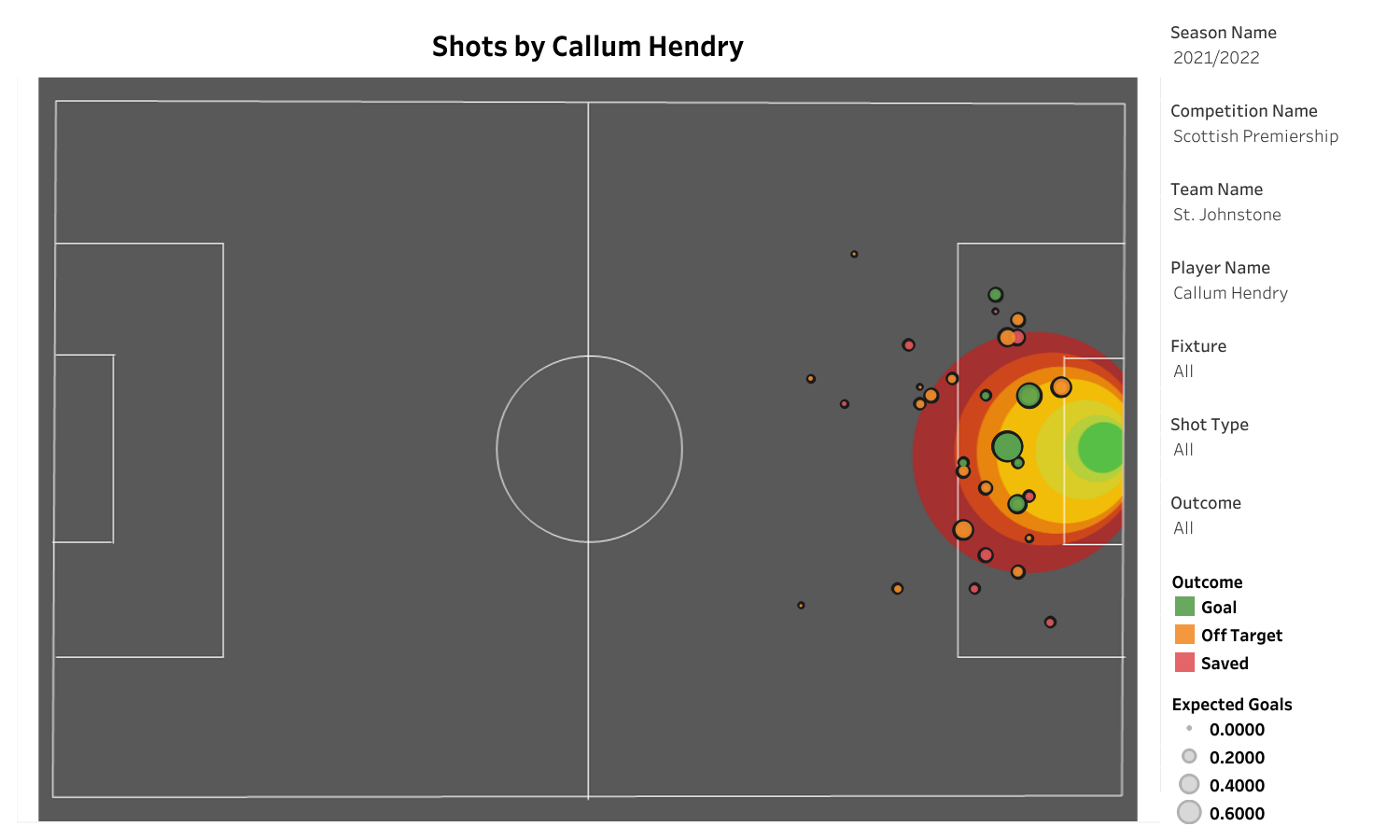 Hendry attempted 33 shots with an average of 1.87 shots per 90 minutes. The player managed to hit the target 16 times, with a shot accuracy rate of 48.48%. Of the eight goals scored by Hendry, two came off the penalty spot. A total of 24 shots were attempted from inside the opposition’s penalty box, and 14 of them were on target. He scored five goals against the teams in the bottom half of the table and three against those in the top half. 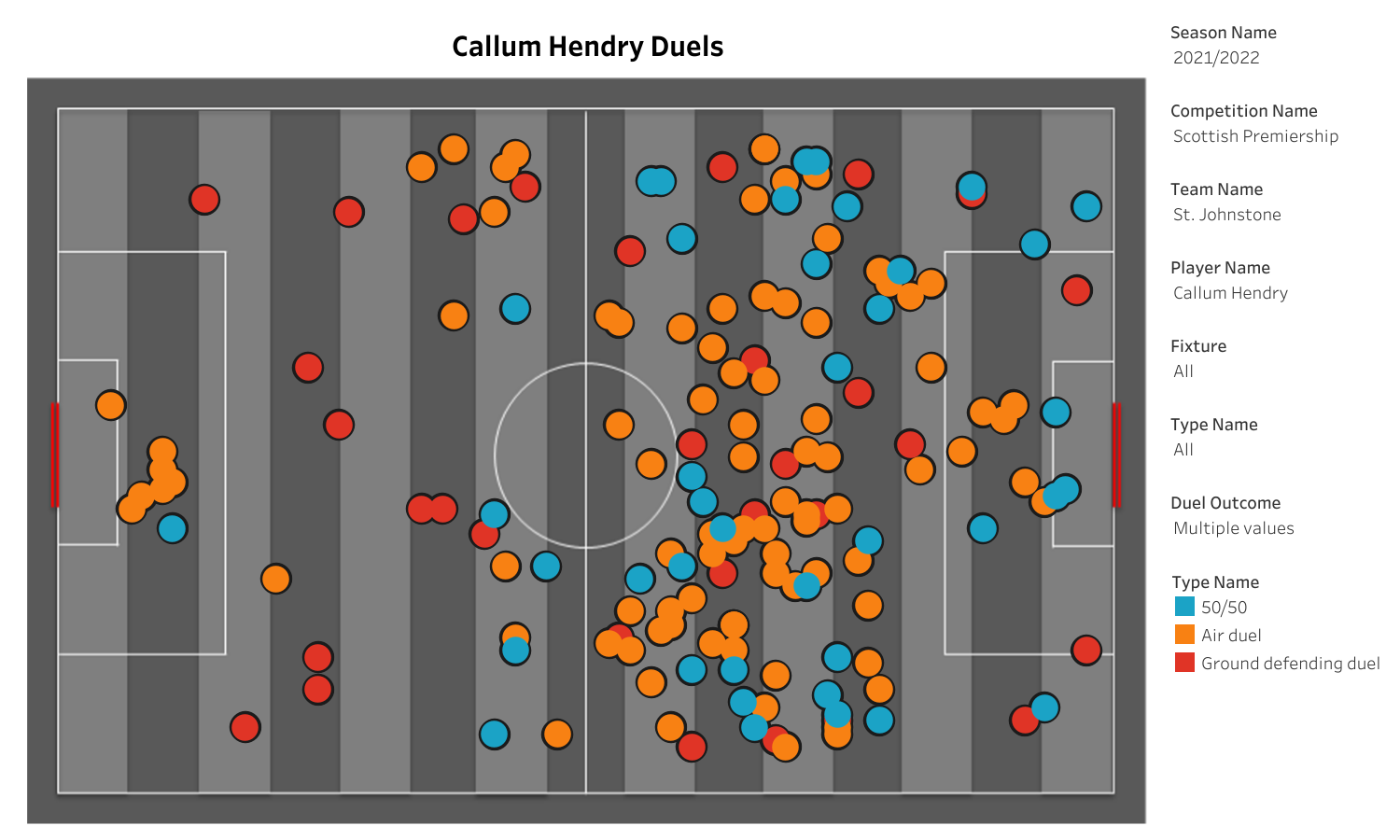 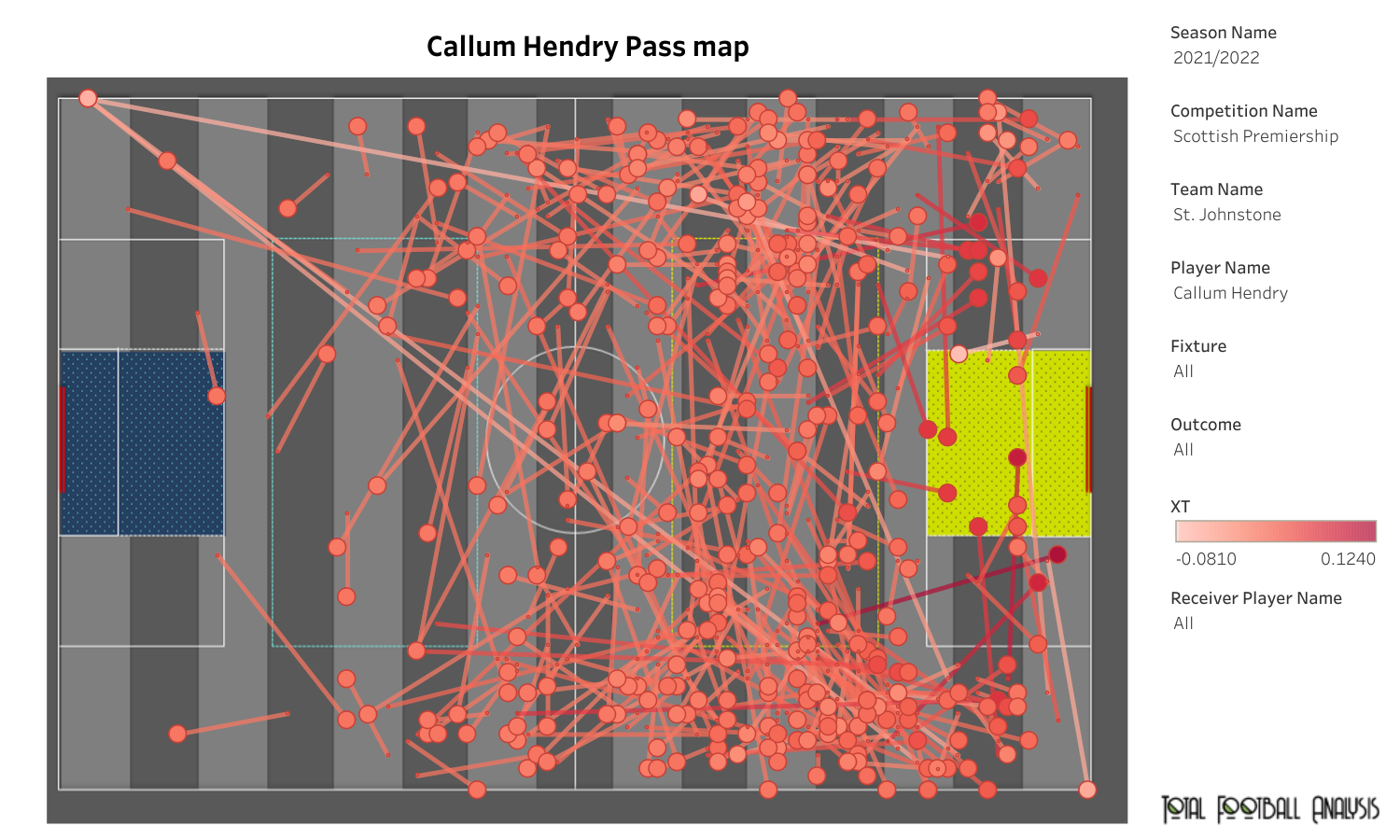 The 24-year-old scored some crucial goals that helped his side survive in the Scottish Premiership. He was very clinical with his finishing from inside the opposition’s penalty box. The player was a threat in the air and was involved in link-up plays. Callum Hendry is also gaining the interest of other clubs and could be on the move away from St. Johnstone. However, the club will try their best to retain the striker.