Aberdeen youngster, Calvin Ramsay, had an impressive season in the Scottish Premiership. The 18-year-old right-back was only in his second season at the top level, and this was his first full season. He was a regular at the start of the season, but injuries affected his game-time, and he spent more than two months on the treatment table. However, the player was very impressive in the 24 matches that he appeared for the Dons. The Scotsman provided the joint highest number of assists (four) for his side at the end of the season.

Ramsay started in 20 matches and came off the bench in four other matches. He provided four assists, and one of them was against Celtic. The right-back provided all the four assists in the first ten appearances. He was unable to provide an assist in the last 14 matches but scored his first goal for Aberdeen in April against Dundee in a 2-2 draw. 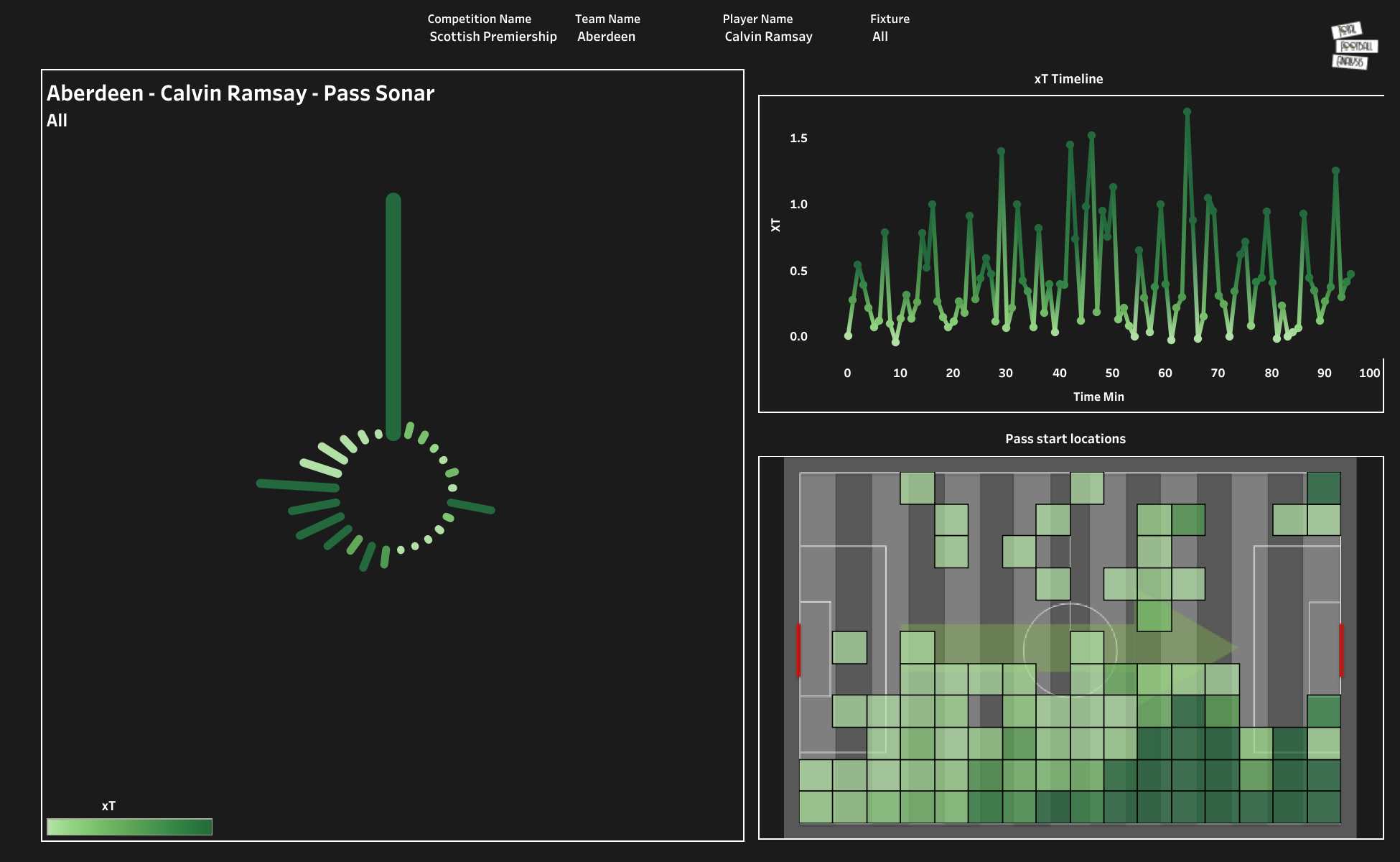 The 18-year-old right-back averaged 37 passes per 90 minutes with a 78.34% passing accuracy rate. Only Rangers’ right-back James Tavernier, Celtic’s right-back Anthony Ralston, and Motherwell’s left-back Jake Carroll provided more assists than Ramsay while playing as full-backs in the league. The above viz shows the pass start location as well as the threat created from passes at different intervals. The xT timeline shows that Ramsay was effective during the mid-phase of the matches. His pass start location shows that he was handed the corner duties from the left side. The full-back stretched the opposition defence and attempted 4.23 crosses per 90 minutes into the opposition’s penalty box in the recently concluded season. 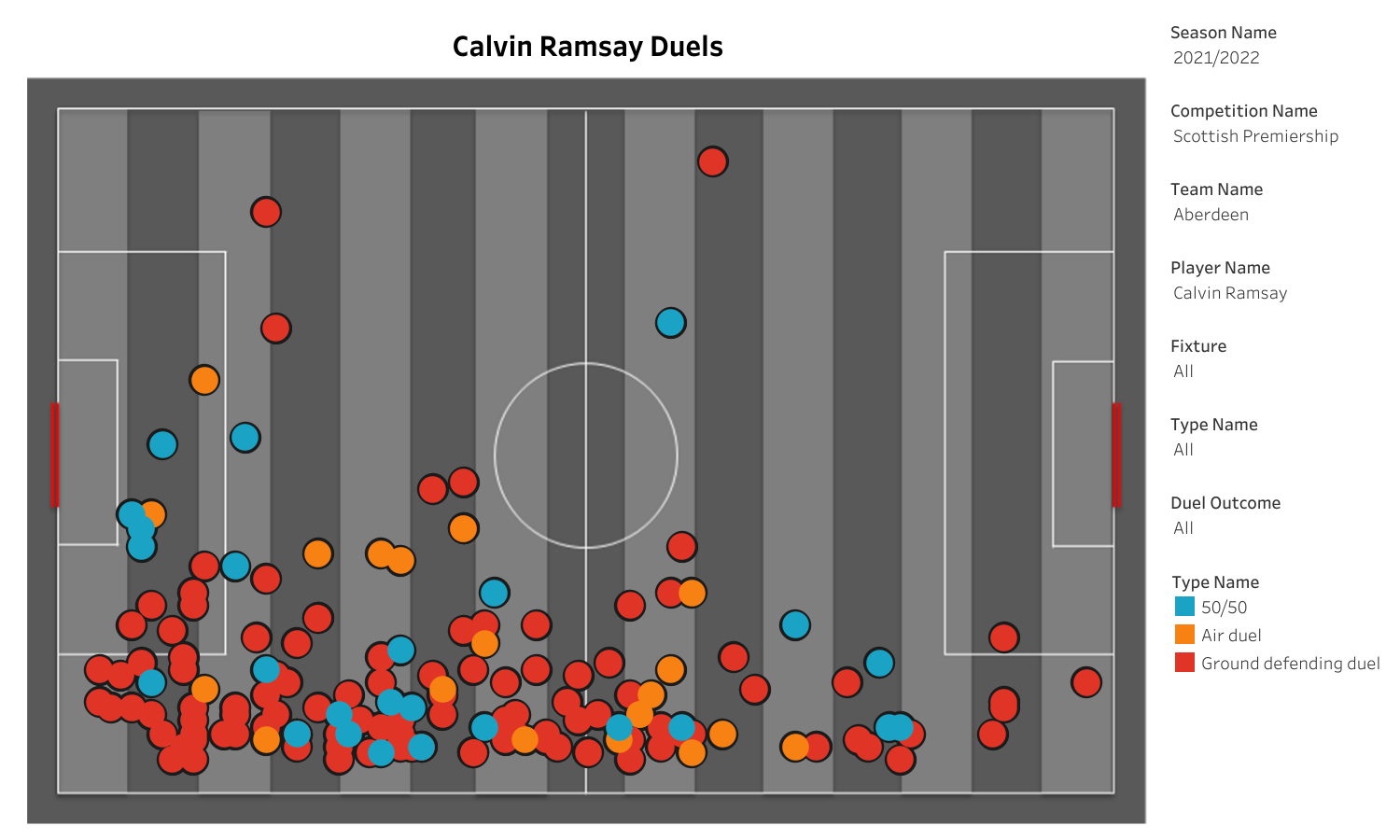 Ramsay is being heavily targeted by Liverpool. With Neco Williams moving to Fulham (on loan), the Reds are without a second-choice right-back. They have Joe Gomez and James Milner, but these players are temporary back-ups for Trent Alexander-Arnold. Liverpool are in advanced talks with the youngster and are likely to make a move for him. Calvin Ramsay could be on his way to English Premier League powerhouses.