Celtic are on the brink of adding another Scottish Premiership title to their trophy cabinet. They have a six-point lead over their rivals, Rangers, with only three games remaining in the season. Celtic have scored the most goals and have the best defence in the league this season. Their defence has only conceded 20 goals, and one of the reasons behind this is their on-loan signing of Cameron Carter-Vickers from Tottenham Hotspur. The 24-year-old USA international player has been at the heart of Celtic’s defence this season and has helped his side keep 16 clean sheets in 30 appearances. His performances have ignited the interest of many English Premier League clubs, and he could be on the move. However, Celtic still have an option to buy the player if he agrees, and here are some of his season’s stats that will tell you more about his performances this season. 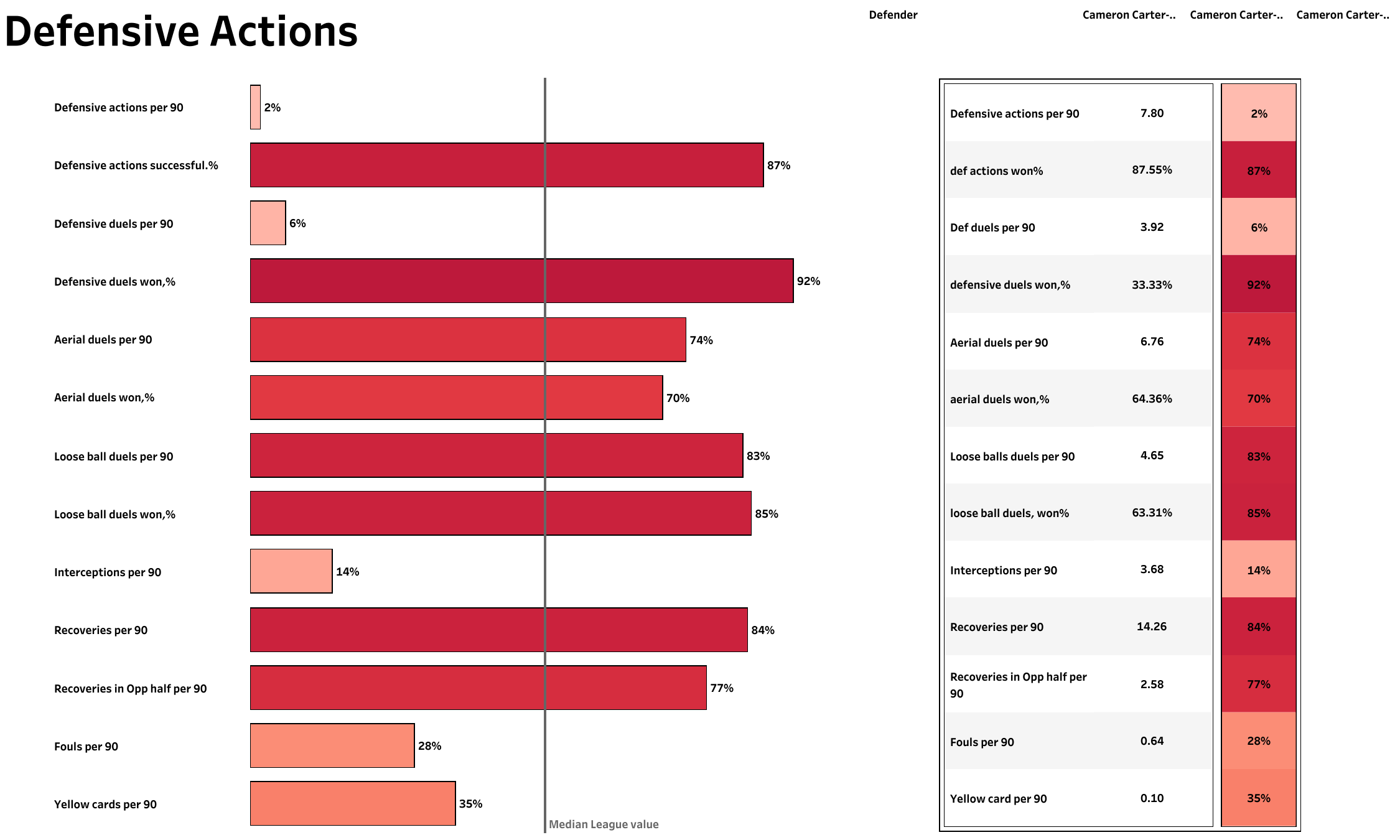 When looking at the above chart, the general rule is that the longer the bar, the better the performance — you can see the league average in the middle, and the % is the percentile rank the player is in. These stats are in comparison to the other defenders in the league. The centre-back has contested very few defensive actions and has a very low percentile rank for defensive actions as well as defensive duels. However, he has managed to win 64% of his aerial duels and also has a high recovery rate on the pitch. 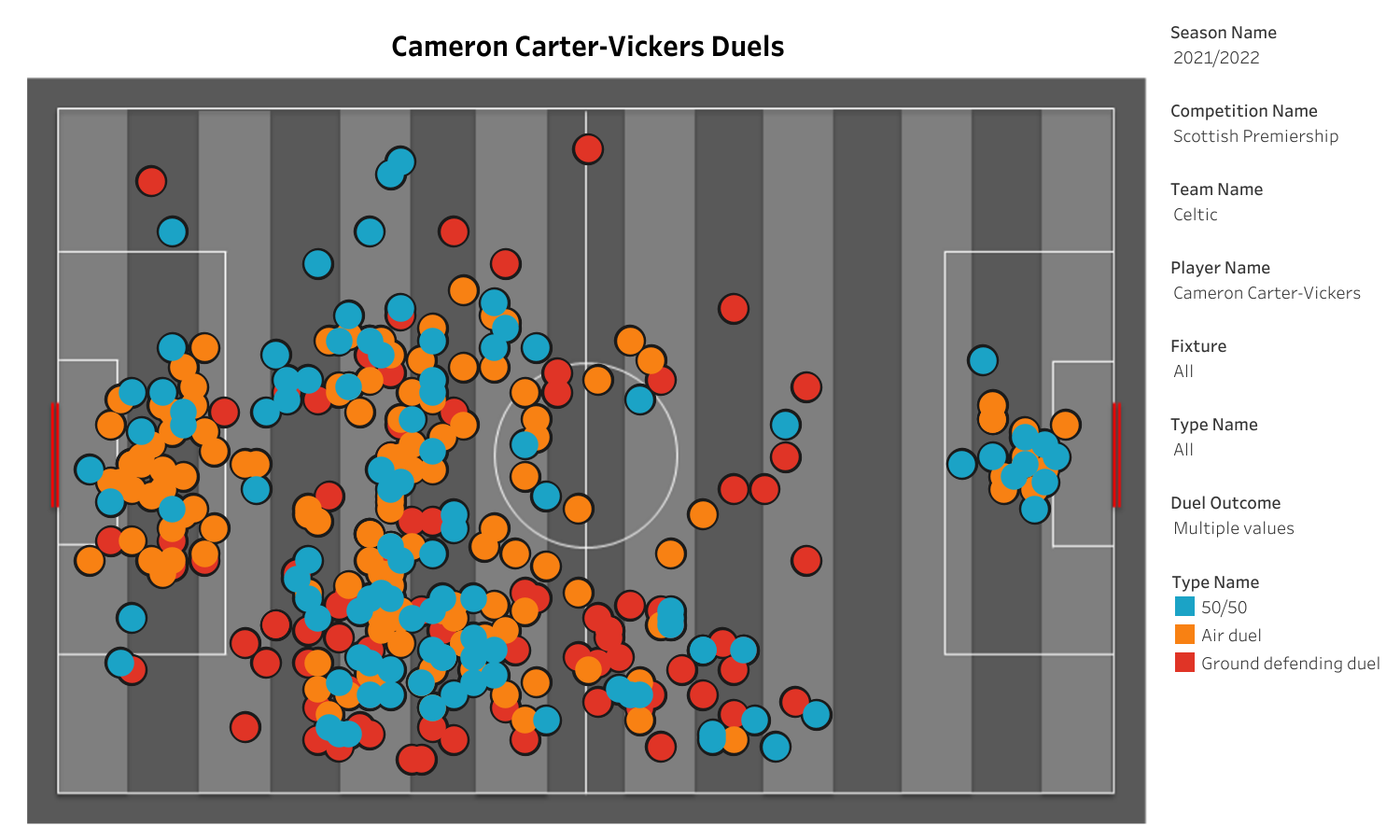 The above viz shows all the duels that were won by the defender or ended in a neutral result this season. Carter-Vickers has featured as the right centre-back for his side this season. It can be observed that most of the duels have been contested around the middle third and in the defensive third of the field. He has contested 202 aerial duels and has won more than half of them. He has proved that he is strong in the air and has even won a few loose balls and aerial duels inside the opposition’s penalty box. 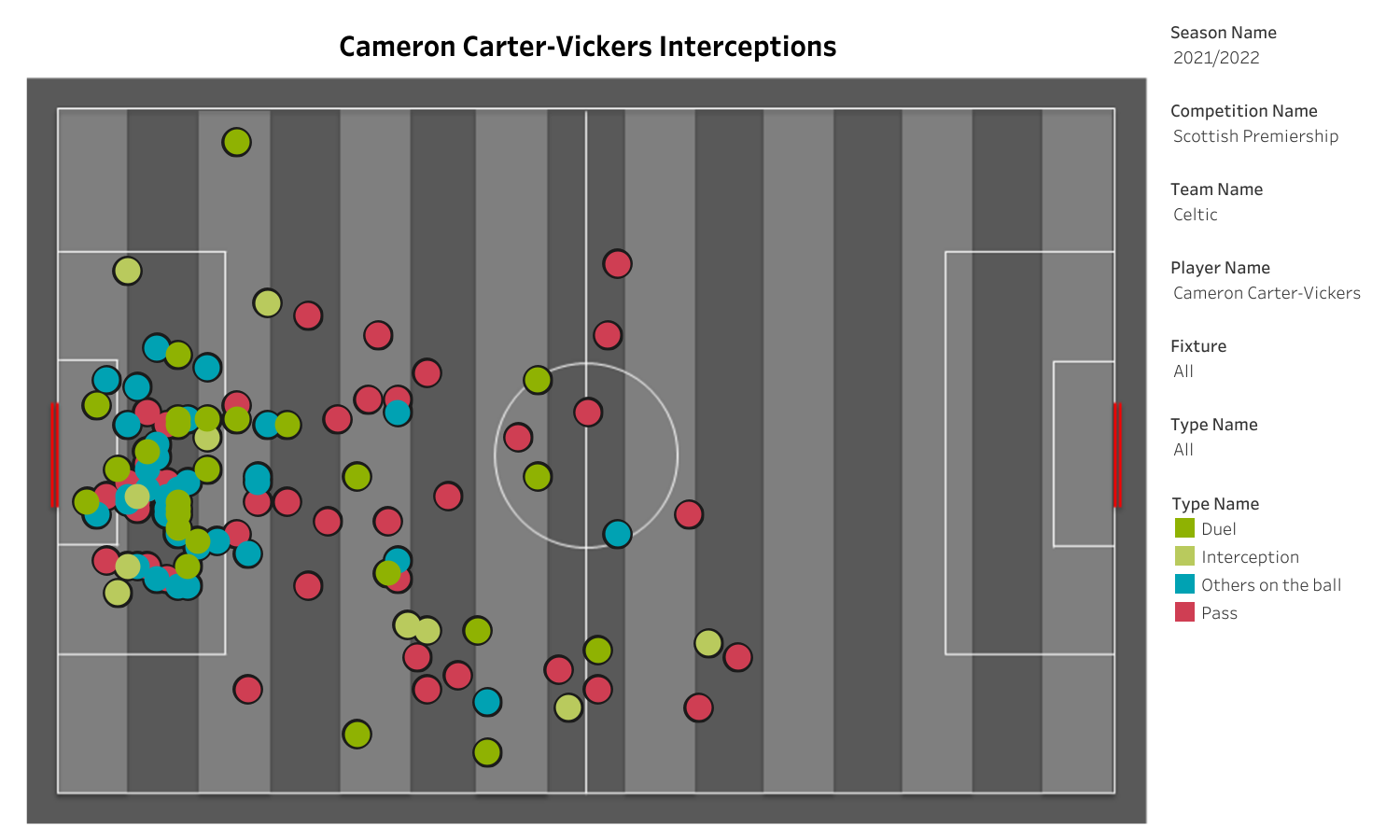 The 25-year-old has made 110 interceptions, most of them inside the defensive third. He has made a lot of interceptions when other players are on the ball. Other than this, the player has also intercepted some of the passes attempted by the opposition players. Carter-Vickers also made 426 recoveries this season, and 77 were made inside the opposition’s half. 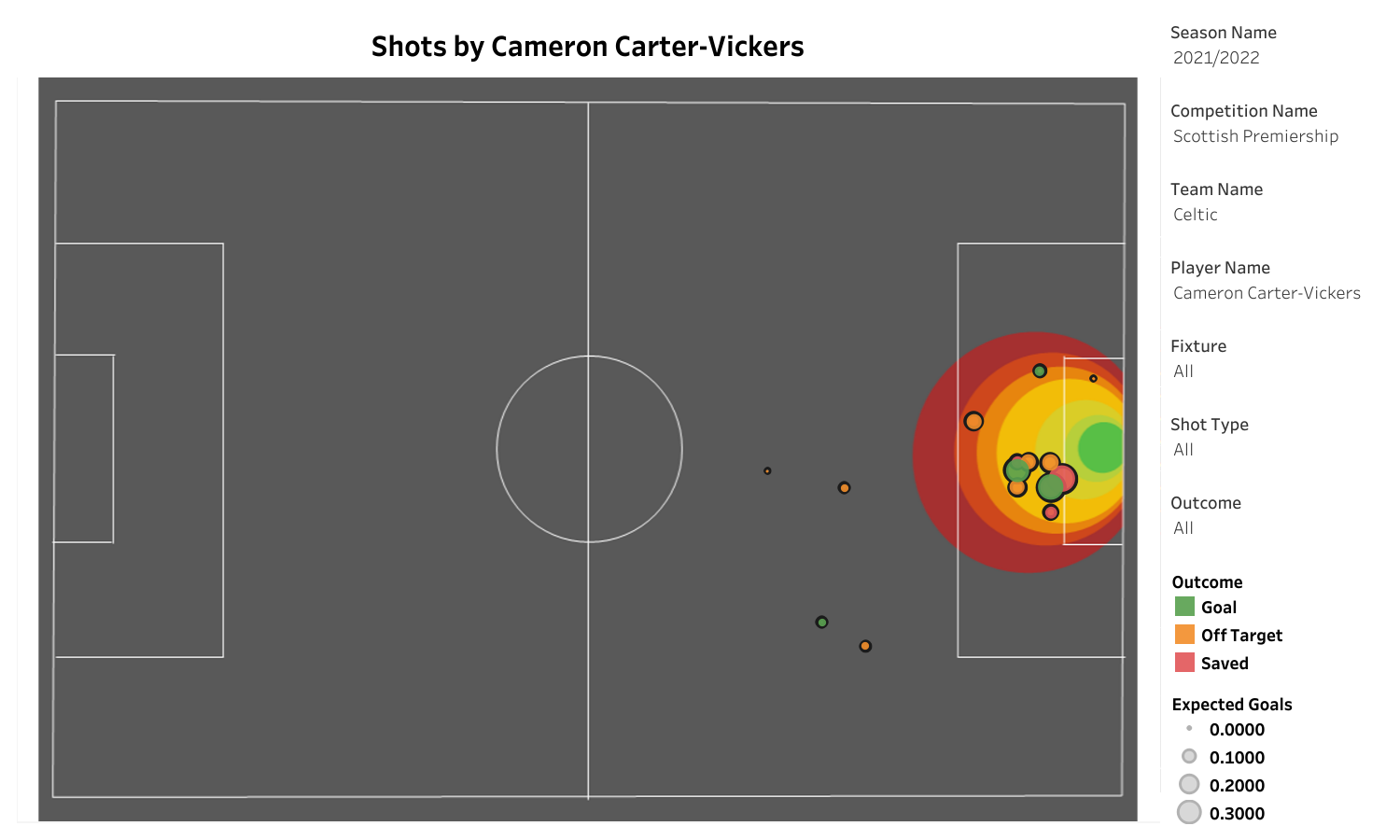 Cameron Carter-Vickers has not only contributed to the defensive side but is also a threat while going forward during corners and other set-pieces. He has found the back of the net four times this season. The above shot map shows all the 16 shots attempted by the defender. He has managed to hit the target eight times with a 50% shot accuracy rate. The defender has even managed to score a goal from a long-range effort from outside the opposition’s penalty box. Other than this, he also has an assist to his name.

The defender has contributed equally towards the defensive and attacking sides. He is one of the main reasons behind Celtic’s success this season. However, Celtic will find it hard to keep hold of the defender and sign him permanently as other clubs are also keeping an eye on him. There are still chances that Carter-Vickers might stay at the Scottish club.