Connor Ronan spent a successful loan spell at Scottish Premiership side, St. Mirren. The 24-year-old Irish midfielder plays for English club Wolverhampton Wanderers and is likely to leave in the summer. He is being targeted by several Scottish teams after being impressed with his performances last season. Ronan can score goals and can also set up a few goals for his teammates.

The central midfielder made 26 appearances for the Scottish side last season in the league. He found the back of the net seven times and also provided five assists. 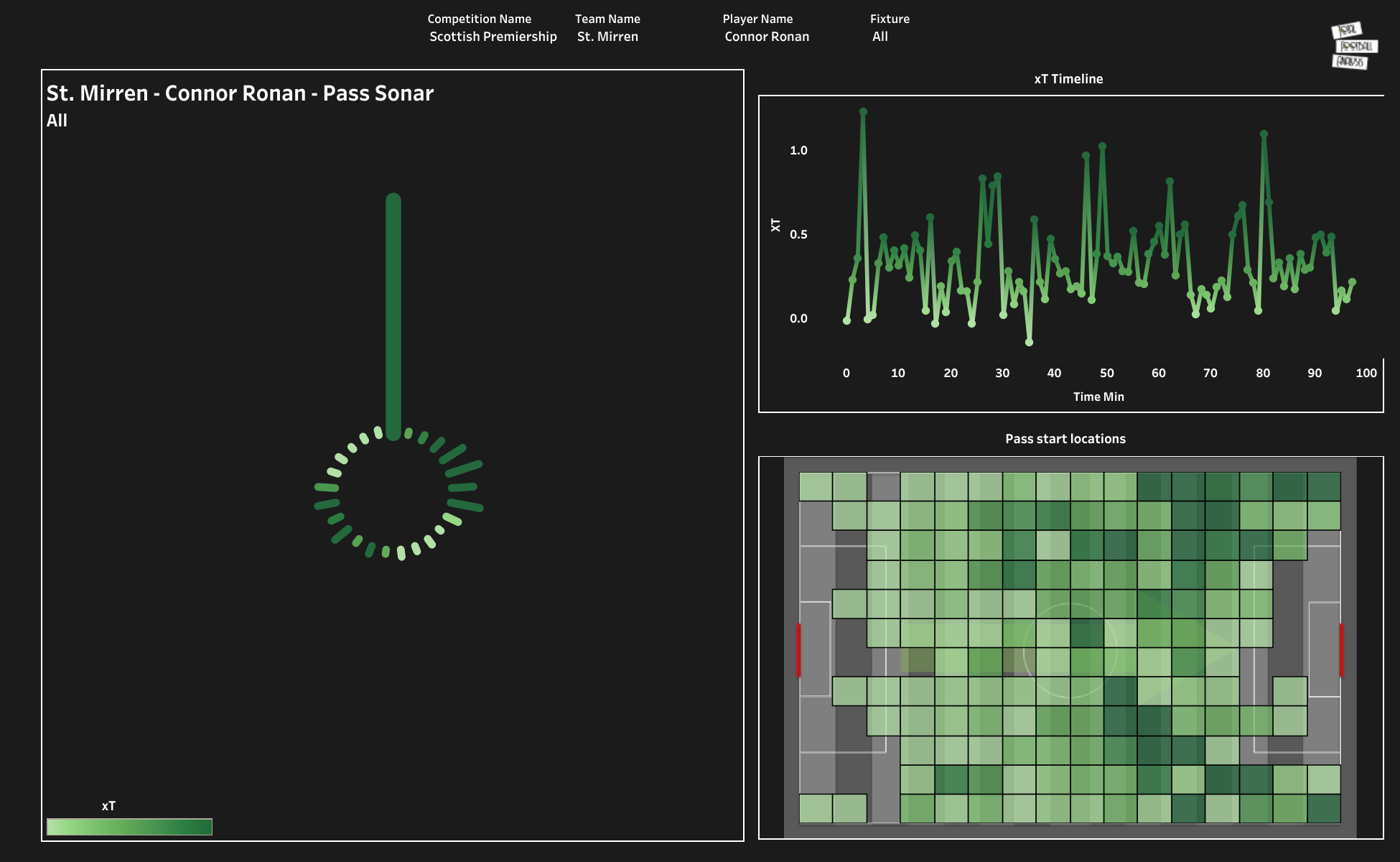 The above viz shows the pass start location as well as the threat created by the passes at different time intervals. Ronan mostly featured as the left central-midfielder but also played towards the right in some of the matches. We can observe that he likes to go wide and stretch the opposition defence. The midfielder found a few spaces inside the opposition’s 6-yard box and mostly dictated the play from outside the opposition’s penalty box. He also created more threats in the first half than in the second. 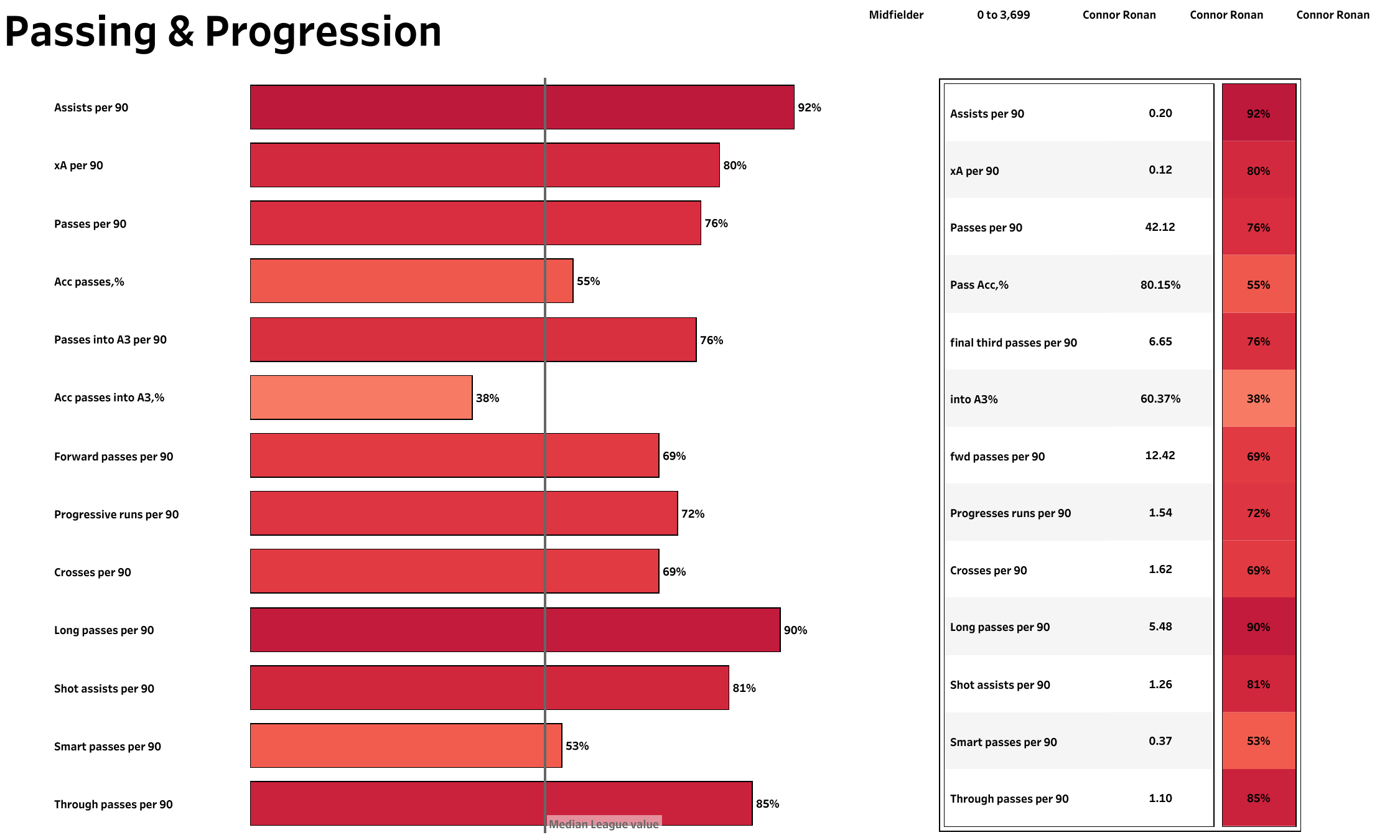 When looking at the above chart, the general rule is that the longer the bar, the better the performance — you can see the league average in the middle, and the % is the percentile rank the player is in. Ronan averaged 42.12 passes per 90 minutes with an accuracy rate of 80.15%. The above viz shows the percentile rank in comparison to the other midfielders in the league. He attempted 6.65 passes into the opposition’s penalty area and more than five long passes per 90 minutes. Most of the passes were attempted from a deeper position. 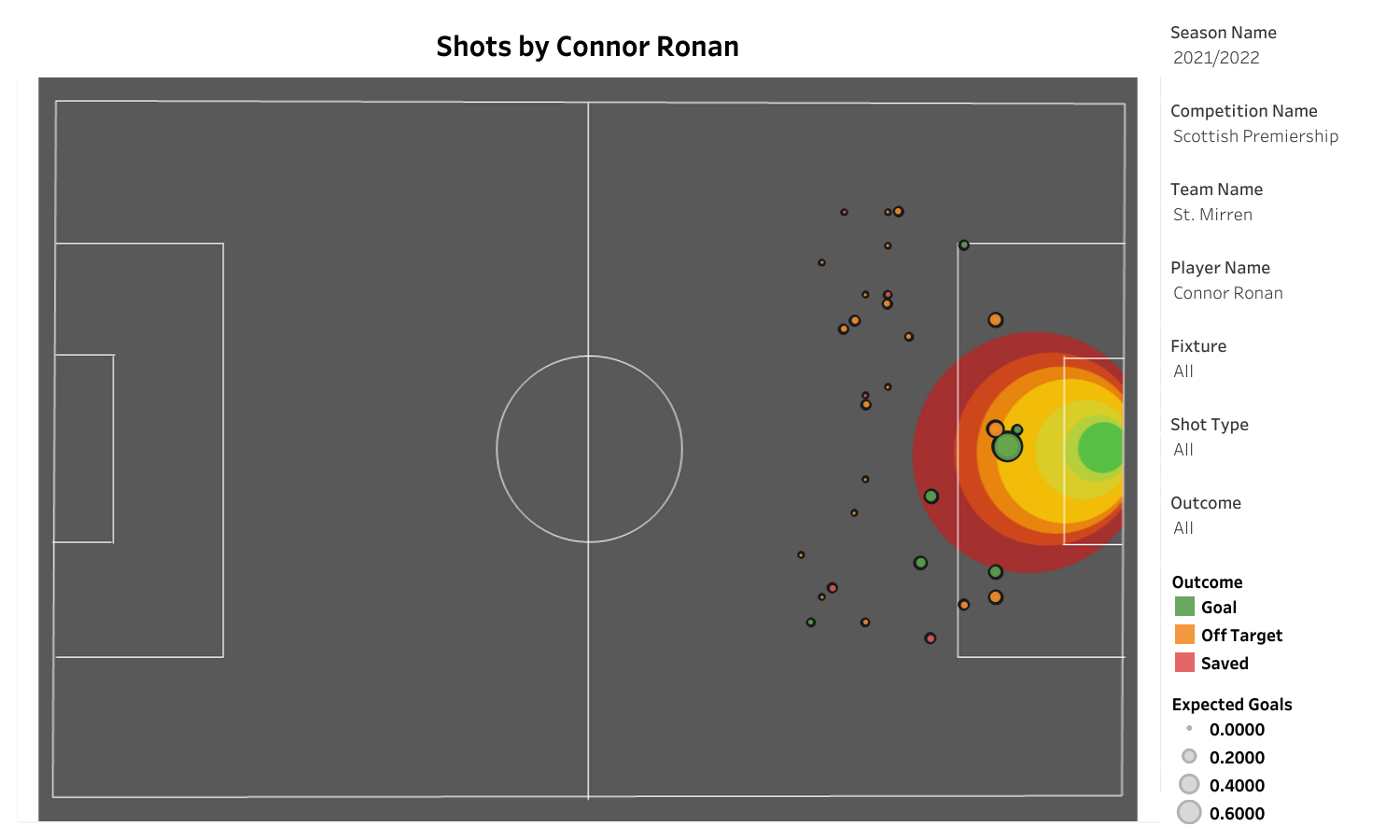 The above shot map shows all the 32 shots that were attempted by the midfielder last season. He managed to hit the target 12 times, with a shot accuracy rate of 37.5%. Of these 32 shots, Ronan only attempted eight shots from inside the opposition’s penalty box. He had a shot accuracy rate of 50% from inside the box. It can also be observed that most of the goals were scored when he attempted shots from the right side of the play. 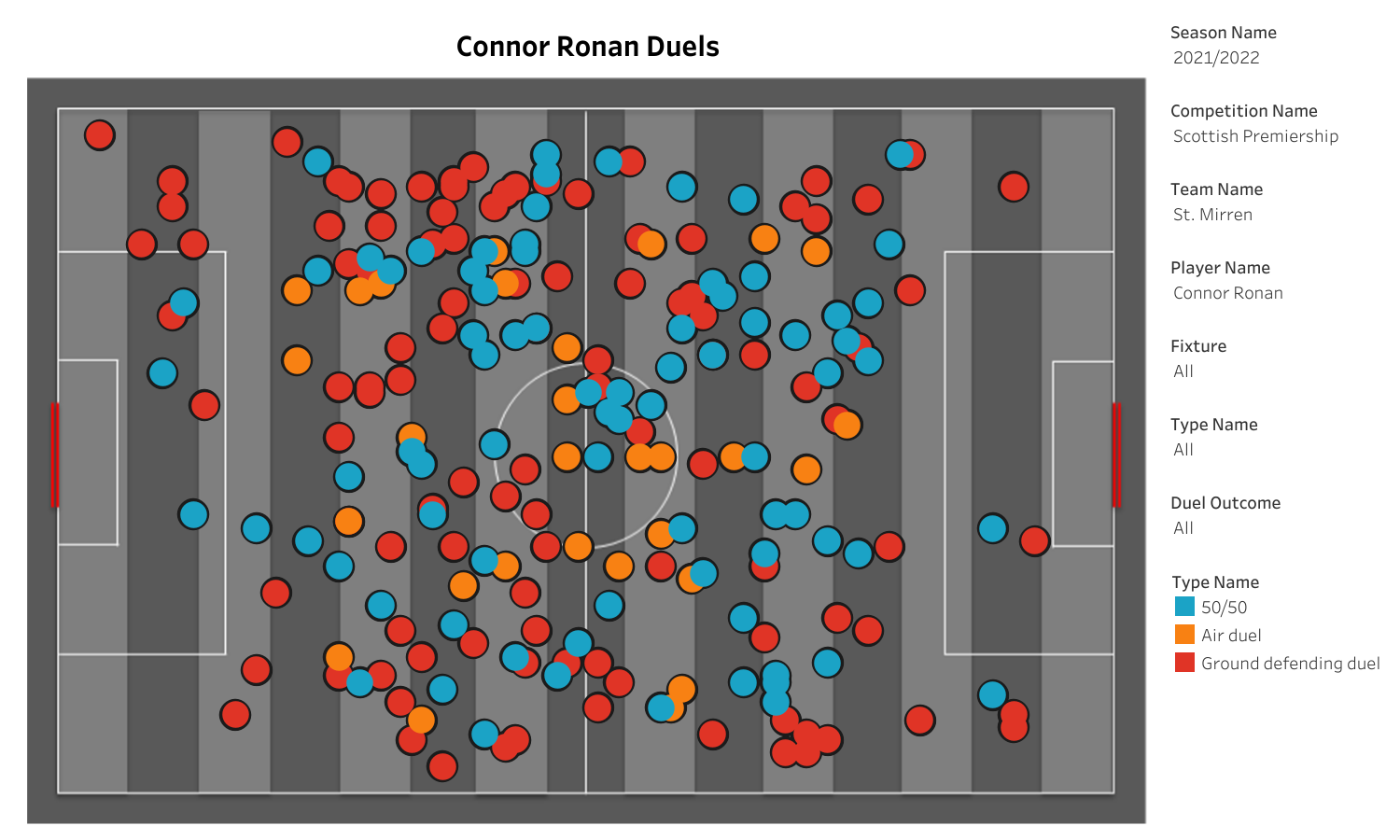 The midfielder is likely to make a move to a Scottish Premiership club. He is being targeted by several clubs and could be a good addition to their team. Ronan can score goals and deliver crucial passes from deep. Hearts are the favourites to sign him, and he might get some game-time in the European competition.