Rangers have added two top players to boost their squad for the Scottish Premiership 2022/23 season. They have signed two forwards to improve their attacking line in the form of Antonio Čolak from PAOK and Derby County’s captain, Tom Lawrence. Čolak was a target for the Scottish side for a long time, and Tom Lawrence is another excellent signing for the Scottish team. Rangers had a lot of problems towards the end of the season as they were without their strikers. Alfredo Morelos and Kemar Roofe were injured, and that cost them the UEFA Europa League title. Now, they have signed two of the best players, and some of the stats below show how these players could play a crucial part next season.

Čolak spent the first half of the season on loan at Malmö FF. He scored two goals against Rangers in the UEFA Champions League qualifiers and ended their hope of playing in the elite competition. The 28-year-old made 14 appearances in the competition and scored five goals, along with an assist. 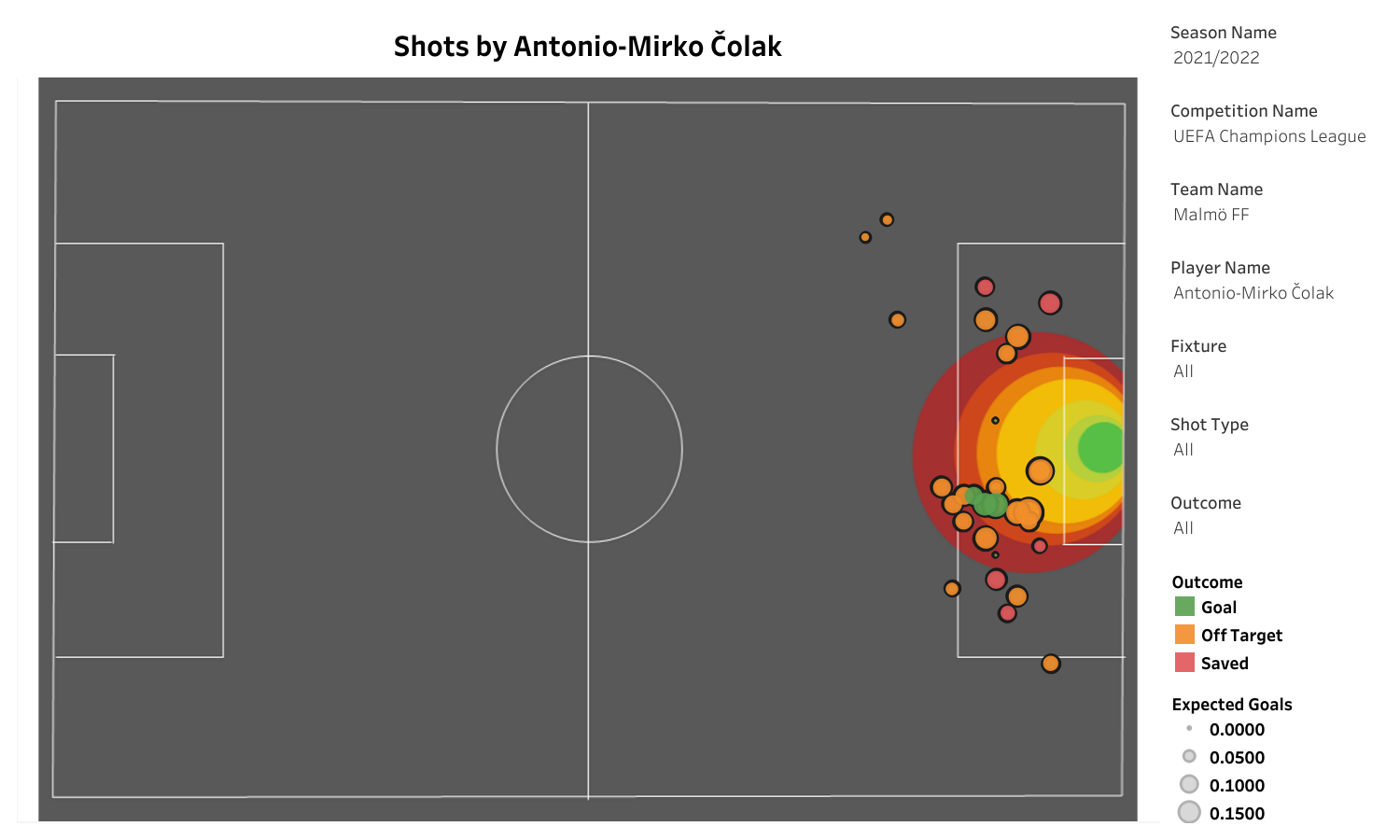 Čolak was involved in 4.7 attacking actions per 90 minutes and had a 32.8% success rate. He attempted 29 shots with an average of 2.02 shots per 90 minutes. The player hit the target ten times with an accuracy rate of 34.5%. Čolak took 47 touches inside the opposition’s penalty box, most of them on the right side. The above shot map also shows that Čolak attempted more shots from the right side. 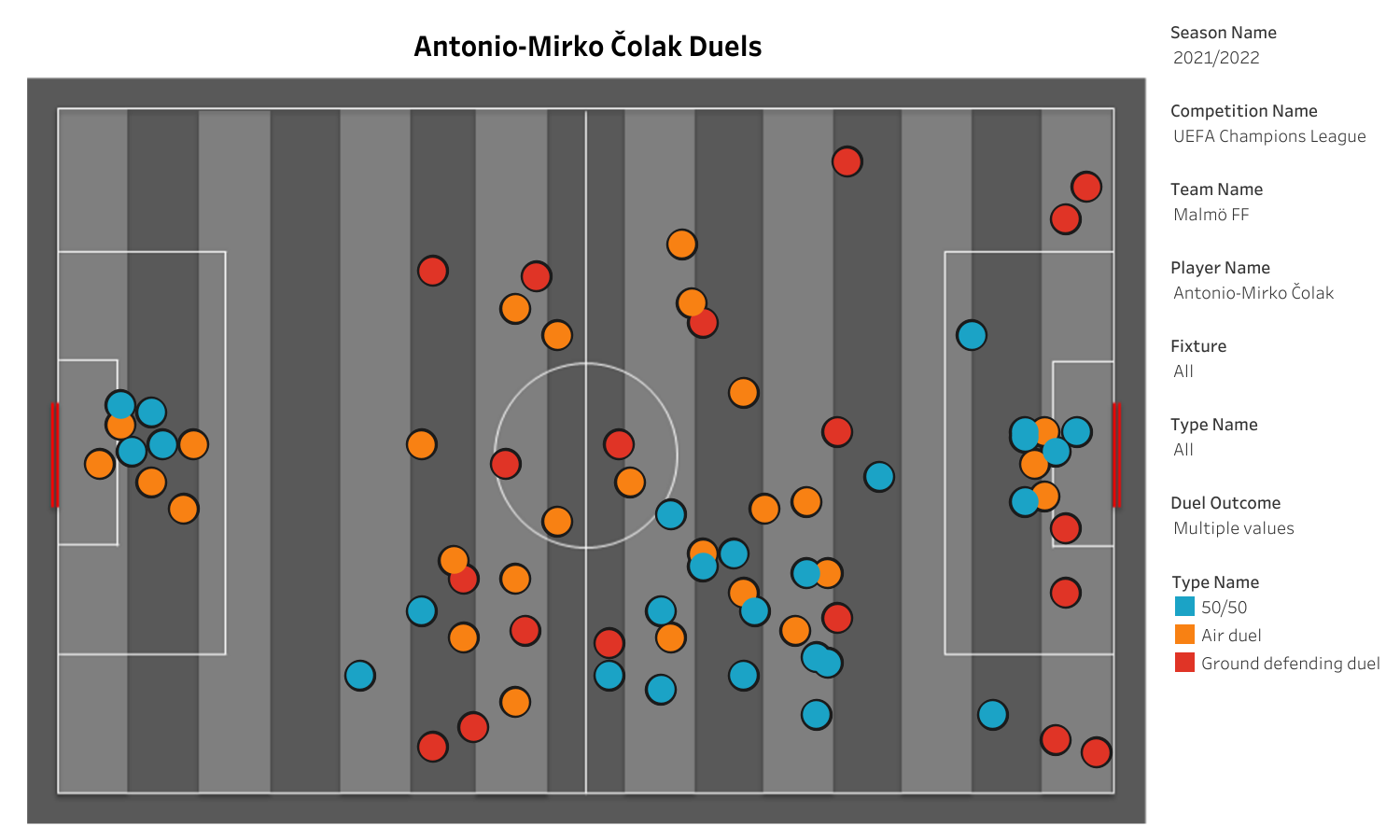 The above viz shows all the duels that were won by the forward. He won aerial and loose ball duels inside his team’s and the opposition’s penalty box. This shows that Čolak is a threat in the air and can win duels in some dangerous positions. 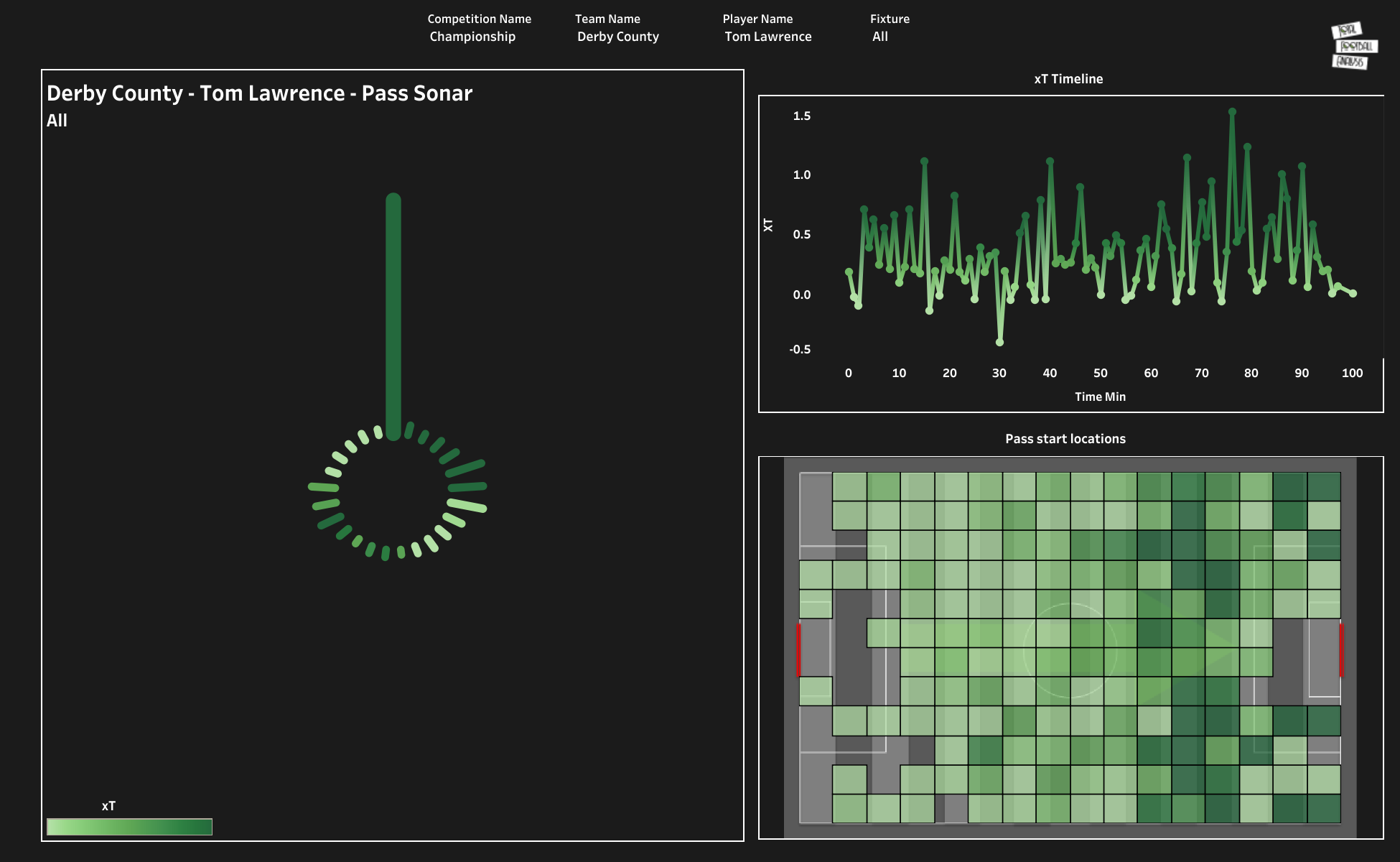 Lawrence left Derby County after spending five seasons at the club. He is a former Manchester United player who left the Championship side after they were relegated last season. Lawrence was a top performer for the Rams as he scored 11 goals and provided six assists in 38 league appearances. The above viz shows the pass start location and the threat created from passes at different time intervals. This shows that Lawrence featured in every possible area in the attacking third. He made the most appearances from the right. Rangers required a right-side player who could consistently perform. Lawrence will naturally fit into that role and could play a crucial part in helping Rangers get back to the Scottish Premiership title. 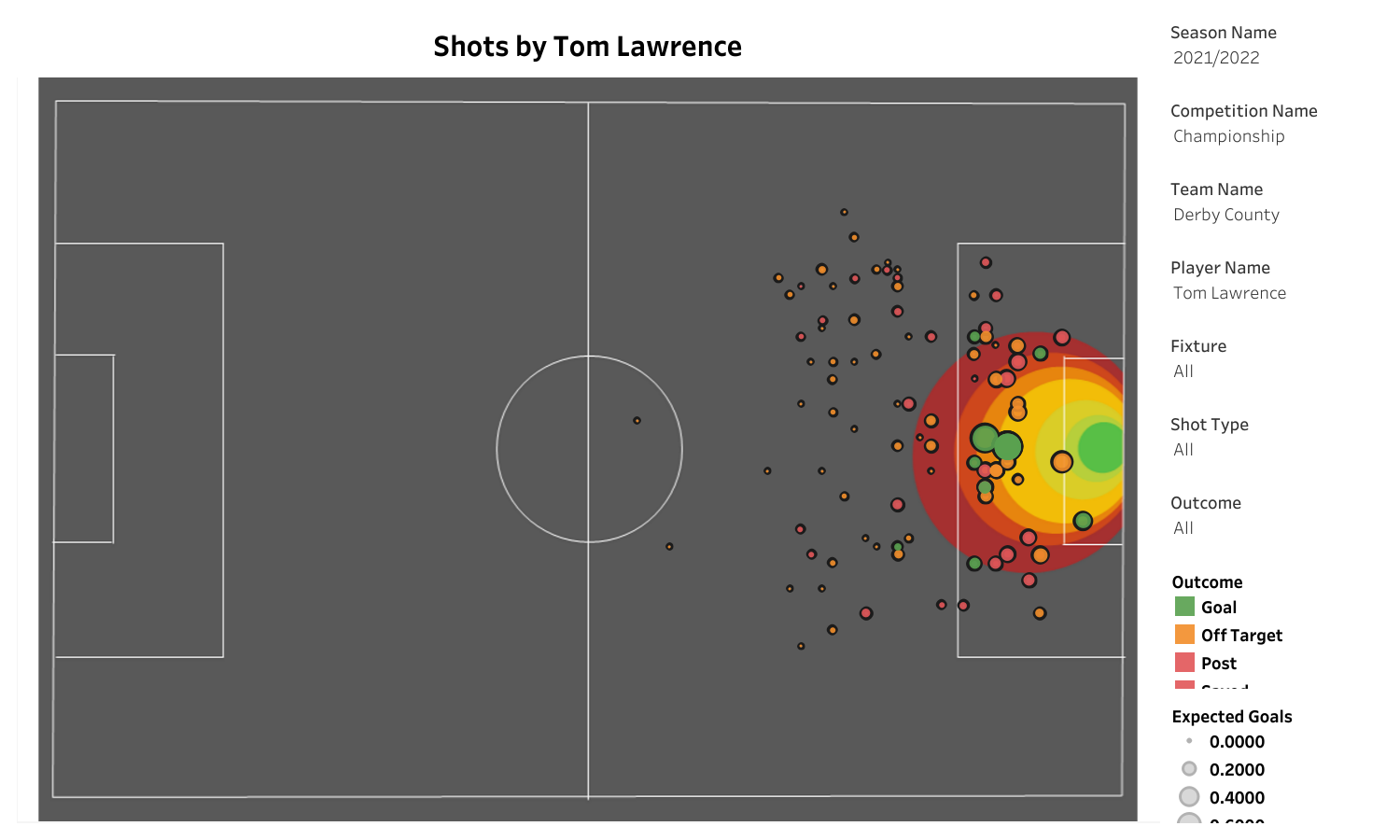 Lawrence was involved in 6.86 attacking actions with a 45.6% success rate. He averaged 2.28 shots per 90 minutes with an accuracy rate of 39.5%. The 28-year-old attempted a lot of long-range efforts, and this shows that Lawrence is a threat with the ball at his feet.

Antonio Čolak can form a partnership with Alfredo Morelos in the attack. Tom Lawrence is versatile and can play anywhere behind the strikers. Giovanni van Bronckhorst will look to get the best of these two in the pre-season and settle them into the team. They bring in a lot of experience and could prove to be handy next season.