Motherwell have signed Blair Spittal from Scottish Premiership rivals, Ross County. He spent three years at the club and was one of their standout performers last season. The midfielder showed versatility and was a good option in the attack as well as in the midfield. The 26-year-old signed a two-year contract with the new club and will have high hopes for the next season.

Spittal made 34 appearances for Ross County last season and seven came off the bench. He managed to find the back of the net five times and also provided three assists to his teammates. This was his most productive season for Ross County. 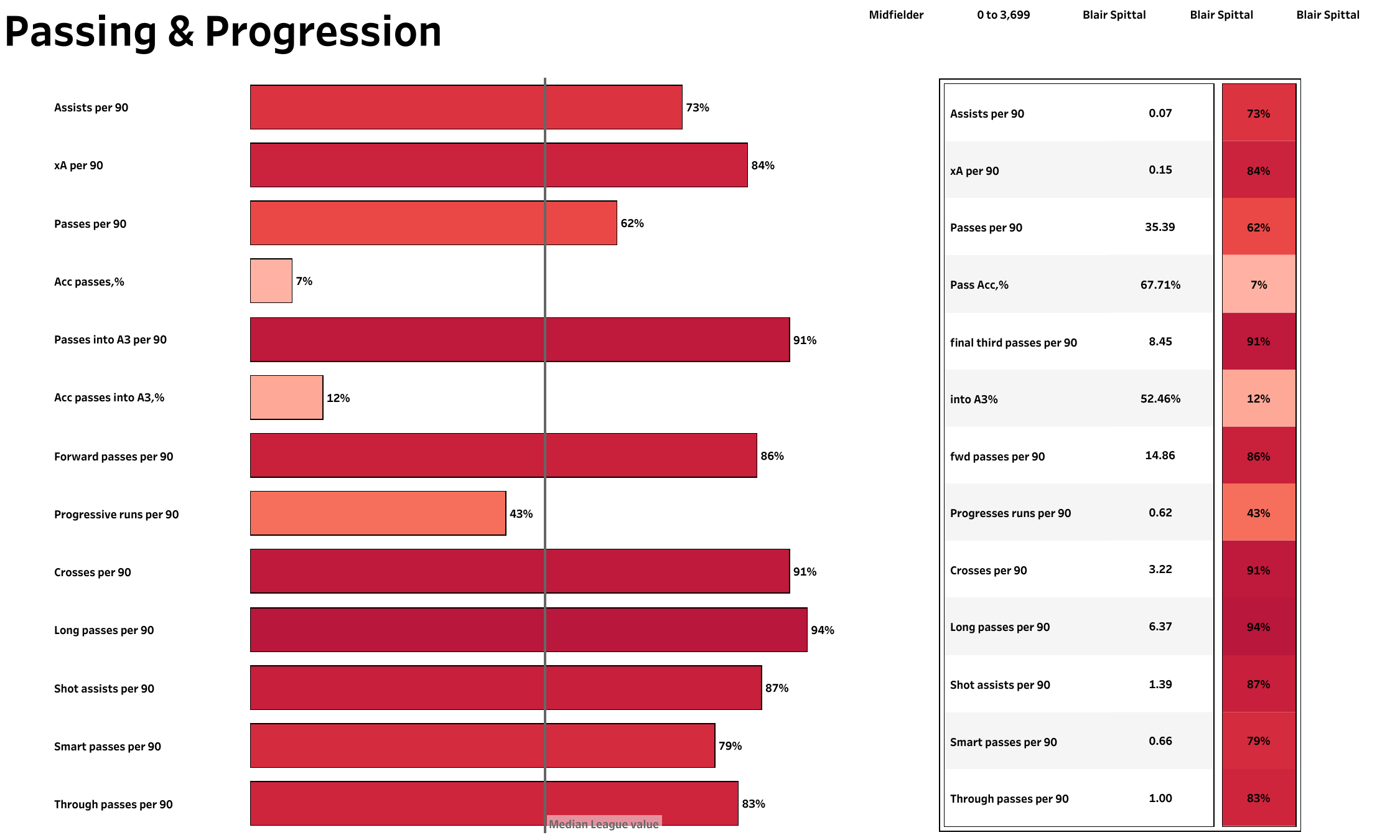 Spittal played as a central midfielder, attacking midfielder, and right-forward for his side last season. He played every role that his manager asked him to play. When looking at the above chart, the general rule is that the longer the bar, the better the performance — you can see the league average in the middle, and the % is the percentile rank the player is in. The above viz shows the passing stats in comparison to other midfielders in the Scottish Premiership. Spittal averaged 35.39 passes per 90 minutes with a 67.71% passing accuracy rate. Notably, he had a high rank for attempting passes in the final third. Furthermore, he attempted more than three crosses per 90 minutes and was always looking to find a teammate inside the opposition’s penalty box. 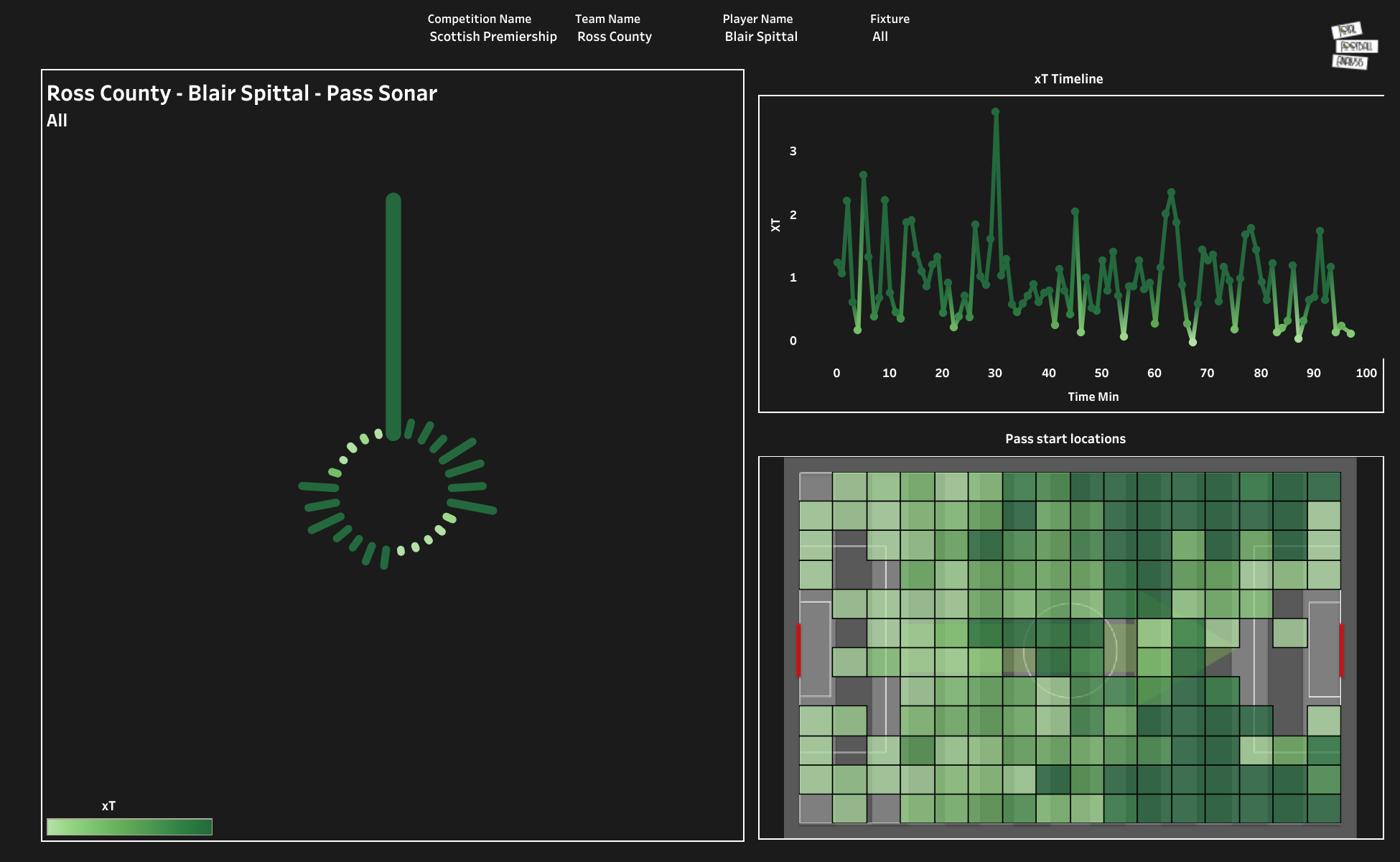 The above viz shows the pass start location as well as the threat created from passes at different intervals. As mentioned earlier, the 26-year-old played two to three different roles in the team. The pass start location shows that the player operated from both sides of the pitch and delivered some dangerous passes from the wide sides. Spittal stretched the opposition defence and attempted a few passes from inside the opposition’s penalty box. He created more threats from passes in the opening phase of the matches. 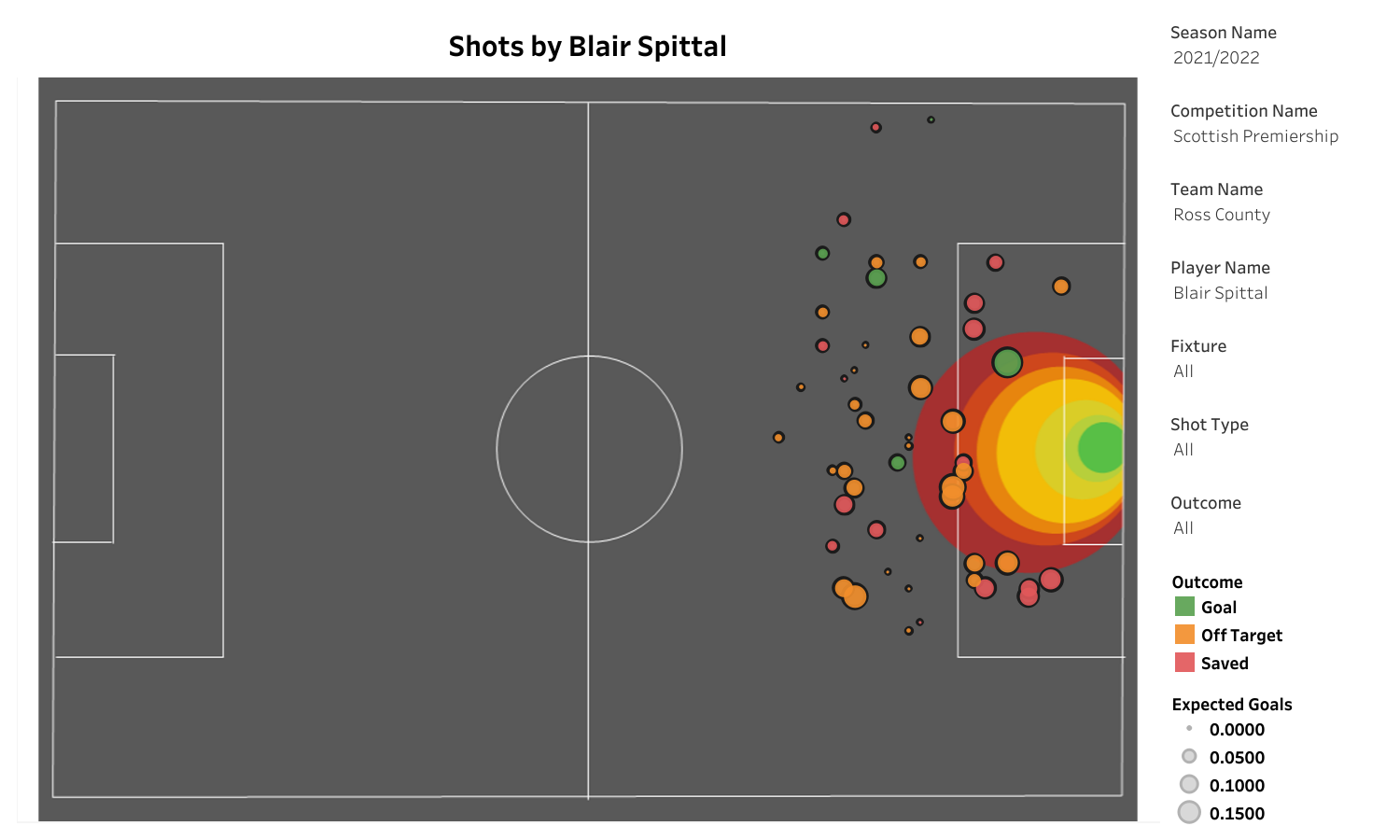 The midfielder scored five goals last season and averaged 0.10 xG per 90 minutes. The above shot map shows that Spittal scored only a single goal from inside the opposition’s penalty box, and the other four goals were long-range efforts. Overall, he attempted 51 shots with a shot accuracy rate of 39.22%. The midfielder was involved in 8.7 attacking actions per 90 minutes and had a success rate of 40.9%. 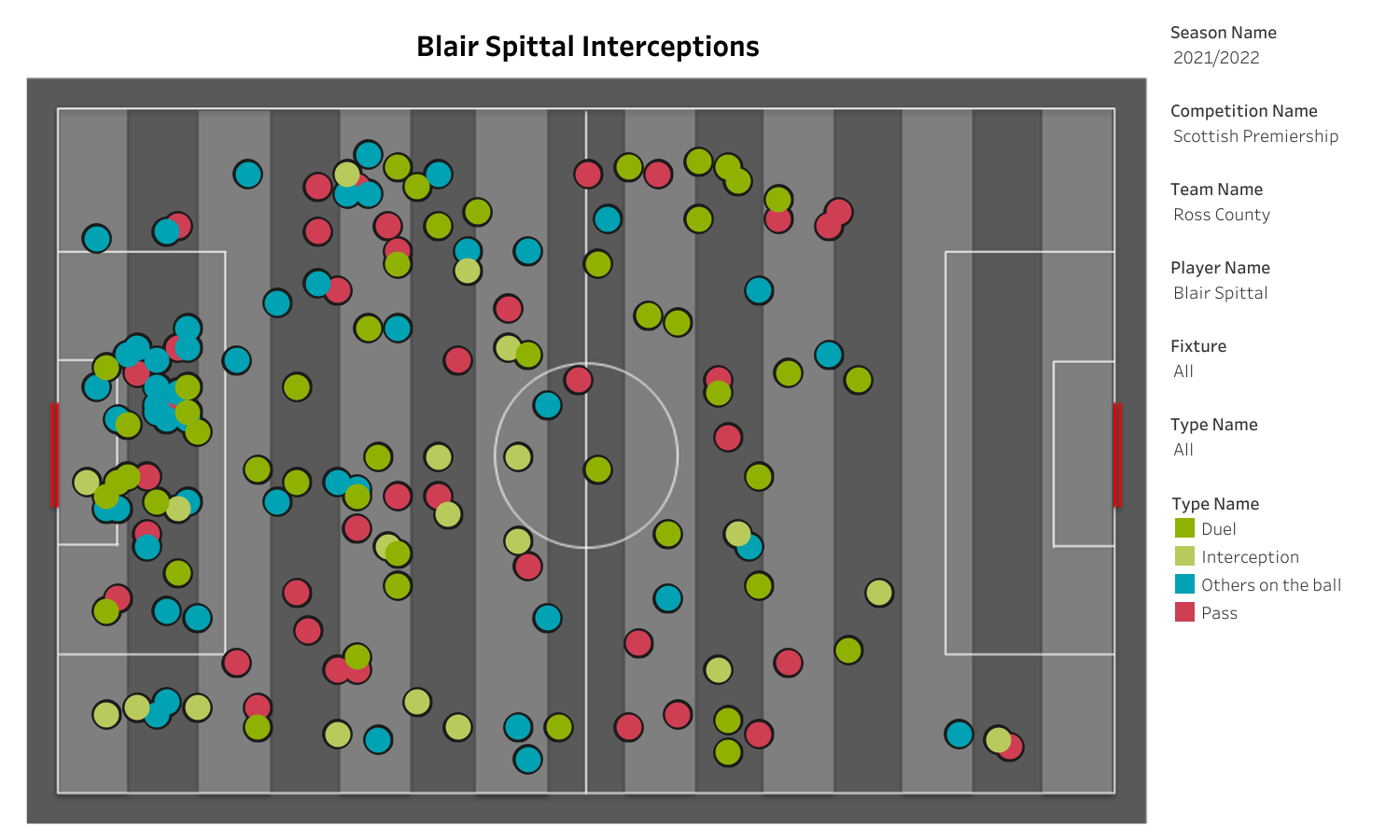 The 26-year-old showed versatility and made contributions to both attack and defence. He was a good crosser of the ball and attempted passes that were a threat towards the opposition goal. Motherwell scored fewer goals than Ross County last season and will be aiming to improve their record. Blair Spittal will also look to cement his place in the starting XI and help his new team to achieve new heights.