Celtic showed a lot of dominance last season to win the Scottish Premiership title. They were the top-scoring team in the league and had the best defence. This season, Ange Postecoglou will be looking to repeat the same heroics, and he has made some important decisions in the recent transfer window. Last season, he signed some of the players on loan and this time, he has permanently signed them, which will keep these players in the team for a much longer period. Celtic have also signed some other players, and here are three key signings that could play a crucial role in Celtic’s Scottish Premiership title defence.

The three key signings for Celtic this season will be Joao Filipe (Jota) from Benfica, Cameron Carter-Vickers from Tottenham, and Daizen Maeda from Yokohama Marinos. The first two players played the whole of last season, while Maeda joined the club in January. These three players were the key last season and are once again expected to repeat the same heroics. Some of the stats listed below will show why these three players have been the marquee signings of the summer for Celtic. 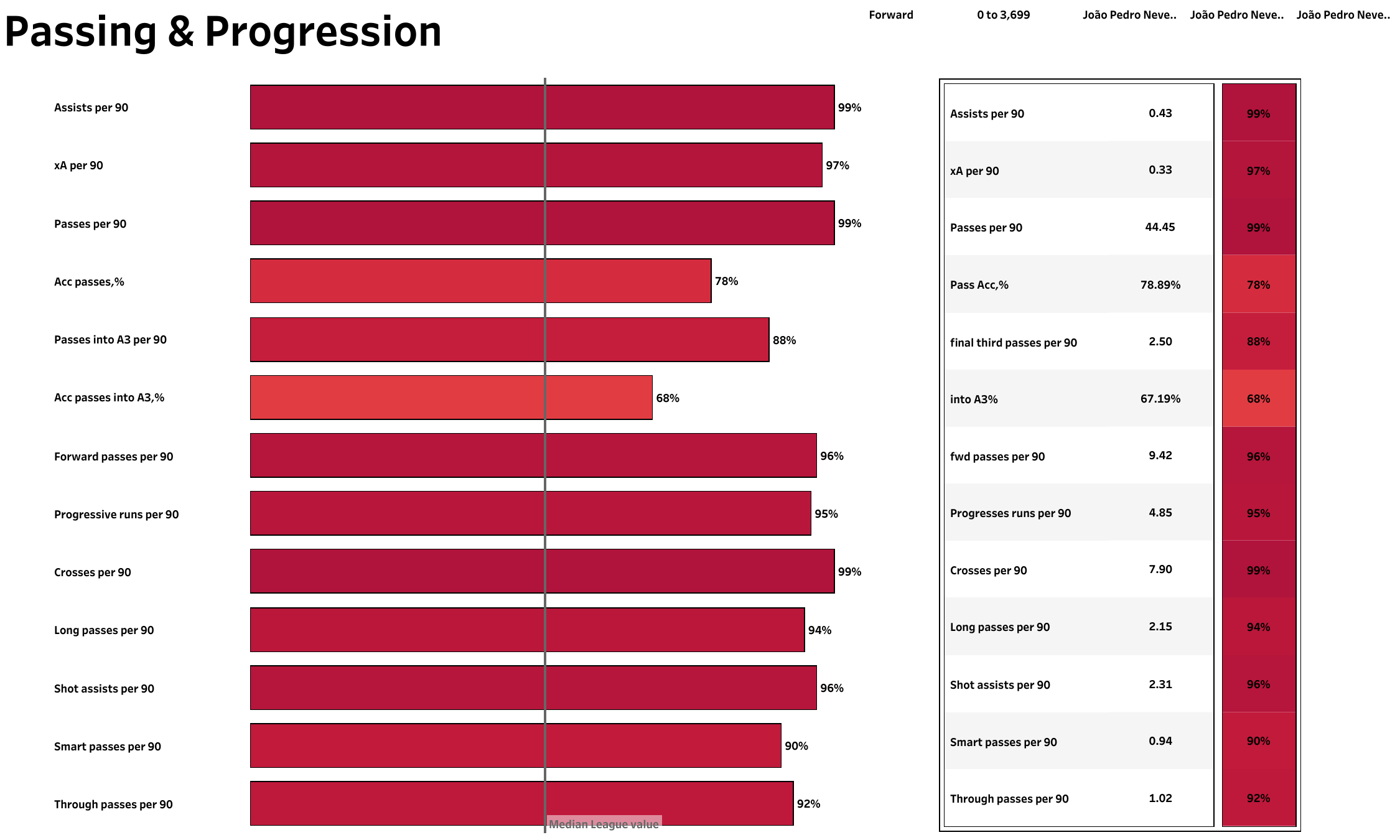 Jota will be the creative force for Celtic in the upcoming season. Last season, Jota made 29 league appearances, where he scored ten goals and provided ten assists. The above viz shows the passing and progression charts along with the percentile rank in comparison to the other midfielders. When looking at the above chart, the general rule is that the longer the bar, the better the performance — you can see the league average in the middle, and the % is the percentile rank the player is in. We can see that Jota was very highly ranked for his passing abilities. He features on the right-wing and is likely to operate on his favoured side. The teams already know about his abilities, and Jota will look to contribute more next season. 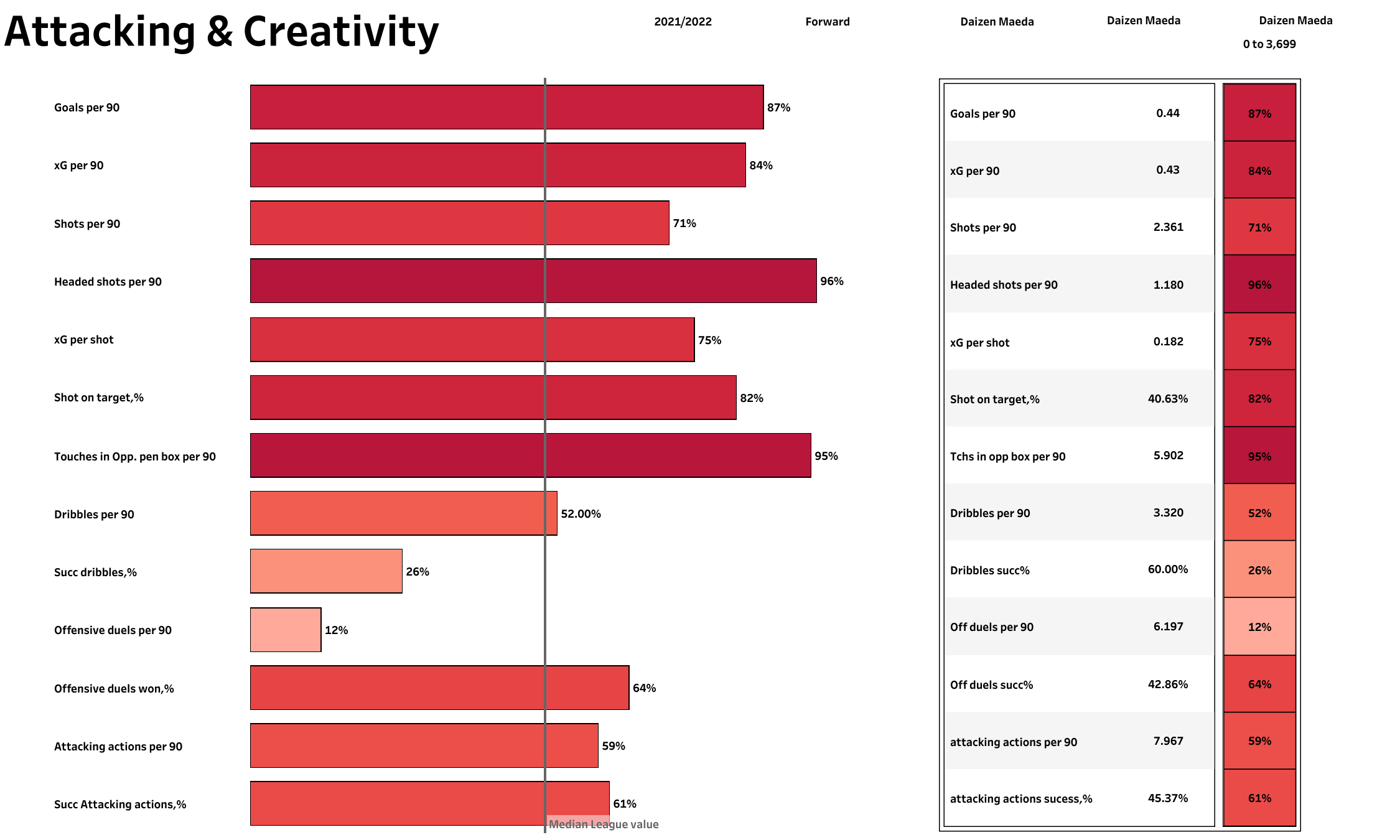 Another key signing in the attack is the Japanese international player, Daizen Maeda. Maeda had a sudden impact on the team after joining in January. It took him only 16 appearances to score six goals and provide five assists in the previous campaign. The above viz shows that the player possesses an aerial threat and attempts one shot with his head per 90 minutes. He is likely to feature on the left wing. 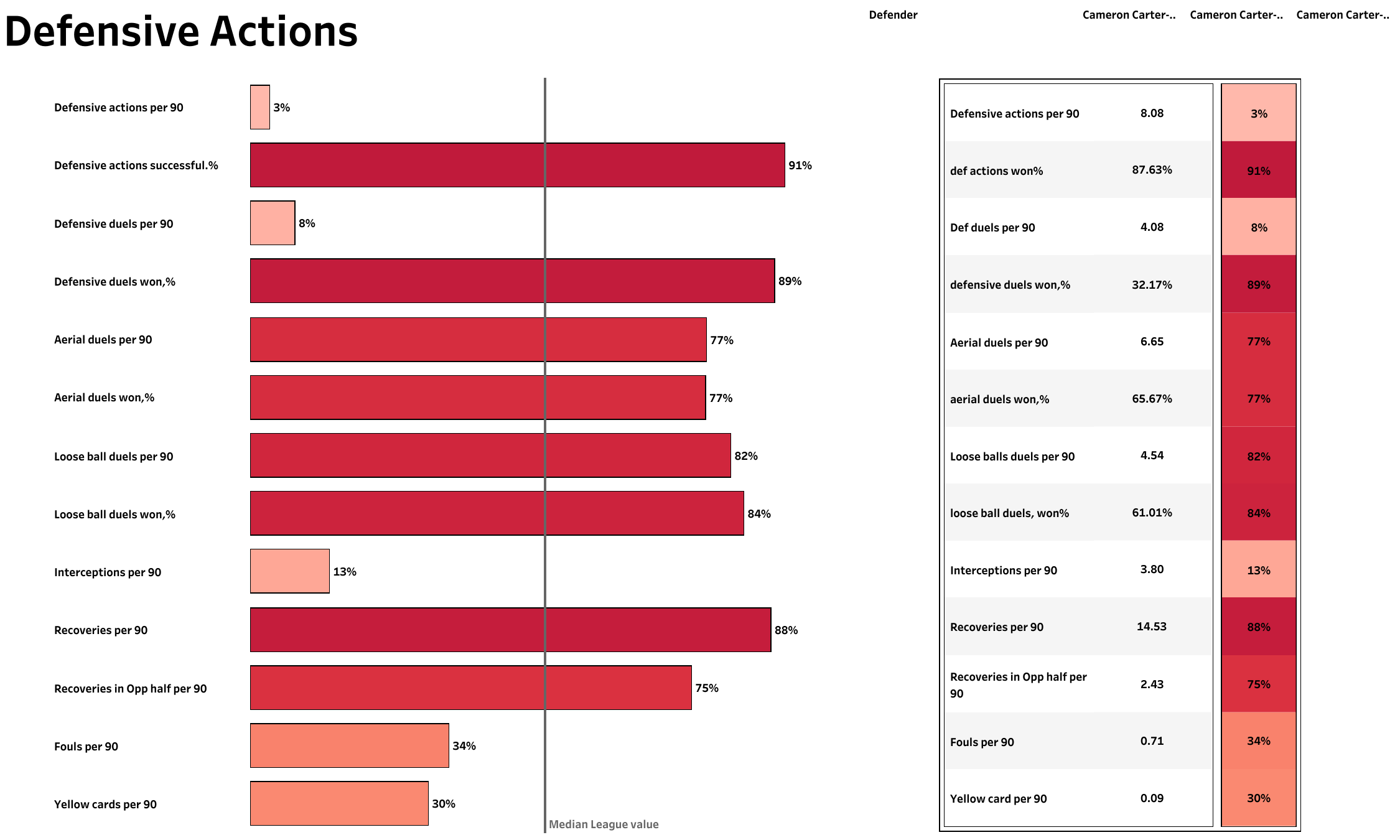 Postecoglou strengthened his defence by signing Carter-Vickers on a permanent deal. He was the backbone of the defence last season and appeared in 33 league games. The defender also possesses a goal-scoring threat and found the back of the net four times last season. The above viz shows his defensive stats and shows that the player had a high success rate for defensive actions. Other than this, his recovery rate as a centre-back was also high. He will once again look to lead the defence and keep as many clean sheets as possible for his team.

Celtic have signed these three key players to retain their title. The manager will be happy with the transfer activities and will hope that his side defends the league title in the upcoming season. They will face Aberdeen in the first round of the new season.