Aberdeen signed USA international striker Christian Ramirez from MLS side Houston Dynamo at the start of the Scottish Premiership 2021/22 season. The 31-year-old was into his first season in European football. He was a regular starter for the Dons and went on to score ten goals in his first season for the club. The striker was the second-highest goal scorer for his side and helped a struggling Aberdeen side to finish well above the relegation zone. The forward was a threat in the air and scored some goals with his head. 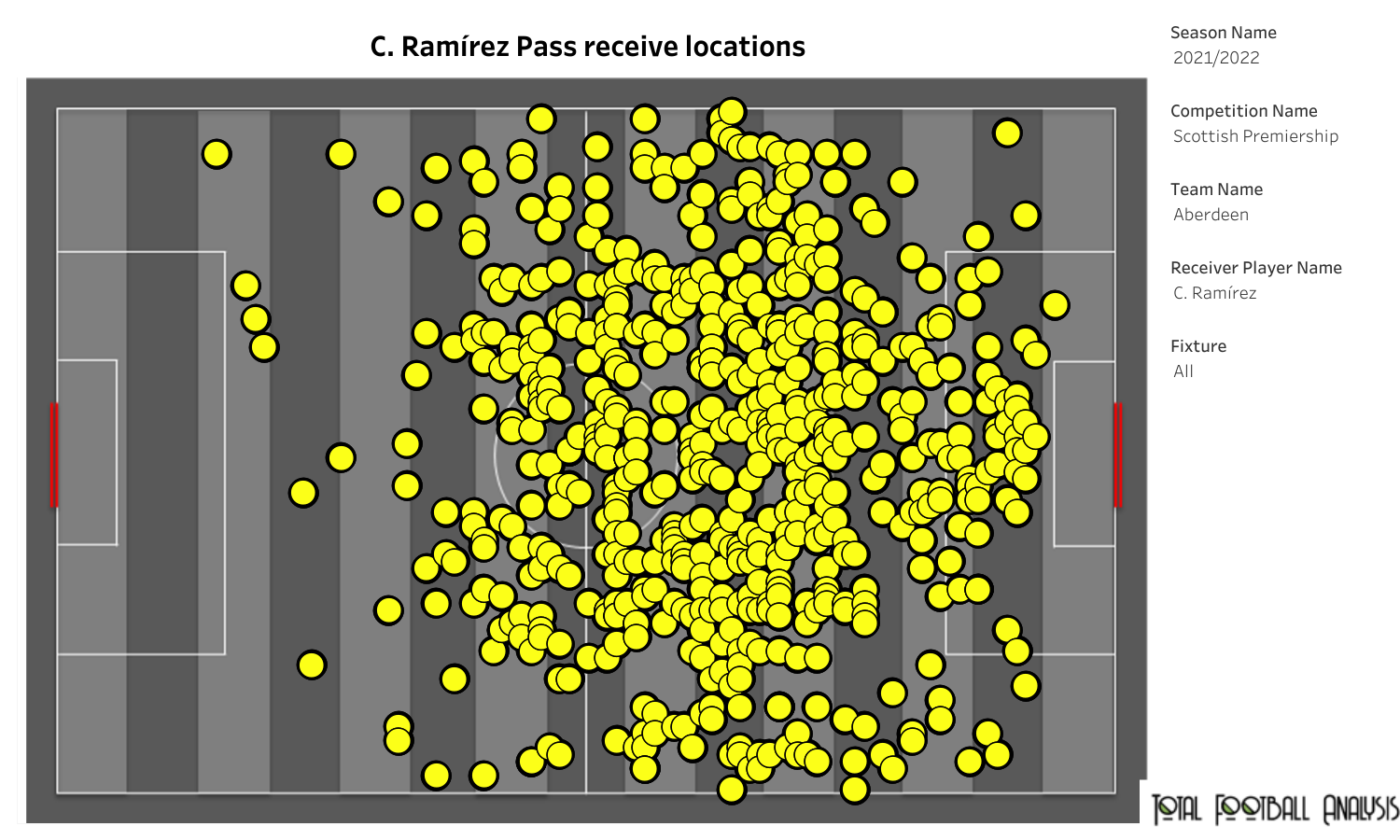 Ramirez missed the last two games of the season as he was given an early break by the management. However, he featured in the other 36 games for Aberdeen, and these included 34 starts. The striker opened his tally for the Dons by scoring a goal in the first league match of the season against Dundee United. The above viz shows the pass receiving location of the player. He has not only stayed in the centre but has also gone wide to receive the ball and link up the play. Ramirez made 100 touches inside the opposition’s penalty box and was ranked seventh in the overall standings. The player found space around the penalty spot and was a threat to the opposition defence.

The above viz shows all the 61 shots attempted by the player. He had a shot accuracy rate of 39.34% with an xG rate of 0.27 per 90 minutes. Ramirez averaged 0.4 headed shots per 90 minutes. It can be noted that the striker took positions inside the opposition’s 6-yard box and converted most of his chances. He attempted only a few shots from outside the opposition’s penalty box.

The striker also helped his teammates score three goals. He averaged 15.6 passes per 90 minutes with an accuracy rate of 70.88%. Most of the passes were shared with Lewis Ferguson, who was the highest goal scorer for the Dons this season. 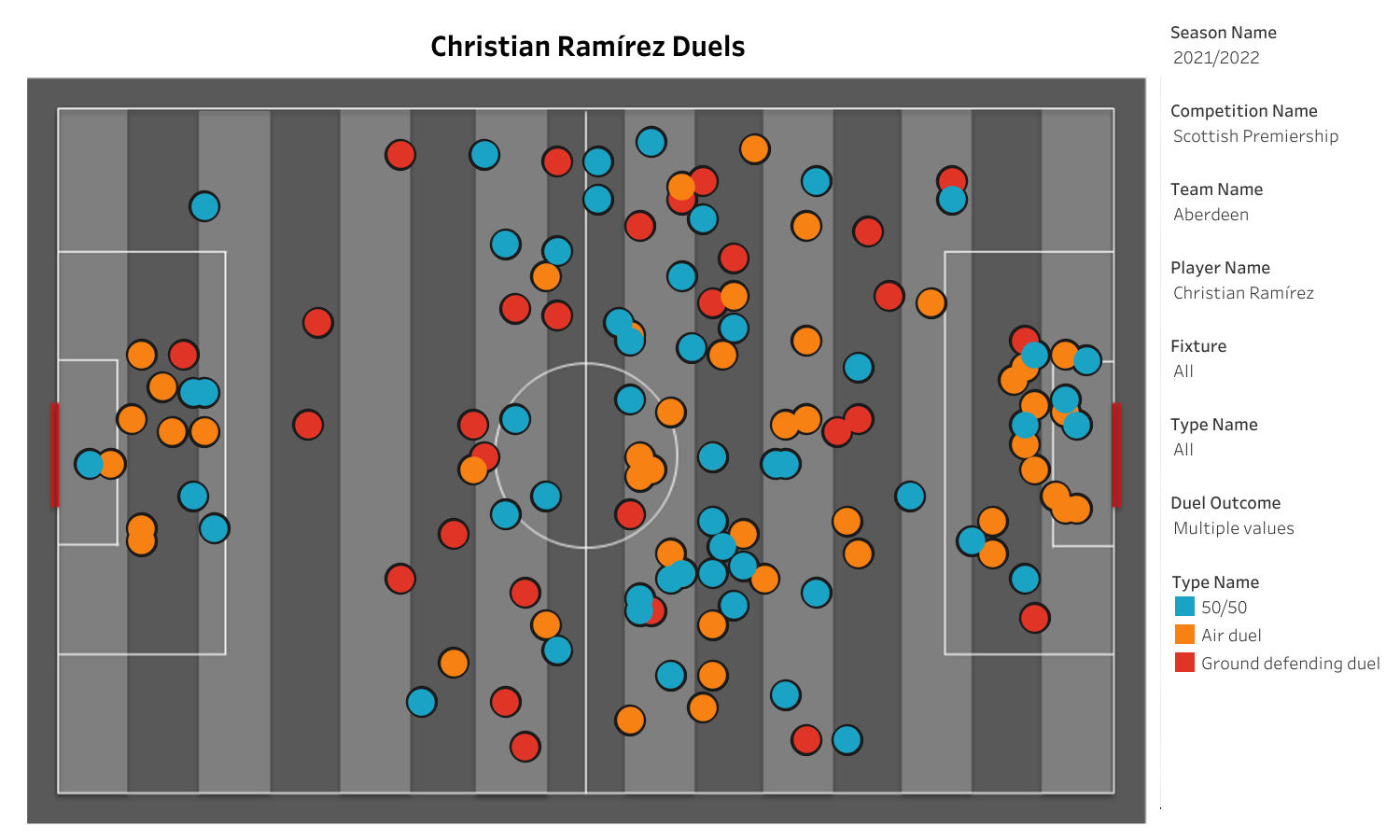 Christian Ramirez was not afraid of contesting duels in the match. Most of the duels contested by him were loose ball and aerial duels. He also contested a few defensive duels in the season and defended the goal during the opposition’s set-pieces. By looking at the above viz, we can observe that Ramirez scored a few goals while contesting aerial duels or loose ball duels in the opposition’s penalty box. He capitalised on the opportunities that he got on the pitch.

The USA international is a tall figure who can create a menace inside the opposition’s penalty box. He can score with his head and foot. The striker performed decently in his first season and took his goal scoring tally to double figures. Aberdeen will expect more contributions from Christian Ramirez in the upcoming season to help them to a top-half finish.