Nir Bitton and Tom Rogic’s departures have left a hole in the Celtic midfield. The Scottish Premiership champions are now looking to add new names to their midfield. They are targeting youngsters who could offer more in the future. One of the players on whom the Celts have set their sights is Aberdeen’s young midfielder, Connor Barron. He spent the first half of the season at Kelty Hearts FC and made a return to Aberdeen’s squad in the second half. He made 13 appearances for the Dons, all of them in the starting XI. The 19-year-old has also represented Scotland at various international levels. 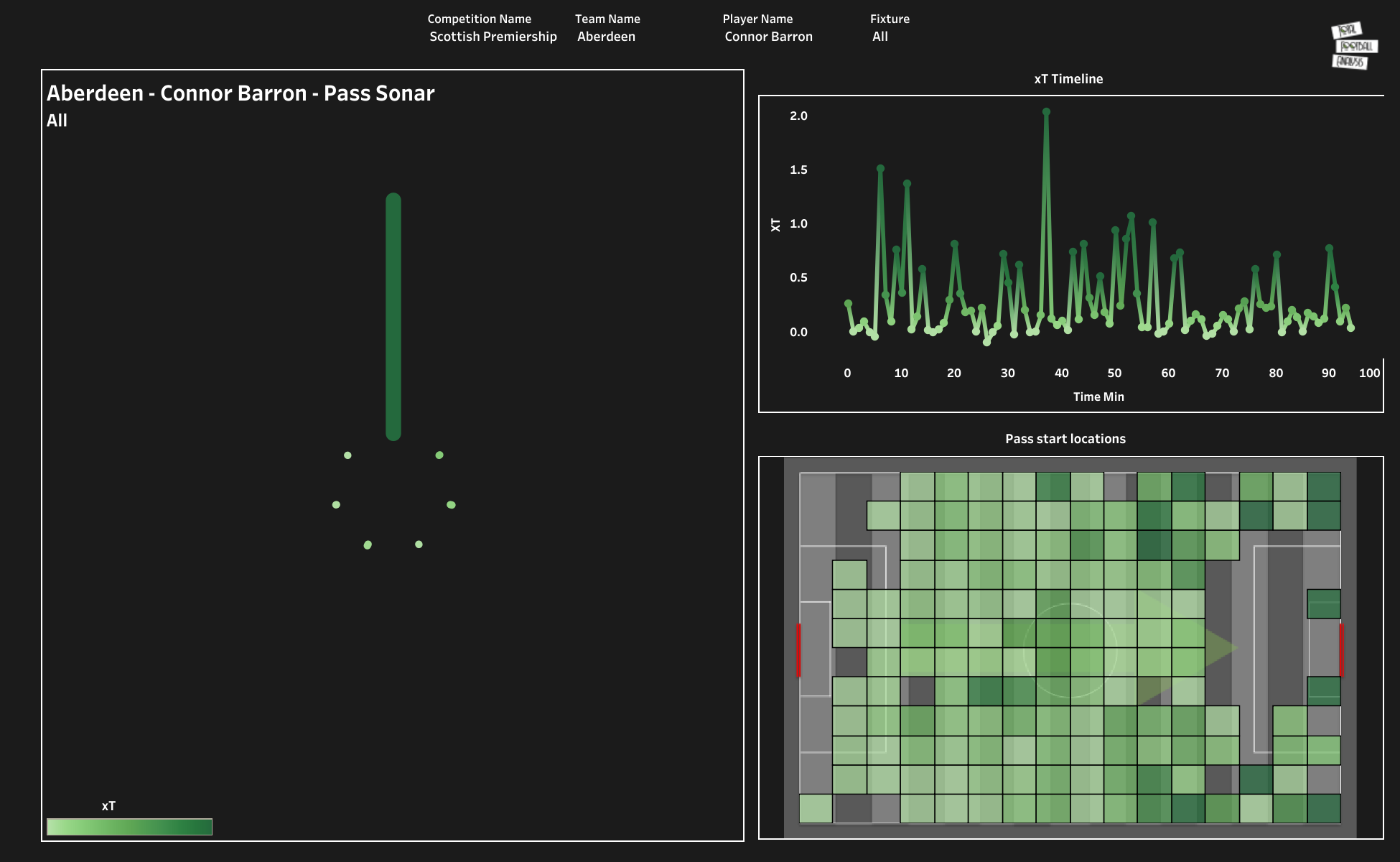 Connor Barron was unable to score a goal or provide an assist in the 13 matches he featured in. However, the player-created threats with his passing and troubled the opposition defence. The above viz shows the pass start location as well as the threat created from passes at different intervals. Barron averaged 39.9 passes per 90 minutes and had an accuracy rate of 77.26%. These passes included 13.6 forward passes per 90 minutes and 7.05 passes into the attacking third. By looking at the pass start location, we can observe that the player likes to stay in the midfield and likes to penetrate the opposition’s penalty box from the wider areas. He averaged 1.5 crosses, 1.05 smart passes, and 0.83 through passes per 90 minutes.

The midfielder failed to score a goal but was a threat to the opposition goal. He attempted 19 shots, and five of them were on target. Barron was involved in 5.6 attacking actions per 90 minutes and had a success rate of 42.67%. 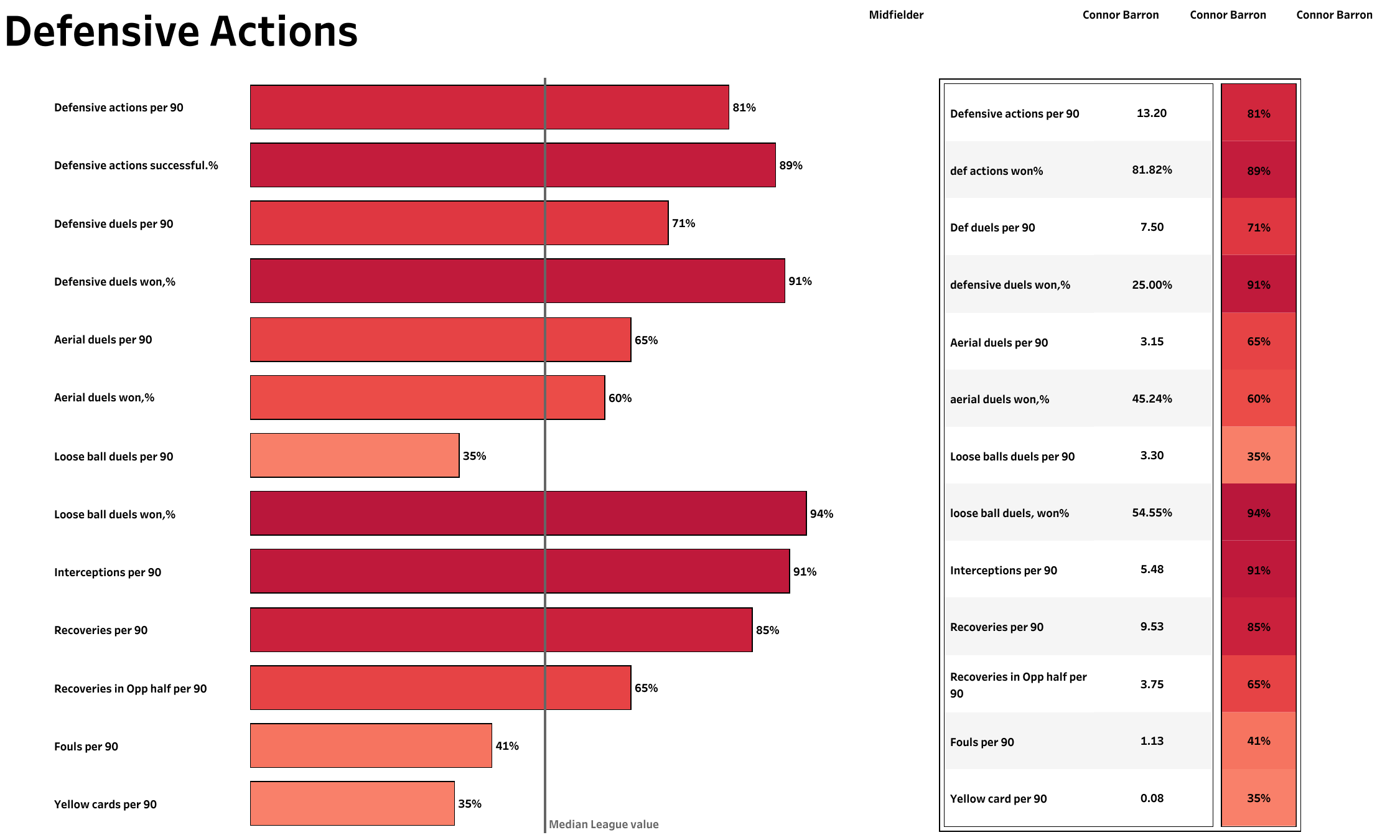 One of the areas where the player was extremely successful was in defending. When looking at the above chart, the general rule is that the longer the bar, the better the performance — you can see the league average in the middle, and the % is the percentile rank the player is in. The above viz shows the defensive stats in comparison to the other midfielders in the league. Barron was involved in 13.2 defensive actions per 90 minutes and had a success rate of 81.82%. The player had a high duel win percentage and also made more than five interceptions per 90 minutes. He also had a high recovery rate compared to other midfielders in the league. 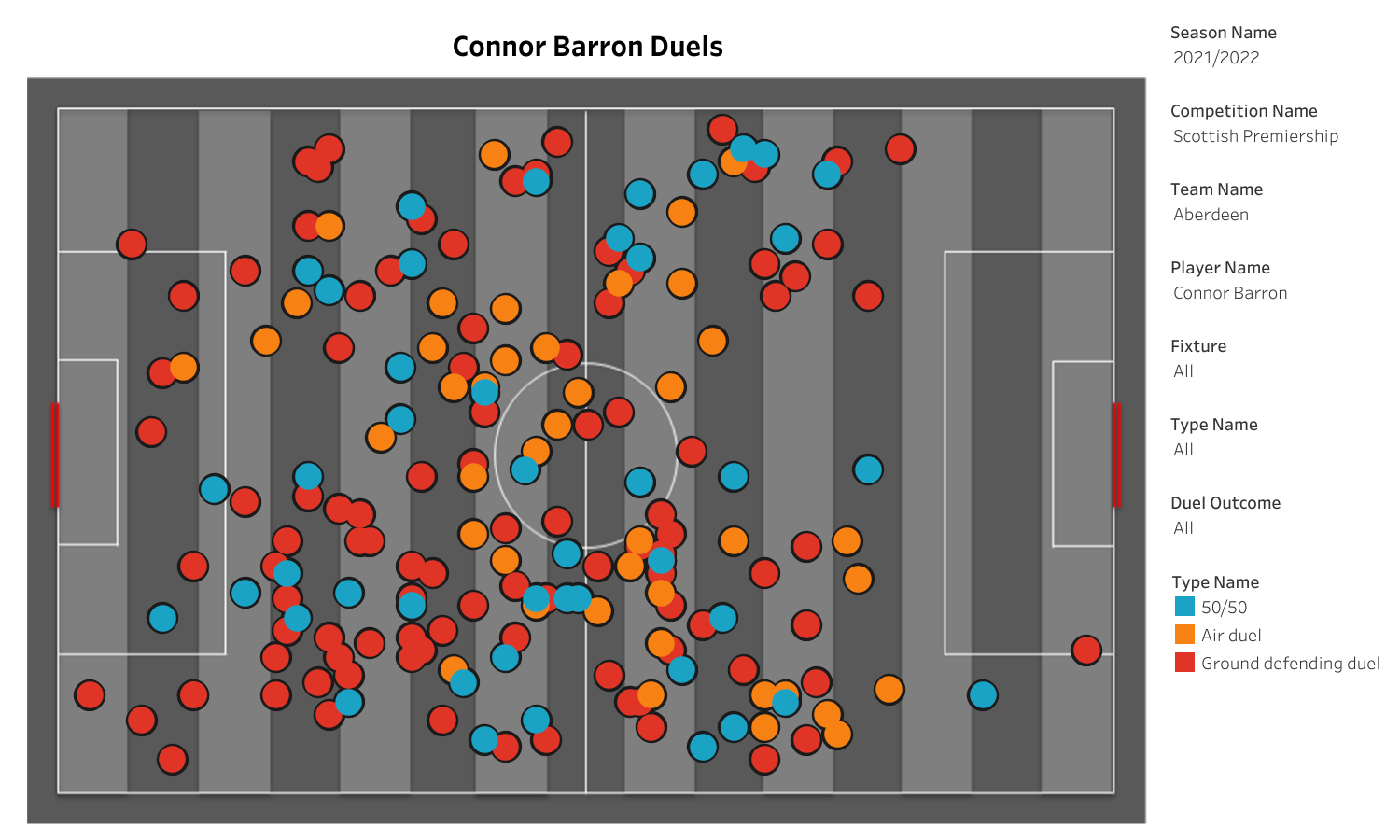 Connor Barron was impressive in the 13 appearances that he made for Aberdeen in the Scottish Premiership. Celtic are facing competition to sign the youngster but could still end up signing him. He provides solid defensive cover and can create one or two chances for his team.