Scottish Premiership side, Dundee United, are keen on bringing back the Manchester United youngster, Dylan Levitt, for another loan spell at the club. The 21-year-old Welshman spent a successful season at Dundee United and helped them to a top-half finish in the league table. Manchester United are also considering sending him back on loan. Levitt is considered to be the future at Manchester United and his country, Wales, and will be playing in the World Cup. He needs game-time on the pitch, and that is the reason why his parent club is also willing to send him back. 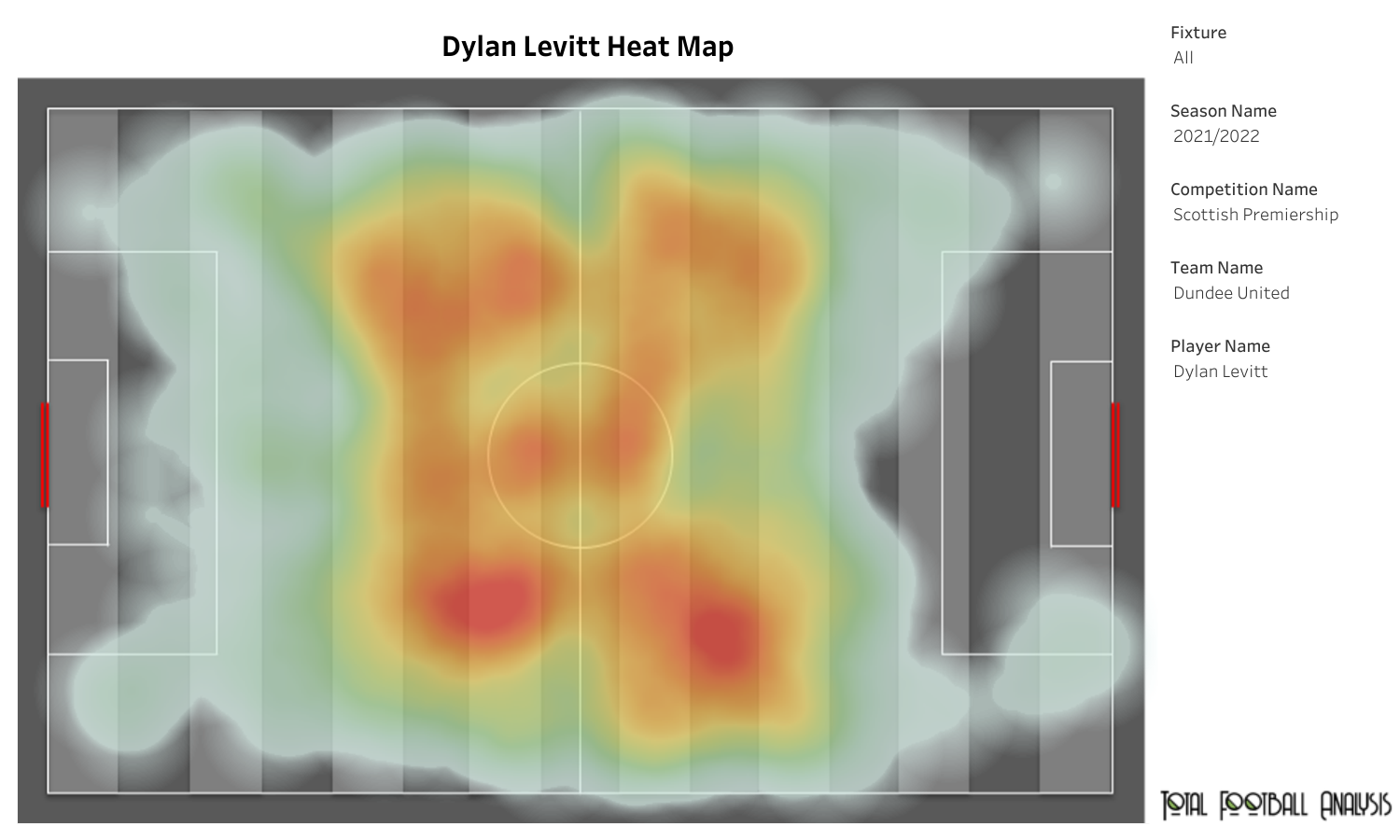 Levitt made 25 appearances for the Scottish club last season. He played in the heart of the midfield and scored five goals for the club. The above heat map shows that Levitt stayed in the centre of the field and created plays for his teammates. He made fewer forward runs and mostly dictated the play. 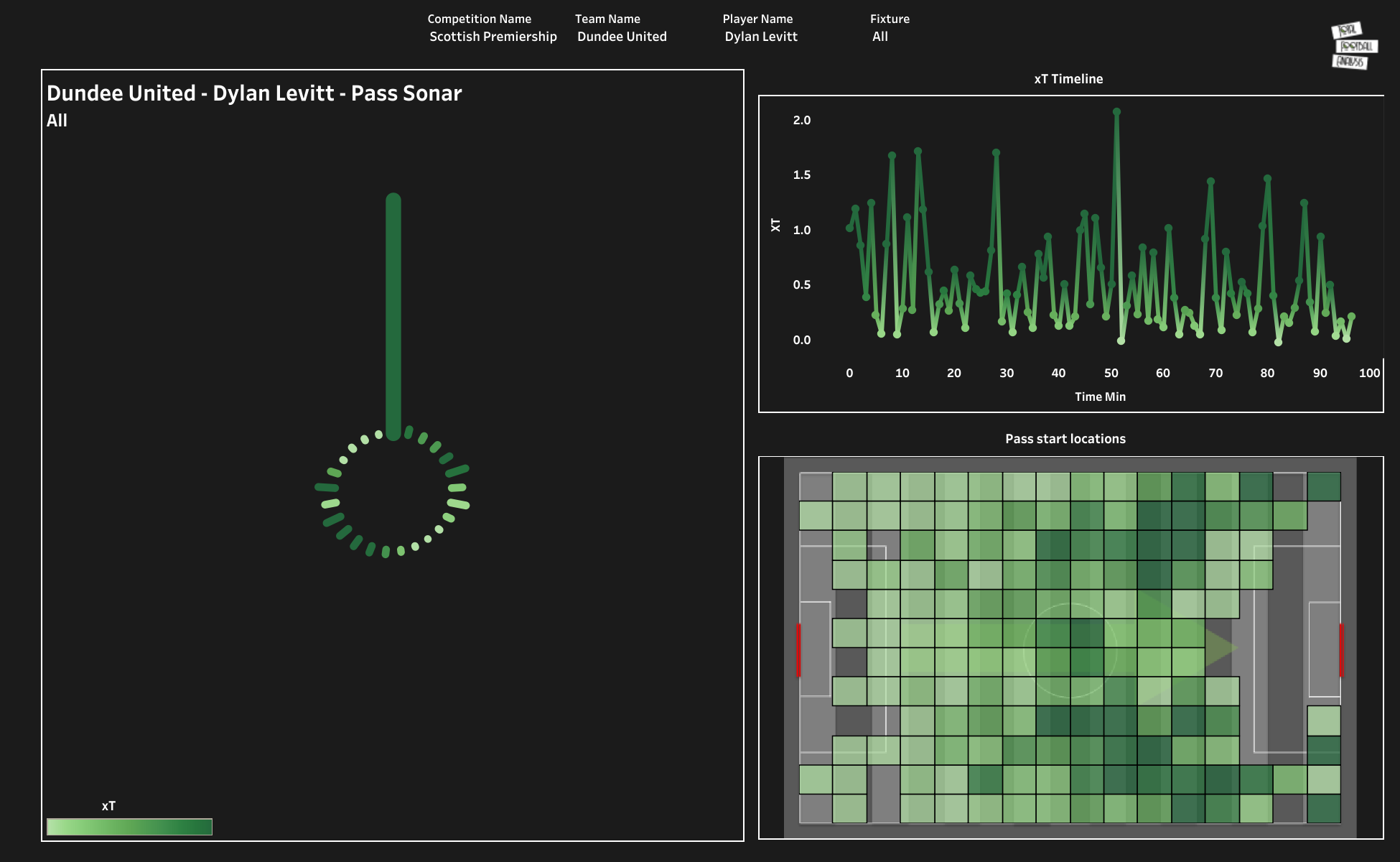 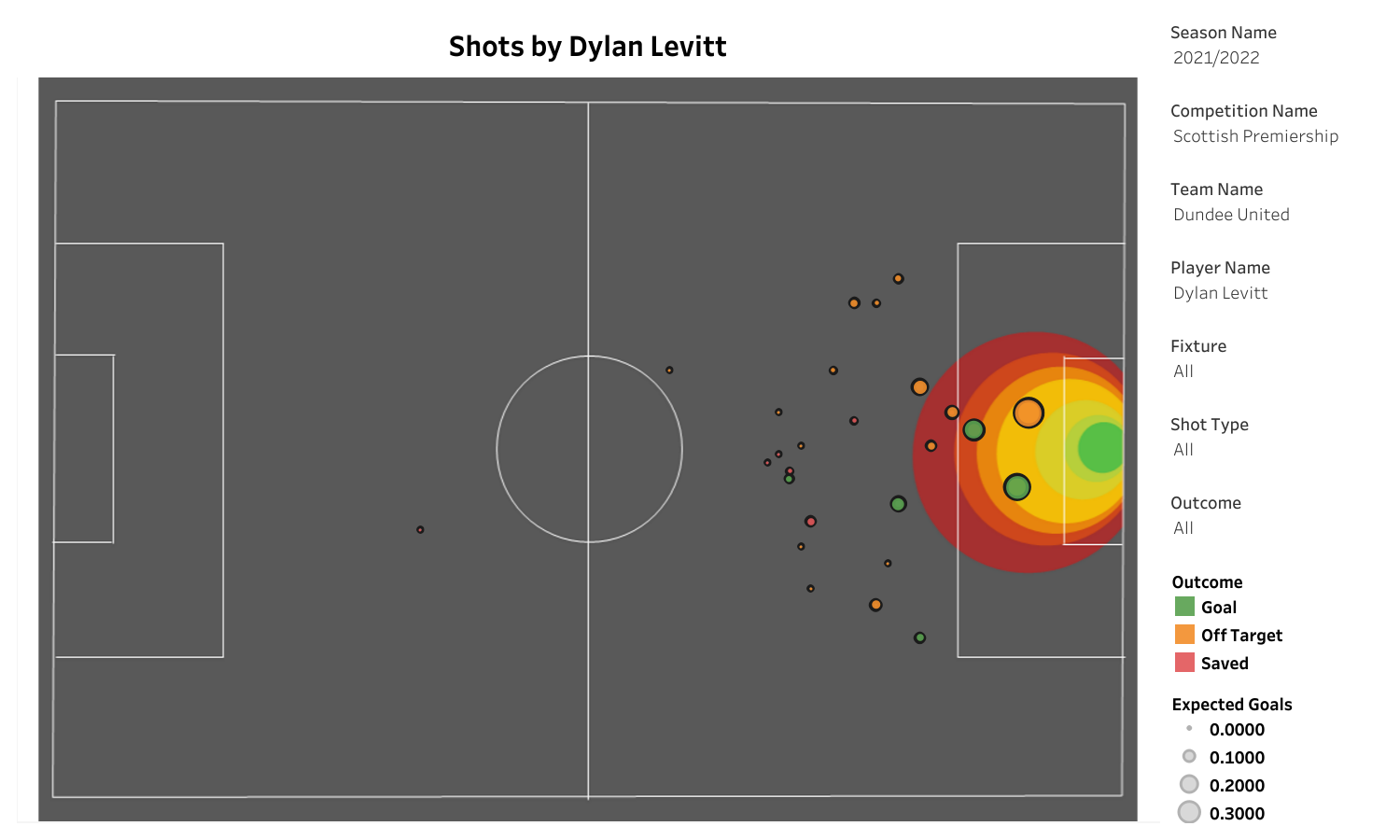 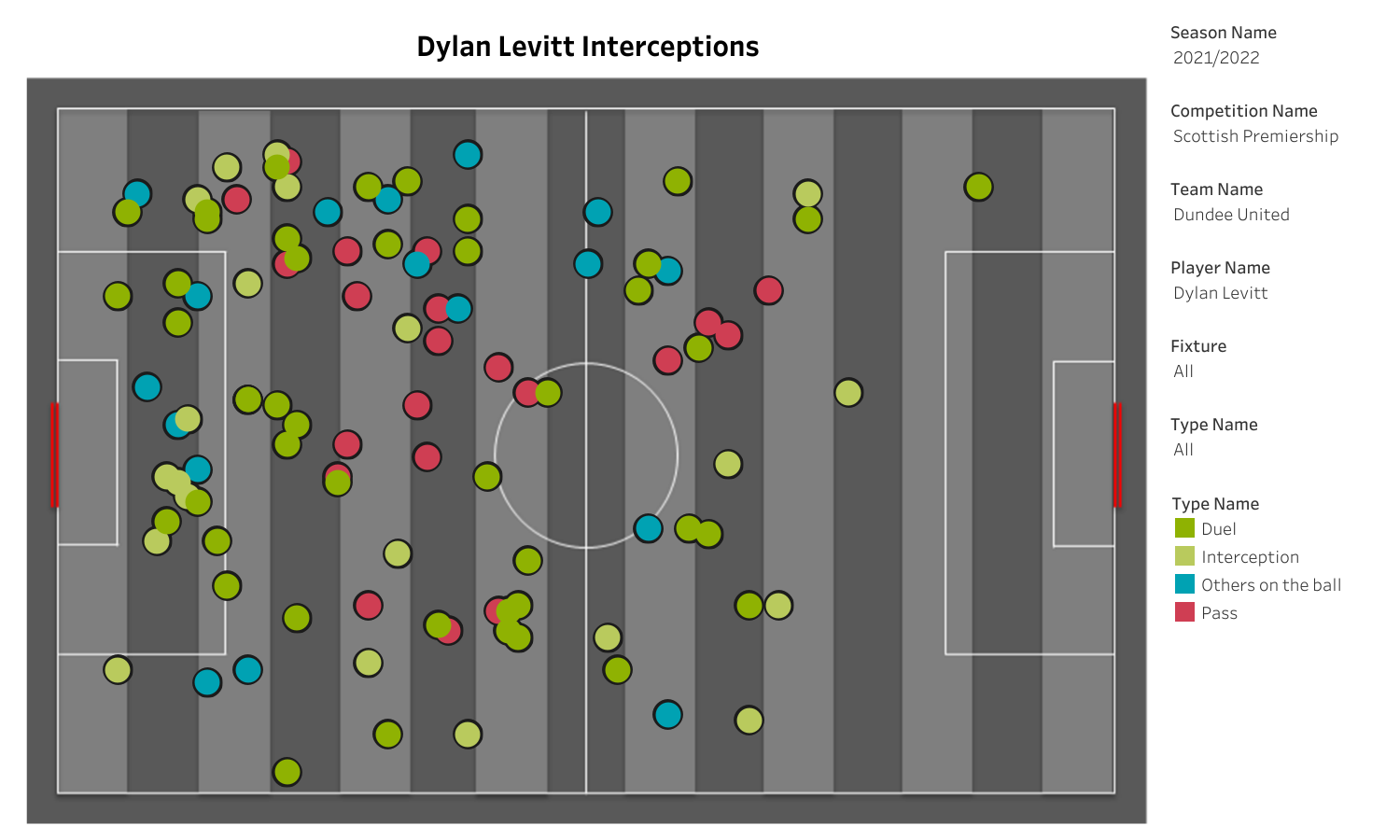 The Welshman also performed his defensive duties last season. He was involved in 11.8 defensive actions per 90 minutes with a success rate of 74%. The above viz shows all the interceptions that were made by the youngster. Overall, he made 104 interceptions, most of them while contesting a duel. The midfielder also averaged 8.7 recoveries per 90 minutes, and 3.7 of them were made inside the opposition’s half. He also contested a few duels to help his side defend against the opposition’s attack.

Dylan Levitt adds a different dynamic to Dundee United’s game. He adjusted well to the team last season and will look to continue his good form. He can score and create goals, and that could be a big asset for Dundee United. The 21-year-old could end up playing in the Scottish Premiership once again.