Newcastle United’s 19-year-old midfielder, Elliot Anderson, could join Scottish Premiership side Hearts on a season-long loan. Hearts focused their attention on another English Premier League youngster after missing out on the move for Everton’s Ellis Simms. The Scottish U-21 player spent the second half of last season on loan at EFL League Two side, Bristol Rovers. The loan spell was successful as the player scored eight goals in 21 league appearances. This earned him a move to Hearts, who will play in the UEFA Conference League next season. Hearts will be expecting to challenge for the league title after finishing third in the Scottish Premiership in the 2021/22 season. Anderson could play a crucial part in their fight for silverware. Some of the stats from last season show why he is so highly rated and how he could help Hearts achieve their goals. 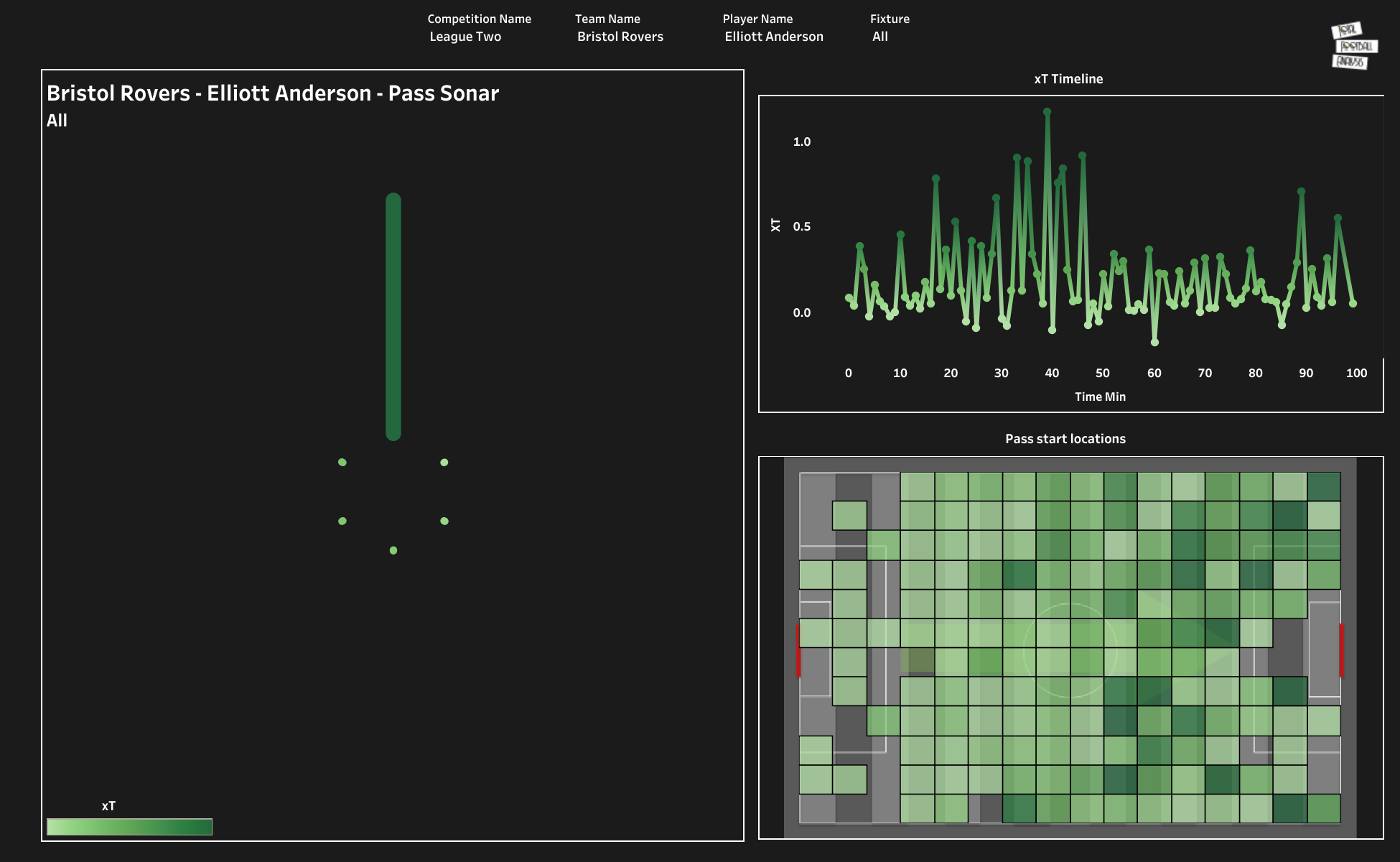 Anderson played 21 games for Bristol Rovers last season. He scored on seven occasions and helped his teammates score six goals. The above viz shows the pass start location and the threats created from passes at different time intervals. Anderson started on the left for the English side in most of the matches. However, the player can also play on the opposite side and behind the striker. He played as a wide attacking midfielder who could also play the number ten role. 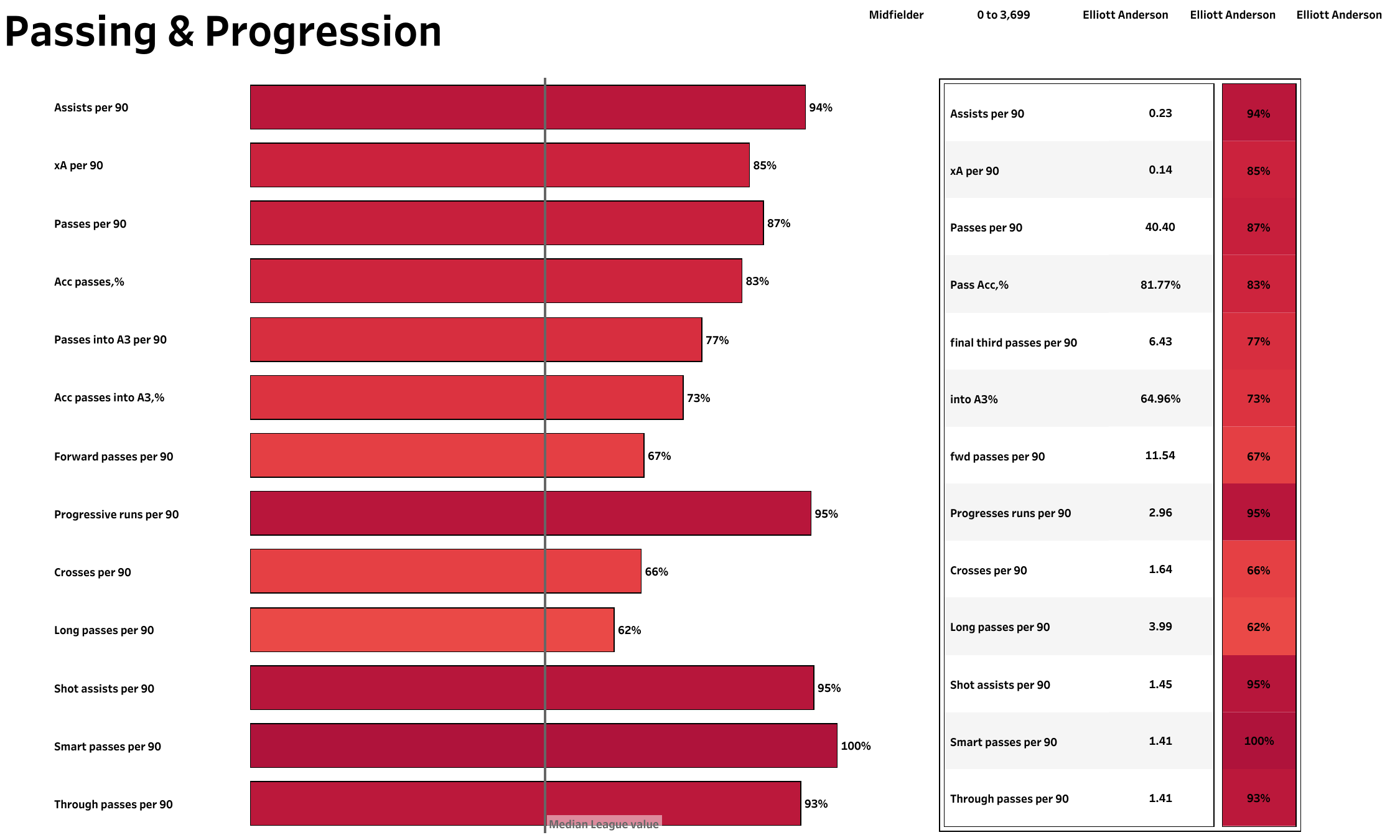 The above viz shows the passing stats with the percentile rank amongst the other midfielders. When looking at the above chart, the general rule is that the longer the bar, the better the performance — you can see the league average in the middle, and the % is the percentile rank the player is in. Anderson averaged 40.4 passes per 90 minutes with an accuracy rate of 81.8%. He produced a variety of passes and was ranked highly for attempting smart passes, through passes and shot assists per 90 minutes. 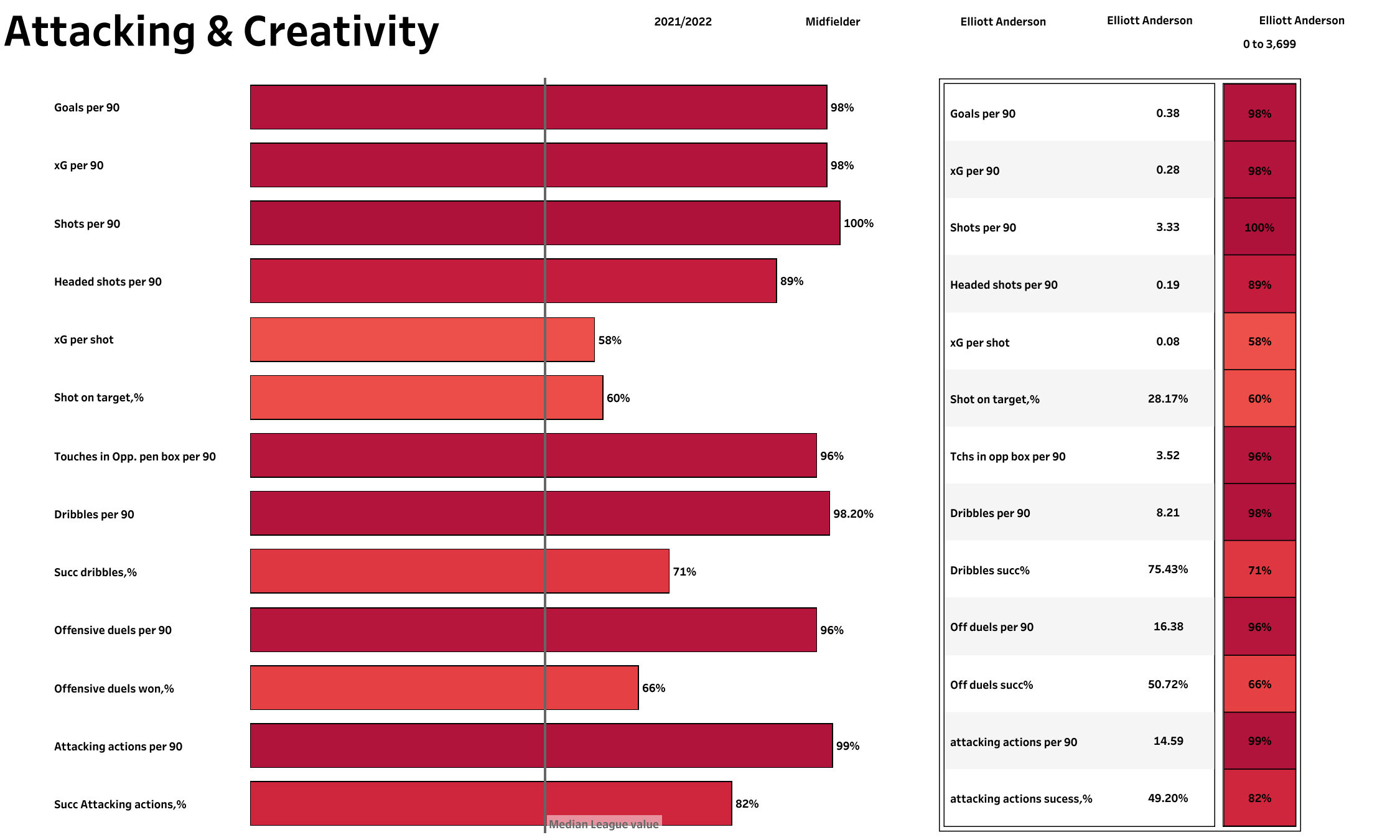 The above viz shows the attacking stats of the midfielder in comparison to the other midfielders. Once again, Anderson was rated highly amongst other midfielders. He averaged more than three shots per 90 minutes, and one of the shots was on target. The player has a good attacking instinct and often penetrates the opposition’s penalty box. He averaged 3.5 touches per 90 minutes and was also rated highly for attempting dribbles. Overall, the 19-year-old made a lot of attacking contributions in just 21 games. 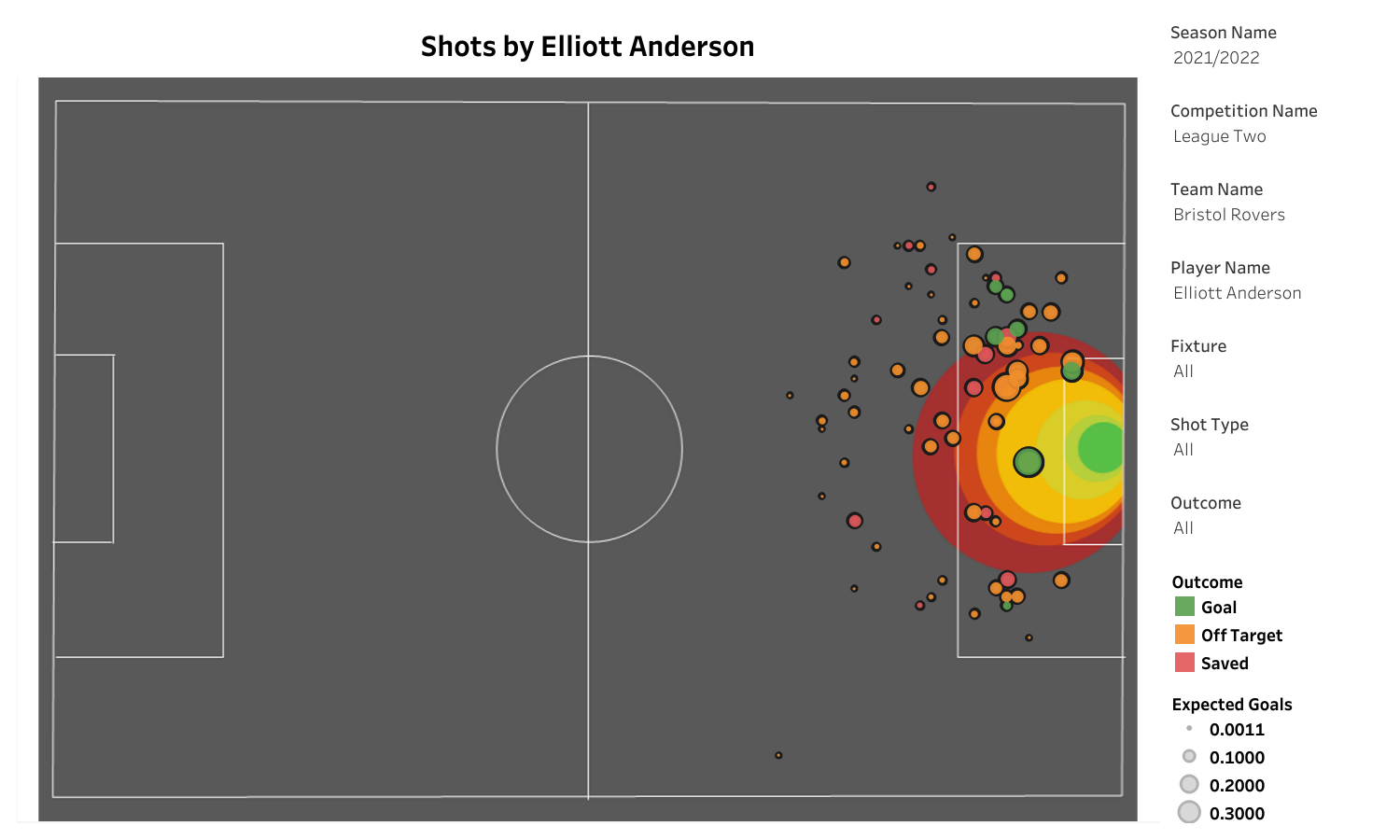 Anderson attempted most of the shots from inside the opposition’s penalty box. He featured mostly on the left, and his highest attempts were from that particular side. The player scored six goals from a wider angle and one goal from in front of the opposition’s goal. The player likes to cut inside and make an angle for his shot, which can deceive the keeper as he is unsure whether the shot will come at the near post or the far post.

The youngster is one of the hottest prospects in English football. Hearts will look to sign the youngster before the other teams do. He can score and create goals for his side. He could be one of the best signings in the league.