Hearts enter the Scottish Premiership 2022/23 season high on confidence. Last season, they came third behind Celtic and Rangers in the league rankings and will aim to challenge for the title once again this season. Hearts signed some players in the summer to strengthen their weak areas. They were unable to bring back Ellis Simms for another loan spell but signed Lawrence Shankland to lead the attack. Other additions to the squad were Alan Forrest from Livingston, Lewis Neilson from Dundee United, Jorge Grant from Peterborough and Kye Rowles from Central Coast. Hearts were also able to sign Alex Cochrane permanently from the English club, Brighton & Hove Albion. They are ready for a new challenge and listed below are the players who could be regulars in Hearts’ playing XI next season. 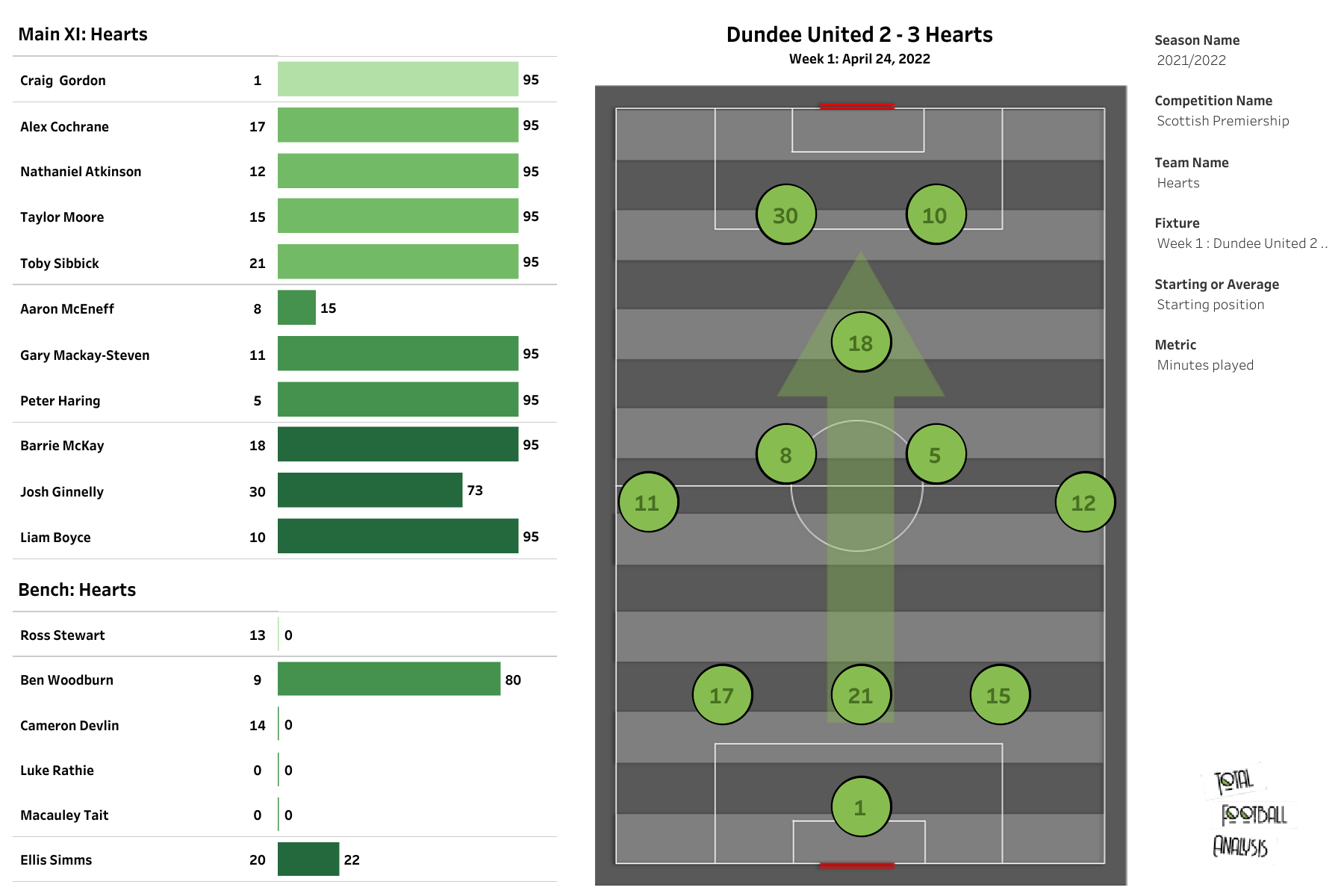 Hearts play in a three-at-the-back formation. They lost one of their key defenders, John Souttar, to Rangers, but they have already bought his replacement. The above viz shows the formation of Hearts against Dundee United last season in the Championship round. Hearts are likely to play in the same formation with two strikers leading the attack. 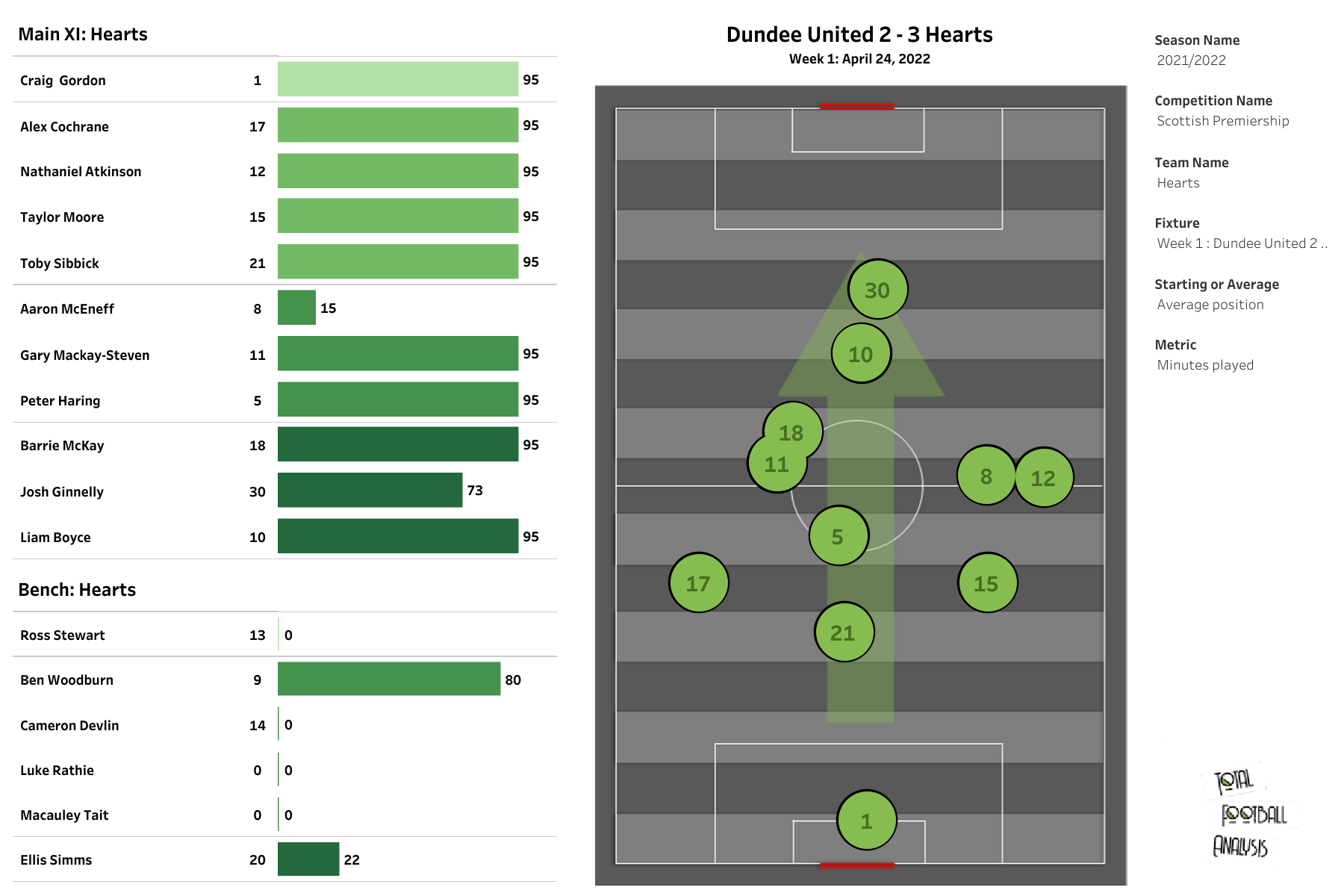 The back three play a high line, as shown in the above chart. The above viz shows the average position of the players in the same match against Dundee United. We can observe that one of the midfielders played a defensive role and the other supported the attack with the full-backs and the attacking midfielder.

Craig Gordon will remain in between the sticks. The 39-year-old has plenty of experience and will command the defence from the back. Michael Smith, Craig Halkett, and Stephen Kingsley are likely to form a defensive line in front of the veteran keeper. They will face competition from Tony Sibbick and the new signee, Kye Rowles. These players have shown form in the pre-season and are likely to cement their place in the starting XI.

Nathaniel Atkinson and Alex Cochrane will play as the wing-backs. These two will have to cover a lot of ground on the pitch and will play a key role. Cameron Devlin and new signing, Jorge Grant, are likely to form a midfield partnership. Peter Haring will be their toughest competitor in the team.

New signing Lawrence Shankland is likely to lead the attack and will be supported by two main players, Liam Boyce and Barrie McKay. These three players need to build a partnership and could become a vicious trio in the league.

Hearts will be a strong team this season, but they won’t find it easy to finish in the top three positions. Scottish Premiership teams have made a lot of changes to their teams, and this will automatically increase the chance of a top-half finish. Hearts will need to display some heroic performances to finish in the top three. These players have done it before and will look to repeat history. They will face Ross County in the first round of the competition.