Hearts will start their Scottish Premiership 2022/23 campaign by hosting Ross County at Tynecastle Park. Both teams finished in the top half of the table and will look to earn more points than they did last season.

Hearts earned 61 points in the 38 Scottish Premiership games last season. They won 17 matches, lost 11 and drew ten matches. Hearts were one of the three teams who had a positive goal difference, with Celtic and Rangers being the other two teams. They were rewarded with a place in the UEFA Conference League. 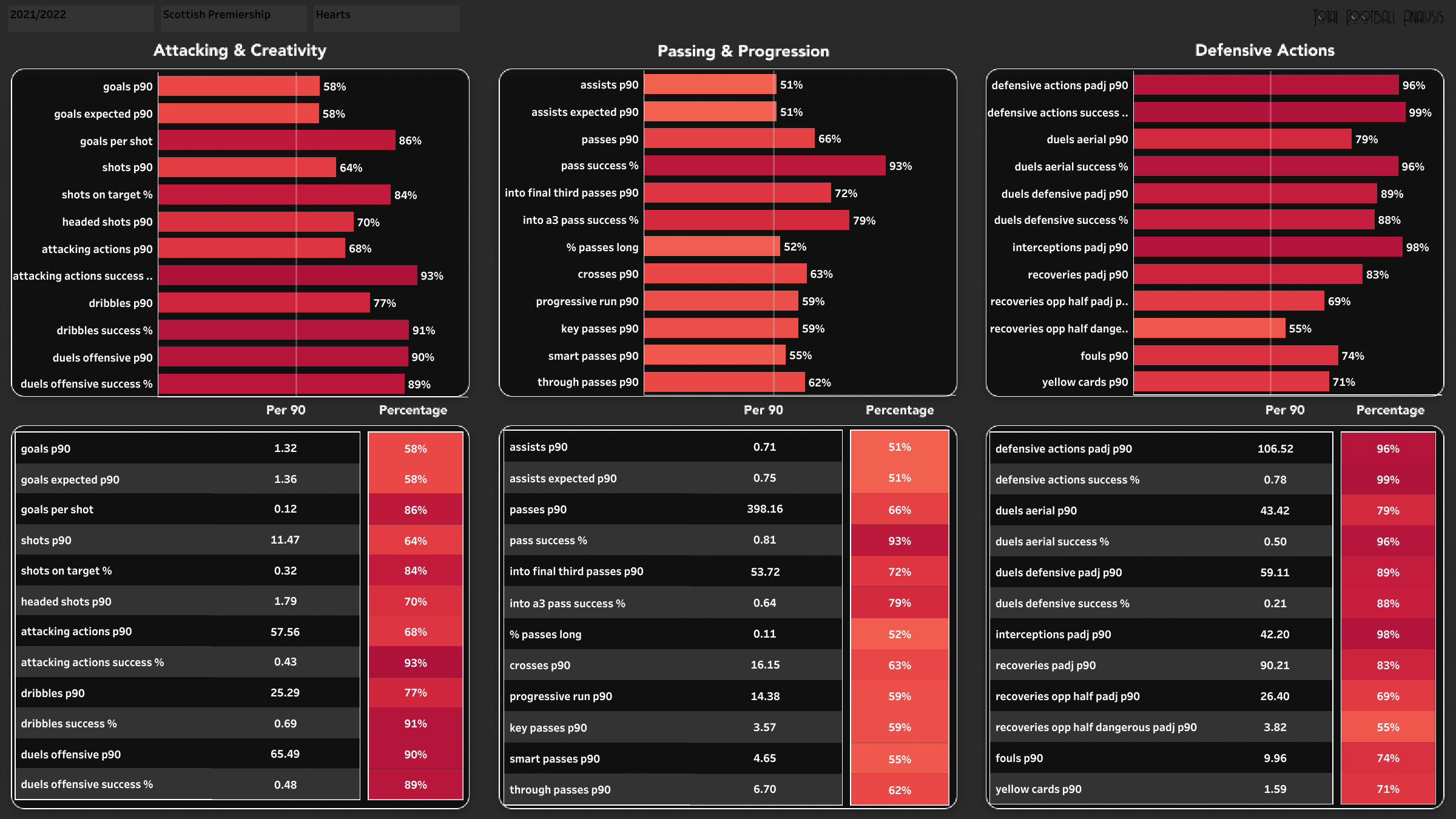 The above viz shows the attacking, passing, and defensive stats of the team last season. When looking at the above chart, the general rule is that the longer the bar, the better the performance — you can see the league average in the middle, and the % is the percentile rank the player is in. Hearts had a high percentile rank in the attacking department, and the team had a high success rate. Their passing wasn’t up to the mark, and Hearts were just ranked above average. Defensively, the team was sound and conceded fewer goals.

Hearts will be without their key defender, John Souttar, who has made a transfer to Rangers. However, they have signed a few players to improve every area of the pitch. Lawrence Shankland is expected to lead the line and will be supported by Cameron Boyce. 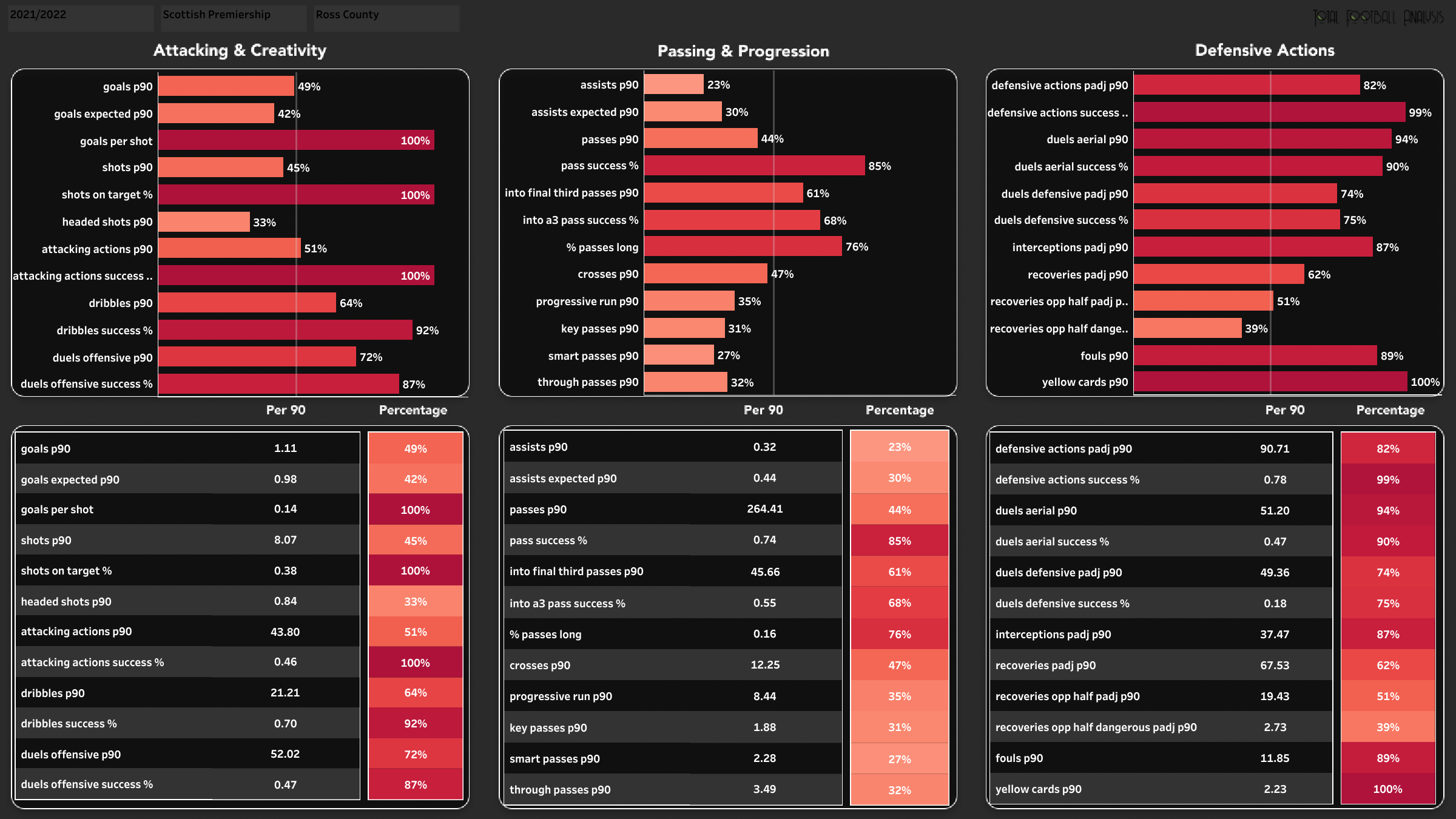 Ross County finished last season with 41 points. They won ten matches, drew 11 and suffered defeat in the remaining 17 matches. Ross County scored 47 goals last season and conceded 61. Their biggest struggle was attempting shots, and they were poorly ranked in comparison to other teams in the league. Another struggle could be seen in the passing department, where the team was once again ranked low. Ross County only had a high percentile rank in the defensive areas. The manager will expect some improvements from his side next season, and this could automatically lead to good results.

Ross County will be without two key players this season following the departure of Blair Spittal and Regan Charles-Cook. They have added a few names to their squad and some of them could feature against Hearts.

Hearts will be the favourites to take three points from this match. They will look to carry the momentum from last season and earn more points. On the other hand, Ross County will also look to finish higher up in the table and challenge Celtic and Rangers for the league title.