Rangers are looking to add new players to the squad after failing to win the Scottish Premiership. They are looking to strengthen their team by bringing in new faces who could turn things around for them in the upcoming season. The UEFA Europa League 2021/22 runners-up had left-back issues towards the end of the season. Borna Barisic was dropped to the bench in a few matches. Calvin Bassey played in his place, but later on, he was shifted to the centre-back position. They are now targeting 23-year-old Stoke City left-back, Josh Tymon. He was a regular member of Stoke City’s squad in the EFL Championship. The player likes to make forward runs and is a threat with the ball at his feet. Here are some of the stats that show his performances from last season. 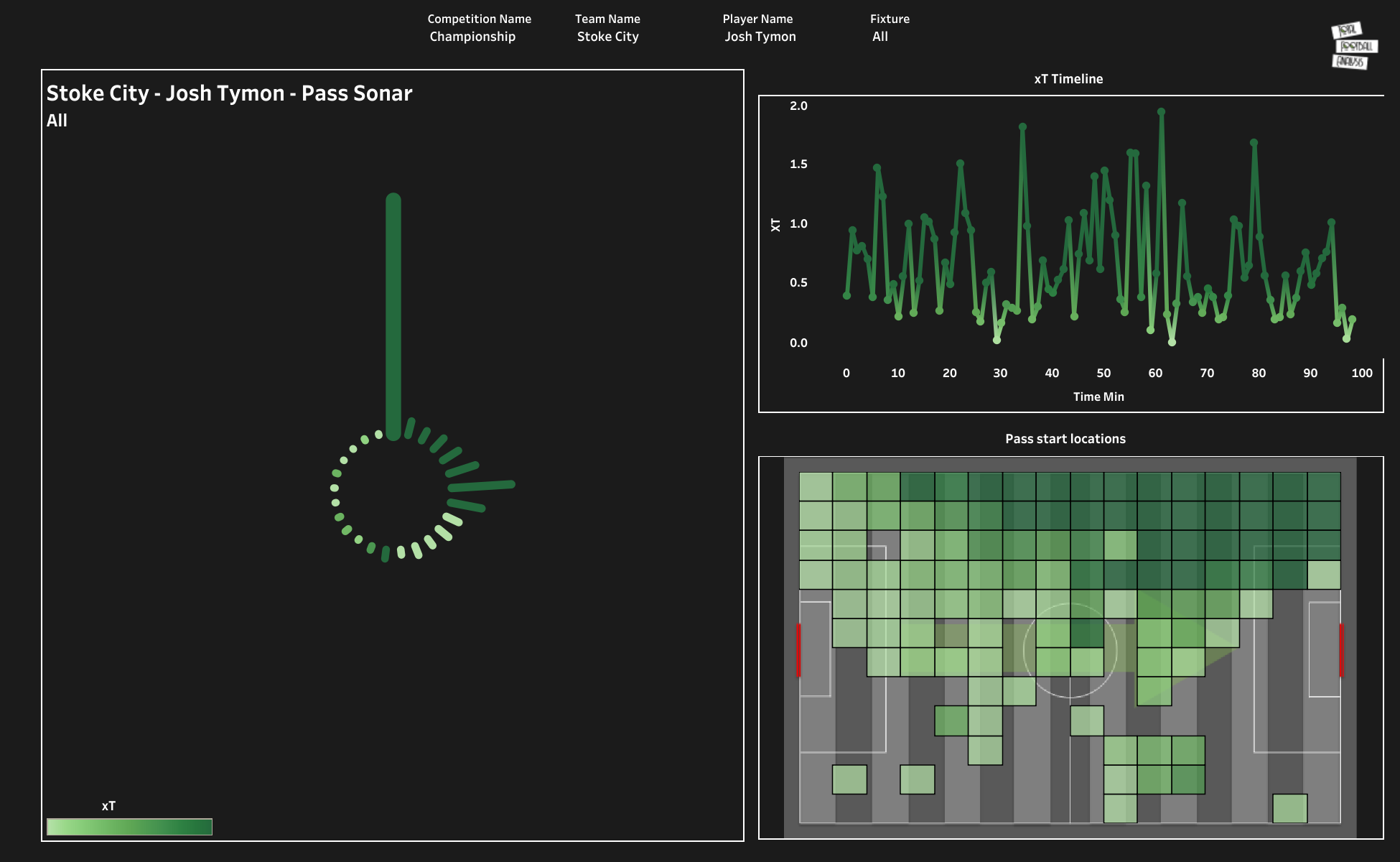 Tymon made 44 appearances for Stoke City and was involved in five goal-scoring contributions. He scored a goal for his side and had four assists. The above viz shows the player’s start location as well as his xT timeline. It can be observed that the player stretched the opposition defence and attempted a lot of passes from the final third. The xT timeline shows that he created a lot of threats at the start and in the middle of the matches. Tymon was less effective during the latter stages of the match. However, he took some dangerous positions inside the attacking third and was effective with his passing. 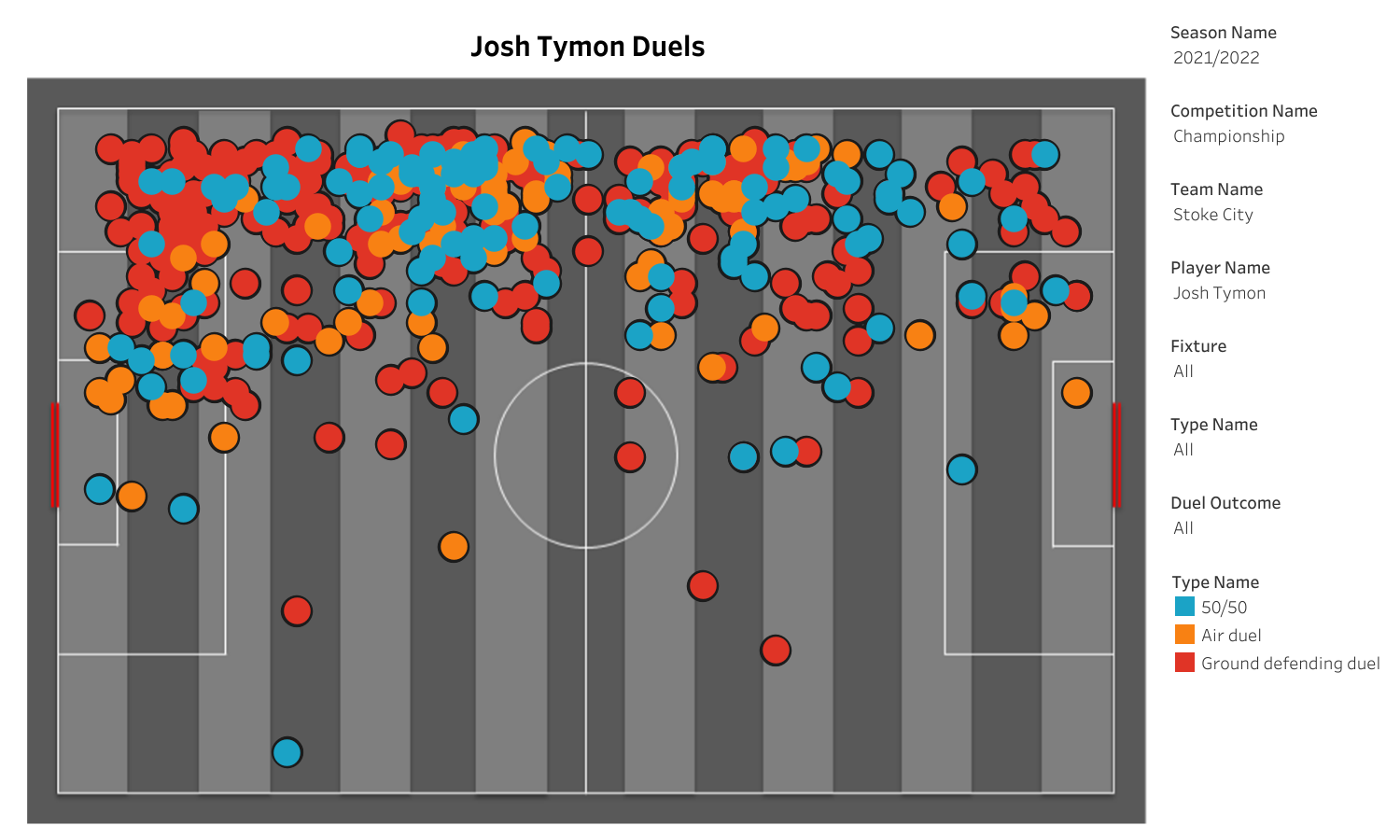 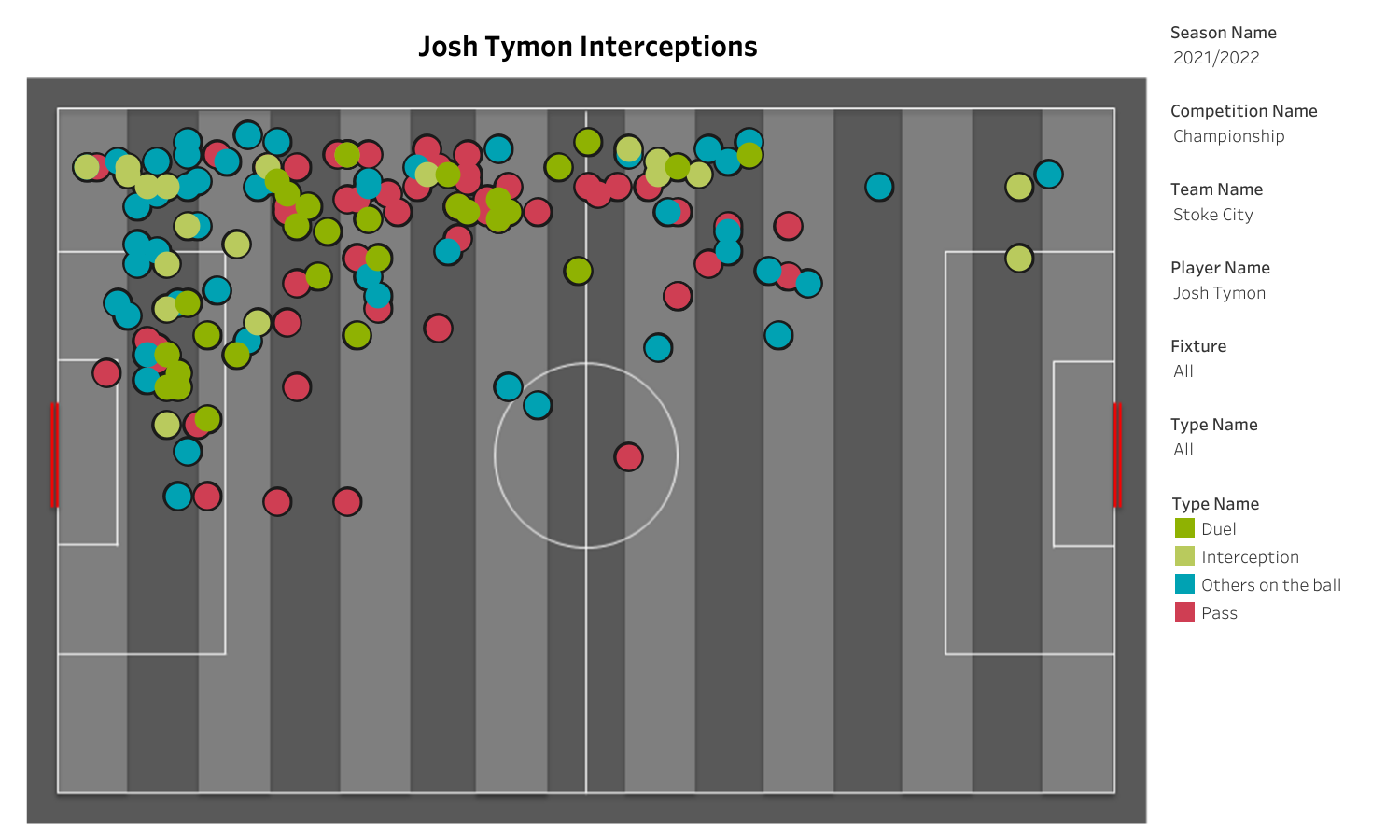 Josh Tymon played the most games in a single season in his young career. He made the highest goalscoring contributions in his career and has gained the interest of a few clubs. Rangers will look to add new names to their squad, and he could turn out to be a valuable signing.