Celtic signed Matt O’Riley from MK Dons in January 2022. The 21-year-old signed a four-and-a-half-year deal with the Scottish Premiership side. Since joining the club, the youngster has featured in every league game and has netted four goals along with three assists. O’Riley has been highly rated and has delivered for Celtic in this short spell. These are some of the stats that highlight why he is highly rated. 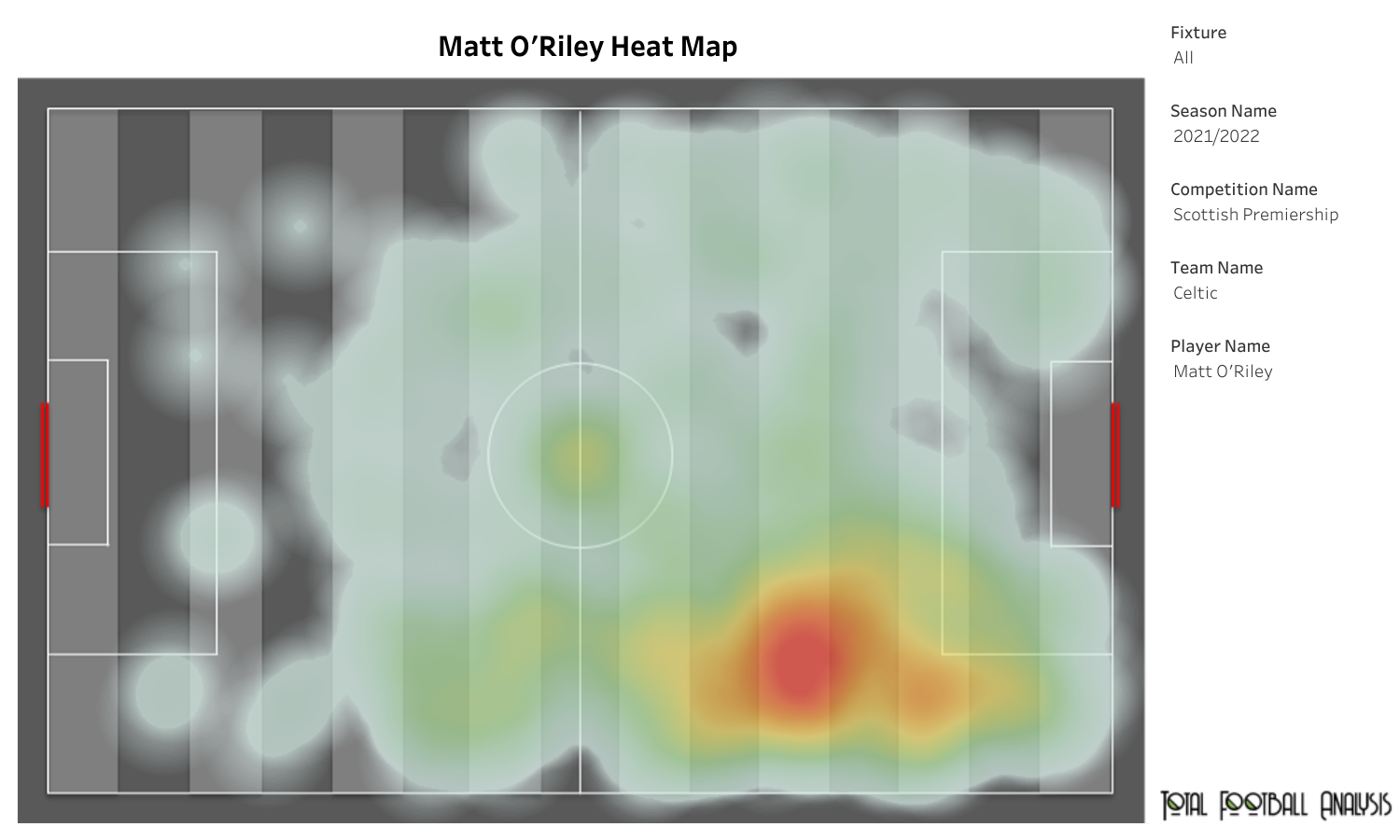 Celtic play in a 4-3-3 formation, with Matt O’Riley featuring in the midfield. He has started on the right side for the Scottish Premiership leaders. The heat map shows that his average position is also towards the right side. He has made 16 appearances for the Scottish club, and six were off the bench. The player has taken 55 touches inside the opposition’s penalty box, mostly by coming in from the wider sides. 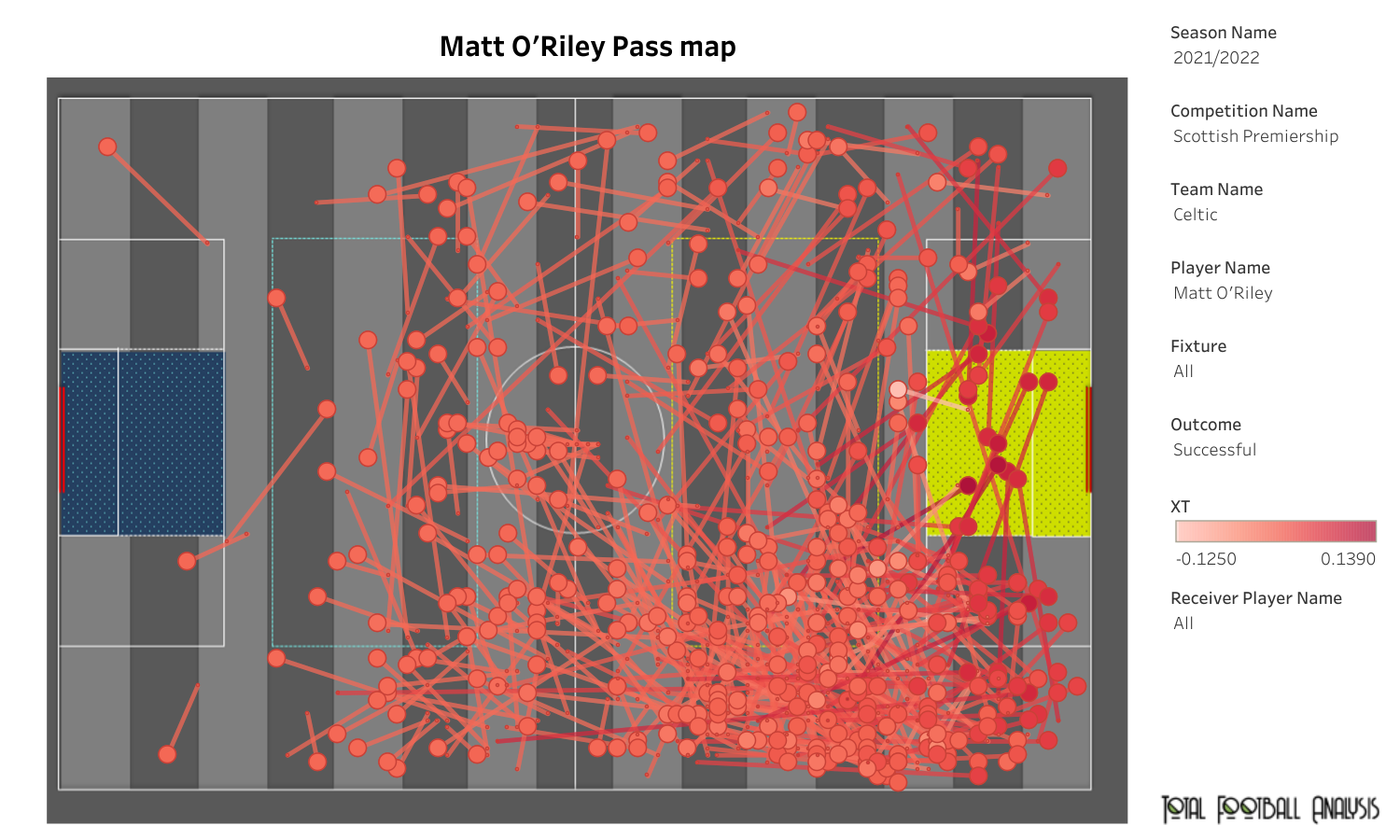 Matt O’Riley has impressed everyone with his passing on the pitch. The above viz shows all the successful passes attempted by him this season. We can observe that most of his passing was done towards the right side. He has delivered a few passes into the opposition’s penalty box, and those passes have created the highest threat rate. Some of his passes have been delivered right in front of the goal, and the player carries an xA rate of 3.24. His passes include 36 crosses, 22 smart passes and 21 through passes. 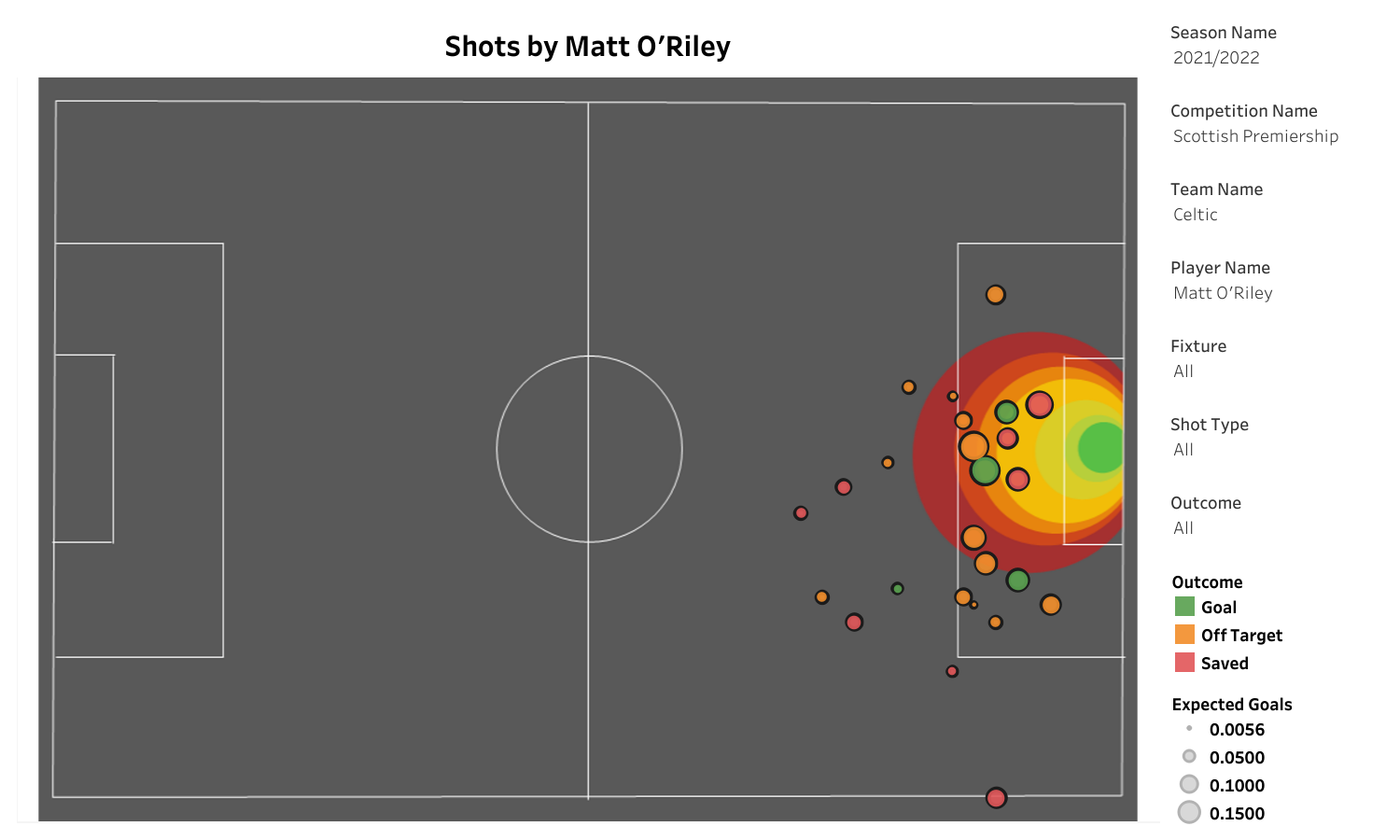 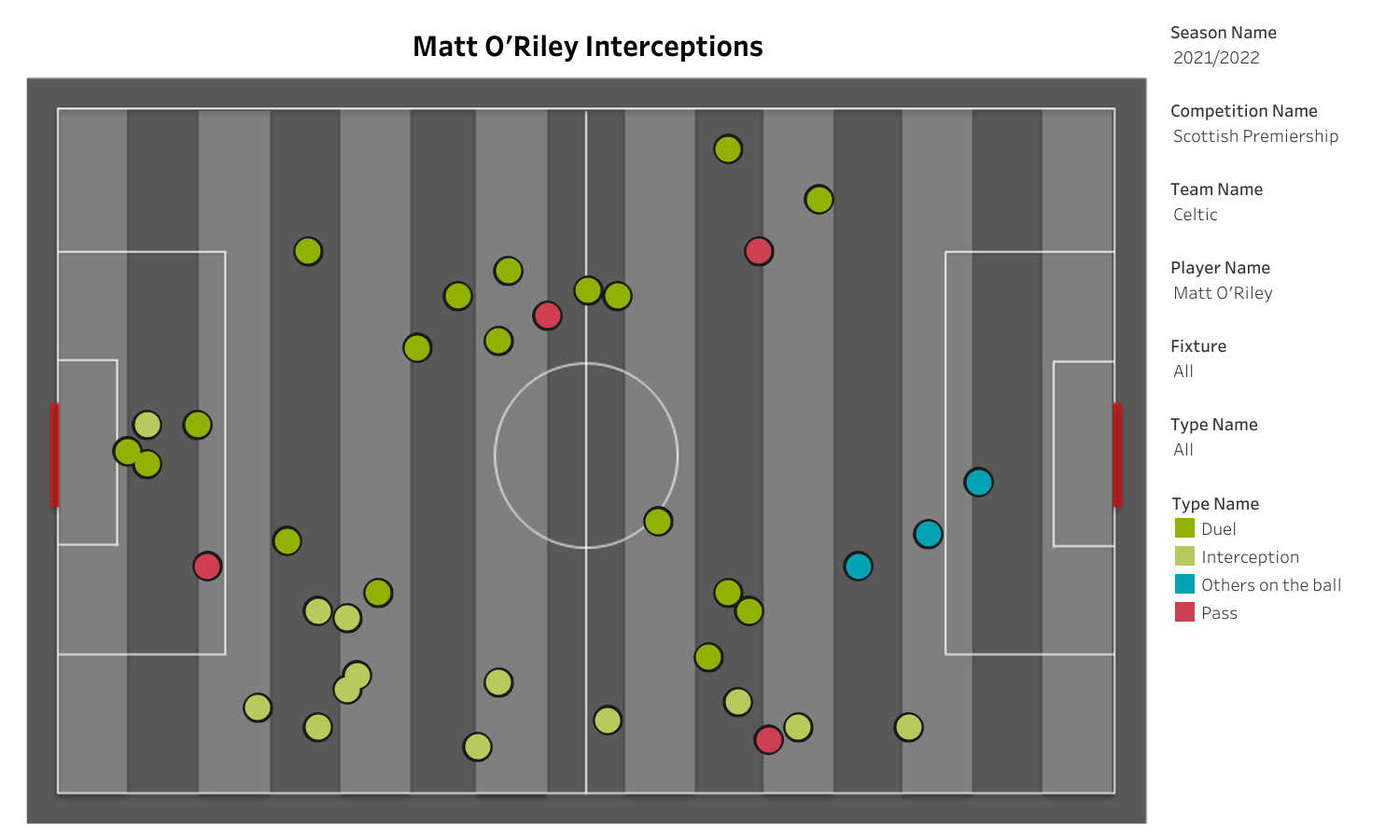 Matt O’Riley has been one of the best signings in the January transfer window. He has made some important contributions that have helped his side win another Scottish Premiership title. The player has a bright future ahead of him and will look to carry this form into the next season.