Ryan Porteous is one of the hottest prospects in Scottish football. The 23-year-old centre-back plays for Scottish Premiership side, Hibernian. He is a Scottish U-21 defender who has been a regular for his side in the past two years. Porteous is now into his final year of the contract and has yet to sign a new contract with his side. The 23-year-old is being chased by a few other clubs, and he might be on the move to a new club. Last season, he was a part of Hibernian’s backline, and some of the stats show why he is rated so highly in the league.

The centre-back made 36 appearances in all competitions for the Scottish club. Of these 36 appearances, 29 came in the league, and he was able to find the back of the net on two occasions. The defender has now scored a goal in every season he has featured for Hibernian. 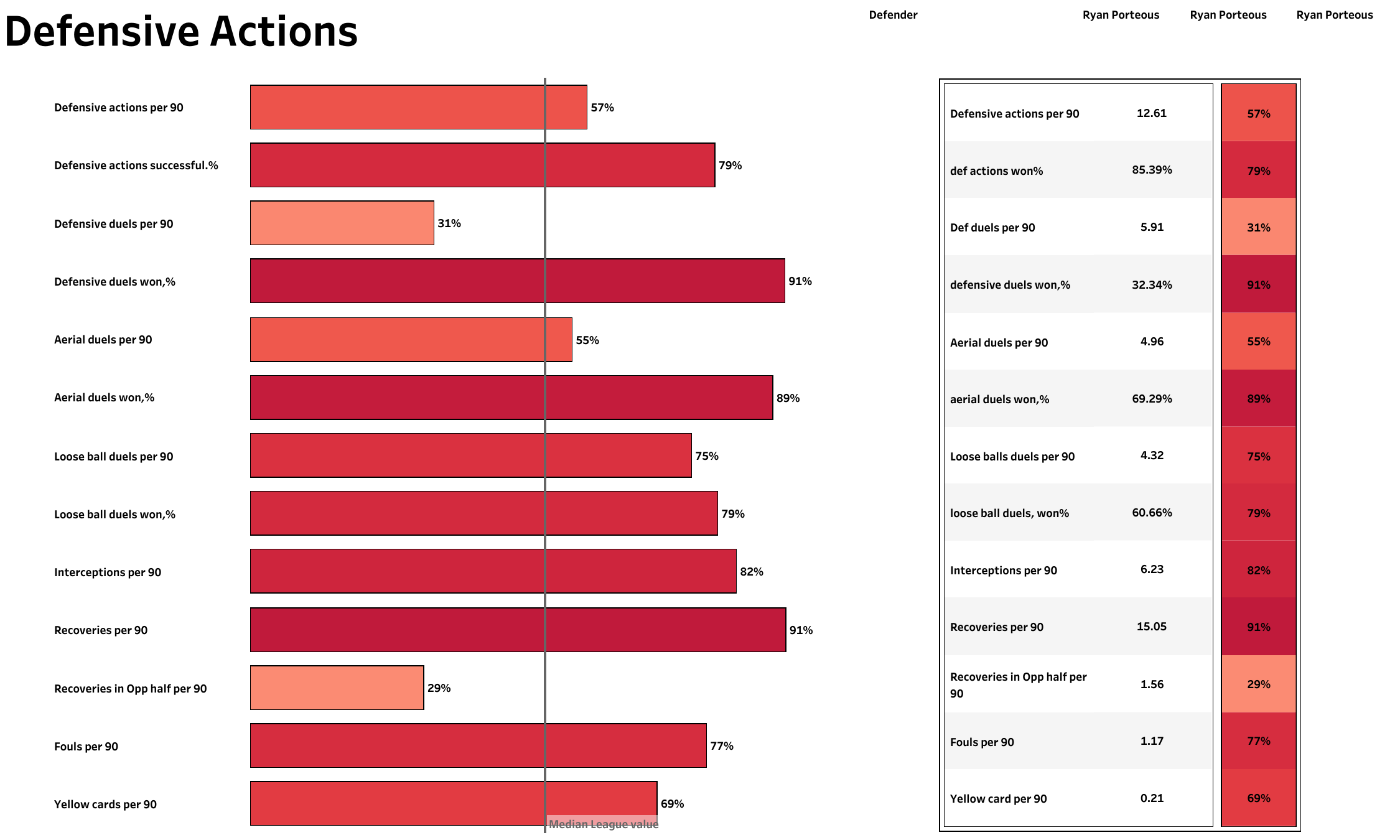 Last season, Porteous was one of the top-performing defenders in the Scottish Premiership. He averaged 12.6 defensive actions per 90 minutes with a success rate of 85.4%. When looking at the above chart, the general rule is that the longer the bar, the better the performance — you can see the league average in the middle, and the % is the percentile rank the player is in. Porteous’ recovery rate was high, along with a high interception rate. His duels win percentage was also high, as he was ranked high among the league’s defenders.

The above viz shows all the duels that were won by the defender or ended in a neutral result. We can observe that Porteous covers a lot of areas on the field and wins most of his duels in the middle third. He is good in the air and has won some aerial duels inside the opposition’s penalty box. Ryan Porteous plays a high defensive line and likes to get involved in the plays. 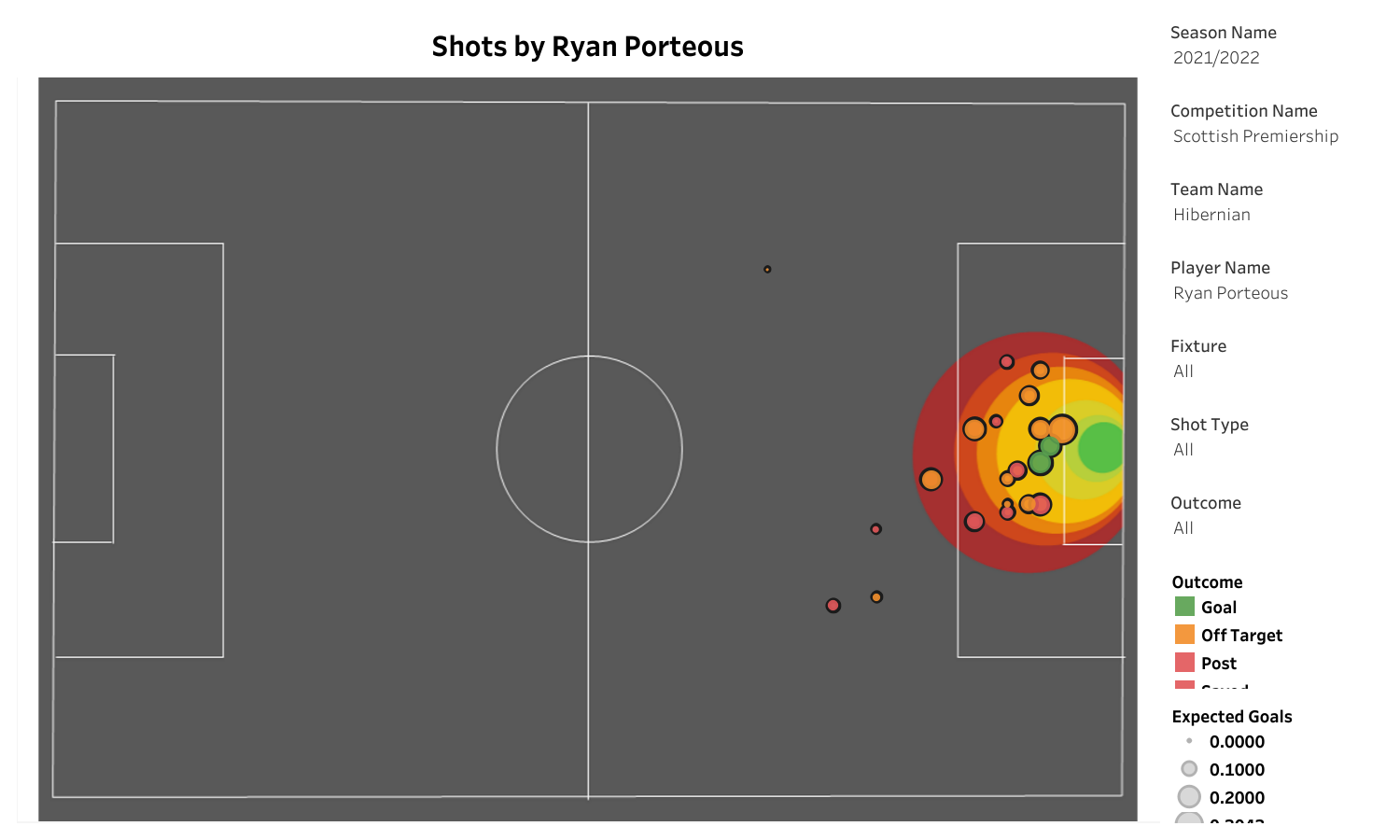 Porteous’ goal-scoring instinct makes him a threat during set-pieces. The above viz shows all the 21 shots that the centre-back attempted. His shot accuracy rate was 38.1%. The defender likes to score with his head and averaged 0.4 headed shots per 90 minutes. This shows that he is a threat going forward.

Ryan Porteous’ all-around abilities make him one of the top young defenders in the league. He can pass the ball, score goals, and defend his team. The player is a threat in the air and can win most of the duels. Hibernian will try to extend his contract or sell him for a good price. The defender could be playing for another club next season.