Livingston travel to Pittodrie Stadium to take on Aberdeen in the Scottish Premiership. Both teams are level on points with two wins and two losses in their opening four fixtures.

Aberdeen won their last match 1-0 against St. Johnstone. They have now scored seven goals with an xG rate of 1.63. In return, the Dons have conceded six goals.

Livingston lost their previous match 0-1 against Motherwell. They had a poor outing in the last game. David Martindale’s side has scored and conceded four goals with a low xG rate of 0.79.

Let us look at the three things that could happen according to the stats. 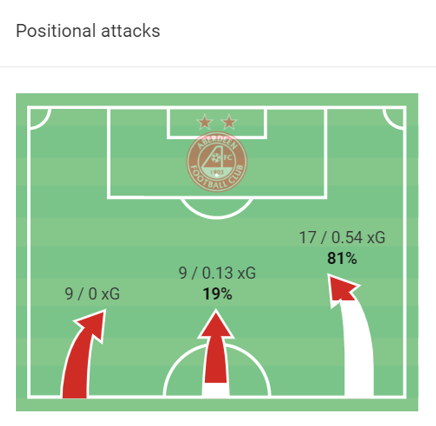 Aberdeen will be the more attacking side in this match. They average 28.5 positional attacks and 13.7 shots per match, with an accuracy rate of 32.5%. In the last match, they attacked more from the right side and once again, will aim to exploit Livingston’s defence.

Livingston are way behind their opponents, with an average of 18.2 positional attacks and 7.5 shots per match. They will look to improve their average in this match.

Livingston on the defence 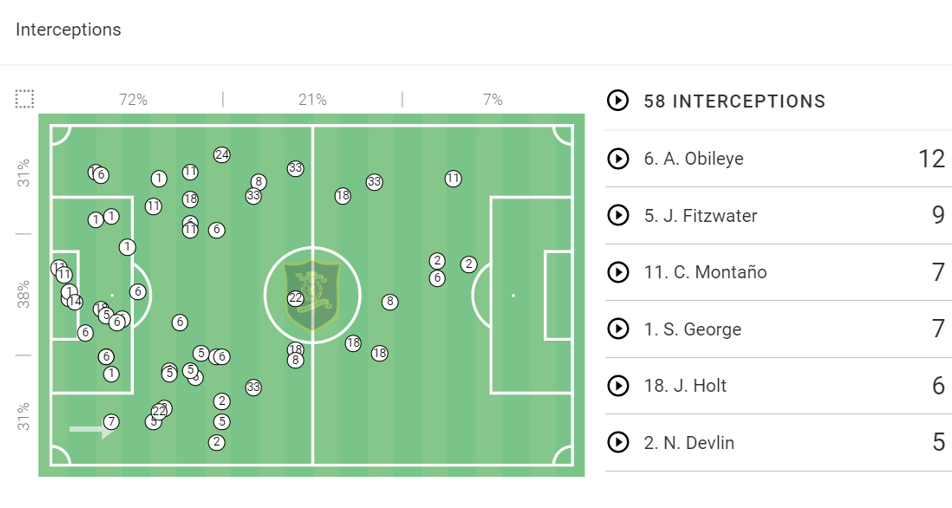 Livingston’s poor attacking display has forced them to defend their goal this season. They have won 60.6% of their defensive duels and 42.5% of their aerial duels. Other than this, Livingston average 82.7 recoveries and 48.7 interceptions per match. They will have to defend their goal against an attacking Aberdeen side. The above viz shows that Livingston will try to intercept most of the passes outside the opposition’s penalty box. They won’t give easy opportunities to the opposition.

Aberdeen’s aggression in A3 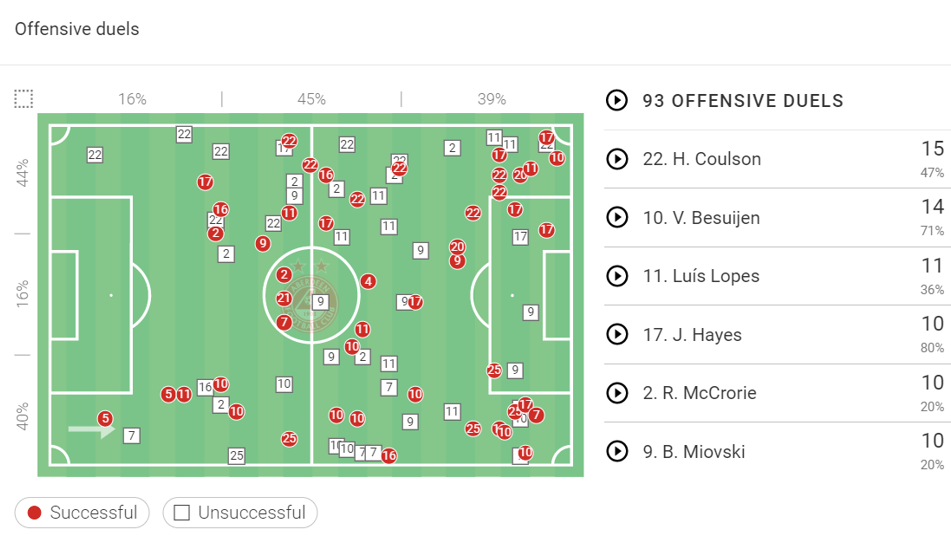 Livingston’s defence will stay on their toes against an aggressive Aberdeen attack. The Dons have a high win percentage in offensive duels. They average 74.75 offensive duels per match with a 48.5% success rate. In the last match, the Dons contested 93 offensive duels and won 47. They won most of the duels in the attacking third and on the flanks. They will once again look to pressurise the opposition by winning these duels.

Callum Roberts and Connor Barron will be the notable absentees for the hosts. Hayden Coulson made a return from injury in the last game and will continue to play as a left-back. There are no new injury concerns in the camp

Dylan Bahamboula will miss the match due to suspension. Morgan Boyes and Tom Parkes are also out with injuries.

Aberdeen look like the favourites to take three points away from this fixture. They will make use of the home advantage, and a win could act as a momentum booster for the rest of the season. Livingston, on the other hand, will look to return to winning ways or at least take a point from this fixture.