Aberdeen will play host to Ross County in the final round of the Scottish Premiership before the play-off stages. Both teams will look to finish in the top half of the table with a win. Ross County’s recent dip in form has dropped them into the bottom half of the table. Their opponents have been inconsistent this season and also remain in the bottom half. This is a crucial fixture for both teams before going into the play-off stages.

Aberdeen have won nine, drawn nine, and lost 14 matches in the Scottish Premiership this season. They have scored 38 goals with an xG rate of 39.99. In return, they have conceded 41 goals with an xGA rate of 33.72. The Dons played out a 2-2 draw against the bottom of the table side Dundee in the previous round. 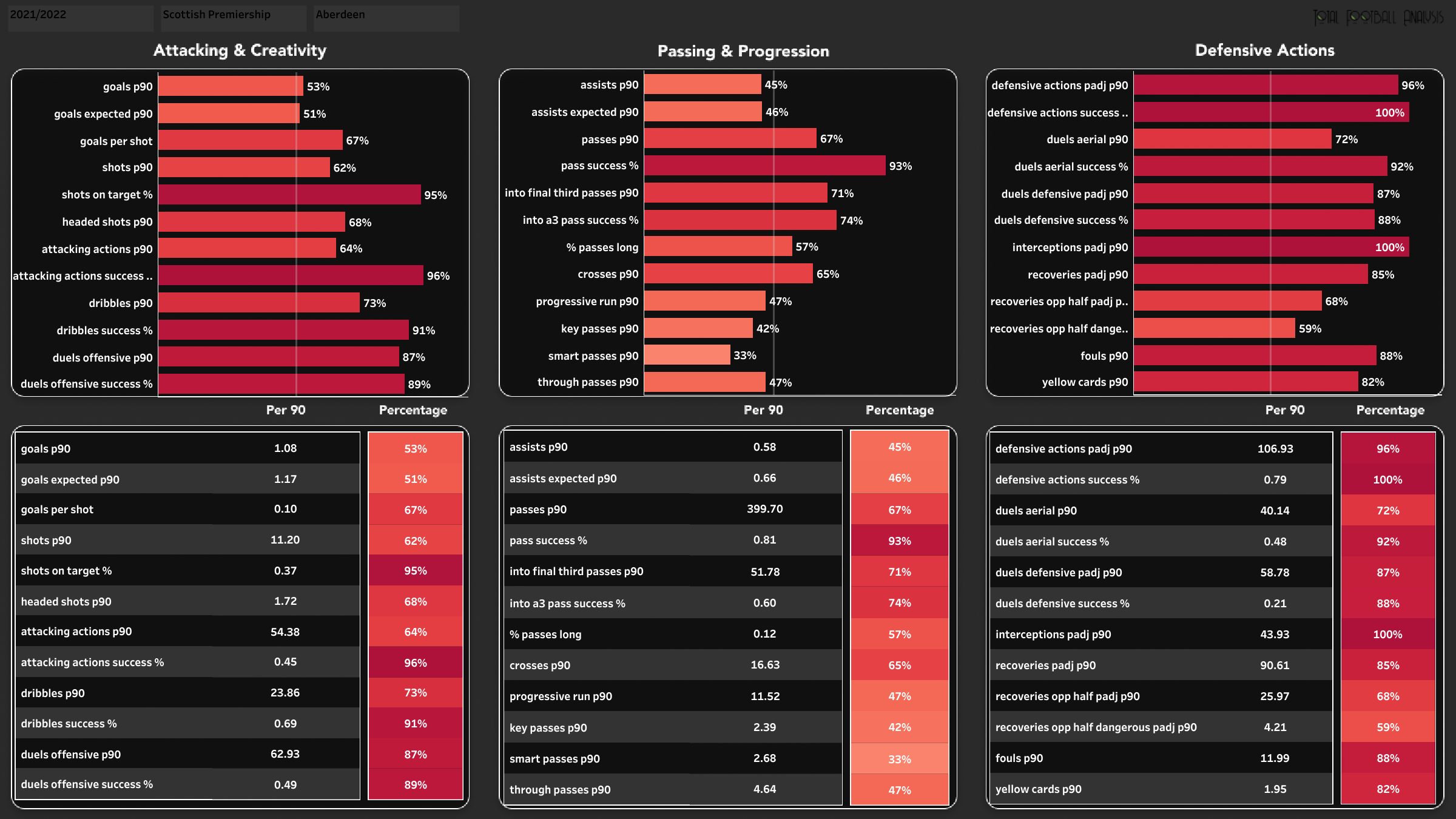 When looking at the above chart, the general rule is that the longer the bar, the better the performance – you can see the league average in the middle, and the % is the percentile rank the player is in. The home team has a better percentile rank when we look at the attacking & creativity sides. Notably, the Dons have contested around 63 offensive duels per 90 minutes and have a high success rate. One of the areas where they have struggled is passing the ball. They have a low percentile rank in most of the stats like key passes, smart passes, through passes, and more. Defensively, the percentile rank is higher than the other teams. 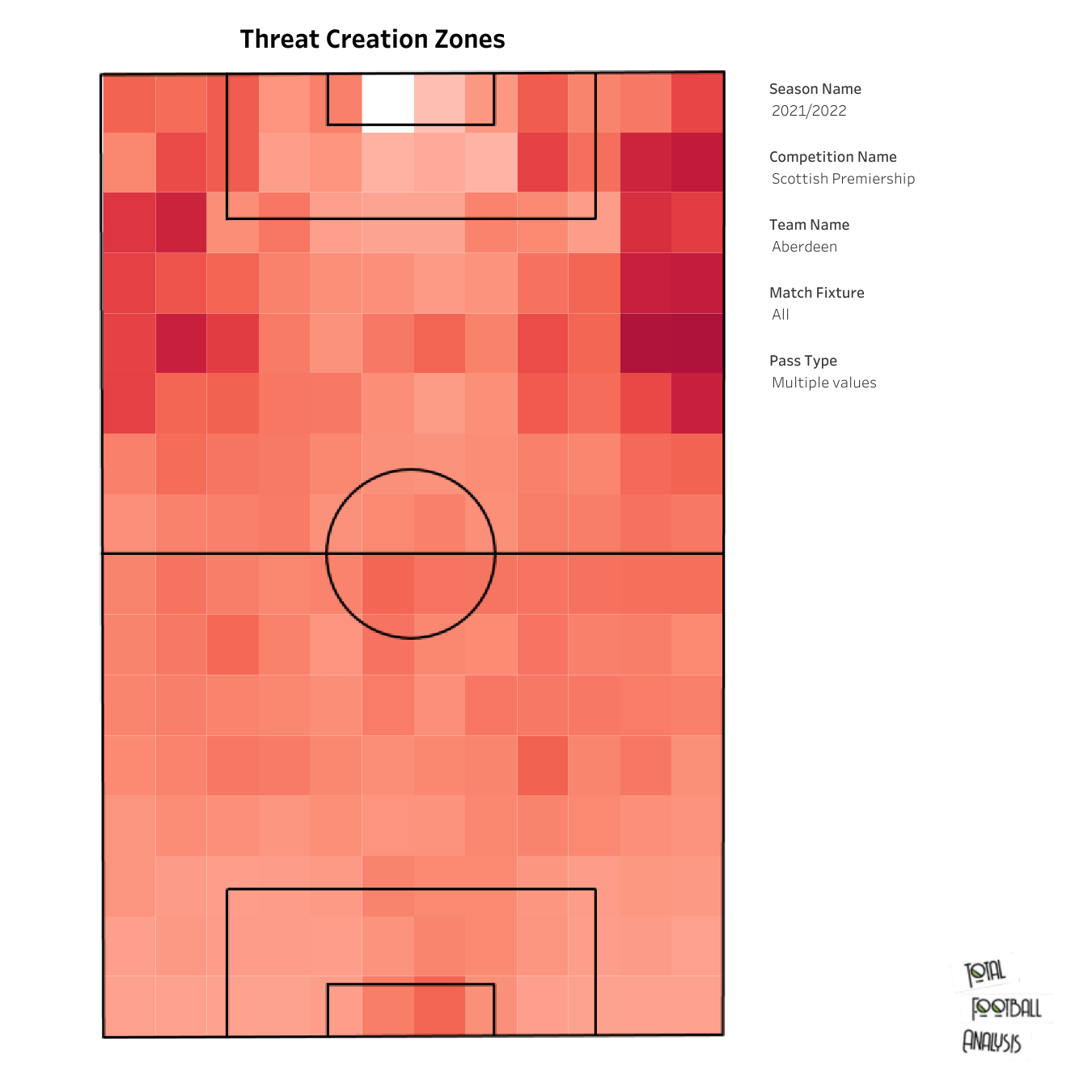 The above viz shows the threat creation zones for Aberdeen this season. They have attacked more from the right side, with right-back Calvin Ramsey creating the highest threats for the Dons. He has provided four assists this season.

Calvin Ramsey will return to the team after getting substituted for a head injury during the previous game. Mikey Devlin and Matty Kennedy are likely to miss the match due to their respective injuries. 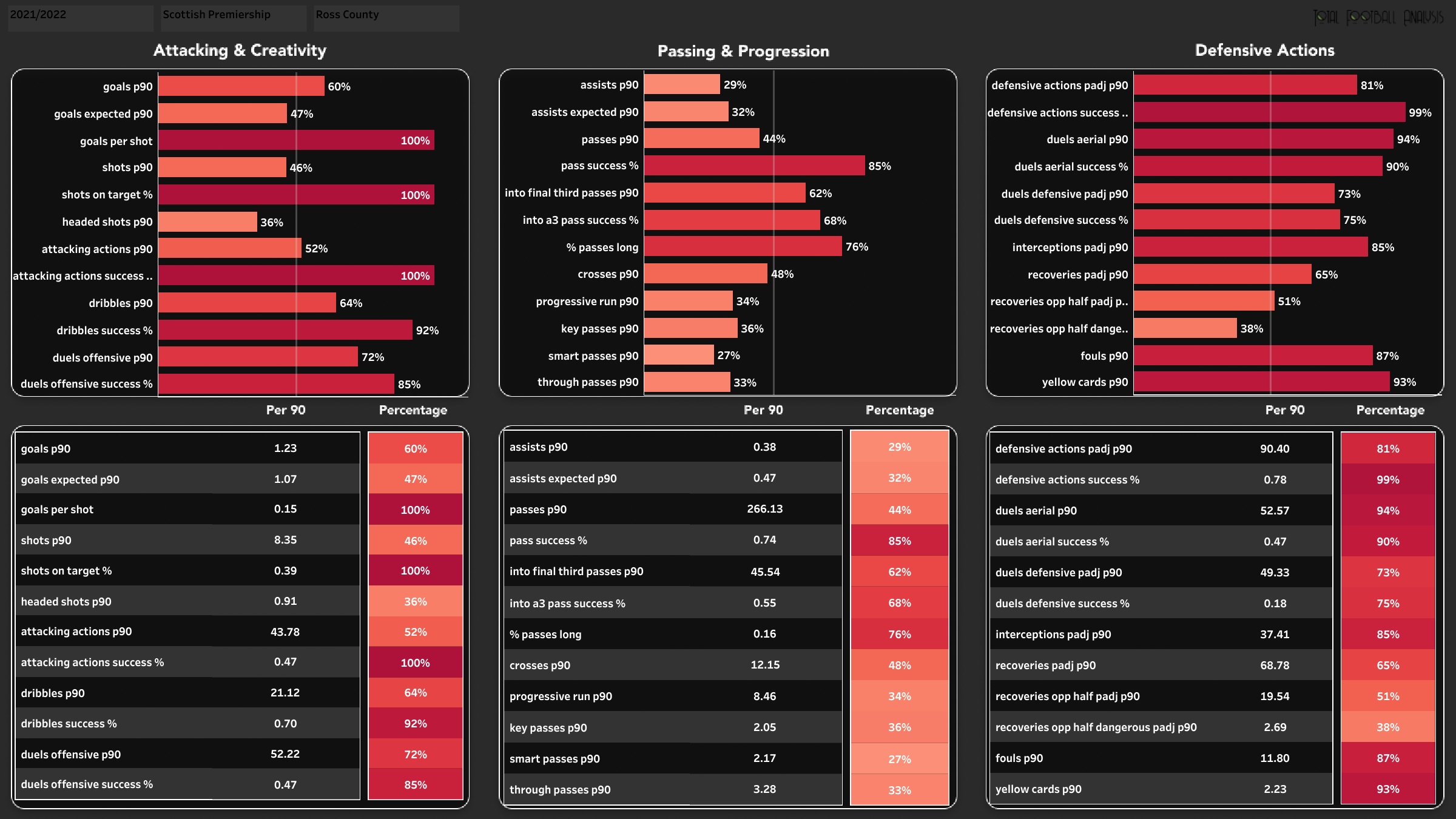 Ross County have won nine, drawn ten, and lost 13 matches in the league this season. They have scored 44 times and conceded 52 goals. The overall xG of the team has been 36.74, and the xGA is 45.67. From the above viz, we can observe that the visitors have attempted fewer shots than most of their opponents. Other than this, they are ranked just above average for attacking actions per 90 minutes. Ross County’s passing has been the main struggle, as the team has a very low percentile rank amongst the other teams. 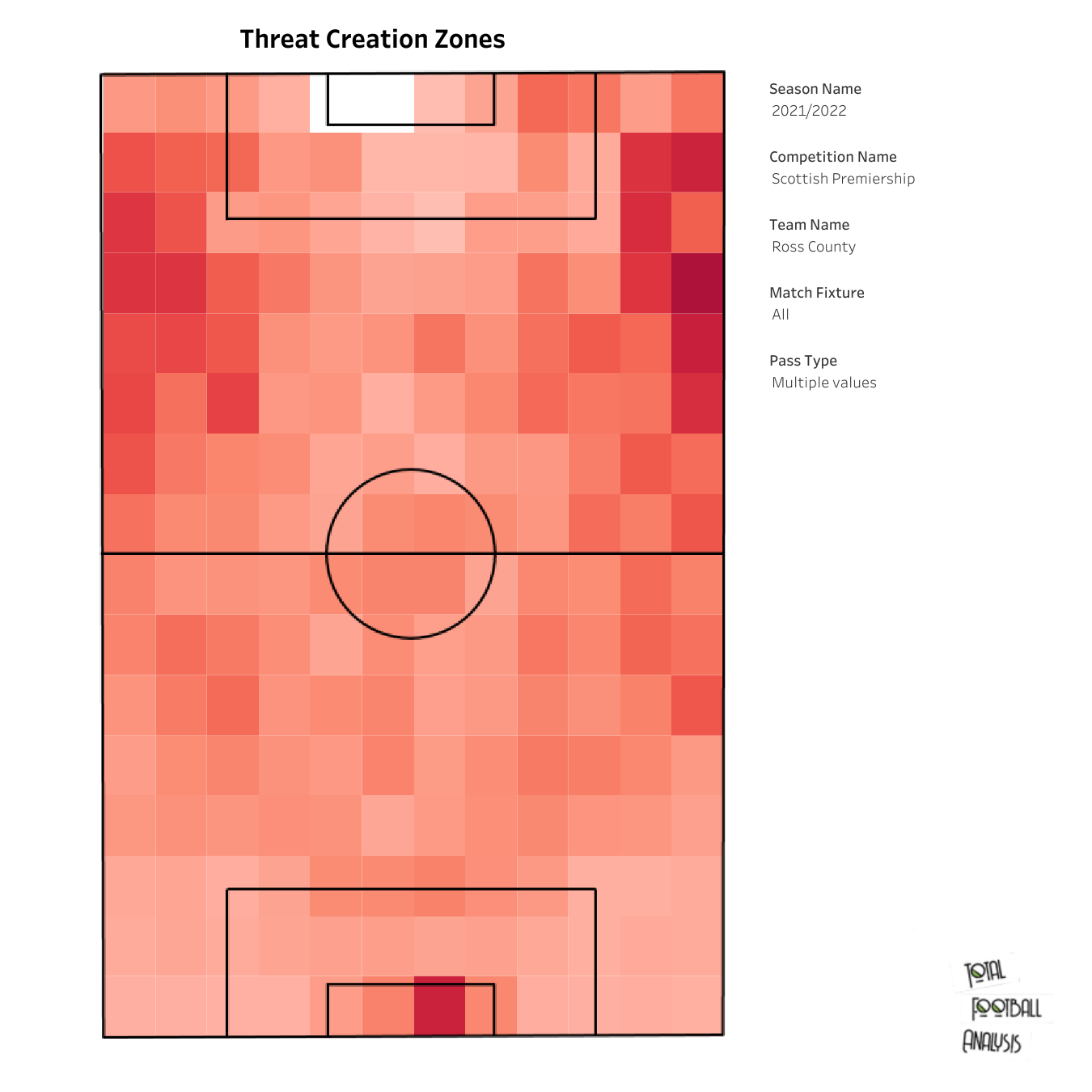 Ross County have also created more threats from the wider sides, mostly from the right side. Jordan White has provided the highest number of assists for the visitors. The forward has set up six goals.

Kayne Ramsay will be a notable absentee for the visitors. The right-back is serving a three-match suspension.

This is a crucial match for both teams as they have a chance to go to the top half of the table with a win. Both teams have been inconsistent, and their last two meetings have ended in a 1-1 draw. They will look to return to winning ways and take the momentum to the playoff stages.