Hearts will host Dundee United at Tynecastle Park in the Scottish Premiership. The hosts are unbeaten after the first two games and have collected four points. Dundee United lost their first match of the season last weekend and will look to make a comeback. They also suffered a 0-7 hammering from AZ Alkmaar in the UEFA Conference League qualification round, and that ended their hopes of playing in Europe this season.

Hearts head to this game after playing a 1-1 draw against Hibernian. They have scored three goals in two matches with an average xG rate of 1.33.

Dundee United lost their last match 0-1 against Livingston. They have only scored a single goal with an average xG rate of 0.94.

Let us look at three tactical points according to data obtained from the last two matches.

Both teams may have struggled to score goals by their standards, but they did create some positional attacks to cause problems for the opposition. 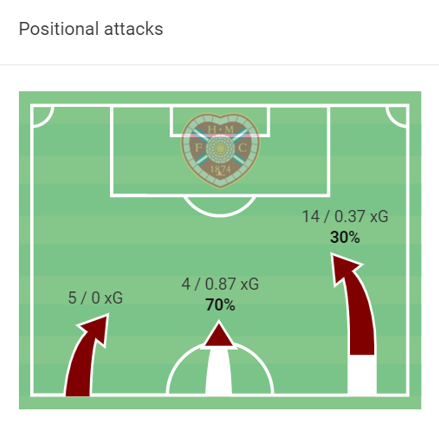 Hearts created 32 positional attacks in the first match and 23 in the last one. 16 shots were attempted with these positional attacks. Overall, the home team attempted 25 shots, with ten of them being on target. In the last match, Hearts created most of the attacks from the right side, but the highest xG rate was produced from the centre. They might change their attacking approach in the next game and create more attacks from the centre. 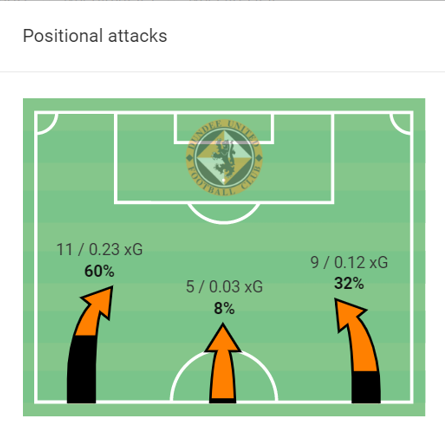 Dundee United were involved in 32 positional attacks in the first game and 25 in the last. However, they only attempted eight shots out of the many attacks they created. Dundee United have struggled to find space and attempt shots this season. They only averaged nine shots in two games, with 11 coming in the last game. The shot accuracy is a bit high at 44.4%. The visitors have also shown creativity from the wings and will look to continue with the same tactics in this game. 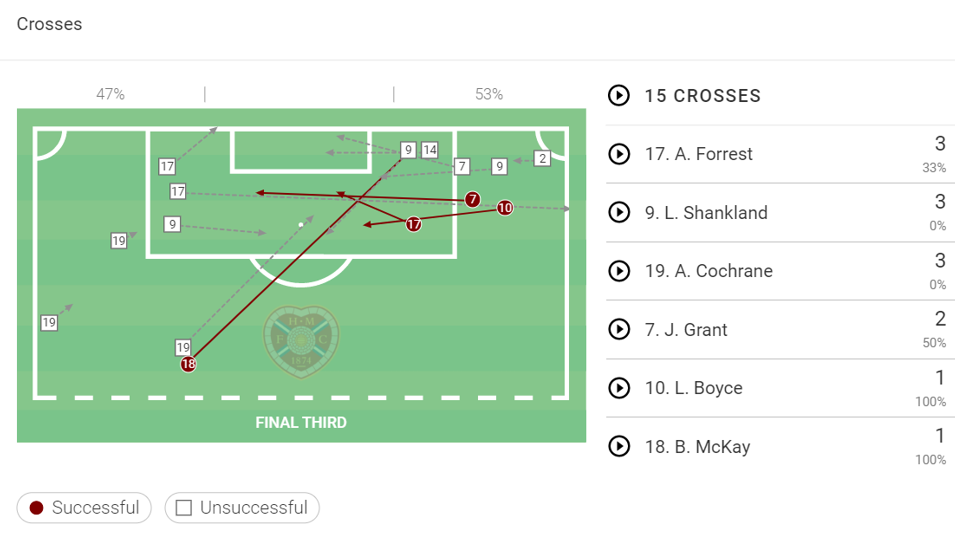 Hearts have struggled to attack this season and have created fewer chances than they did last season. One of the reasons behind this is their poor crossing rate and accuracy rate. Hearts average 13 crosses with a low accuracy rate of 27%. The above viz shows that most of the crosses have failed to find a teammate. 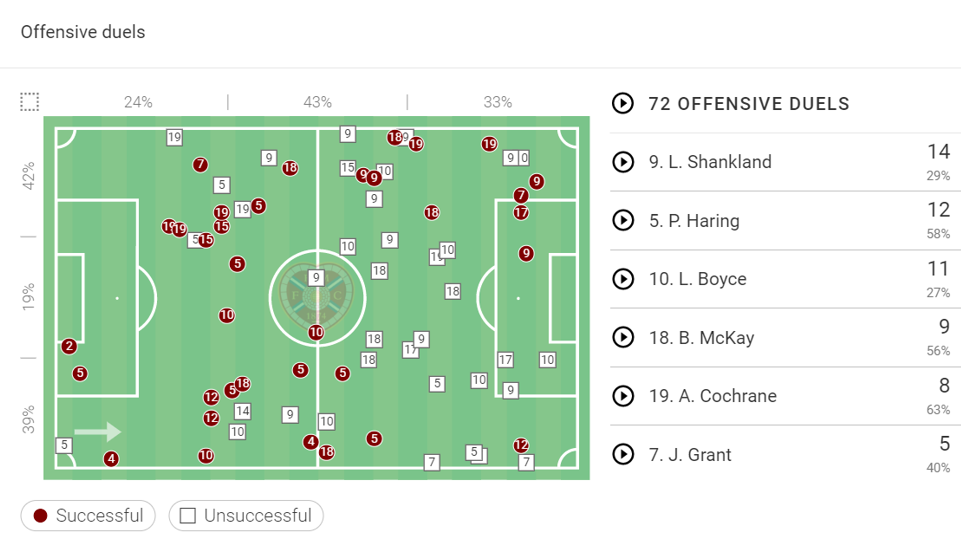 Another reason for their struggles is their low offensive duels win percentage in crucial areas. They have contested very few duels inside the attacking third and middle third, and most of their wins have come inside their half. They need to contest more offensive duels high up the pitch to put pressure on the opposition’s defence. 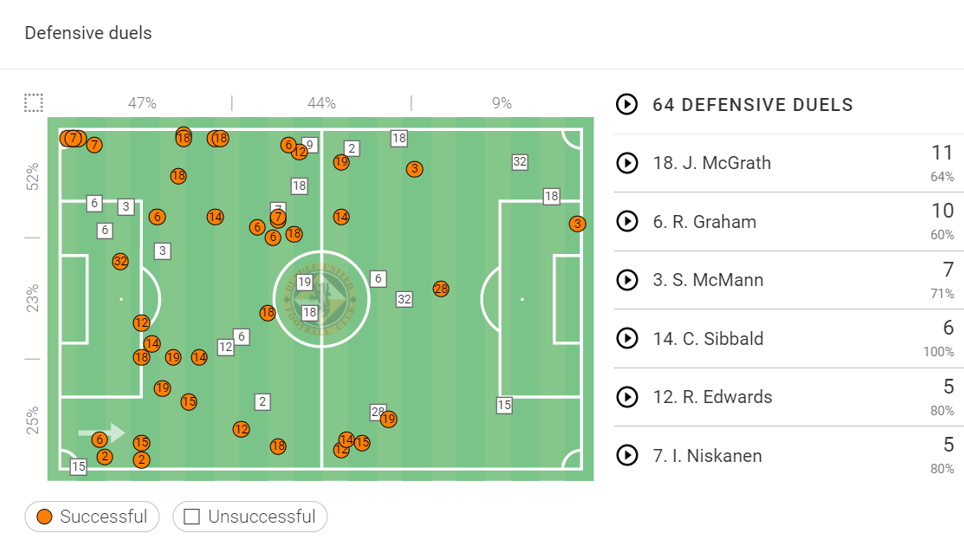 Nathaniel Atkinson and Tony Sibbick could return to the starting XI for Hearts. Lawrence Shankland will once again lead the line, and this time it will be against his former club.

Hearts will be the favourites to win this game. Dundee United players will be a bit tired after playing in the midweek. Hearts will look to take advantage of this and capitalise with three points. Dundee United won’t be an easy team to beat, and they will be up for the challenge.