Motherwell will host defending Scottish Premiership champions Rangers at the Fir Stadium in the second phase of the Scottish Premiership 2021/22 season. Rangers finished second in the league table and are still six points behind Celtic. Motherwell, on the other hand, finished in the sixth position. The previous three meetings between the two teams ended in two draws and one victory for Rangers. 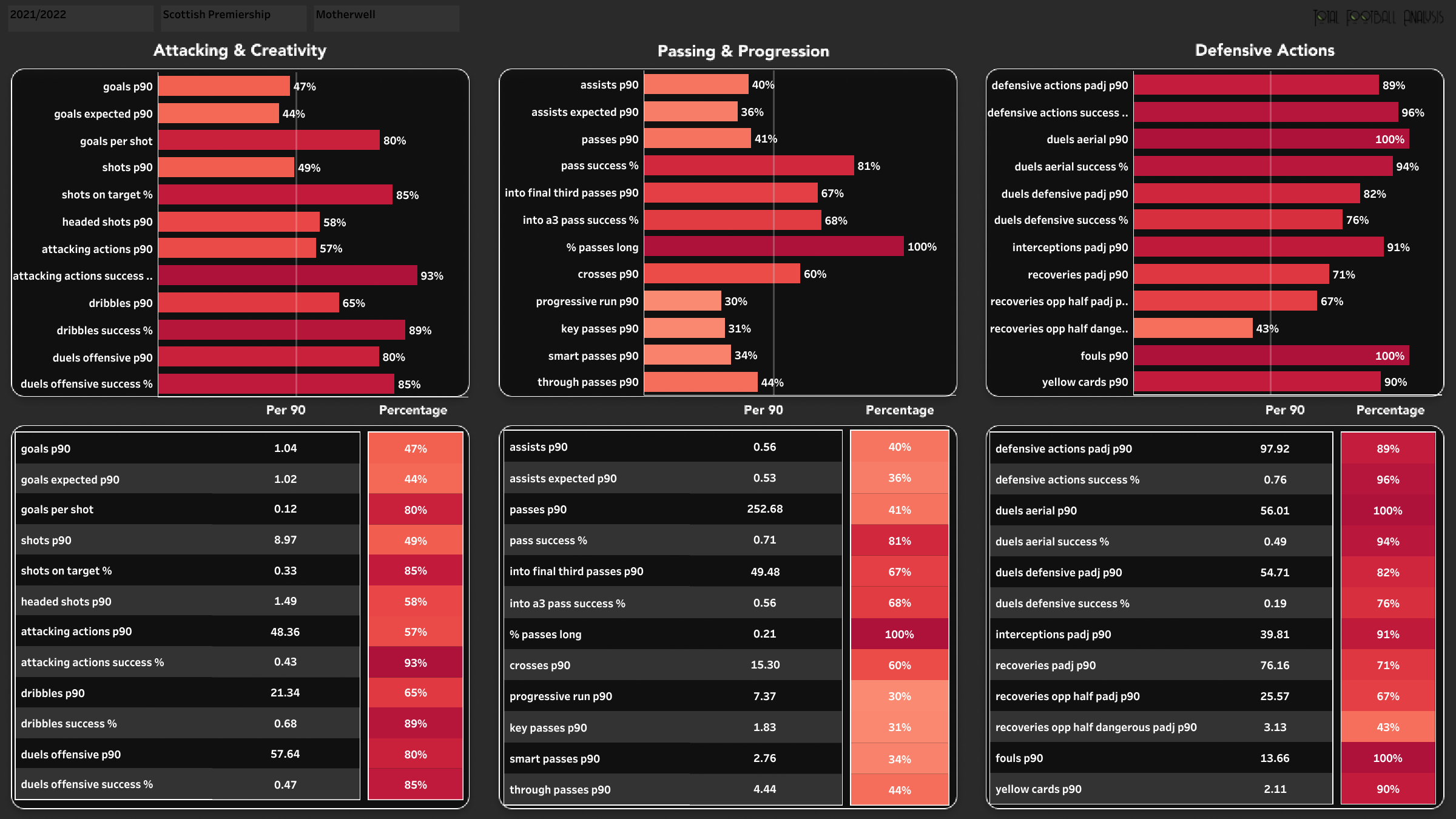 When looking at the above chart, the general rule is that the longer the bar, the better the performance — you can see the league average in the middle, and the % is the percentile rank the player is in. The home team is ranked below average for scoring goals in the league this season. They have struggled to attack and keep hold of the ball. The passing and progression chart shows that Motherwell have performed below standards and have a low percentile rank. Their defence has been the only positive, and they have made the most recoveries and won the highest number of aerial duels.

This season, Motherwell’s players have tried 319 shots, and 112 have been accurate. 181 of the 319 shots were taken from inside the opponent’s penalty box, with 77 of them being on target.

Rangers won 23 games, drew seven, and lost three times during the league stage. In the league table, they ended six points behind the league leaders, Celtic. With an xG rate of 68.61, Giovanni van Bronckhorst’s team scored 67 goals. In exchange, they gave up 27 goals at a rate of 24.78 xGA. They’ve now won three games in a row in all competitions, including a 2-1 cup semi-final victory over Celtic. The Rangers have one more chance to defend their league crown, and they must win all five games in the playoffs. 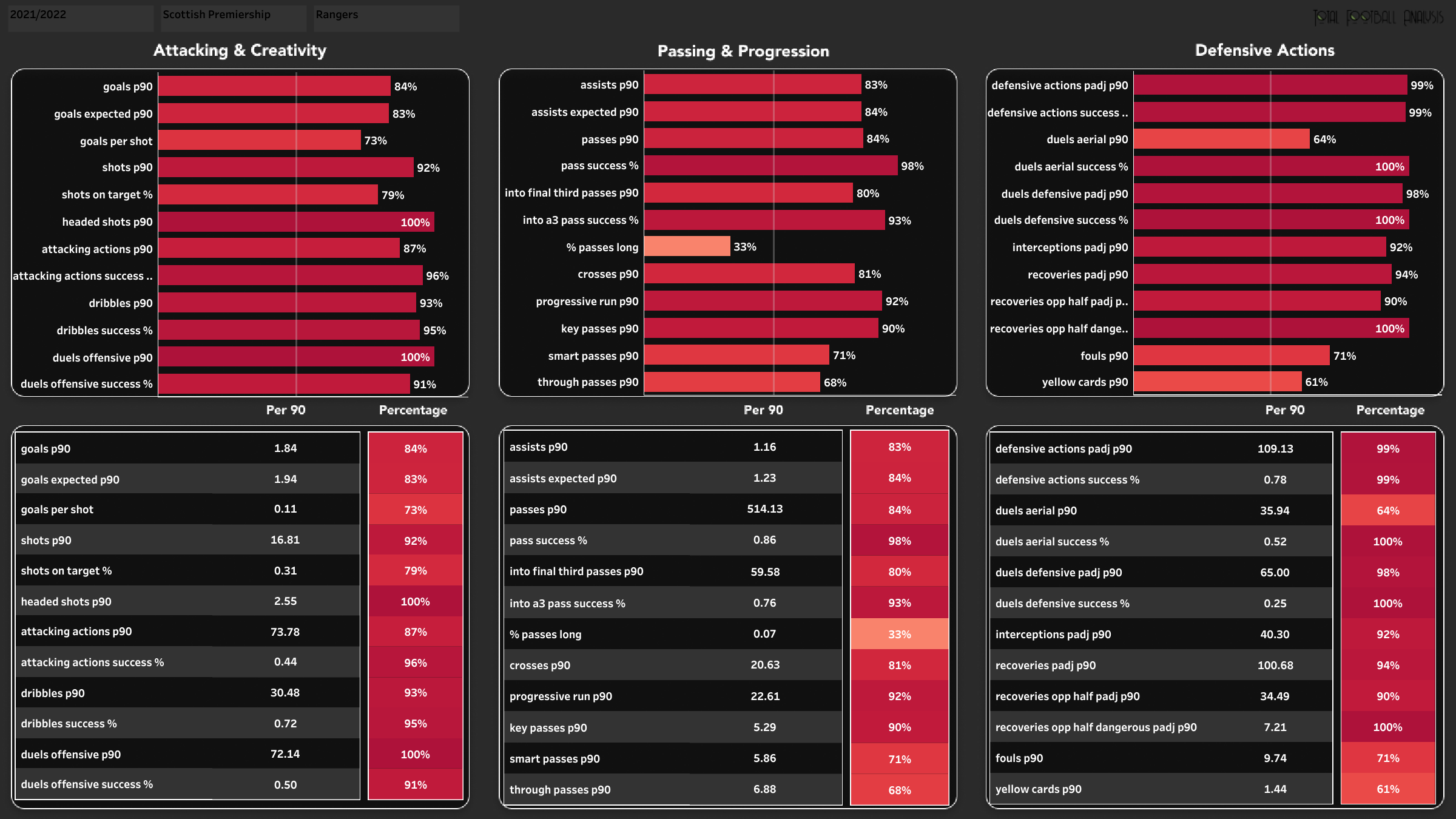 Rangers have been the second-best team behind Celtic this season. The above viz shows that the Rangers have a very high percentile rank and are one of the best teams in some of the stats. The visitors have attempted the highest number of headed shots and have a 44% success rate for attacking actions. They also average more than five key passes per 90 minutes and have a high percentile rank. Defensively, the Rangers average more than 100 defensive actions per game and have a 78% success rate.

The visitors attempted 594 shots this season, averaging 16.8 per 90 minutes. Only 210 of the 594 shots were on target. A total of 380 shots were fired from inside the opponent’s penalty box, with 150 of them hitting the target.

Rangers will be without Aaron Ramsey for this game, and the Welsh international might miss the rest of the season. They will line up in a 4-3-3 formation, with Kemar Roofe, Ryan Kent, and Scott Arfield expected to lead the attack. Steven Davies could return to the starting xi.