Motherwell will host St. Mirren at the Fir Stadium in the Scottish Premiership. Both teams lost their respective matches before the international break and will look to build some momentum while going into the final stages of the league competition.

Motherwell are ending this season on a poor note after failing to win their last 11 league matches. They have dropped into the bottom half of the table with nine wins, nine draws and 13 losses. The home team has scored 32 goals, with an xG rate of 33.20. In return, they have conceded 42 goals, with an xGA rate of 40.96. 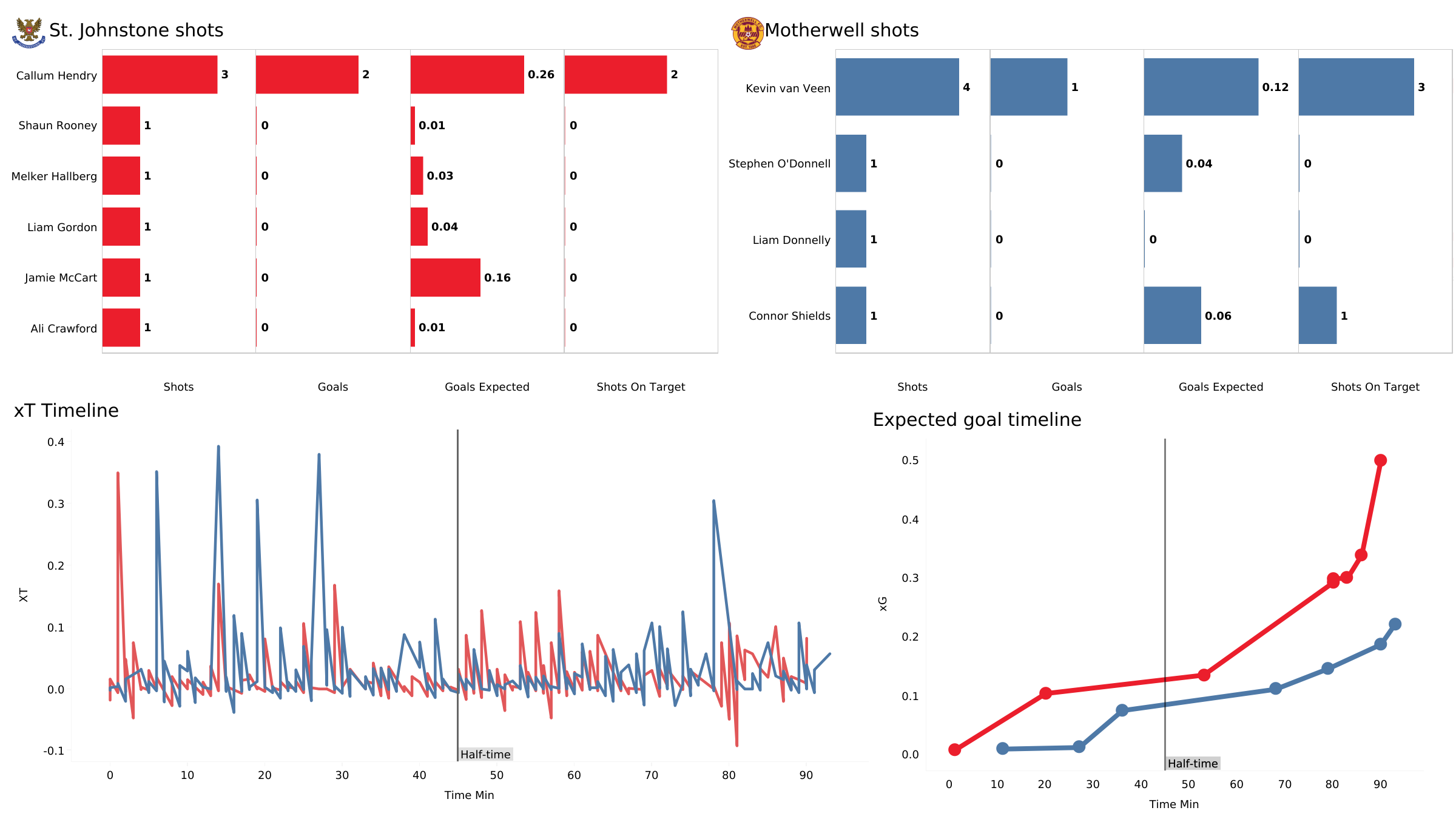 Motherwell suffered a shocking 1-2 loss against the struggling St. Johnstone side. They had lower ball possession than their opponents but created more chances. Motherwell players created 35 positional attacks and one counterattack. The xT timeline in the above viz shows that Motherwell created a lot of threats in the first half. They also attempted three shots in the first half and four more in the second half. However, the xG rate of the team was as low as 0.22.

Overall, Motherwell attempted 299 shots, with 104 of them being on target. A total of 169 shots were attempted from inside the opposition’s penalty box, and 72 were on target. 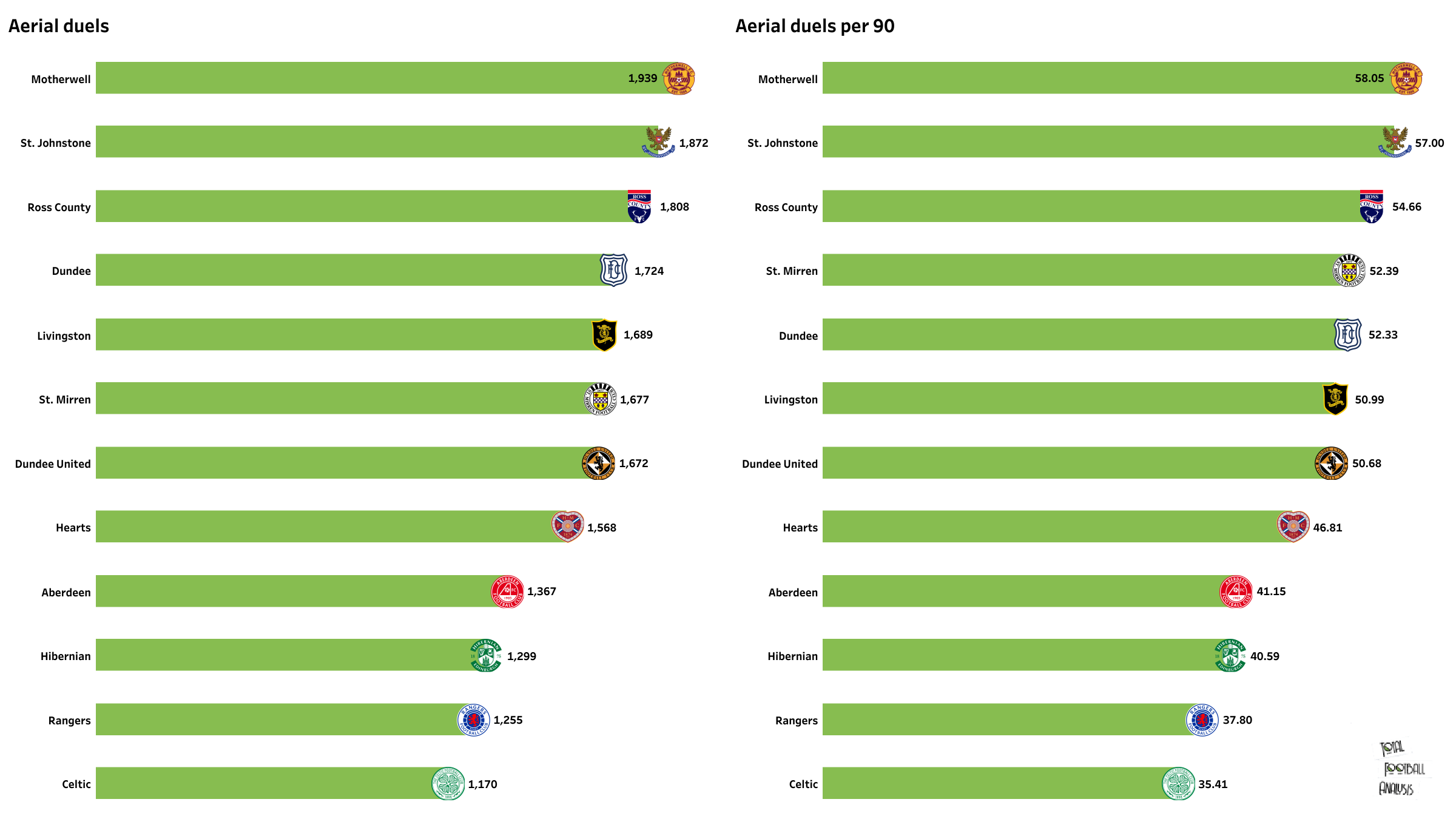 Motherwell have contested the highest number of aerial duels in the division. Of the 1,939 duels contested, they have won 950. They are strong in the air and can pose a variety of threats on set-pieces.

There are no fresh injury concerns in Motherwell’s camp, and Kevin van Veen is likely to lead the line once again for the home team. 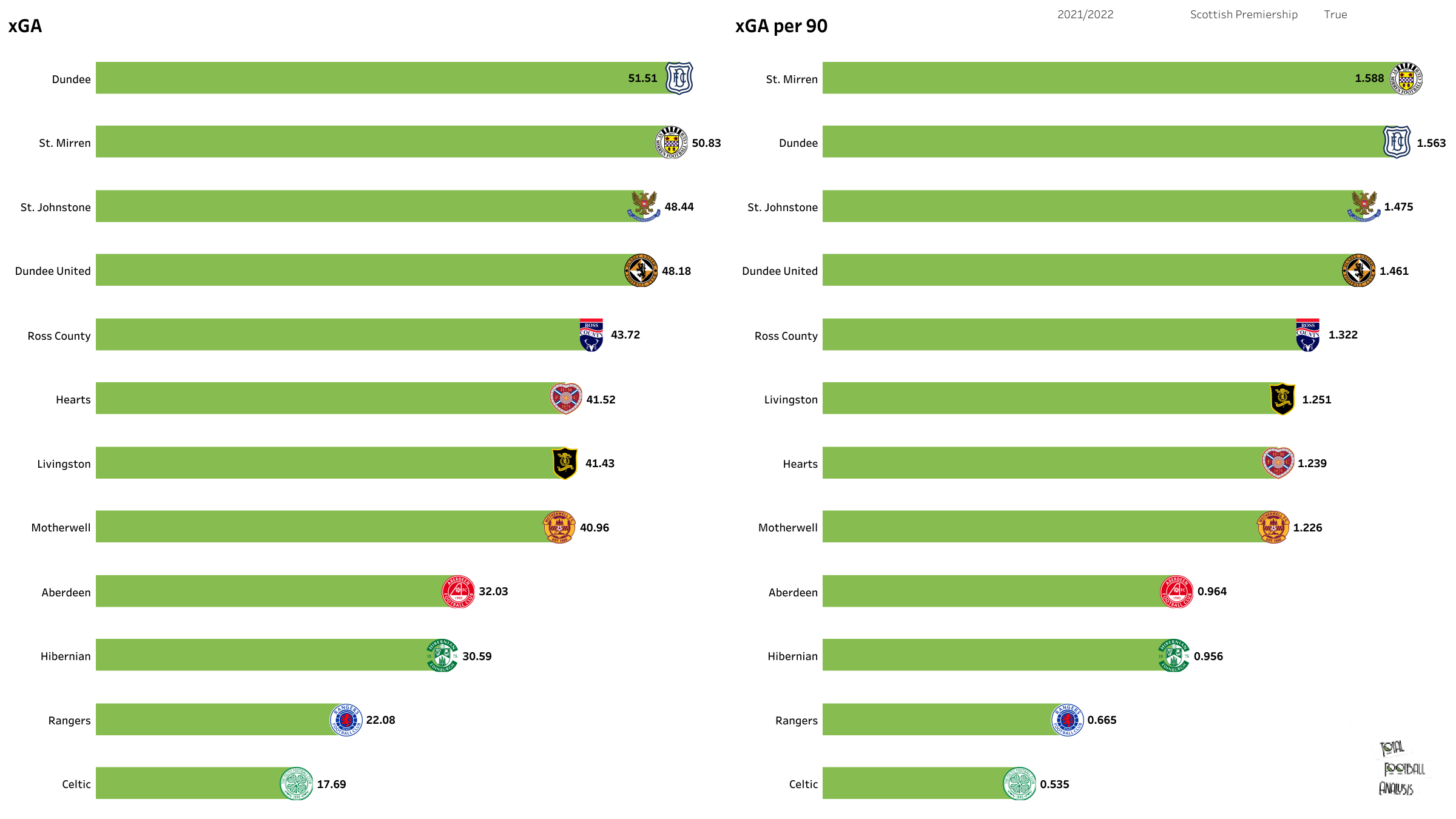 A 1-2 loss against Dundee United means that St. Mirren have now lost 11 matches in the league, winning nine. They have scored 28 goals and have an xG rate of 30.44. In return, they have conceded 42 goals, with a high xGA rate of 50.83. This is the second-worst record in the division this season. 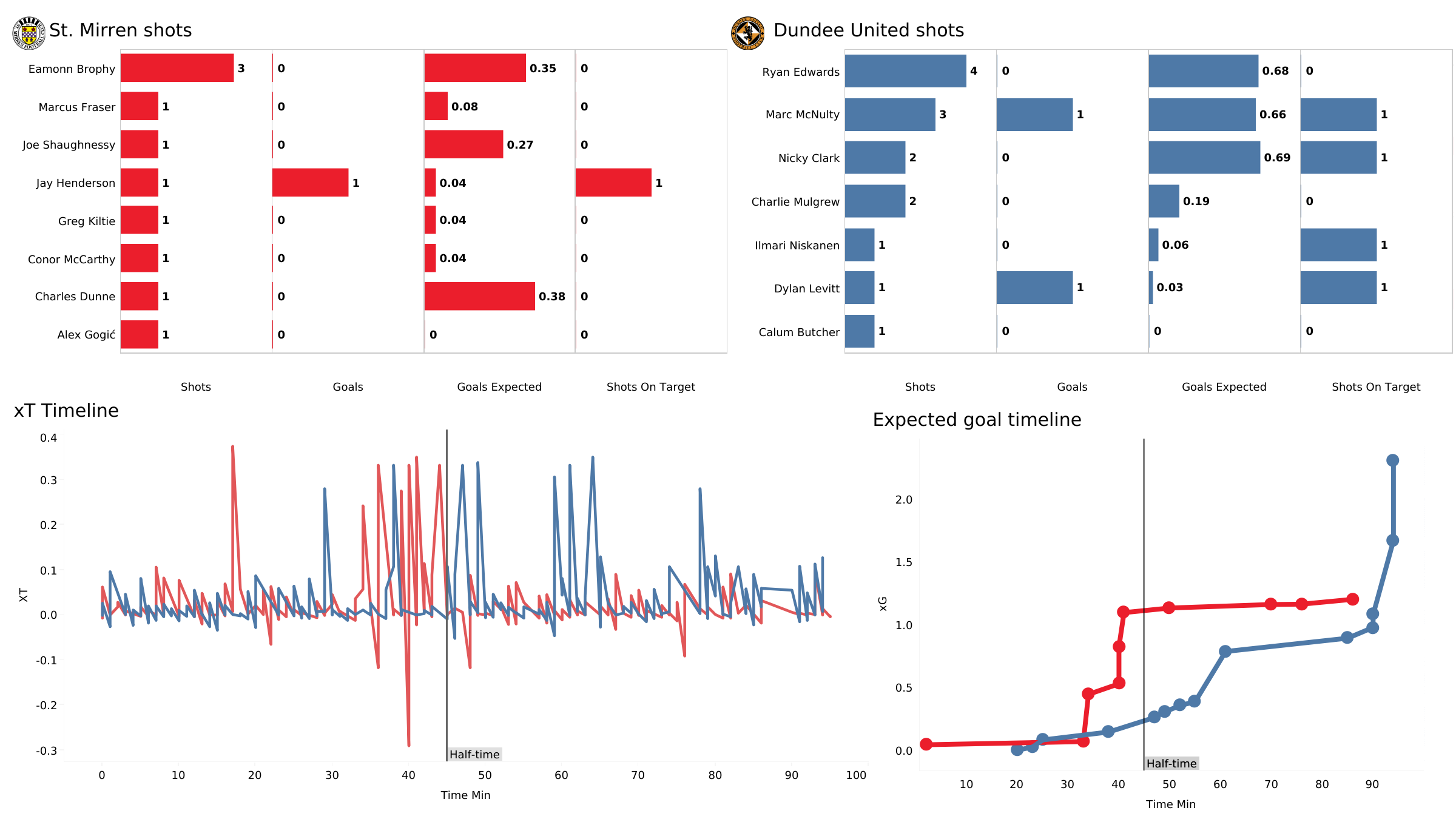 St. Mirren’s players attempted ten shots in their last game but only managed to hit the target once. They created a lot of threats in the first half but failed to take the momentum into the second half. The home team created 27 positional attacks and a single counterattack.

This season, the away side has attempted 284 shots and have managed to hit the target 99 times. Of these 284 shots, 159 were attempted from inside the opposition’s penalty box, and 64 of them were on target.

Jak Alnwick is suspended after receiving a red card in the previous game. This means that Dean Lyness will start in his place for his fifth appearance in the league this season. Jordan Jones will be the other absentee for the away side.

Motherwell will look to return to winning ways when they host St. Mirren at home. The previous two encounters between the two teams ended in draws. A win for any of the teams will be a confidence booster going into the next phase of the competition.