Livingston will travel to the Ibrox Stadium to face Rangers in the Scottish Premiership. This is their third meeting in the league this season, with Rangers coming out as the winners in both the previous fixtures. The home team is still unbeaten under the new manager and is leading the league table by four points. 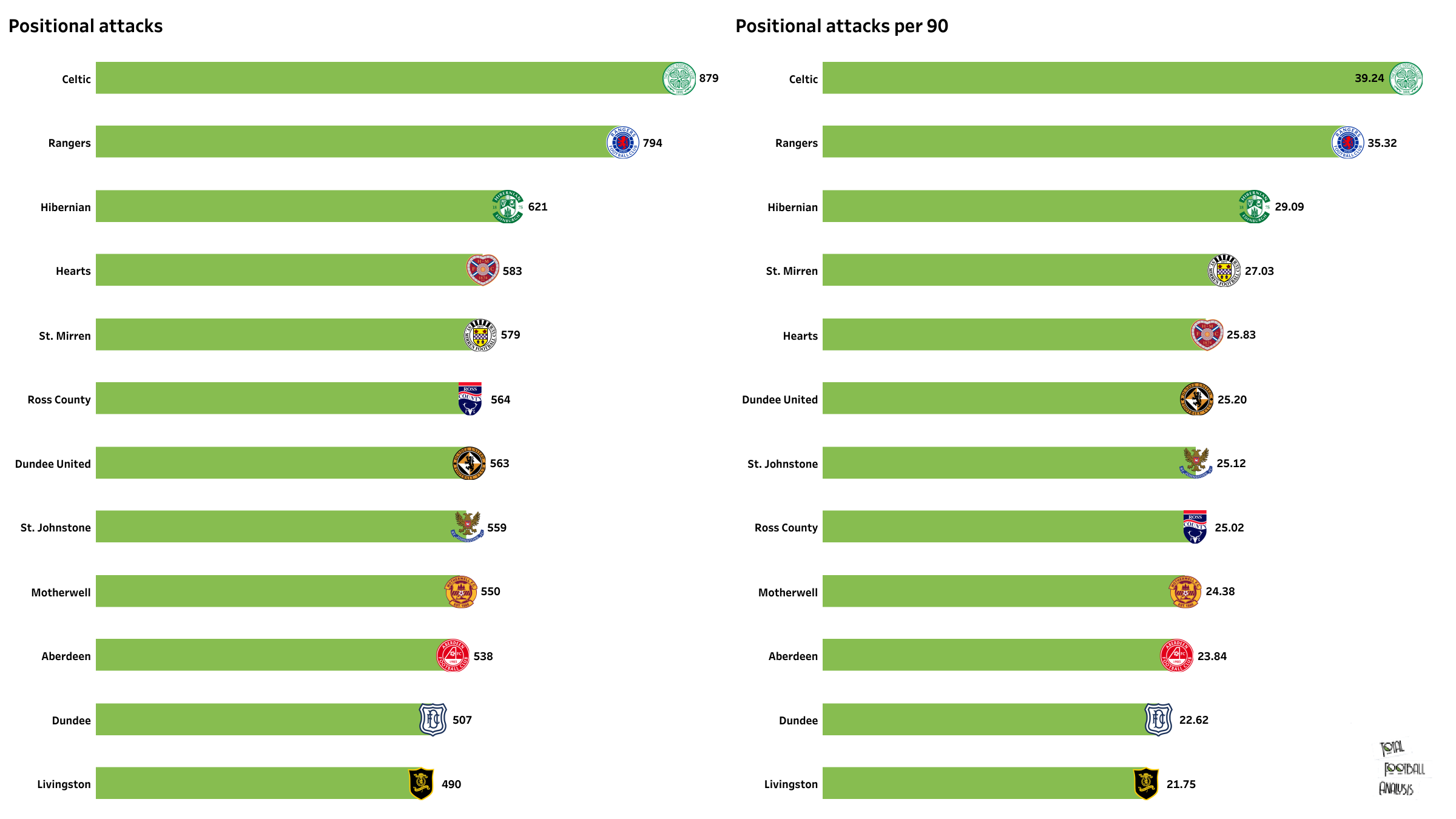 Rangers have scored 44 goals so far this season with an xG rate of 42.36. The team averages more than two goals per match and has conceded 15 goals. Their 100% record under the new manager came to an end after the defending champions were held to a 1-1 draw by Aberdeen. The above viz shows that Rangers have created 794 positional attacks and an average of 35.32 attacks per 90. The players have attempted shots in 229 positional attacks out of the 794 total attacks made. 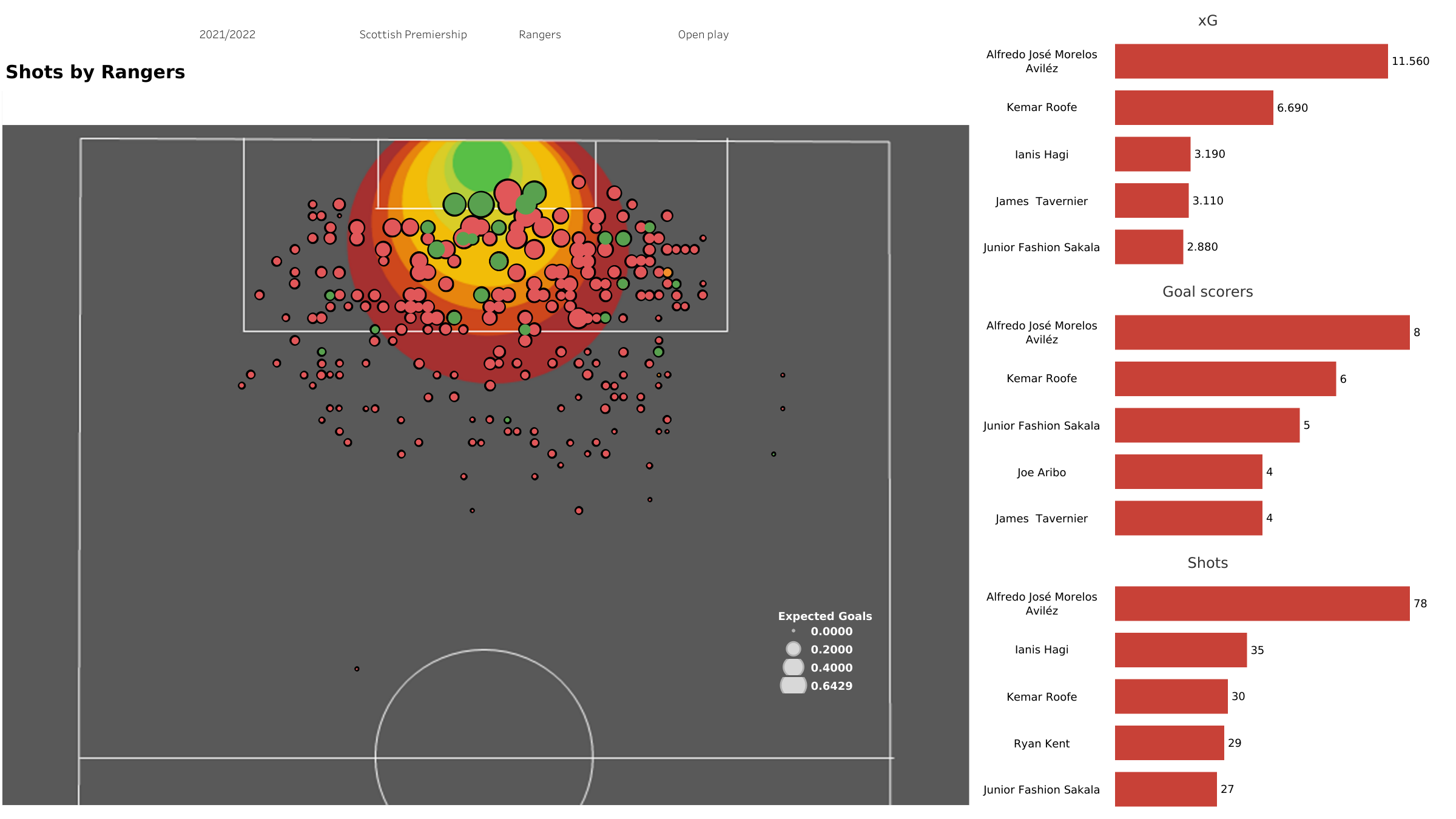 There are no new injury concerns for Rangers, but Ryan Kent will miss this fixture due to suspension. 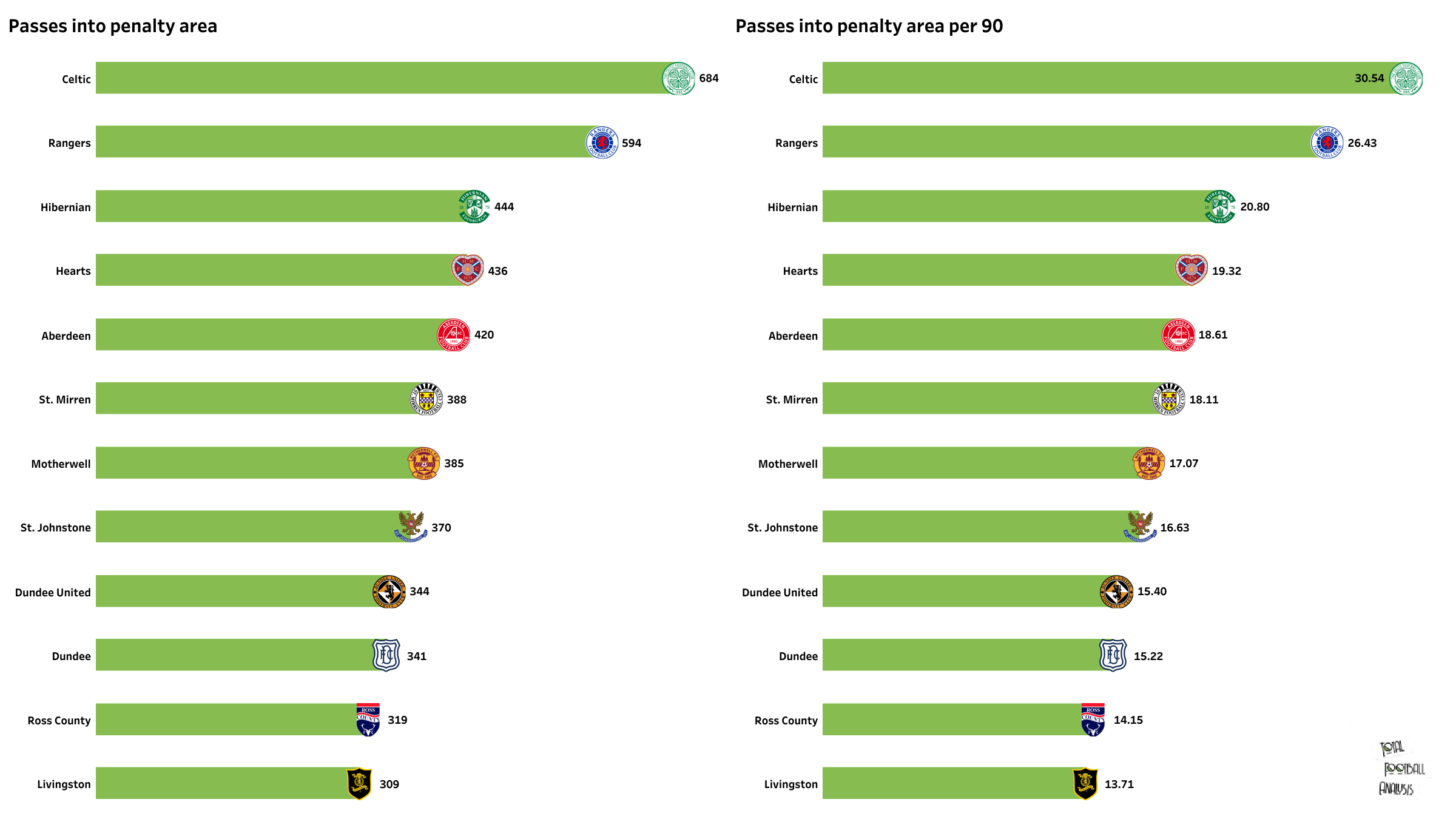 Livingston average less than a goal per match and have scored 18 goals so far with an xG rate of 17.86. They have conceded 26 goals, with an xGA of 27.96. Livingston have created the fewest number of positional attacks in the league and have one of the lowest xG rates. The above viz shows that the away side has attempted 309 passes into the opposition’s penalty area and average 13 passes per 90. Rangers, on the other hand, have attempted nearly twice as many passes as Livingston. 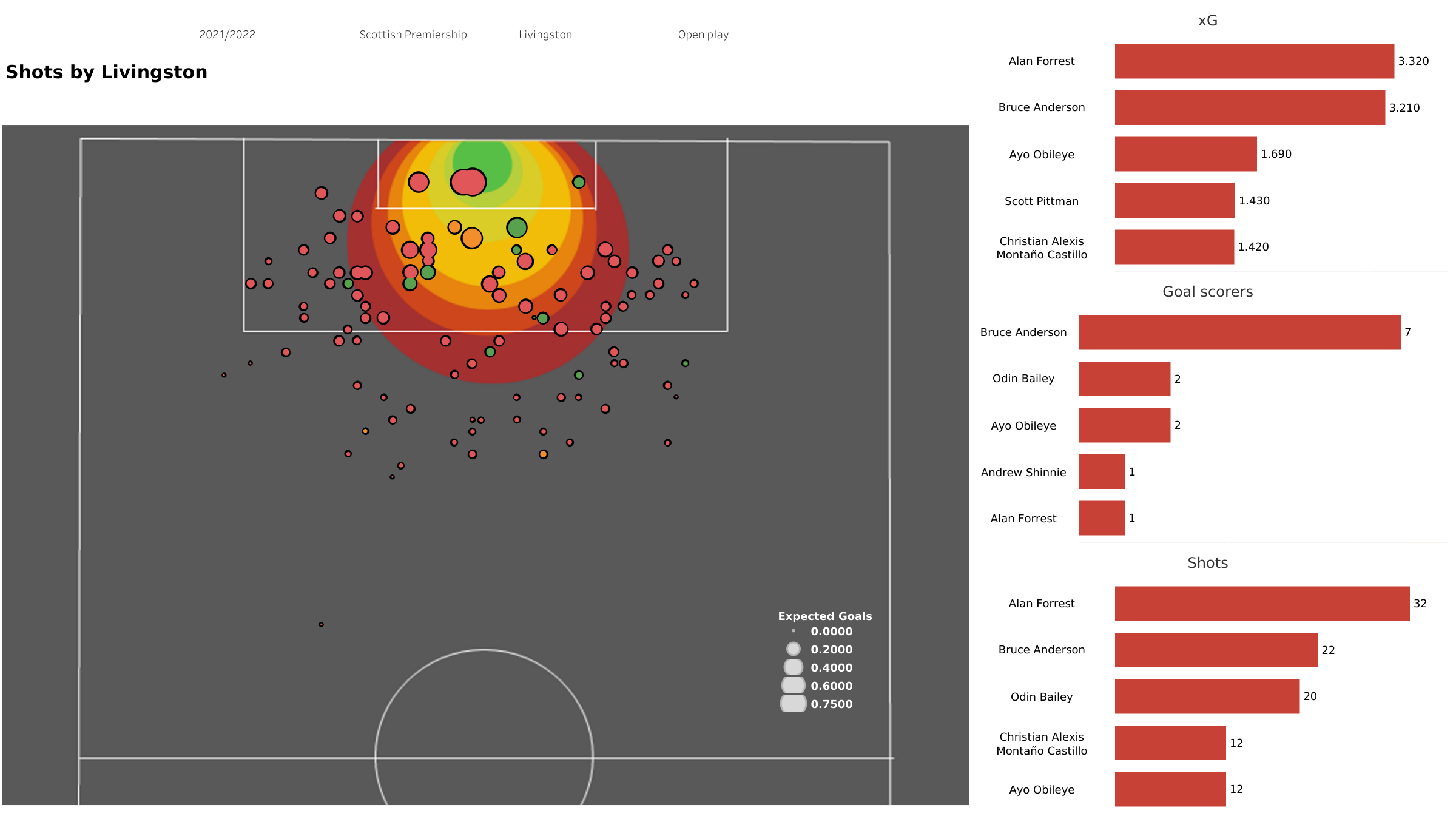 Livingston players have attempted 170 shots so far this season. They have managed to hit the target 58 times. 108 shots out of 170 have been attempted from inside the opposition’s penalty area, with an accuracy rate of 39.81%. The away team has attempted the lowest number of shots from outside the opposition’s penalty box. Bruce Anderson is the highest goal scorer, with seven goals in total, and has scored all the goals from open play. Alan Forrest has attempted the highest number of shots but has a low conversion rate.

Rangers will be the favorites to come away with all three points in this game. They have a 100% win record over the opposition this season and would like to maintain this record. Livingston will look to earn back-to-back victories after they overcame a struggling Dundee side by a scoreline of 2-0 in the previous round.