Rangers will host Ross County in their fifth fixture of the Scottish Premiership 2022/23 season. The Gers will be high on confidence after qualifying for the UEFA Champions League and will also look to return to winning ways after dropping points against Hibernian in the previous match. Ross County, on the other hand, registered their first points of the season after a 1-0 victory over Kilmarnock.

Rangers started the season with three wins and drew their last match by a 2-2 scoreline. They have scored ten goals with an xG rate of 1.99. In return, they have conceded three goals, with two coming in the last match.

Ross County have finally kicked off their season after a victory in the last game. They lost their opening three fixtures of the season. The team has scored three goals and conceded twice the number of goals that they have scored.

We look at three tactical data points that could shape this match. 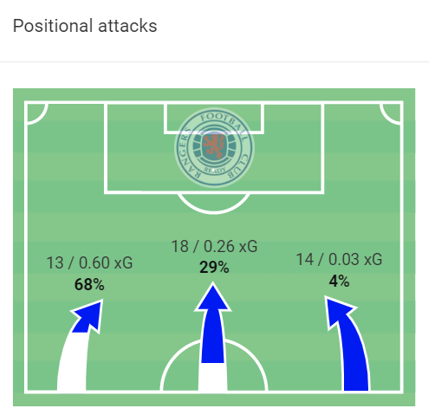 Rangers will be on the attack in this match. They average 39.5 positional attacks and 15.7 shots per match. They created fewer chances in the last match, and this dropped their average. The above viz shows the positional attacks from their match against St. Johnstone. They created more chances from the middle in that game. Ross County should also expect attacks from Rangers’ right side. James Tavernier plays a high attacking line on that side and is a threat to any defence. 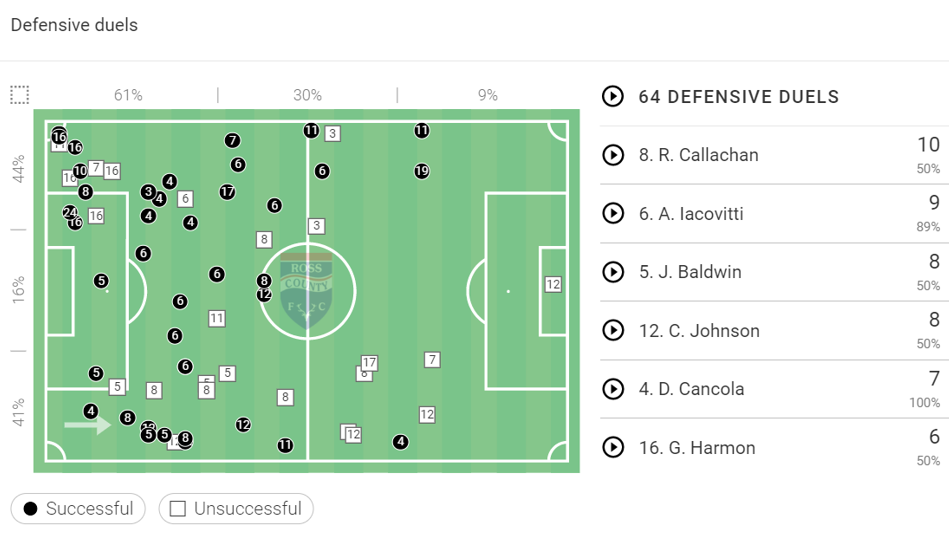 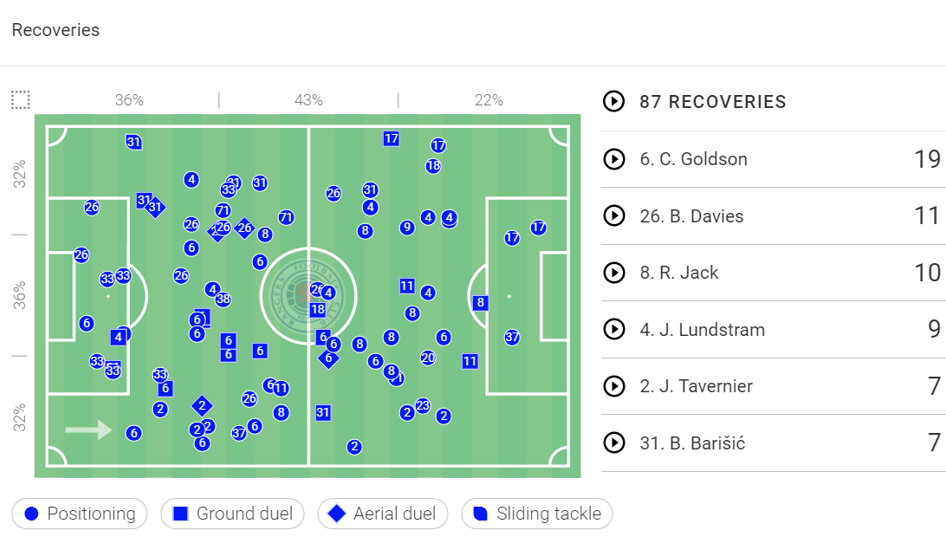 Rangers won’t allow Ross County to breathe easily and will always put pressure on them. The Gers have a high ball recovery rate, especially in dangerous areas. This could create trouble for the opposition. Against St. Johnstone, they made 83 interceptions and 23 came in the attacking third. Rangers will once again look to recover the ball as soon as they lose it and pressurise the opposition defence.

John Lundstram will be available for the hosts after his red card decision in the last match was turned over. However, Alfredo Morelos will face suspension for his red card incident. Connor Goldson and James Sands are likely to form the centre-back pairing for this match. There are no new injury concerns in the camp.

Ross Callachan will miss this fixture and will serve his suspension. Connor Randall and William Akio are unavailable due to injuries.

Rangers will be the favourites to take three points against a struggling Ross County side. The Gers allowed Celtic to take a two-point advantage a bit early in the season. They will look to keep the deficit to two points and stay on the tail of the league leaders. Ross County will look to upset the Gers and try to take at least one point from this fixture.