Two of the bottom teams in the Scottish Premiership go head-to-head when St. Mirren plays host to Ross County at the SMISA Stadium. These are the only two teams who are yet to register a point in the first two games of the season. Last season, these two teams faced each other three times, with one match ending in a draw and the other two matches resulting in a win for both teams.

St. Mirren started the season with a 0-1 loss at home to Motherwell. They dominated the stats but could not get the ball past the opposition’s goalkeeper. In the last match against Aberdeen, the Buddies were reduced to ten men inside the first 25 minutes of the game. They conceded three goals in the first half and one at the end of the game. The game eventually ended 4-1 in favour of Aberdeen. St. Mirren have conceded five goals and scored only once this season.

Ross County, on the other hand, faced tougher opponents in their first two games of the season. Their first match was a 1-2 loss against Hearts. Their last match was against the defending champions, Celtic. The match was dominated by Celtic and ended 3-1 in favour of the Celts. Ross County have now conceded five goals and scored just two.

Now, let us have a look at three key points from the last two matches played by both teams.

Shots from inside the penalty box & high xG

Both these teams might have failed to earn a point but possess a significant threat going ahead. 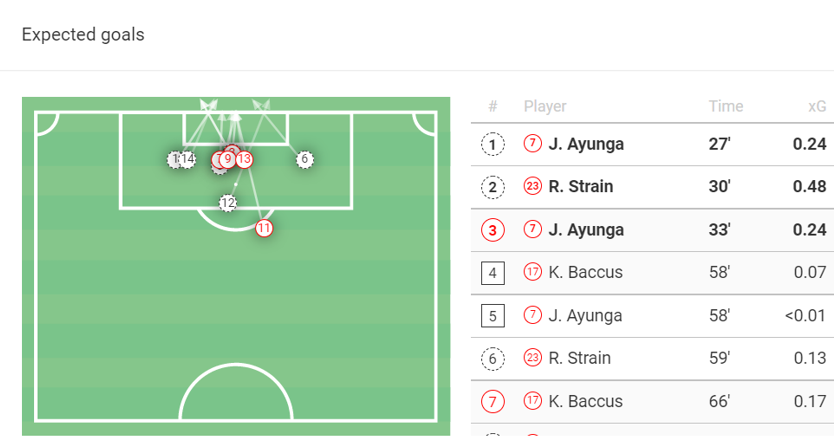 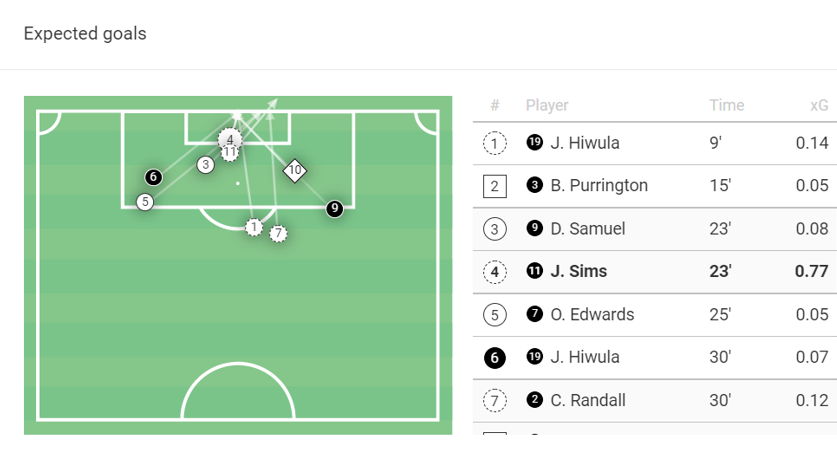 Ross County have also improved their attack this season and averaged 1.19 xG in the last two matches. They struggled against Celtic but created an xG rate of 1.89 in the first match of the season. A total of 11 shots were attempted, with three being on target. The above viz shows that seven shots were attempted from inside the penalty box. Against Celtic, the players made five attempts, and three were from inside the box.

This shows that these two teams will try to penetrate the opposition’s penalty box and try to shoot at every possible opportunity. 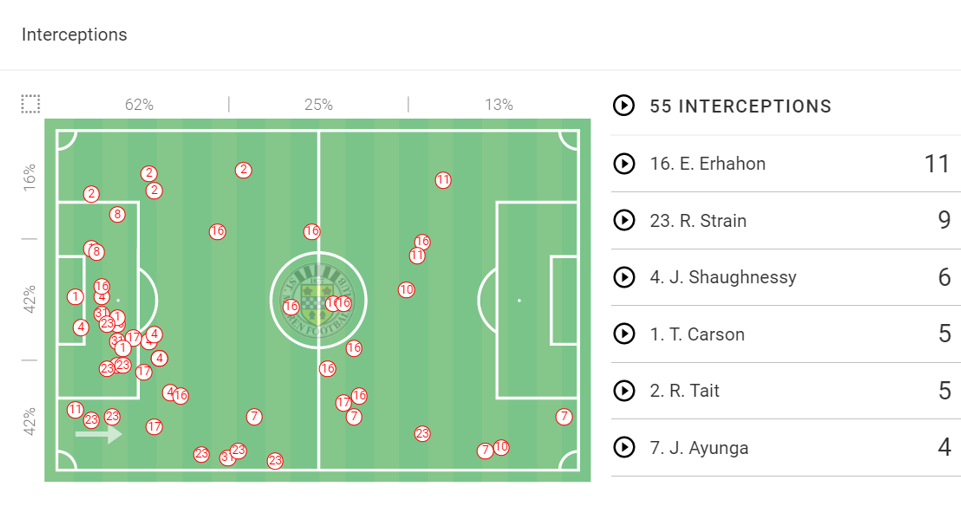 Both these teams enjoyed a high interception rate in the first two matches of the season. St. Mirren began the season with 53 interceptions in the first match and 55 in the last one. The above viz shows that St. Mirren players like to steal the ball high up on the pitch to break the opposition’s play and create counterattacks. 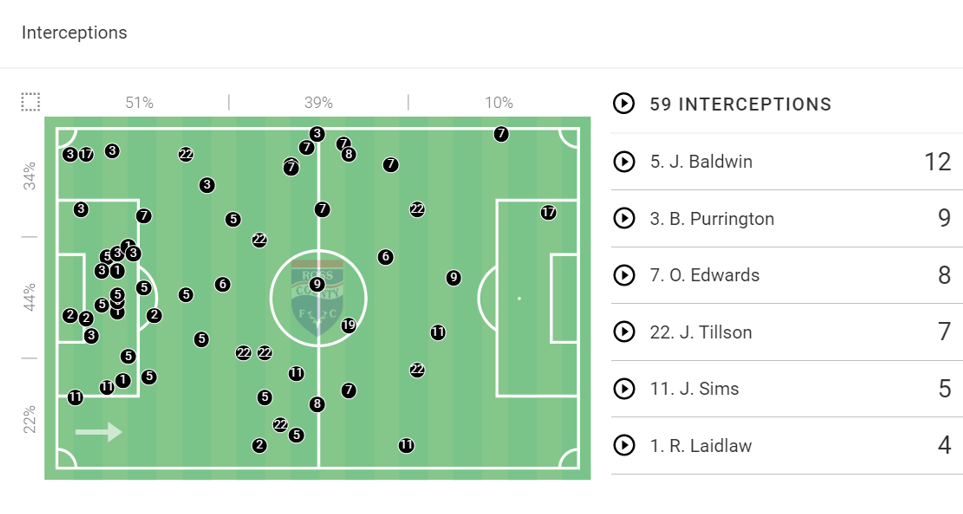 The Buddies’ fans will be happy to see Eamonn Brophy and new signing Tajudeen Olusanya return to the first team after missing the first match due to injuries. The manager might start Brophy in this match. Declan Gallagher will miss the match due to suspension.

There are no new injury concerns in Ross County’s camp. Owura Edwards might return to the starting XI, with Yan Dhanda eagerly waiting on the sidelines to start his first match for the new club.