Aberdeen earned their first victory of the season after a dominating 4-1 victory over St. Mirren in the Scottish Premiership. St. Mirren were reduced to ten men after former Aberdeen defender Declan Gallagher was sent off in the 22nd minute. Three goals in the first half for the Dons and one in the second half secured three points.

How many shots were attempted by Aberdeen players? Who contested the most duels for St. Mirren? 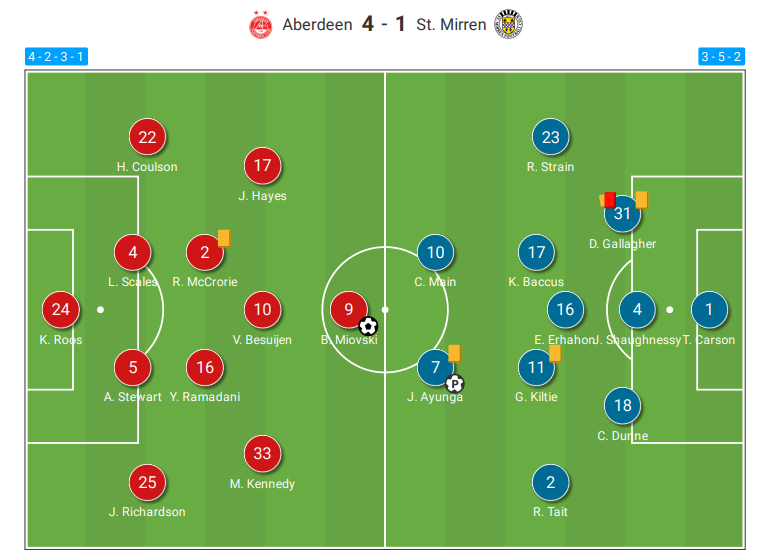