Celtic extended their unbeaten run to four matches after claiming a 2-0 victory over Hearts in the Scottish Premiership. Celtic remains the only team with a 100% record in the league. Hearts suffered their first defeat of the season and ended the match with just nine men on the pitch.

How many crosses did Celtic attempt? Who won the highest number of aerial duels for Hearts? 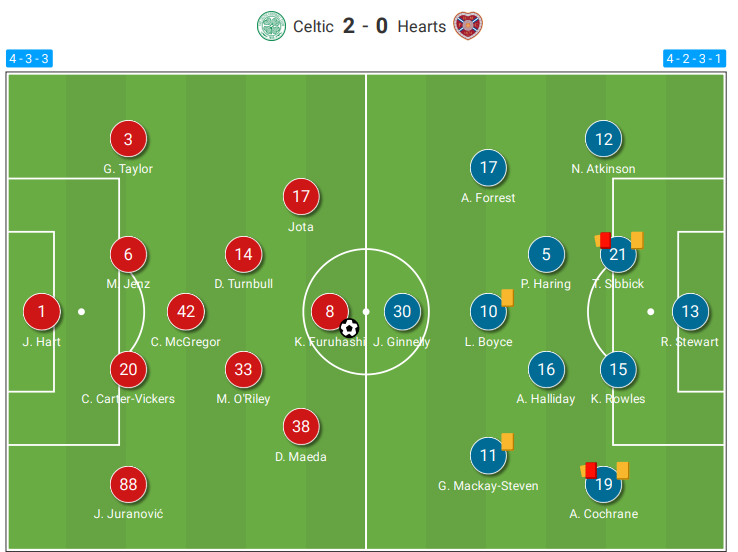