Celtic won the Scottish Premiership title after they were held to a 1-1 draw by Dundee United. Celtic have a four-point lead over Rangers and confirmed their title with one game remaining.

Who made the most recoveries inside the opposition’s half for Dundee United? Which Celtic player won the highest number of aerial duels? 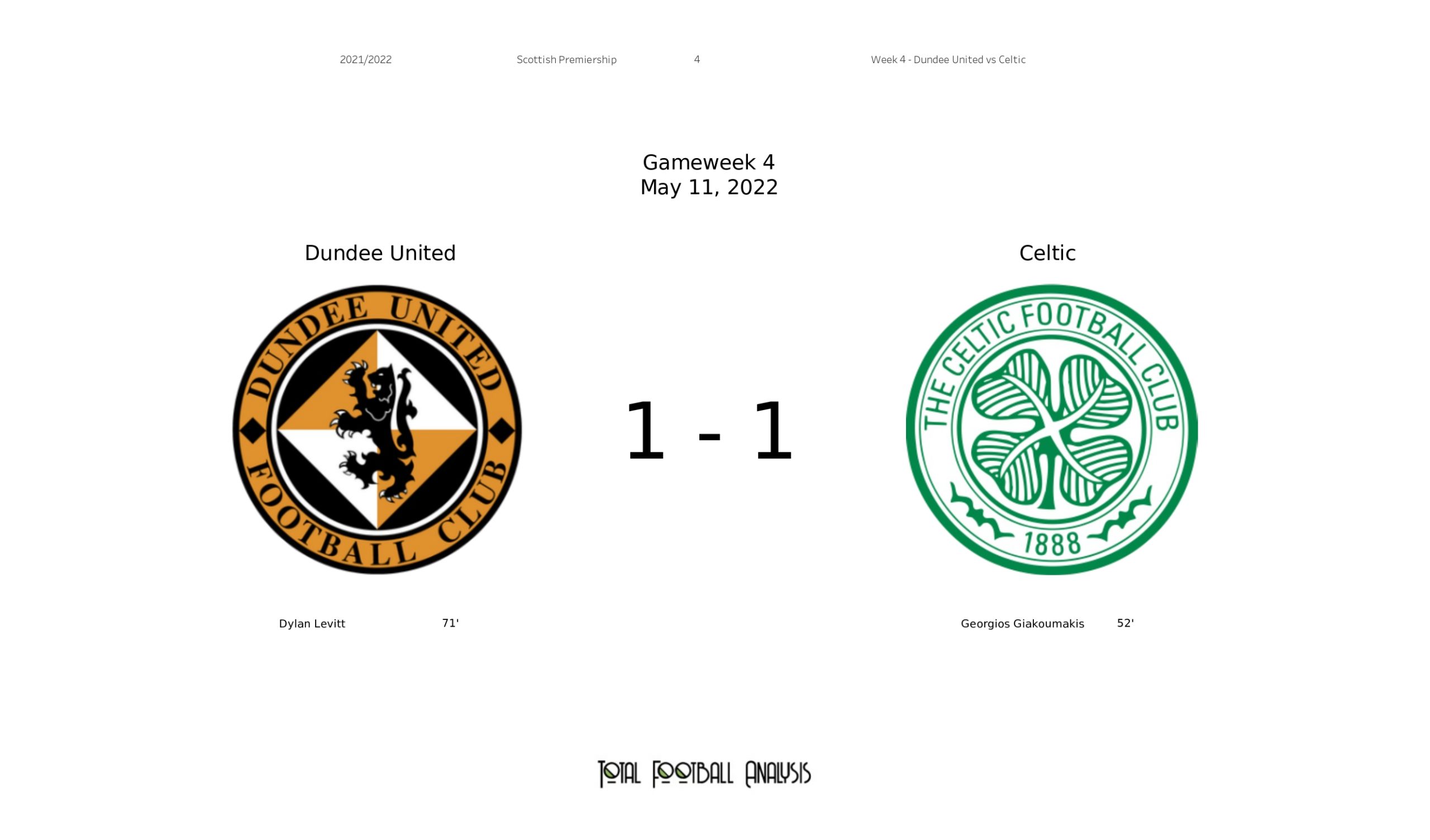