Martin Boyle’s goal late in injury and stoppage time helped Hibernian to earn a 1-1 draw against Hearts in the Scottish Premiership. Lawrence Shankland scored his first goal on his return to the Scottish league, but that goal wasn’t enough for his side to secure three points.

How many positional attacks were created from the centre by Hibernian? What were the shooting zones for Hearts? 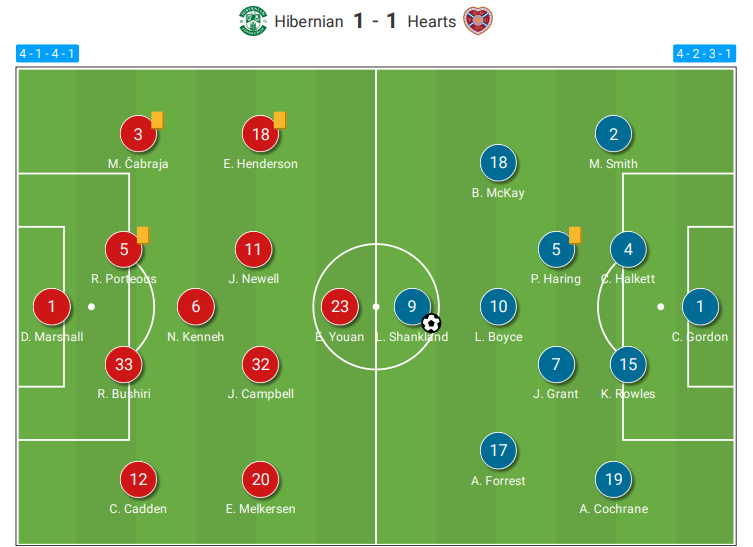