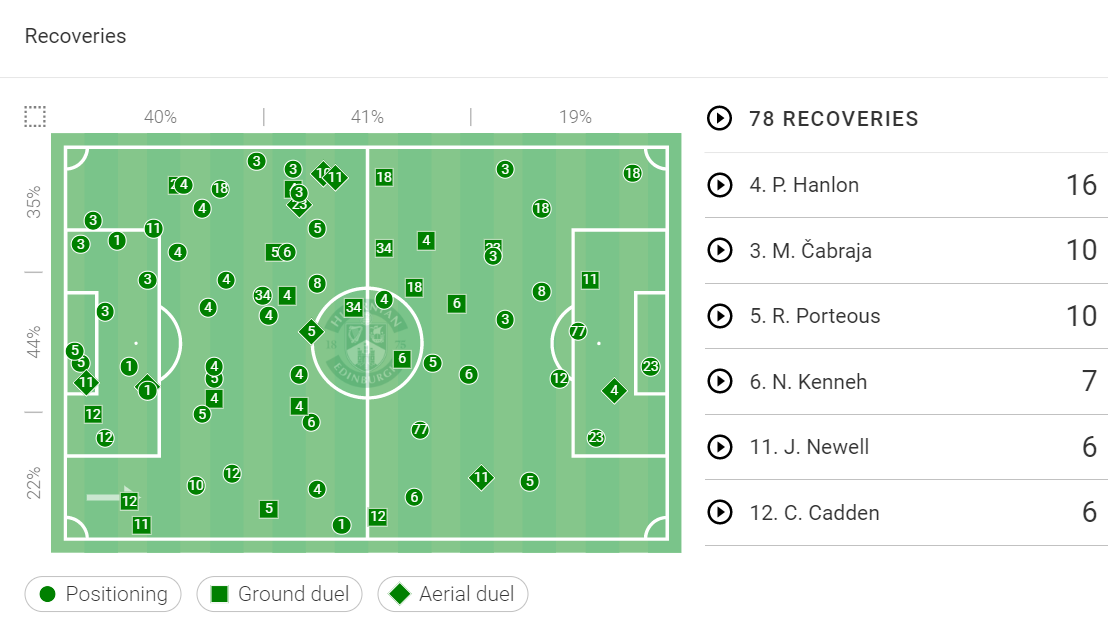 The visitors made most of the recoveries in the middle third. They were all over the pitch and managed to recover a few balls in the attacking third.

Hibernian tried to break down Livingston’s defence, but the home team stood to their task and defended well. They won a lot of duels in the defensive third and made a few recoveries to clear the danger. Hibernian have shown a lot of improvement in attack this season, but they lack finishing touch. The manager will demand his team to be more clinical in their finishing in the next matches.