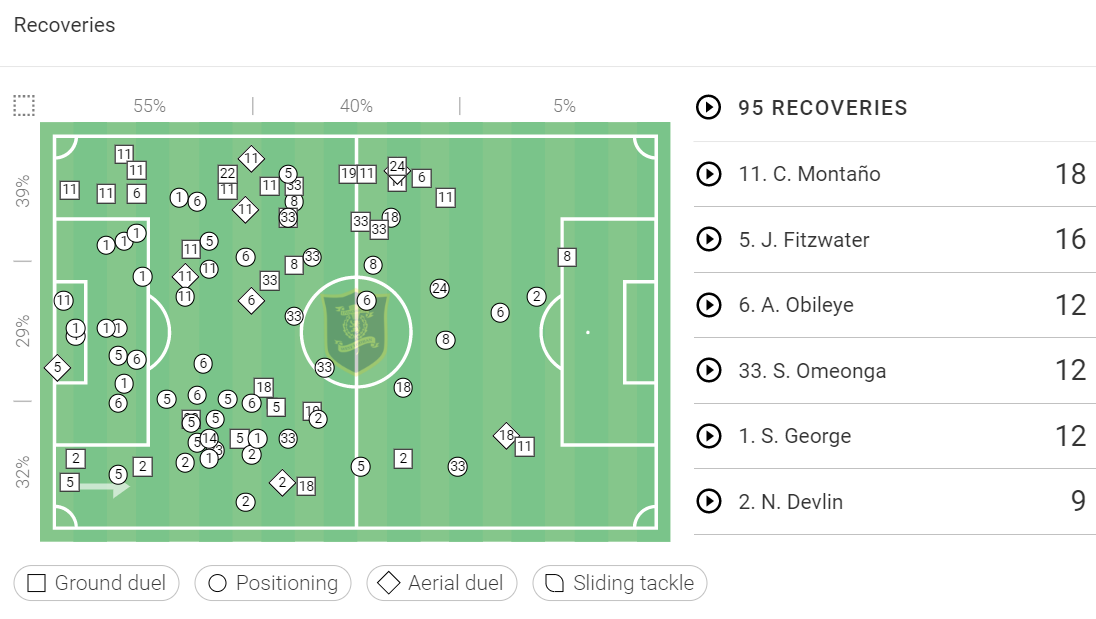 The visitors made 95 recoveries, with 52 coming in the defensive third, 38 in the middle third, and five in the final third. Montano was once again in the middle of the action as he made 18 recoveries.

Both teams created fewer chances, and the only goal of the game came from the penalty spot. The managers won’t be happy with the performances of both sets of players. Motherwell had better attacking stats and deserved three points.