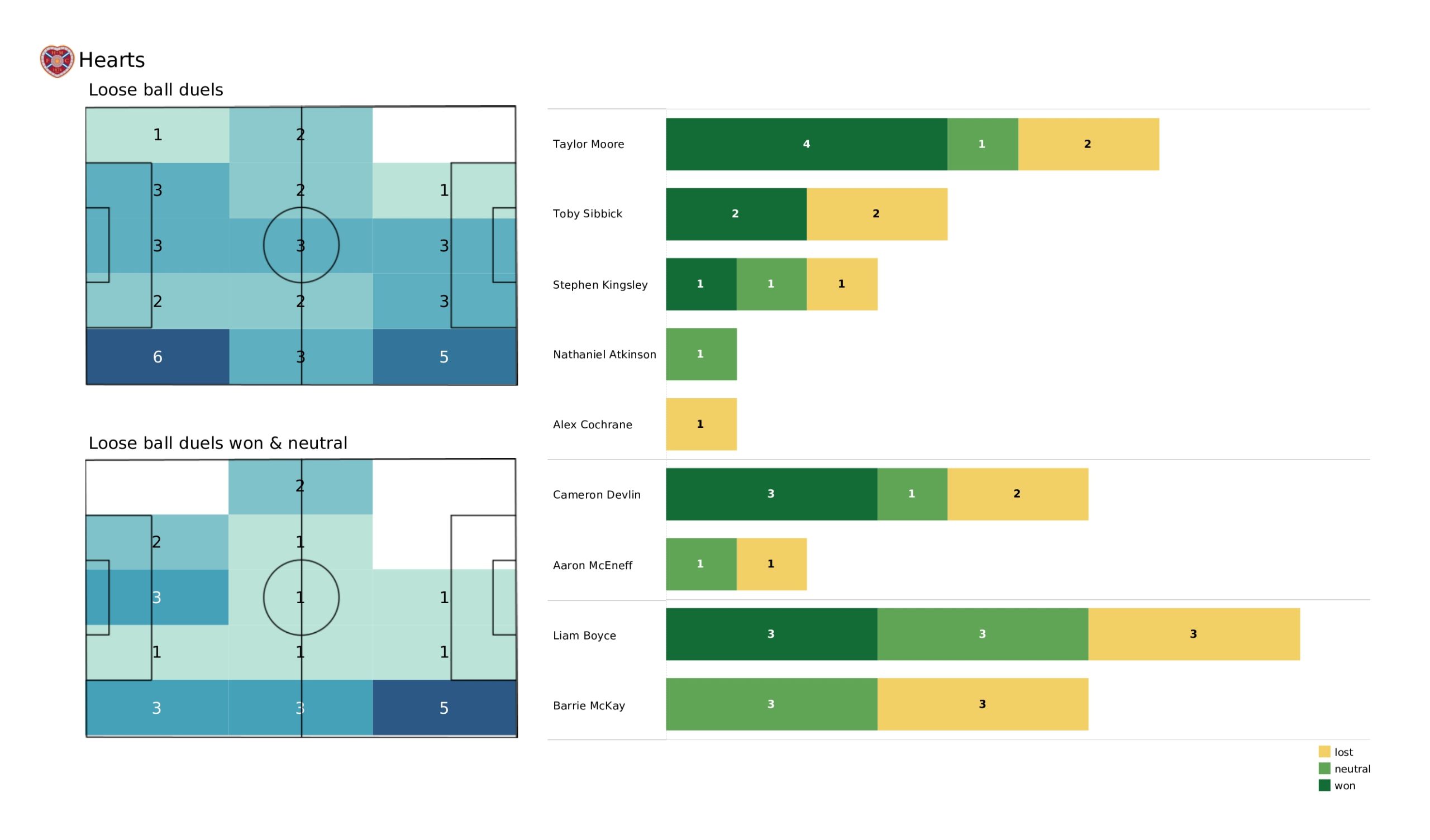 Hearts players once again won most of the duels toward the left side. Liam Boyce once again contested the highest number of duels for his side.

Rangers showed a dominant display and scored five goals against their opponents. Hearts were unable to create enough threats and lost three points. Rangers are still one point behind Celtic in the Scottish Premiership.

If you want to download the stats report in PDF format you can do so here: Scottish Premiership Stats: Rangers vs Hearts