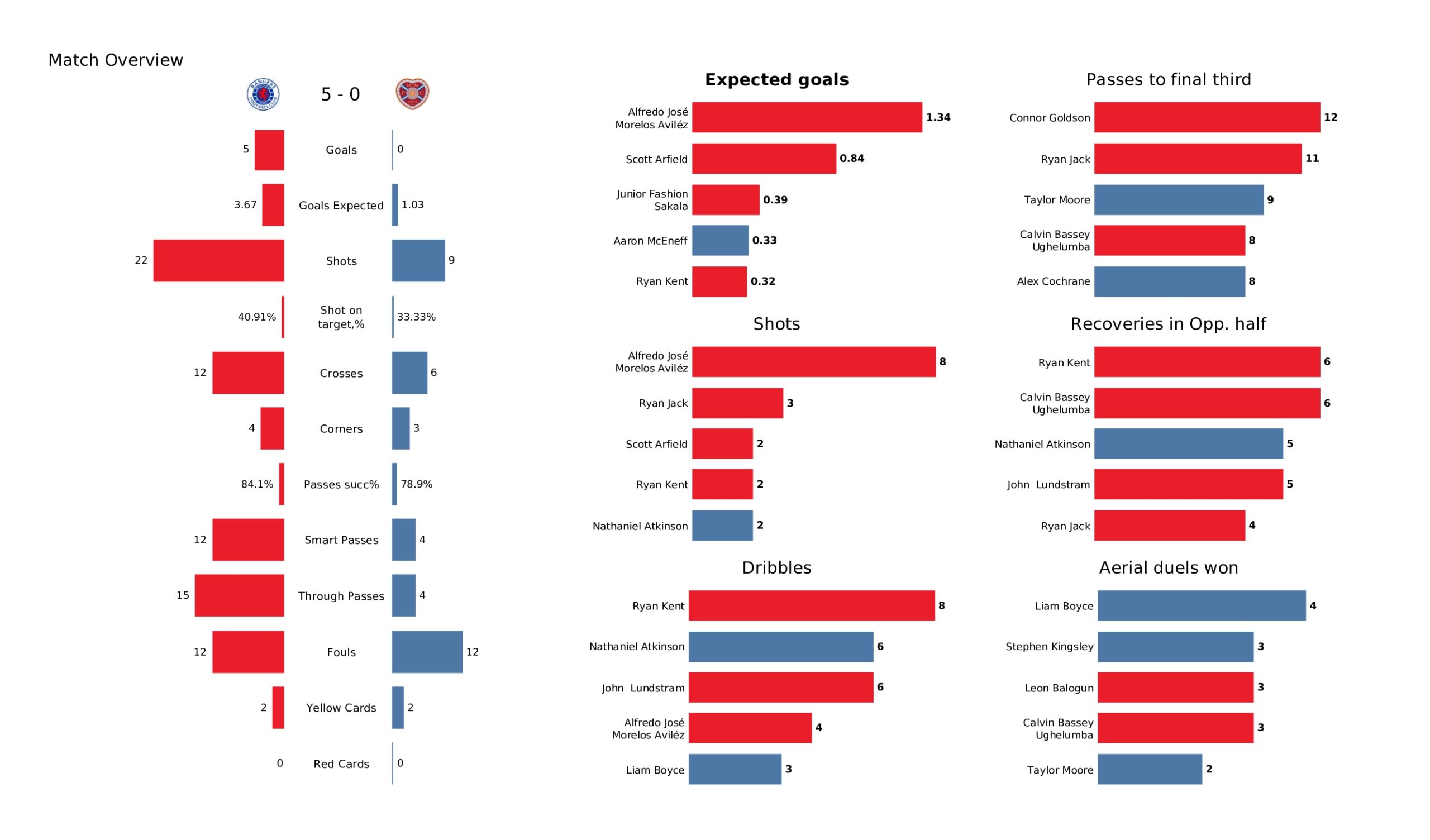 Rangers players dominated the stats, as Alfredo Morelos attempted the highest number of shots and had the highest xG rate in the match. Calvin Bassey impressed from the back as he won three aerial duels and made six recoveries inside the opposition’s half. Hearts’ Liam Boyce won six aerial duels for Hearts.