Rangers continue to pressurise Celtic after a 2-0 victory over Kilmarnock in the Scottish Premiership. Antonio Colak opened the scoring for the Gers before Alfredo Morelos came off the bench to score his first goal since his injury return. New boys Kilmarnock suffered their first defeat of the season.

How many crosses were attempted by Rangers? Which Kilmarnock player contested the most duels? 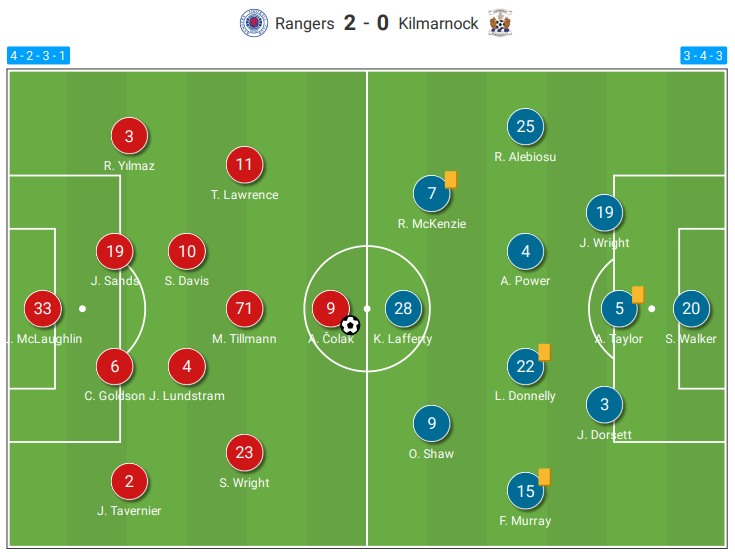