St. Johnstone’s poor form from last season continued as they suffered a 0-1 defeat to Hibernian in the opening fixture of the Scottish Premiership 2022/23 season. The first half ended goalless for both teams. The home team were reduced to ten men in the 58th minute. Hibernian left it late and scored the winner in the 90th minute to secure three points. 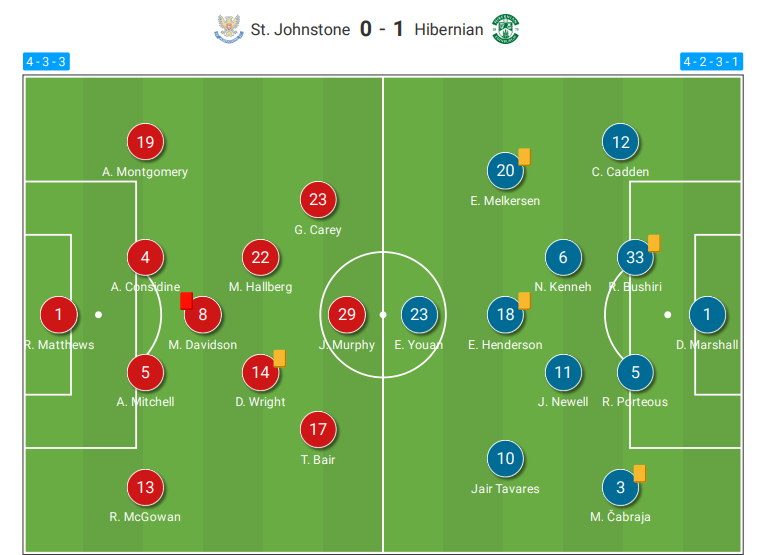 The home team played in a 4-3-3 formation before getting down to ten men. The manager made some changes after the red card so that his team could defend with one man short. He changed the formation to 4-4-1 for the rest of the match. They only had 31.09% of the ball in possession. St. Johnstone players attempted 179 passes with a 70.95% passing accuracy rate.

Hibernian played in a 4-2-3-1 formation for the first 77 minutes of the match. They had a man advantage, and the manager decided to play an attacking formation of 3-4-1-2. This eventually paid off as a last-minute winner was scored by the visitors. They kept 68.91% of the ball and attempted 424 passes with an accuracy rate of 82.31%.

The home team only attempted four shots with a 25% shot accuracy rate. The overall xG rate was also low at 0.26. Graham Carey was the only player who hit the target.

Hibernian players attempted 13 shots, and their only shot on target was converted. Of the 12 remaining shots, six were blocked while the other six were off target. The team had a high xG rate of 1.47. 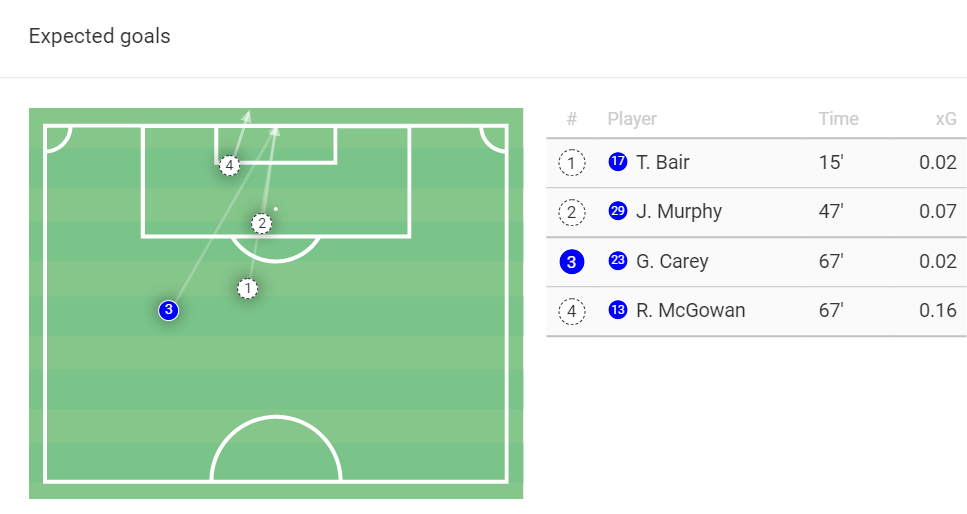 The above viz shows the xG generated during the match. Graham Carey might have hit the target, but it was defender Ryan McGowan whose shot from the opposition’s 6-yard box created the highest threat. 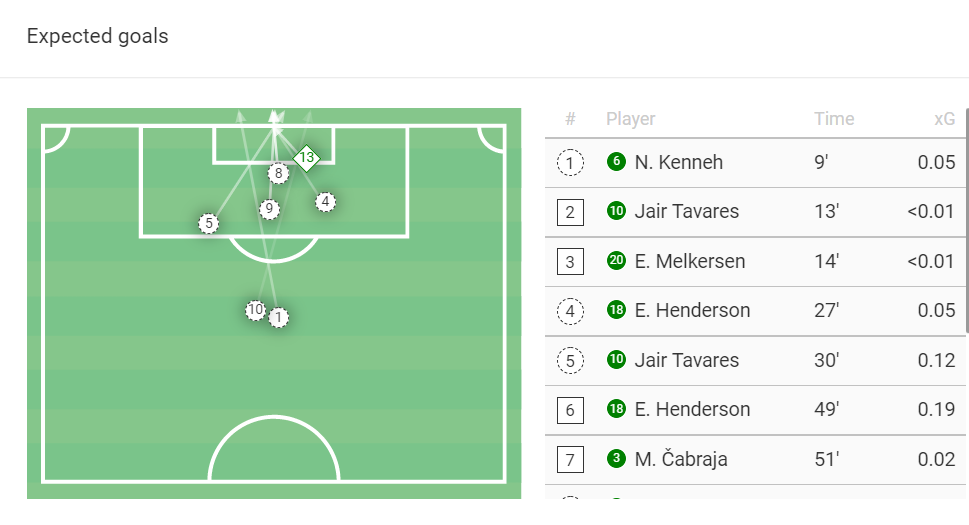 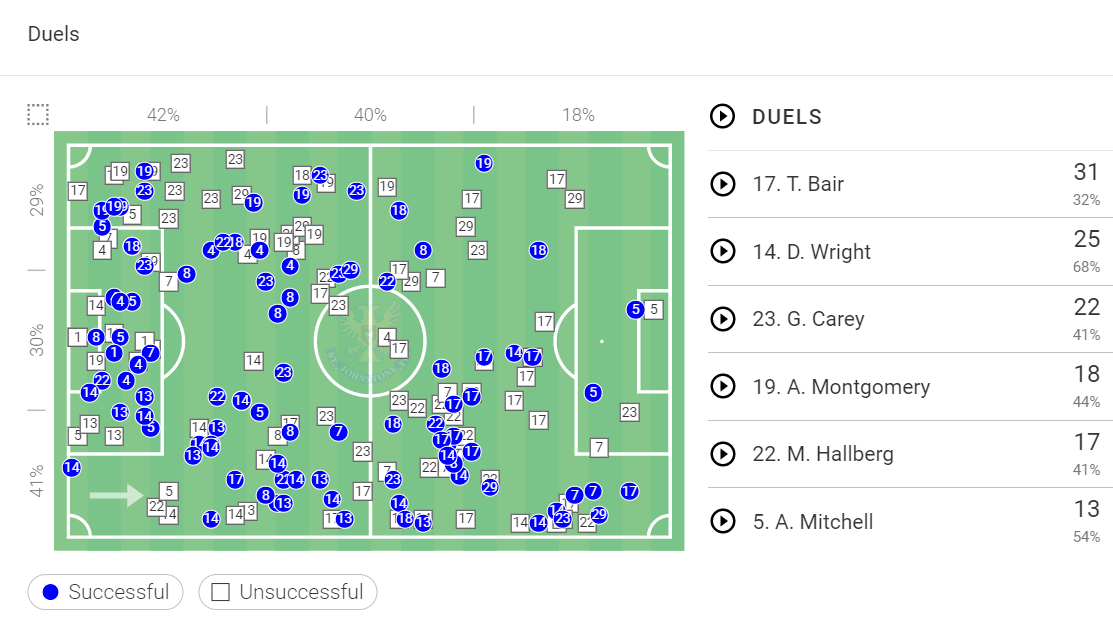 The above viz shows the duels that were contested by the home team. They contested 203 duels with a 50.74% success rate. St. Johnstone players won most of the duels on the right side. Theo Bair contested the most duels. 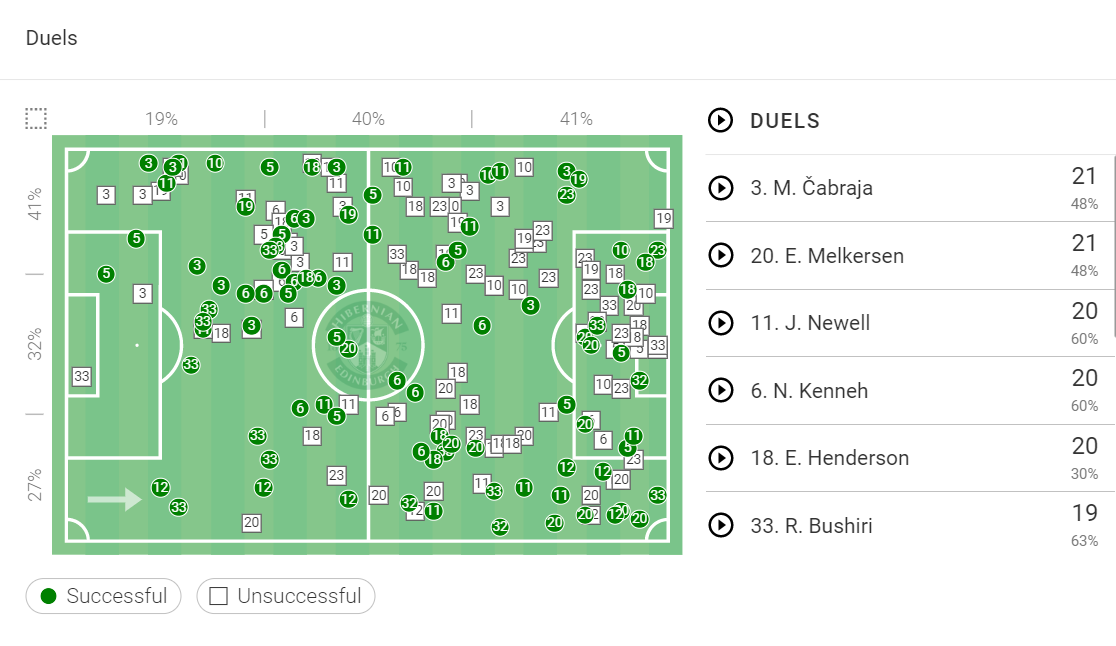 Hibernian players won 94 of the 203 duels contested in the match. The visitors lost most of the duels inside the opposition’s half. Marijan Čabraja and E. Melkersen contested 21 duels each with a 48% win rate. 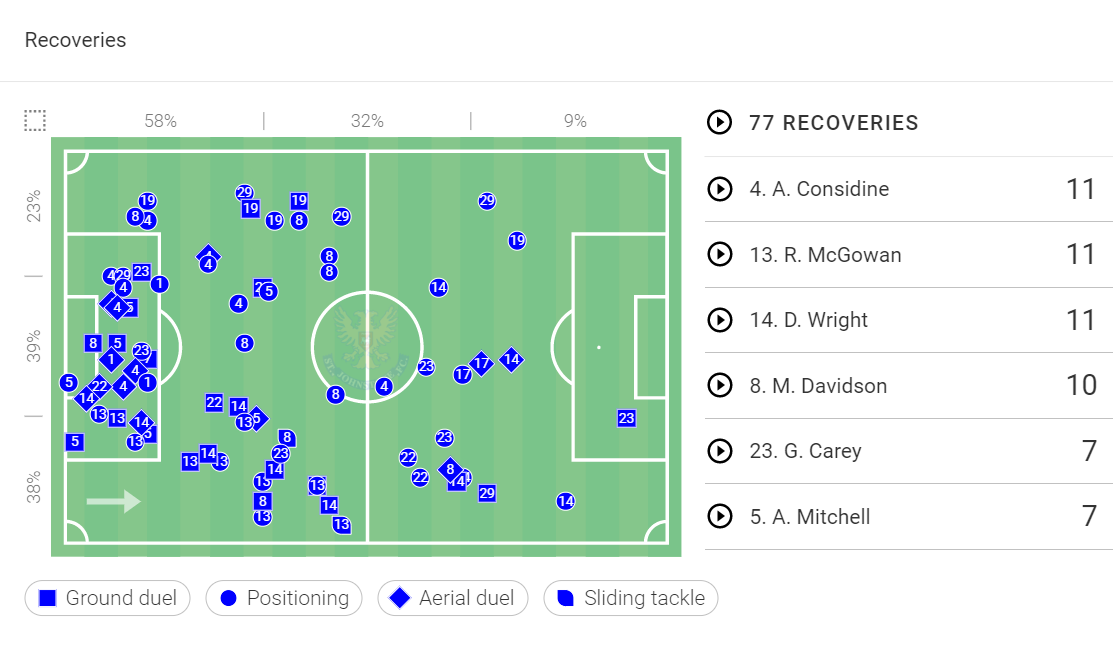 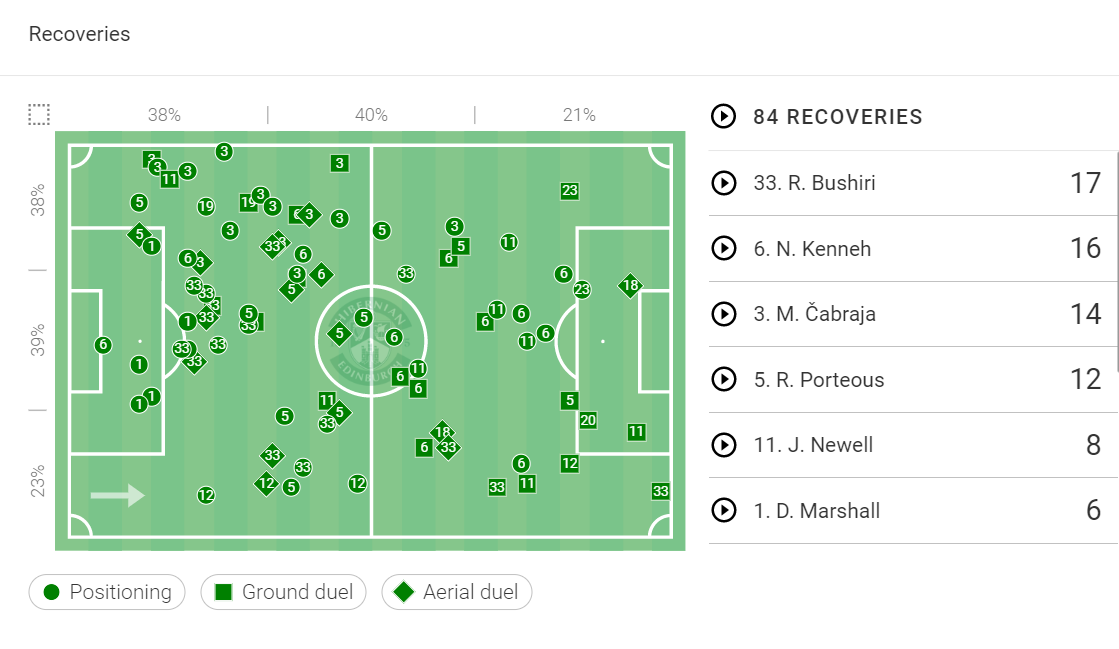 The home team was unable to create chances during the match. They were the lowest goalscoring team last season, and the manager will look to improve the record this season. Hibernian showed domination but failed to hit the target. They eventually scored a goal to take three points from the match.