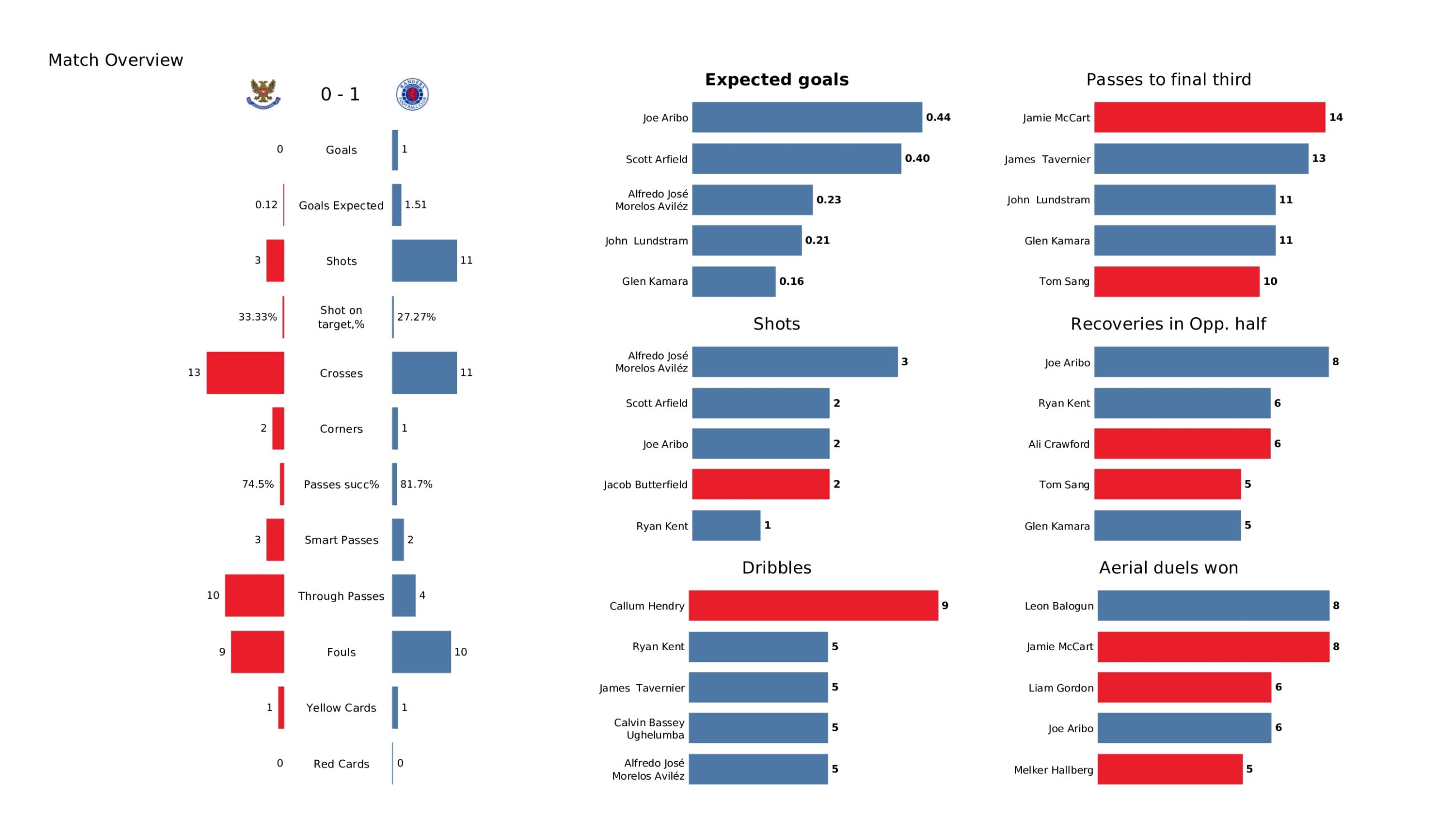 Rangers striker, Alfredo Morelos, attempted the most shots in the match. His teammate, Joe Aribo, showed some dominance in the midfield as he attempted two shots and made the highest number of recoveries inside the opposition’s half. Jamie McCart impressed for St. Johnstone as he attempted 14 passes in the final third and won eight aerial duels.