Drey Wright joined St. Johnstone from Hibernian in the Scottish Premiership. The Englishman began his career at an English club, Colchester United, before moving to Scotland in 2018. He spent two years at St. Johnstone, and then made a transfer to Hibernian. He scored only one goal in his two-year spell at St. Johnstone. The winger then revived his career a bit in his most recent spell and has now earned a move back to the club. Now, the player will be focused on earning a regular spot in the starting XI after struggling for game-time last season. 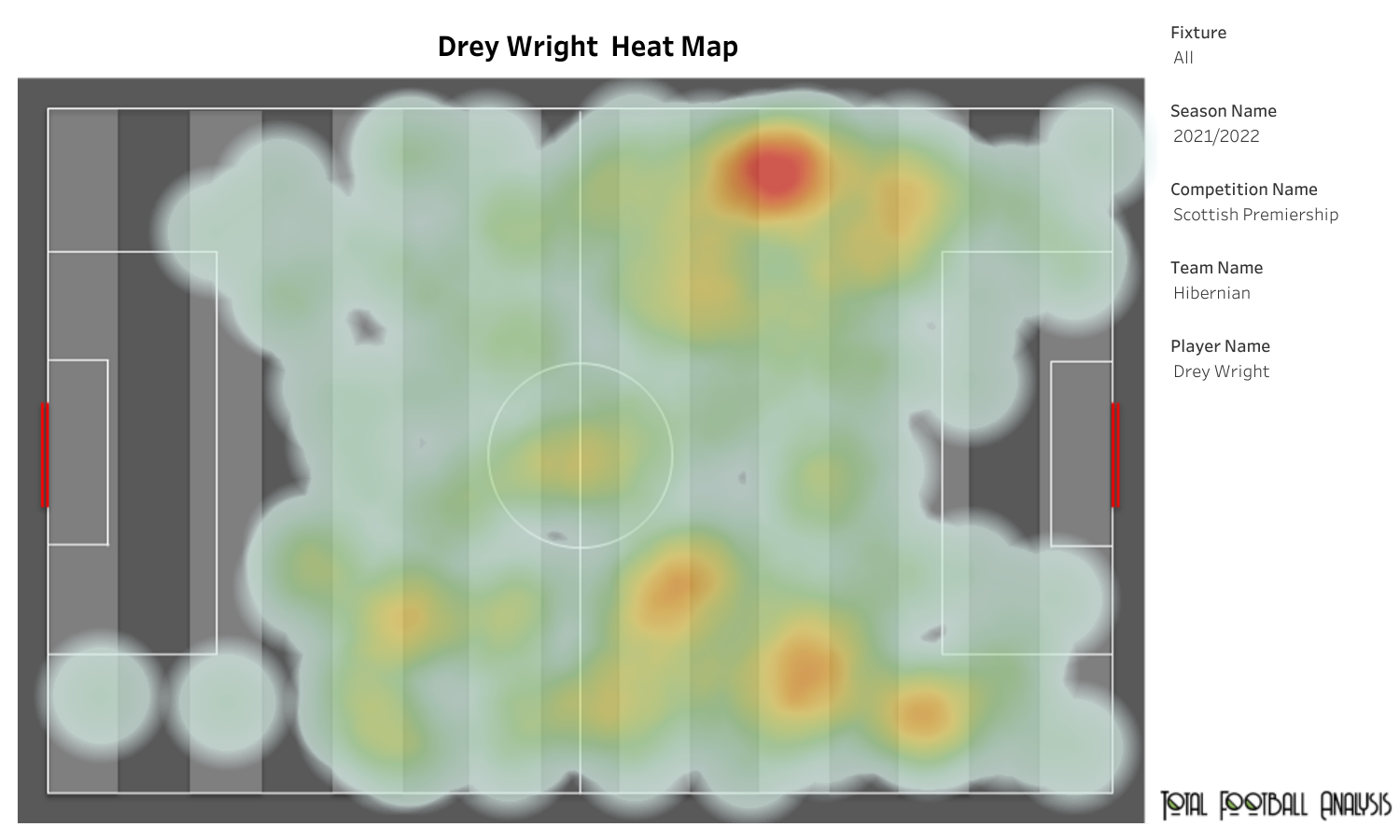 Wright is a versatile winger who can play on both flanks. Last season, he made 17 appearances for Hibernian, with ten coming from the bench. He scored only one goal throughout the season. The above heat map shows his position throughout the season. It shows that the player featured more on the left side. He penetrated the opposition’s penalty box from wider sides and averaged 1.12 touches per 90 minutes inside the opposition’s penalty box. Other than this, he averaged more than two dribbles per 90 minutes and had a 53.3% success rate. He also tracked back on occasions and helped his side to defend the goal. 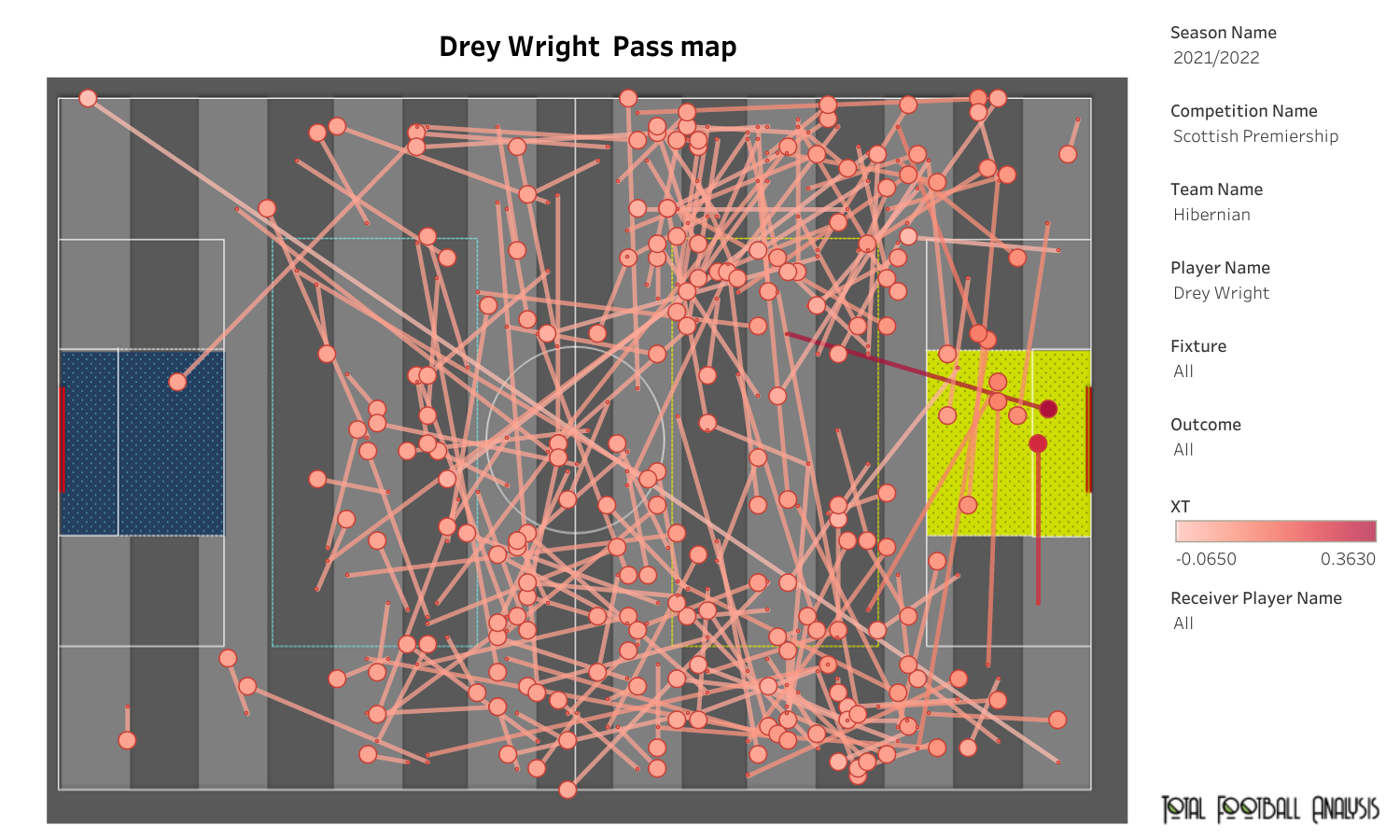 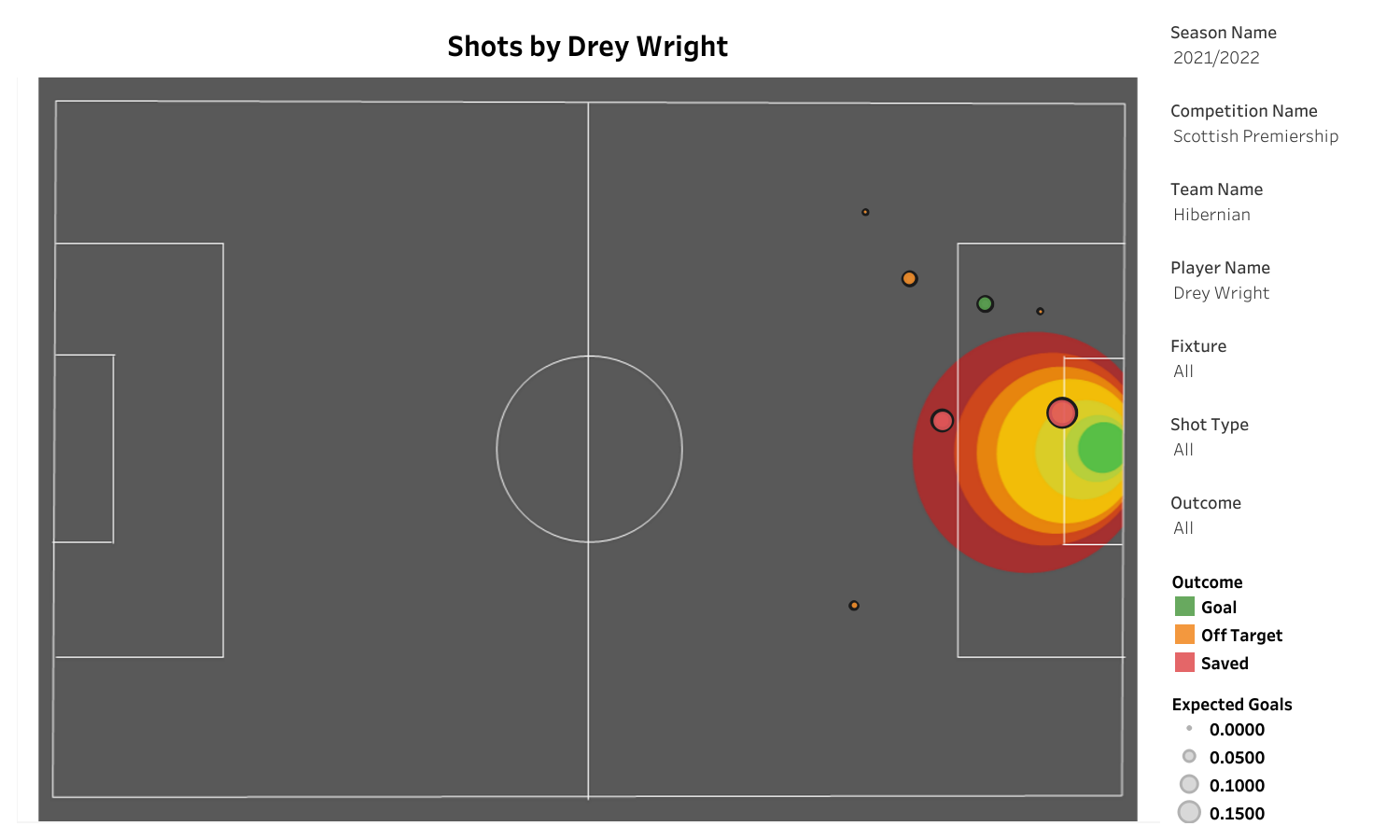 Wright was involved in 5.07 attacking actions per 90 minutes with a 41.7% success rate. He attempted seven shots, and three were on target. He attempted three shots from inside the penalty box, with all being on target. By looking at the above viz, we can observe that he attempted most of the shots when he played on the left side.

Due to limited minutes, the player struggled to make an impact in most games. He tried to dribble past the opposition defenders and attempted a few passes that created threats on the pitch. He also attempted a few shots, mostly from the left side. Drey Wright would look to make full use of the opportunities that he might get in the initial stages and cement a place in the starting XI.