Rangers continue their search for players as the Scottish Premiership runners-up are lining-up a move for St. Mirren’s 17-year-old talent, Dylan Reid. The midfielder made his debut for the Scottish side in 2021. At 16, Reid became St. Mirren’s youngest-ever debutant. The midfielder has attracted the attention of a few English Premier League clubs, and Rangers have joined the battle to acquire the services of the youngster. He only made one appearance in his debut season and got three more in the 2021/22 season to take his overall tally to four appearances for St. Mirren in the Scottish Premiership. After making three appearances in the first half of the season, Reid was sent on loan to Scottish League One team, Queen’s Park. He only got two opportunities for the third division side. Now, the player is wanted by other clubs and could be on the move in the summer. 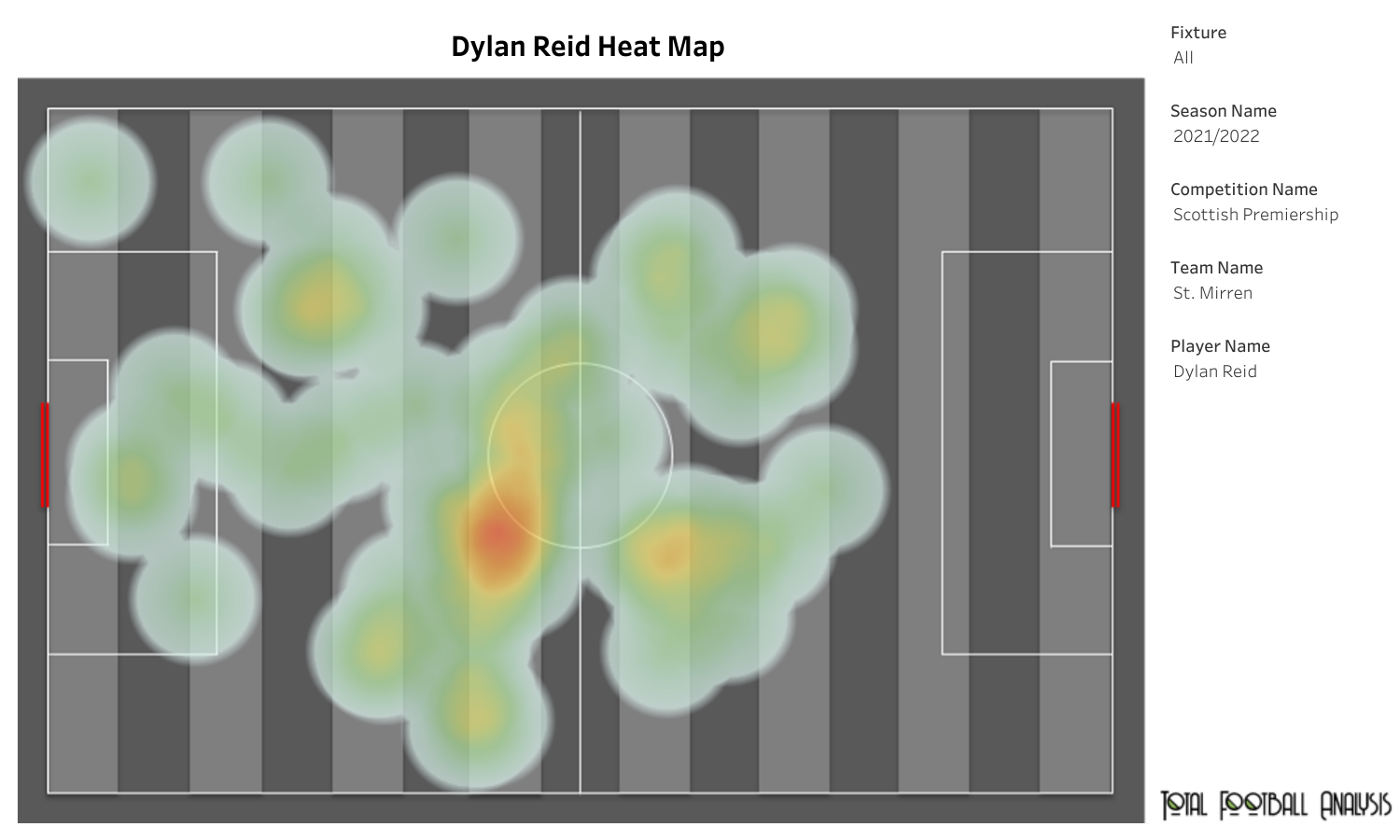 Reid played as a defensive midfielder in all the matches. He spent 234 minutes on the pitch and helped his side earn a point against last season’s champion, Celtic. The above heat map shows that the midfielder was mainly used as defensive cover in front of the defence. 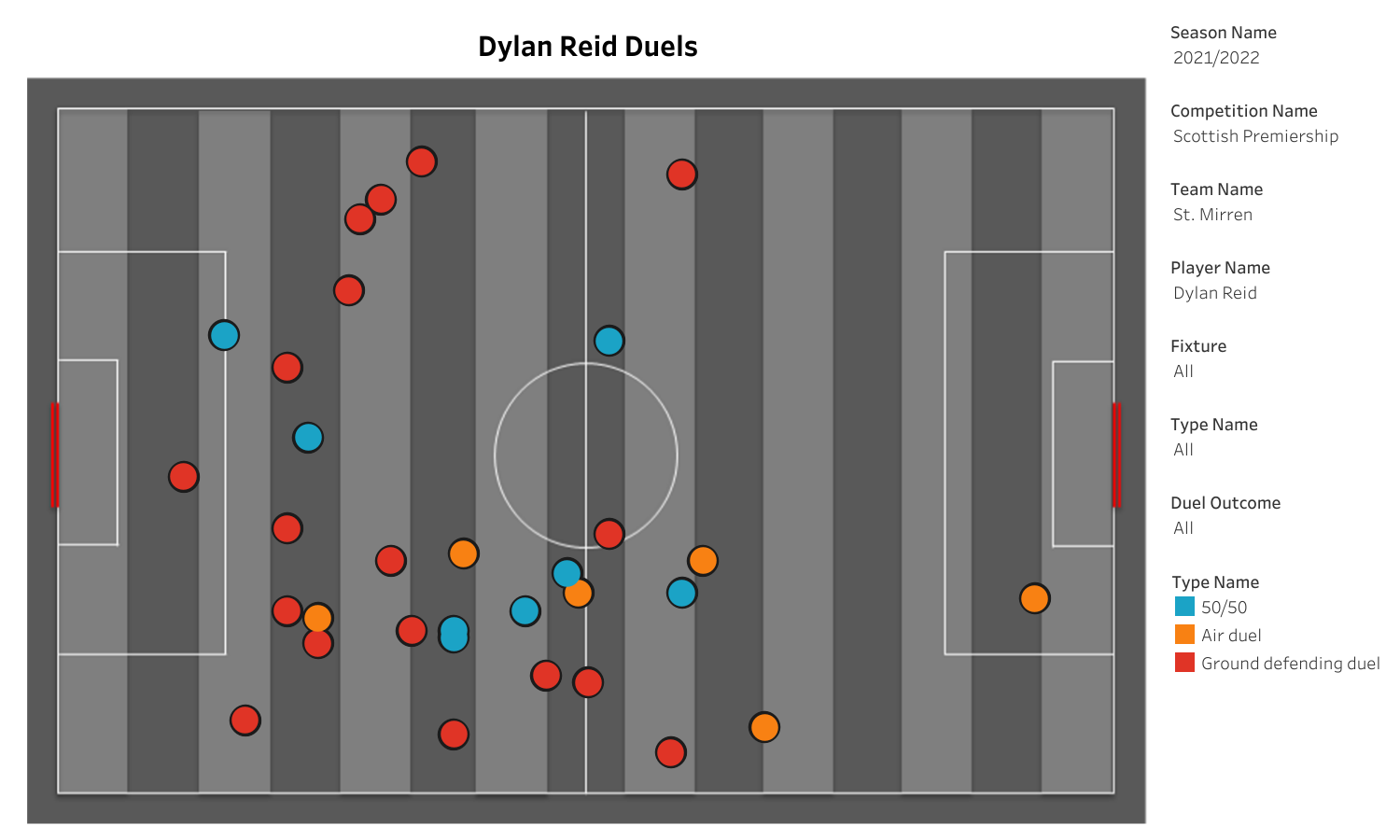 The 17-year-old midfielder was involved in 10.77 defensive actions per 90 minutes and his success rate was 75%. The above viz shows all the duels that were contested by the player. The win percentage for duels was low, as he only won five out of the 32 duels contested. However, the youngster is still in his early days and played against Celtic, Dundee United, and Hibernian, who finished above St.Mirren in the league table. Reid helped his side the other way around by making nine interceptions, along with 12 recoveries. 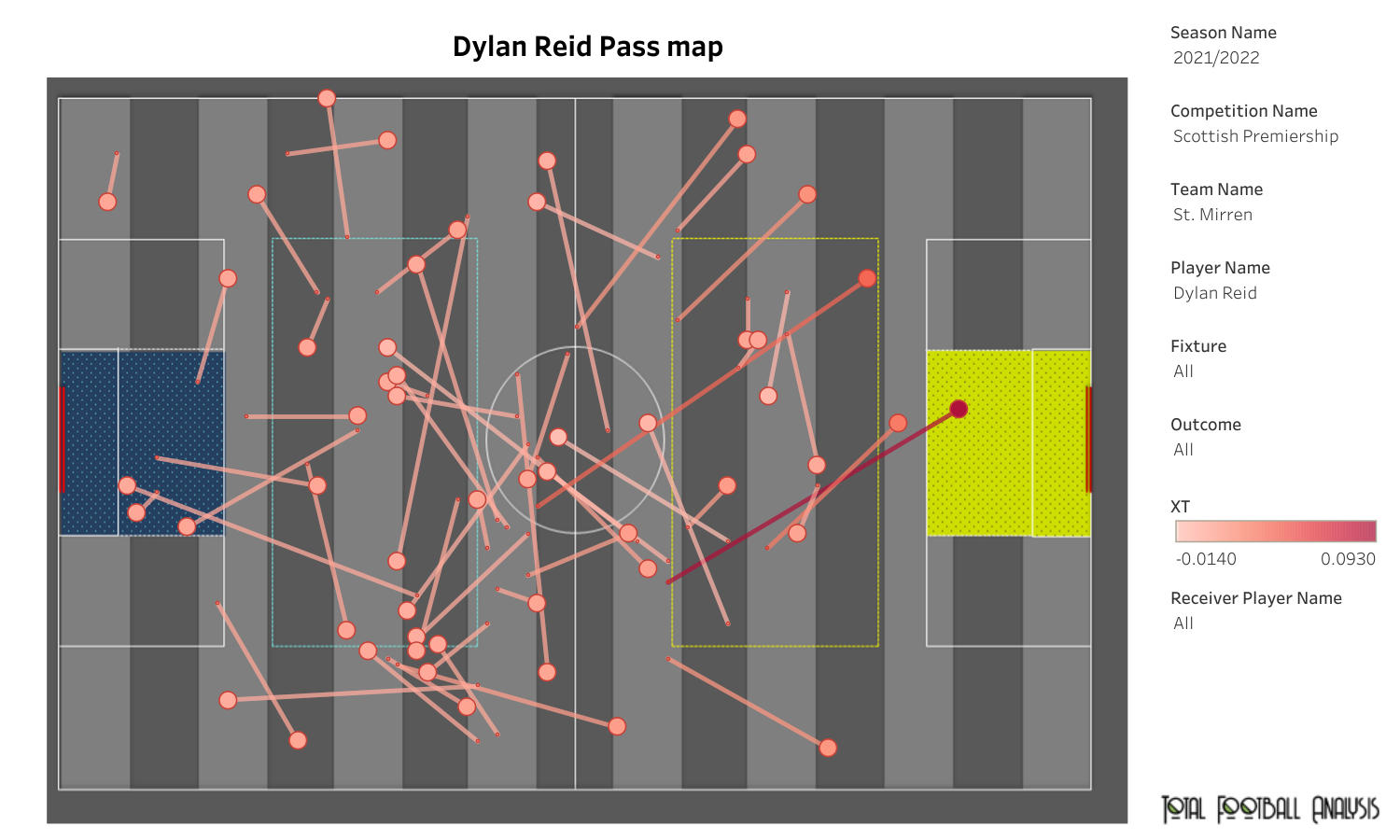 St. Mirren struggled to keep possession of the ball, and Reid only attempted 53 passes, with an average of 20.4 passes per 90 minutes. His passing accuracy rate was 83%. The above pass map shows that Reid attempted fewer forward passes. His passes were mostly sideways or towards the centre-backs. Some of the passes show that Reid attempted 2-3 long passes to find a teammate in the attacking third. Reid played so deep that he was unable to create chances for his teammates.

Rangers and other teams are interested in a defensive midfielder. Reid, who played a deeper role for St. Mirren, could improve with a move away from the club. He could head to Rangers, who might lose some of their main players in the summer. They also aim to boost their bench strength and challenge for the title.