Hibernian signed French winger Élie Youan on a season-long loan spell from Swiss club FC St. Gallen. The 23-year-old is a former Nantes player who has made six appearances in Ligue 1 and is in his first spell in the Scottish Premiership. Hibernian have been a very attacking team this season, and they played out a 2-2 draw against Rangers last weekend. They finished in the bottom half of the table and will be looking to improve their situation this season. Youan has been one of the successful signings for the club and in the league. He has made the most goal contributions for the Hibs in the league. Let us look at some of the stats of the player that will show his creativity on the pitch. 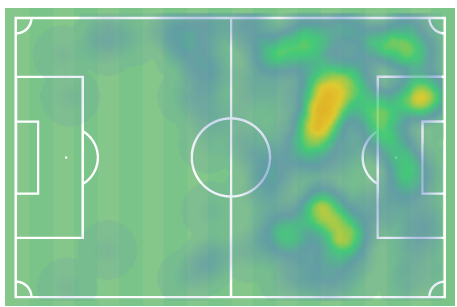 Youan has played the full 90 minutes in all matches, mostly playing the number nine role. The above heat map shows that Youan has featured on the left side and has covered a lot of areas in the final third. The forward has taken 23 touches inside the penalty box, with an average of 5.3 touches per 90 minutes. The 23-year-old has acted as a playmaker for his team. Youan has played a high attacking line and has provided three assists. These three assists came in the last three games. 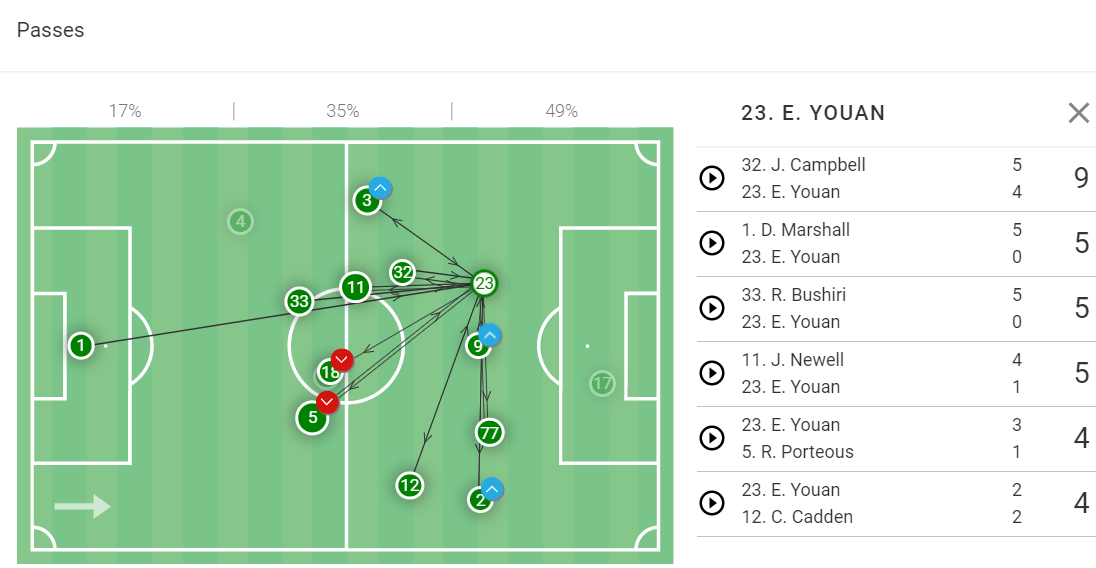 The above viz shows the passing link of the forward with his other teammates. It can be observed that almost every player in the team has tried to find him in dangerous areas. This shows that the team has relied on the youngster, and he has given them the end product. Youan averages 16.76 passes per 90 minutes with a 74% passing accuracy rate. These include 1.84 crosses and 0.92 passes into the penalty box per 90 minutes. 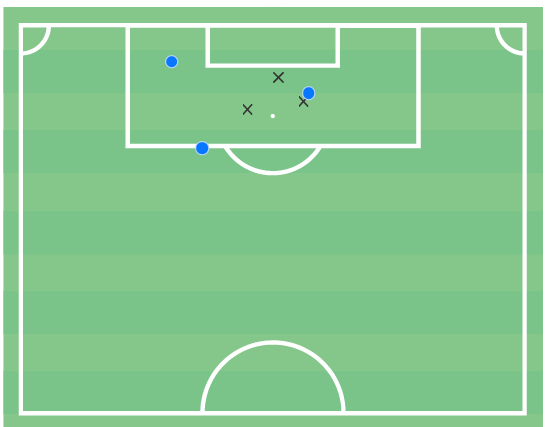 Some other attacking contributions of the winger also include six shots with a 50% accuracy rate. He has attempted all the shots from inside the penalty box and has an xG rate of 0.87. Youan has shown some of his skills on the ball and has tried to dribble past the opposition defender on 17 occasions with a 53% success rate. 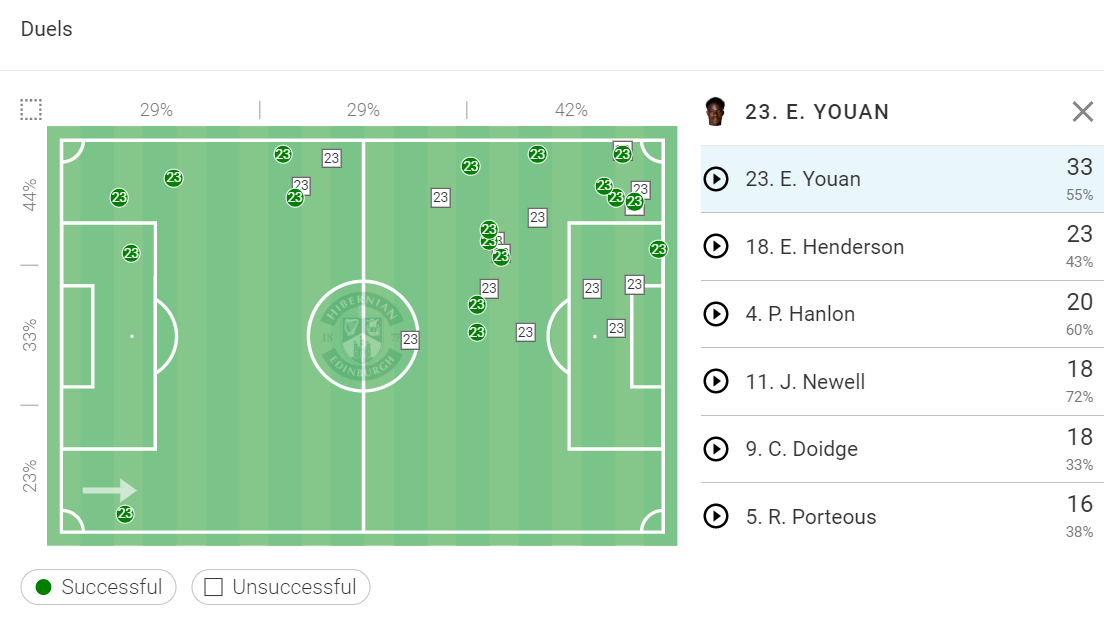 Youan has contested 95 duels with a success rate of 42.1%. These duels include 19 defensive duels, 15 aerial duels, 16 loose ball duels, and 45 offensive duels. He enjoys a success rate of 63.2% for defensive duels, 33.33% for aerial duels, 31.3% for loose ball duels, and 40% for offensive duels. The above viz shows all the 33 duels contested against Livingston. He won 18 duels, with most of the winnings coming in the attacking third. This shows that Youan has not only created plays, but he has also won the ball in crucial areas to put pressure on the opposition defenders. 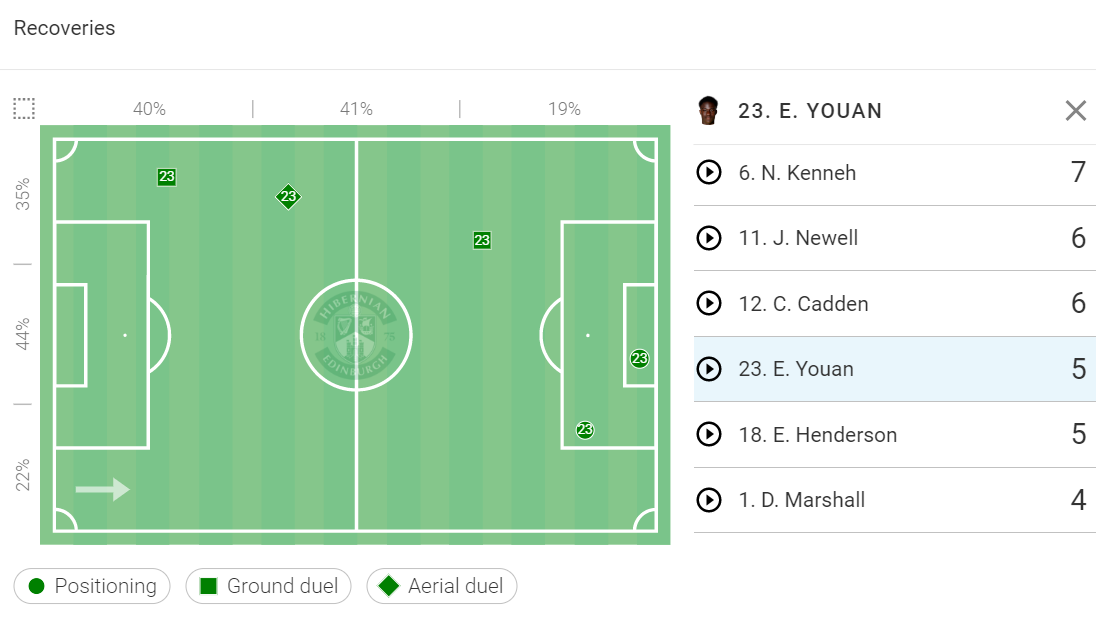