Glenn Middleton is an unwanted figure at Ibrox as Rangers prepare to offload the winger on loan. He spent the last season on loan at Scottish Premiership side St. Johnstone, and this season, Dundee United have emerged as the favourites to sign him. Rangers have signed a few attacking players this season and have enough strength to complete the campaign. They will allow their young players to leave for more game-time to prepare for the future. Dundee United have only signed four players, and they will look for a better finish in the league table this season.

Rangers signed the 22-year-old Scotsman from English club Norwich City in 2017. Middleton has struggled to establish himself in the Rangers squad and has spent time on loan at other clubs. This season, the same situation has arisen, and Rangers will look to send Middleton on loan where he gets enough game-time. Middleton is into his last season of contract, and Rangers will also decide his future depending on his performance. Some of the stats from last season show how the player featured for St. Johnstone last season and why he could be handy for Dundee United. 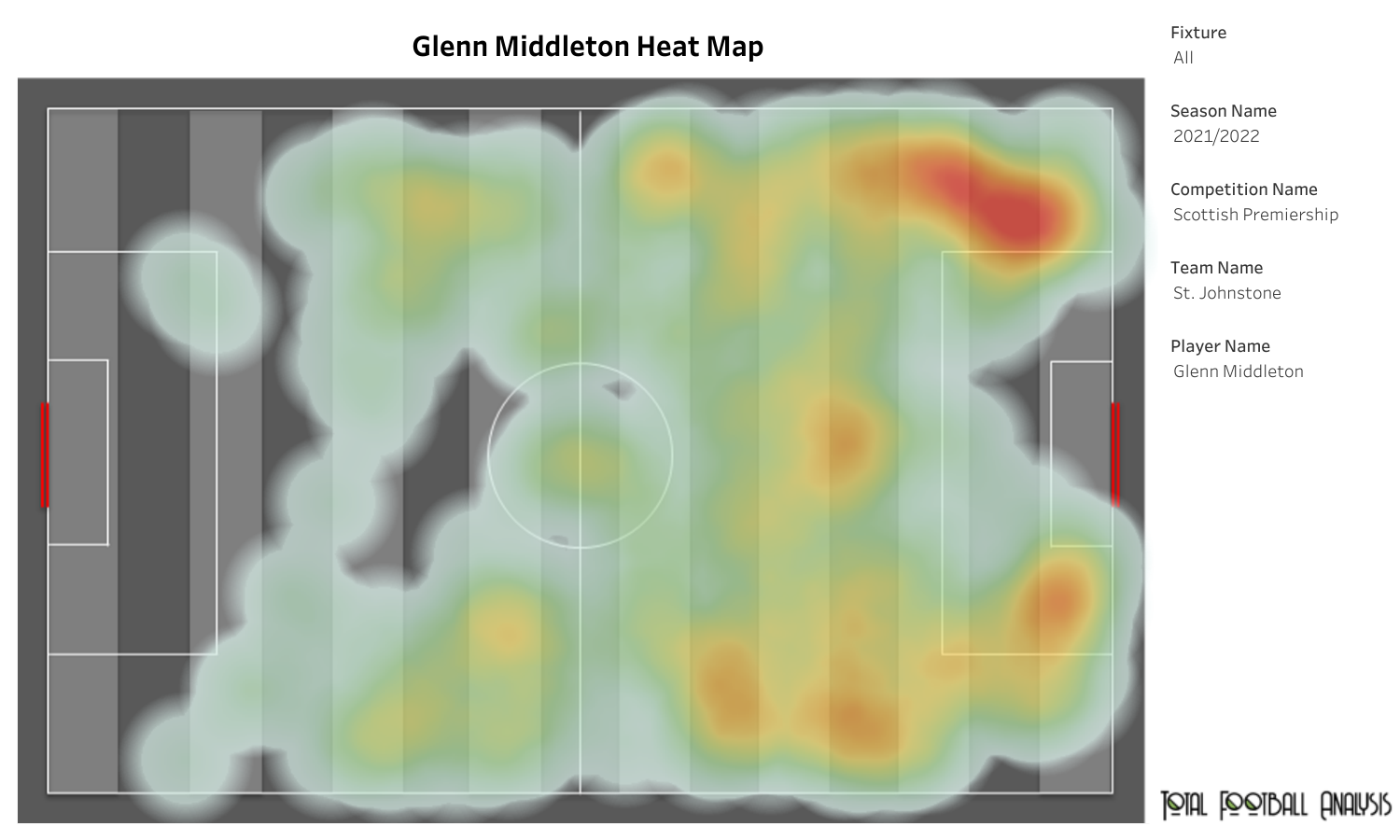 Middleton made 31 appearances for St. Johnstone in all competitions, where he scored a goal and provided an assist in 18 starts. The above viz shows the heat map of the player in 28 Scottish Premiership appearances last season. The heat map shows that Middleton can play on both flanks and likes to make runs inside the opposition’s penalty box. He likes to stretch the opposition defence and make full use of the width of the pitch. 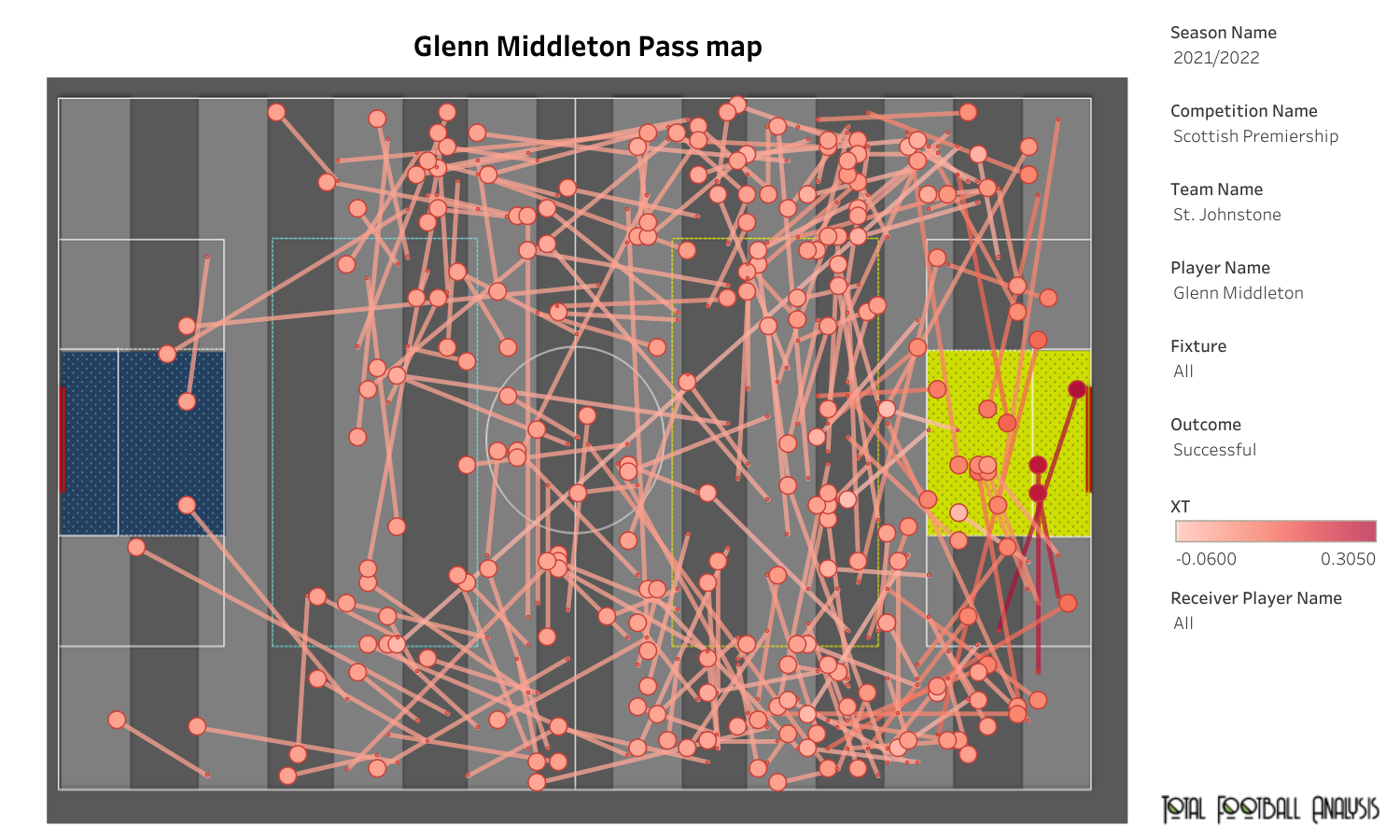 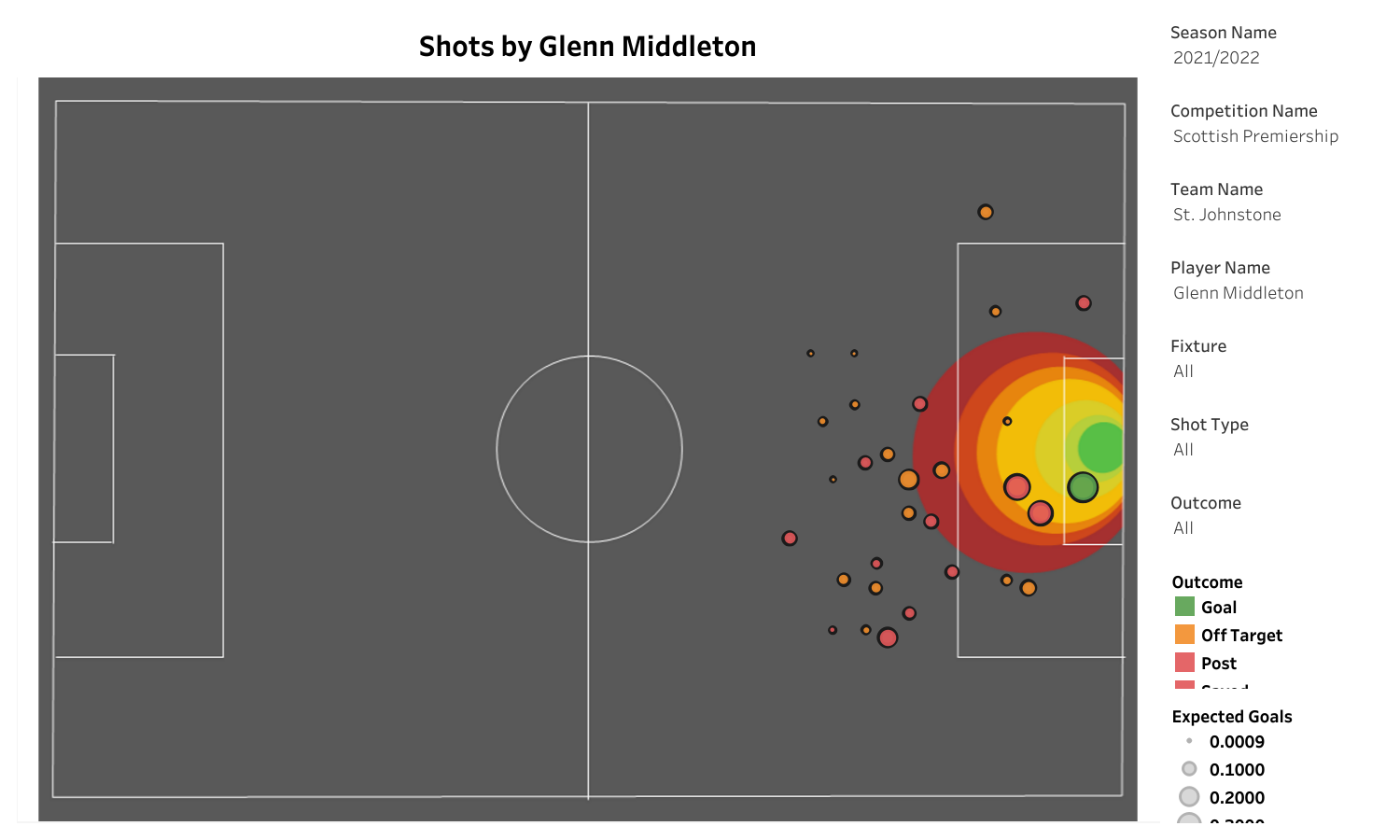 The 22-year-old was involved in 10.2 attacking actions per 90 minutes and had a 46% success rate. Middleton averaged 1.75 shots per 90 minutes and had a 23% shot accuracy rate. The above viz shows the shot map of the winger, and we can observe that Middleton likes to attempt long-range efforts, with some of them being on target. He scored the only goal of the season from inside the opposition’s 6-yard box. This shows that Middleton likes to make runs to get behind crosses and score a goal. 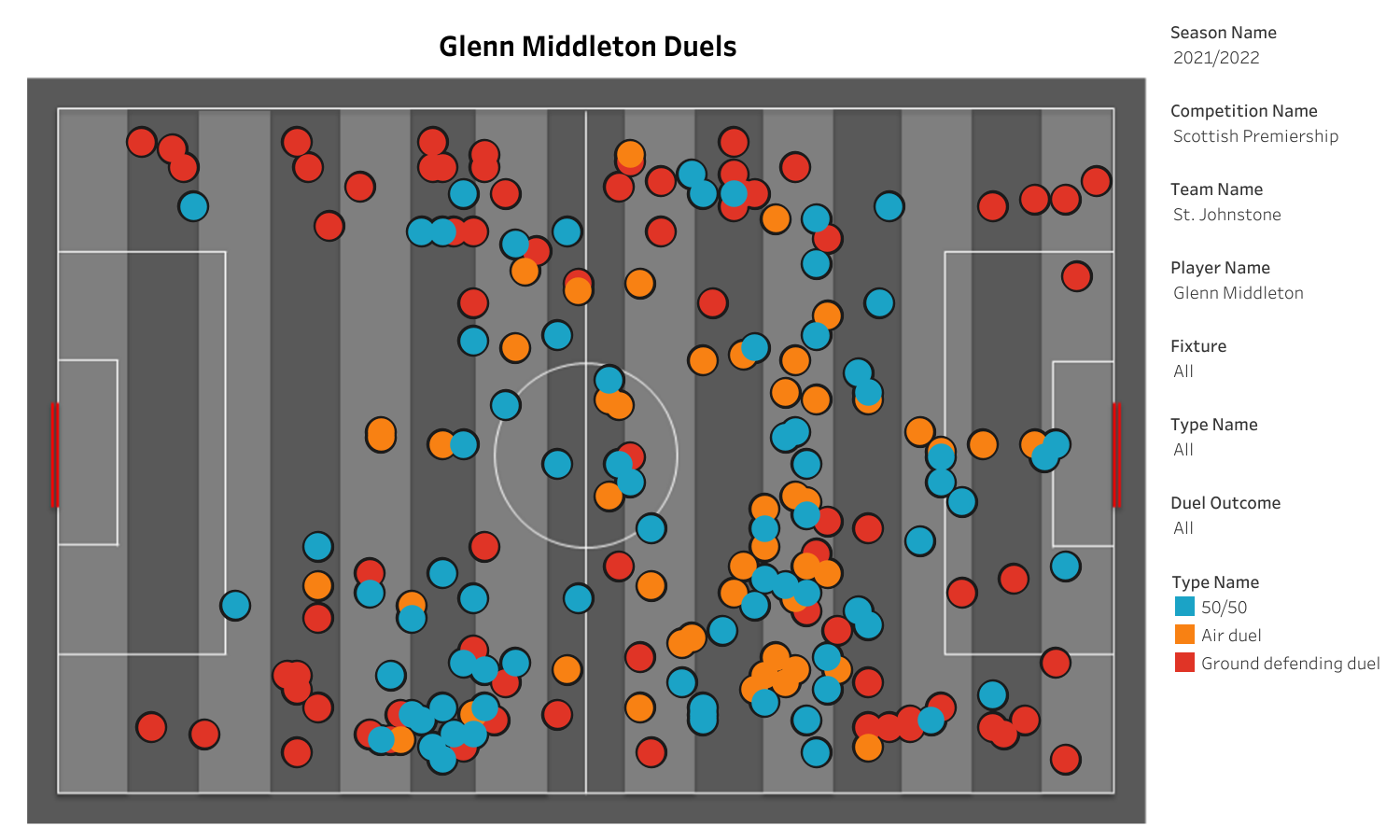 One of the key contributions by the winger last season was his involvement in attacking actions. Middleton was involved in 5.22 defensive actions and had a 72% success rate. The above viz shows that the winger was not shy of making challenges in the middle third and attacking third to win back the ball.

Glenn Middleton lacked consistency due to limited game-time on the pitch. He will be looking for regular football and might get a chance at Dundee United. Rangers will also send him to a club that promises more minutes on the field for the youngster. He can create and score goals and could be handy in Dundee United’s aim for a European place.