James Tavernier had one of the most productive seasons of his career. The right-back was the highest assist provider in the Scottish Premiership and helped his side to a second-place finish in the league table. He was the creative force behind most of the attacks by the Rangers. The 31-year-old also played a crucial role in his side’s run to the UEFA Europa League final. Tavernier made 22 goal-scoring contributions in the league this season. These included nine goals and 13 assists. The club captain also took the set-piece duties and scored six goals from the penalty spot. Now we look at some of the stats that highlight his performances from the recently concluded Scottish Premiership season. 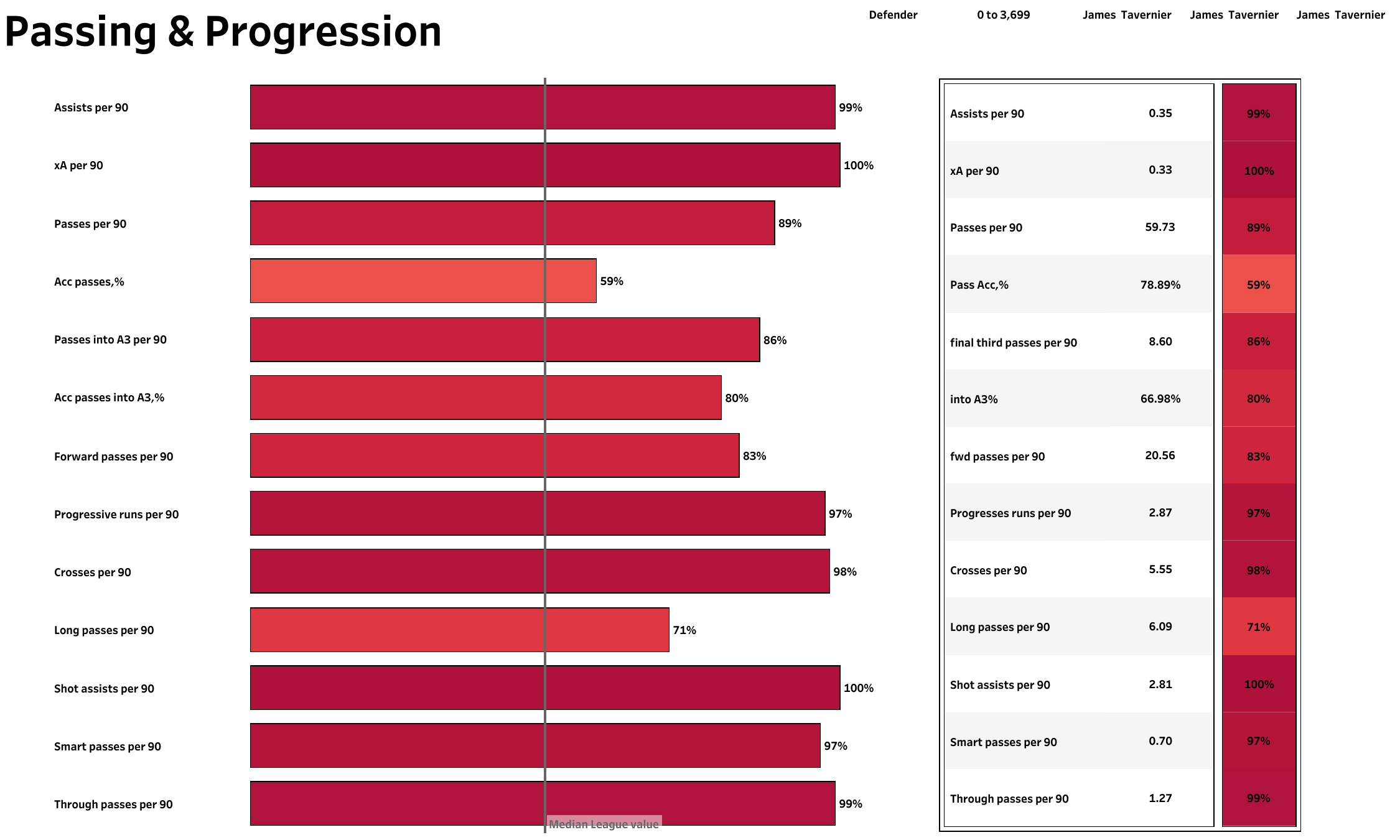 Tavernier made 35 appearances in the league for Rangers. When looking at the above chart, the general rule is that the longer the bar, the better the performance — you can see the league average in the middle, and the % is the percentile rank the player is in. The above viz shows his passing and progression chart amongst other defenders in the league. Tavernier has a very high percentile rank amongst other defenders. He was the highest assist provider and had the highest xA rate in the league. The player made more than 20 progressive runs per 90 minutes. Tavernier attempted more than five crosses per 90 minutes and also attempted a few smart passes and through passes throughout the season. 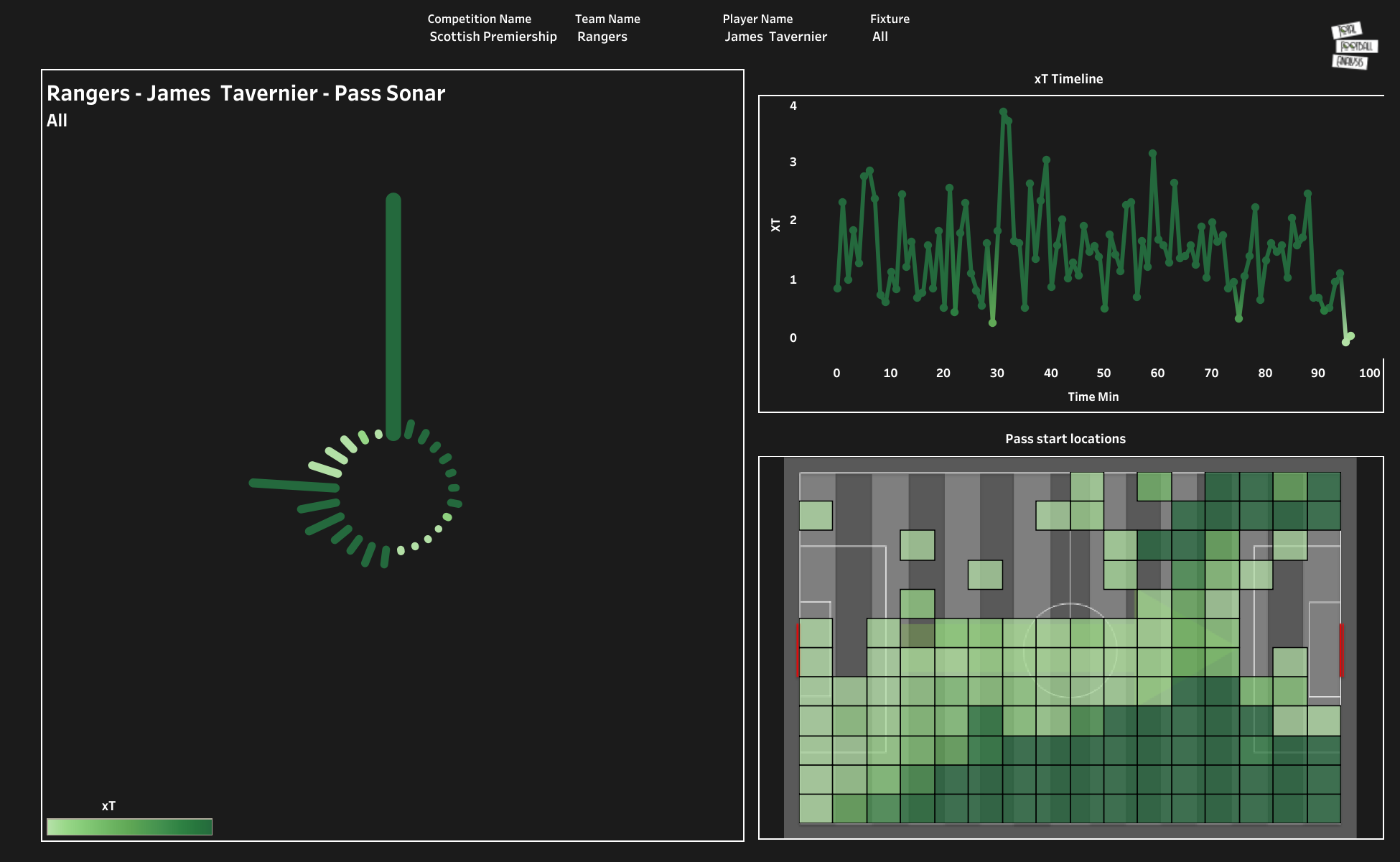 The above viz shows the pass start location as well as the xT timeline. We can observe that he created most of the threats during the first half. The player has featured on his favoured right side. He is active on corner duty from both sides and has taken some positions on the left side of the field. Tavernier has tried to penetrate the opposition’s penalty box from the right side and created constant threats during the matches. 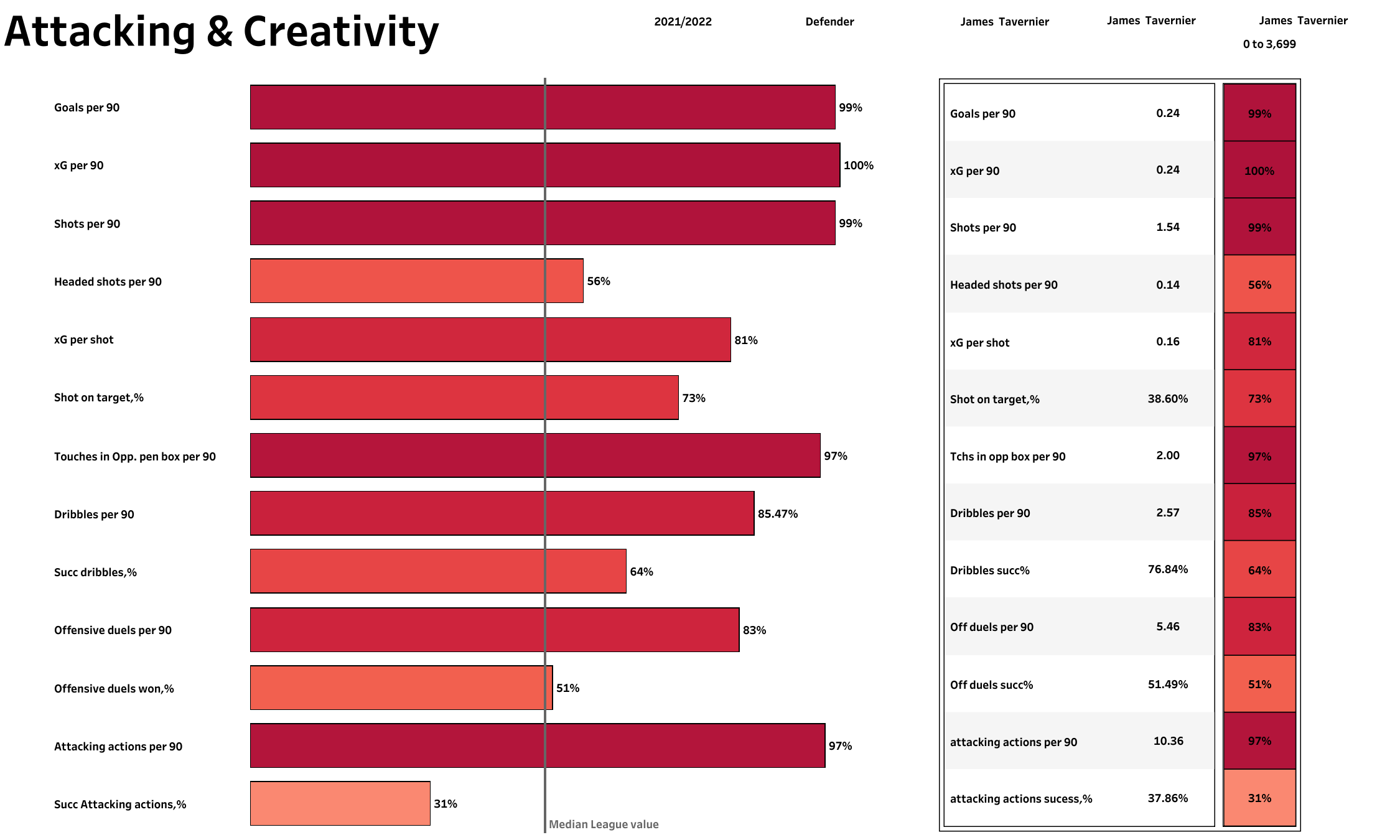 Once again, the defender has a high percentile rank amongst other defenders. He was the top goalscoring defender in the league and had the highest expected goal rate. The 31-year-old averaged more than two touches inside the opposition’s penalty box per 90 minutes. He was involved in more than ten attacking actions per 90 minutes, with a 37.86% success rate. 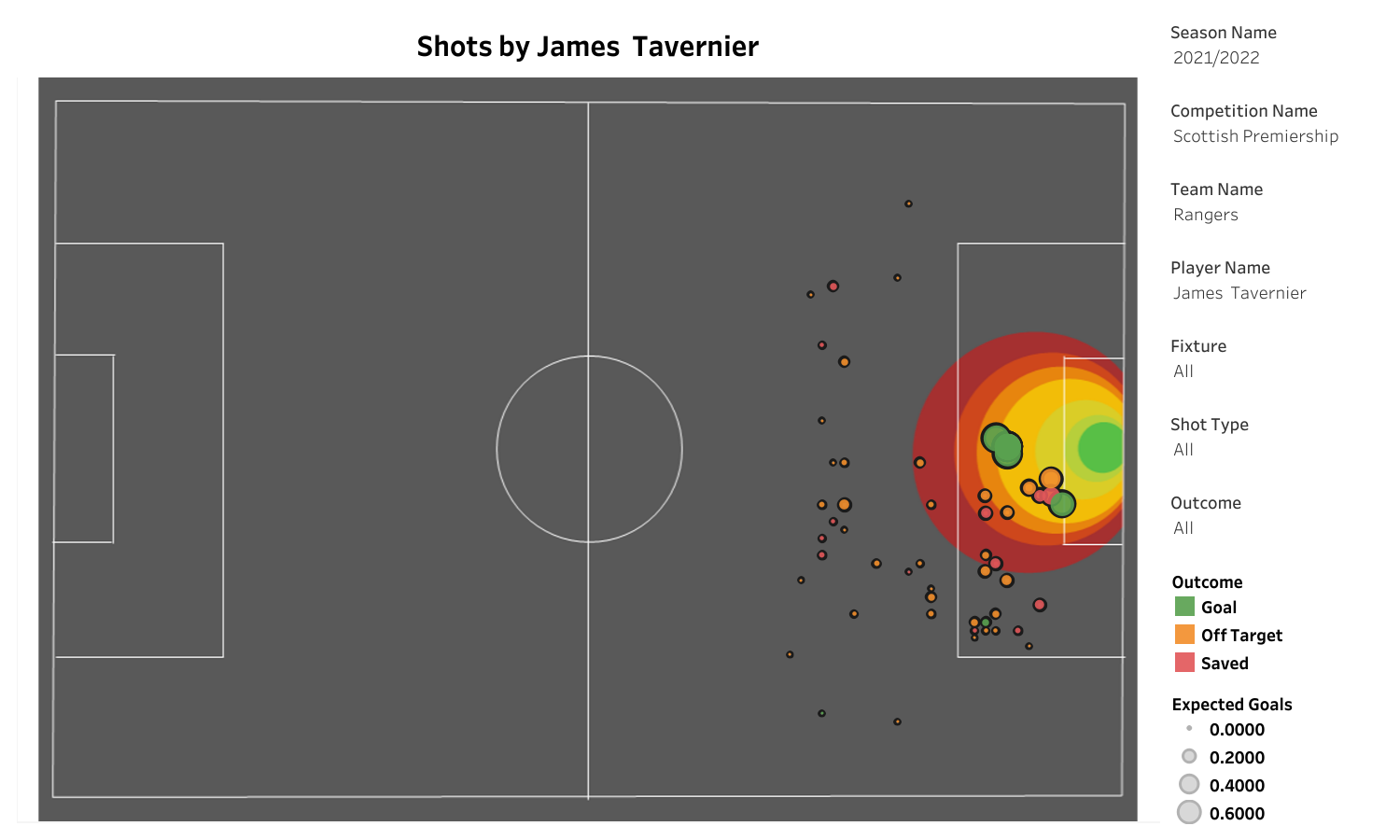 The above shot map shows all the 57 shots attempted by the right-back throughout the season. He averaged 1.54 shots per 90 minutes with a 38.6% shot accuracy rate. Tavernier attempted a few shots from outside the opposition’s penalty box but failed to hit the target. Most of the shots have been attempted from his favoured right side.