Hibernian are on the verge of losing their young left-back, Josh Doig. A lot of English Premier League are scouting the 20-year-old left-back and could be making a move for him in the near future. He was a regular starter for the Hibs in the Scottish Premiership and impressed everyone with his all-round display on the pitch. The full-back appeared in 34 league games for Hibernian last season and provided two assists. 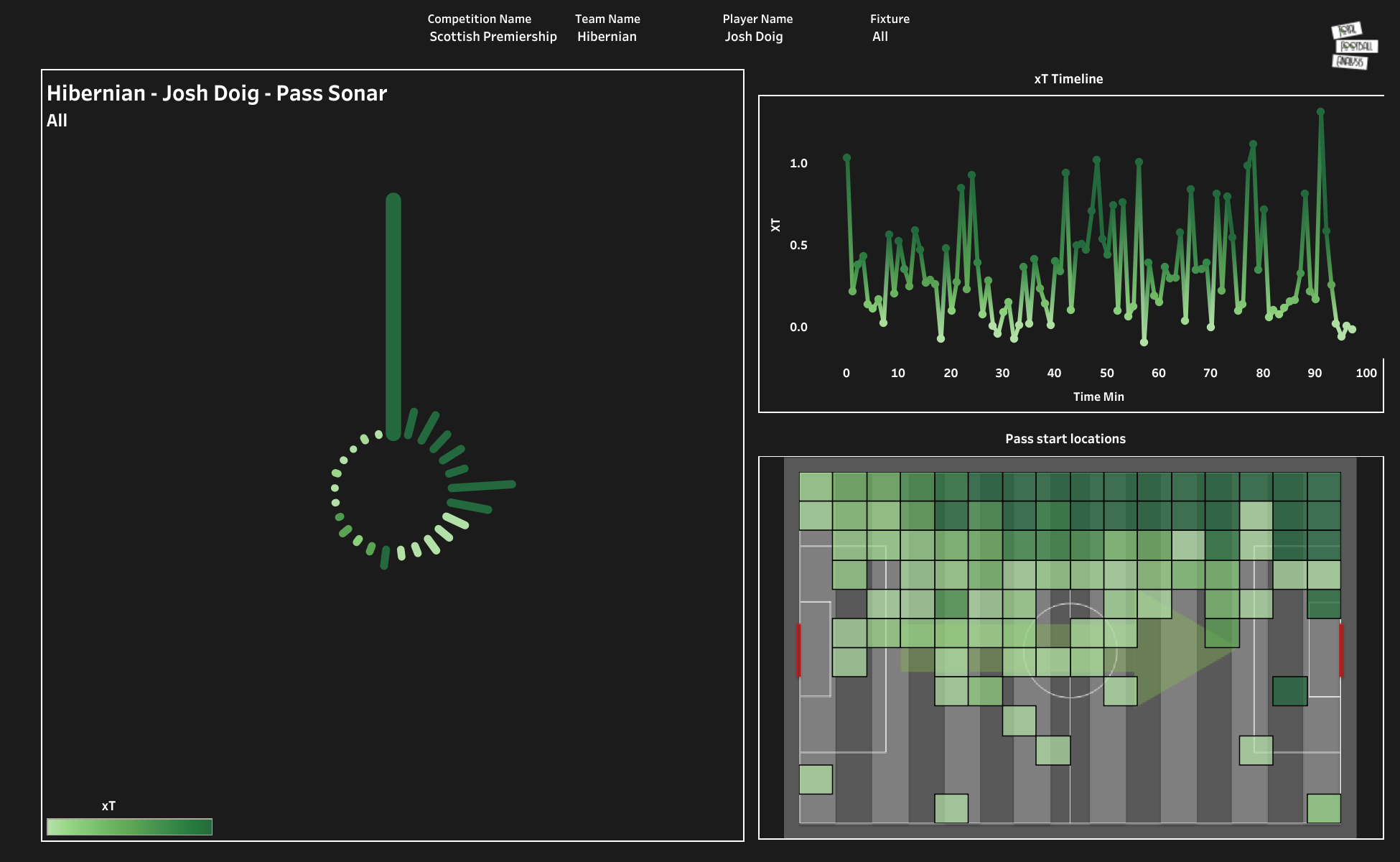 The above viz shows the pass start location as well as the threat created from passes at different time intervals. We can observe that the full-back covered a lot of ground on the pitch. He likes to stretch the opposition defence and make full use of the width of the field. He even tried to penetrate the opposition’s penalty box and averaged more than one touch per 90 minutes inside the box. Doig was a good crosser of the ball as he averaged 3.47 crosses per 90 minutes throughout the season.

The xT timeline shows that Doig created constant threats during different time intervals of the match. He was able to create more threats in the second half in comparison to the first. Doig attempted 3.5 dribbles per 90 minutes and had a success rate of 69.57%. This shows his confidence on the ball, and a lot of teams might be attracted to him due to his skills and movement with the ball. 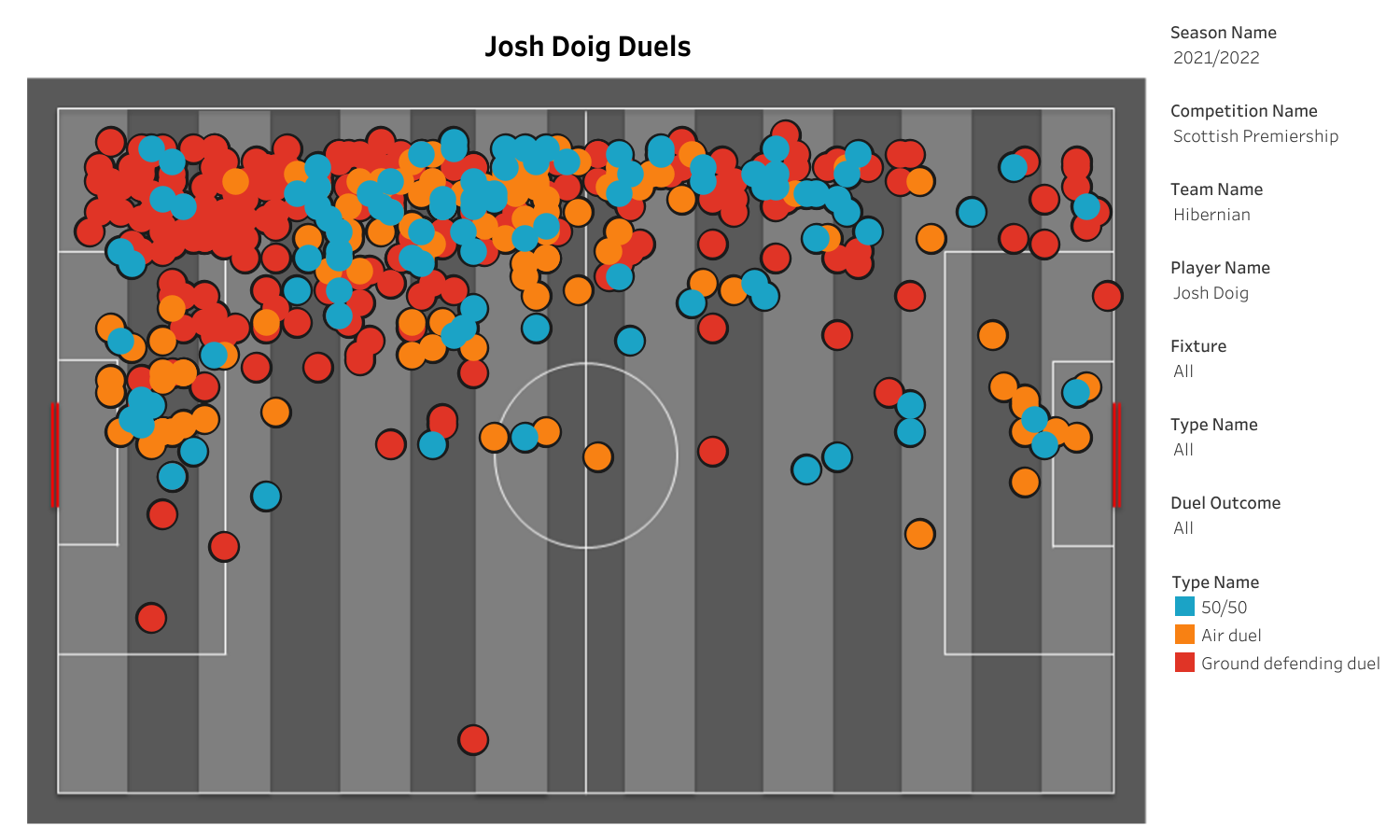 Defensively, the player struggled a little bit as he contested very few duels and also had a low win percentage. The player averaged 12.03 defensive actions per 90 minutes and had a success rate of 74.48%. He contested 7.5 defensive duels, 3.32 aerial duels, and 3.04 loose ball duels per 90 minutes. The win percentage was low for him as he managed to win 17.77% of defensive duels, 50.47% of aerial duels and 33.67% of loose ball duels. Most of the duels were contested in the defensive third, and a few were contested in the attacking third. 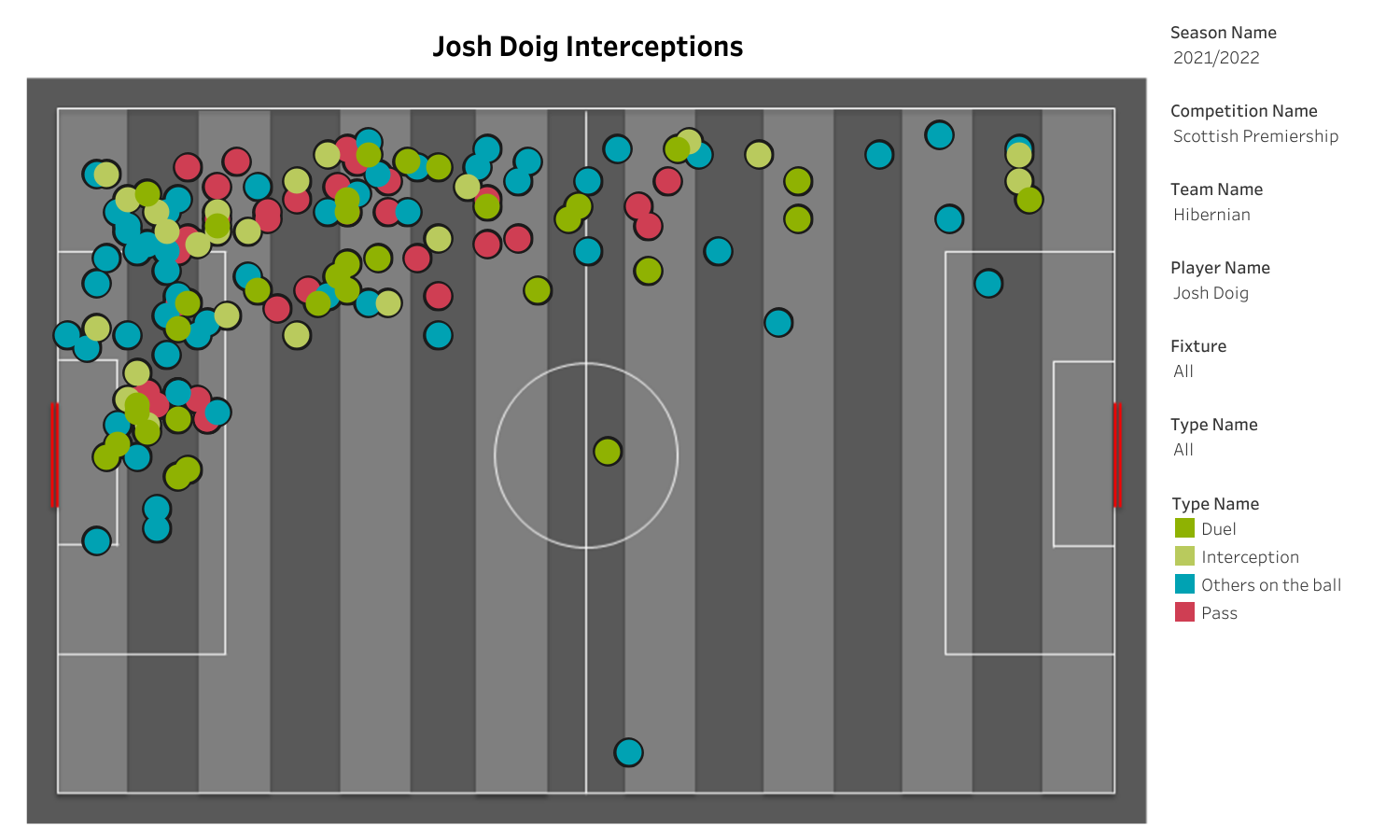 Josh Doig had a decent season for Hibernian and is now on the transfer list of other clubs. He is just 20 years old and has a lot of potential going into the future. He will look to improve his defensive game, as that is the only area where he lacked last season. The player could be on the move away from the club.