Motherwell signed the former Blackburn Rovers and Salford City wide midfielder, Josh Morris, on a free transfer. The 30-year-old Englishman will feature for the first time in the Scottish Premiership. He comes with an experience of over 200 matches in the EFL League One and has featured in the English Premier League as well as in the EFL Championship. Morris was released by Salford City and was available as a free agent. He is a versatile attacking midfielder who started as a left midfielder but can also play on the right side and in the centre. Motherwell finished fifth in the Scottish Premiership last season and only managed to score 42 goals in 38 matches. They require players who can help them improve their attack and compete for European places. Josh Morris has the quality to create and score goals. Some of the stats from last season show why Motherwell were keen on signing the midfielder and how he can add more productivity to the Scottish side’s attack. 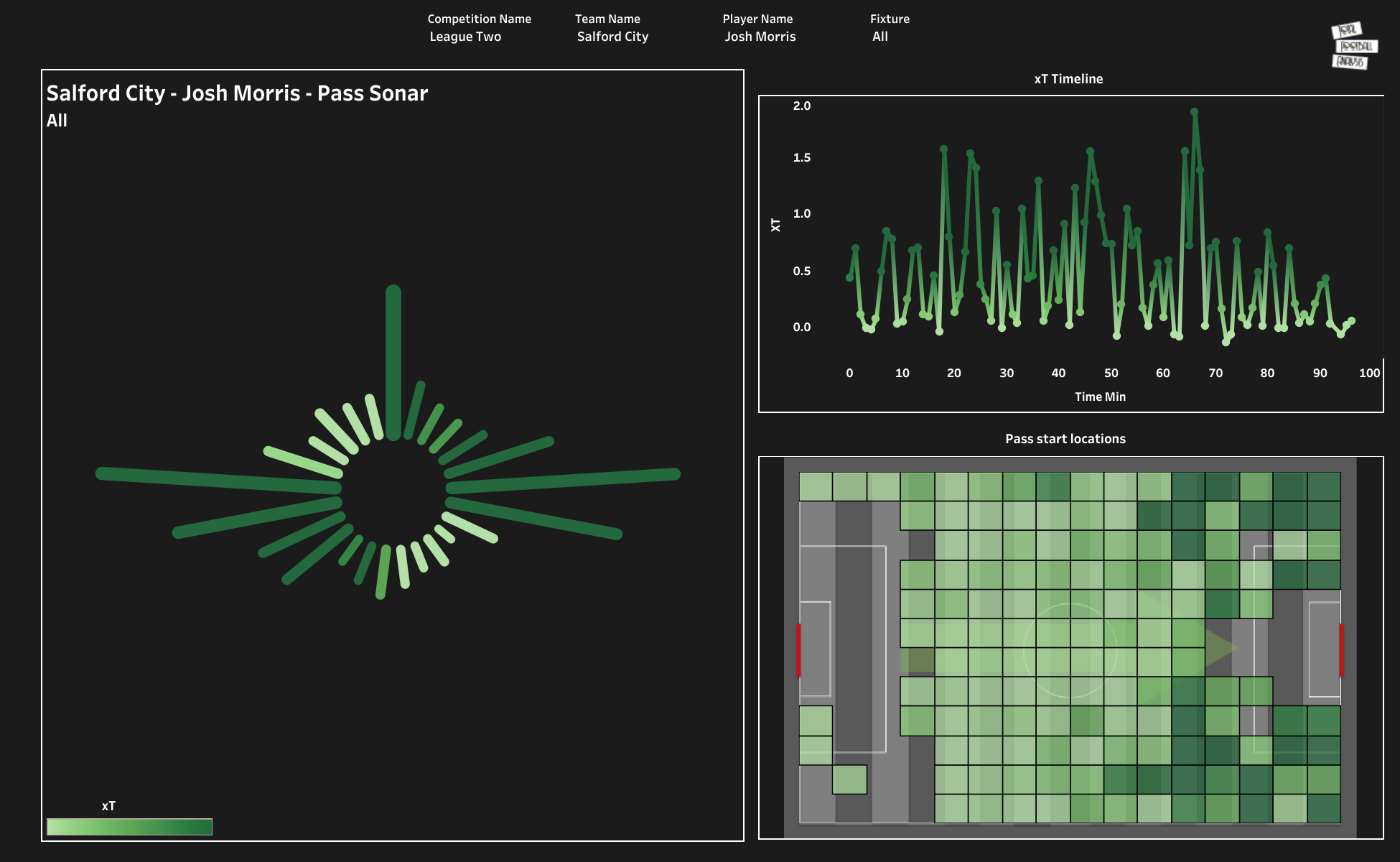 Morris made 24 appearances for Salford City in all competitions last season. He scored three goals, with two of them coming in the same match of the EFL Cup. The player also provided five assists last season. The above viz shows the pass start location and the threat created from passes at different time intervals in the 21 EFL League Two matches Morris appeared in. The pass start location map shows that the 30-year-old attempted passes from both wings. This shows that the manager played him in three different positions behind the striker. By looking at the xT timeline, we can observe that the player creates a lot of threats in the middle period of the matches. 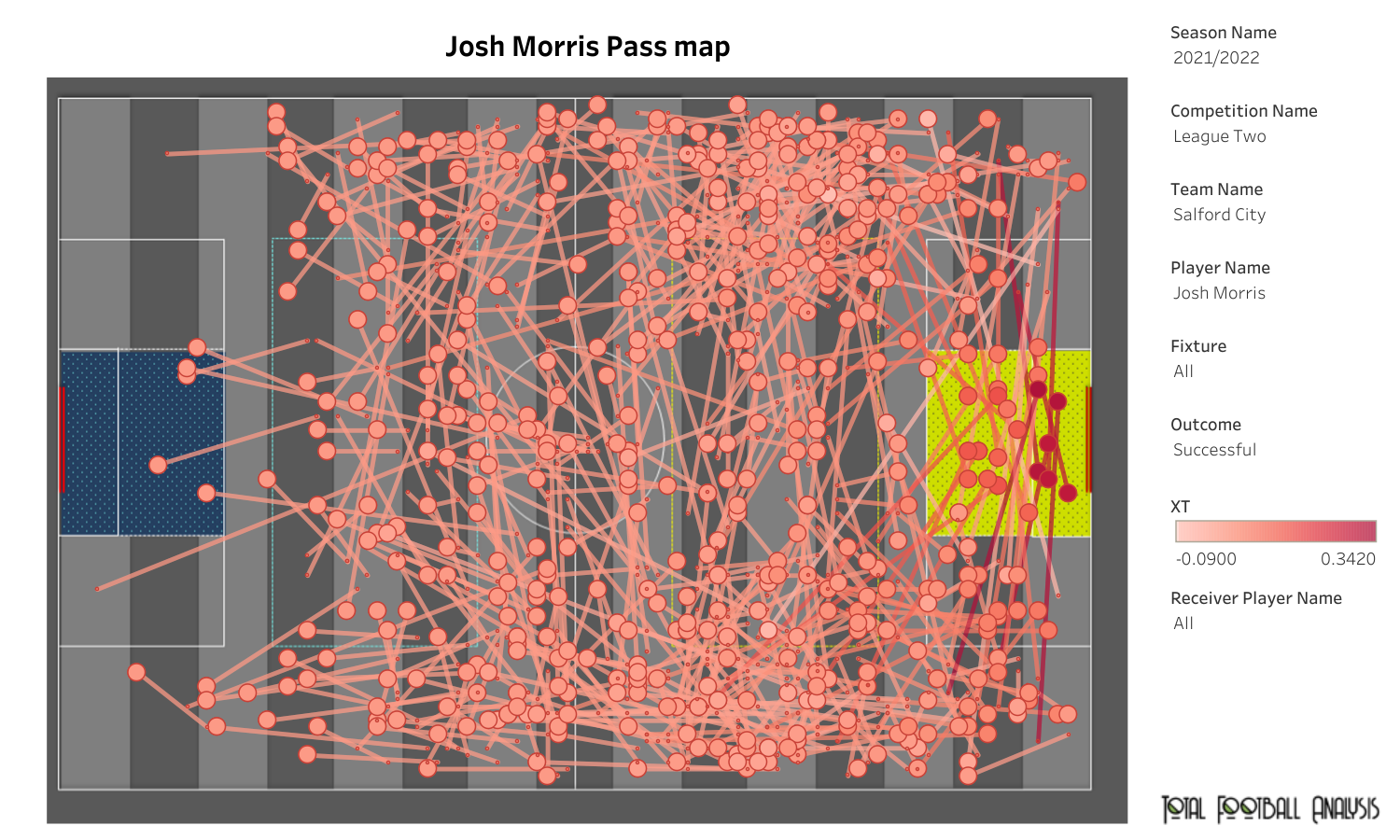 The wide midfielder averaged 30.2 passes per 90 minutes with an accuracy rate of 78%. The above viz shows all the passes that were successfully delivered by Morris. He averaged 7.2 forward passes, and these included 3.22 passes into the final third of the opposition with an accuracy rate of 71%. By looking at the pass map, we can observe that most of the passes were attempted to build-up play in the wide areas. Morris likes to attempt a lot of crosses and averaged 3.7 crosses per 90 minutes. He created a lot of chances for his teammates by finding them inside the opposition’s penalty box. 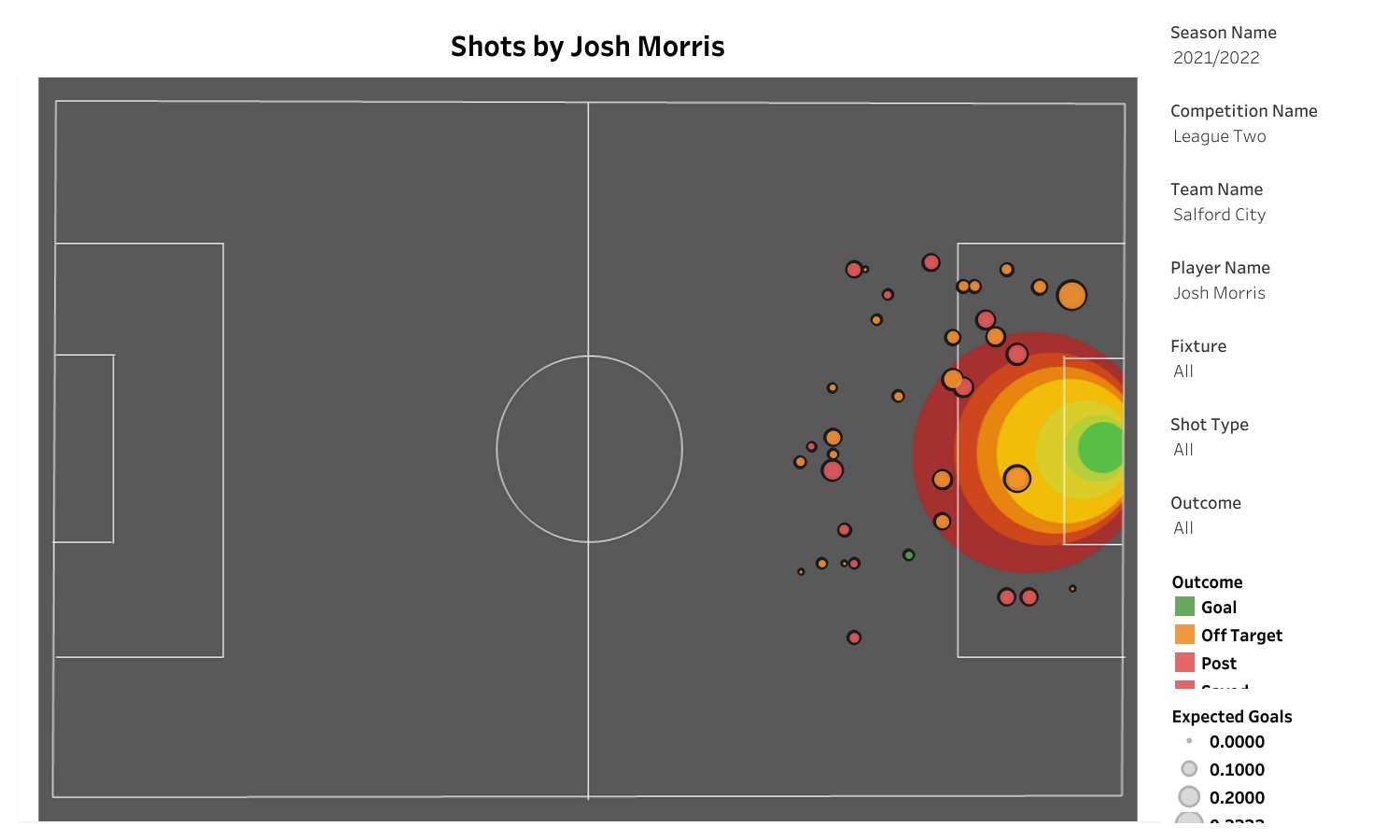 Morris was involved in 8.5 attacking actions per 90 minutes with a 40.1% success rate. He often penetrated the opposition’s penalty box and averaged 2.5 touches per 90 minutes inside the box. The above viz shows the shot map of the player. He attempted 36 shots with an accuracy rate of 36.1%. Morris attempted 21 shots from outside the penalty box and scored his only goal through a long-range effort.

The 30-year-old will be keen to make an impact on his new team. He has played a lot of games in English football and will get his first taste of Scottish football. The manager will try to fit him into the starting XI and make full use of his potential. Josh Morris’ versatility will play a key role for Motherwell.