Aberdeen’s midfielder, Lewis Ferguson, had an impressive season in the Scottish Premiership despite finishing in the bottom half of the table. He was one of the two players outside Celtic and Rangers who made it into the SPL team of the season. The midfielder was the only outfield player who made it into the team dominated by Celtic and Rangers players. His performances on the pitch have impressed many, and the 22-year-old midfielder is already on the radar of some of the clubs. He made contributions both offensively and defensively. Here are some of the stats that show why he was included in the team of the season. 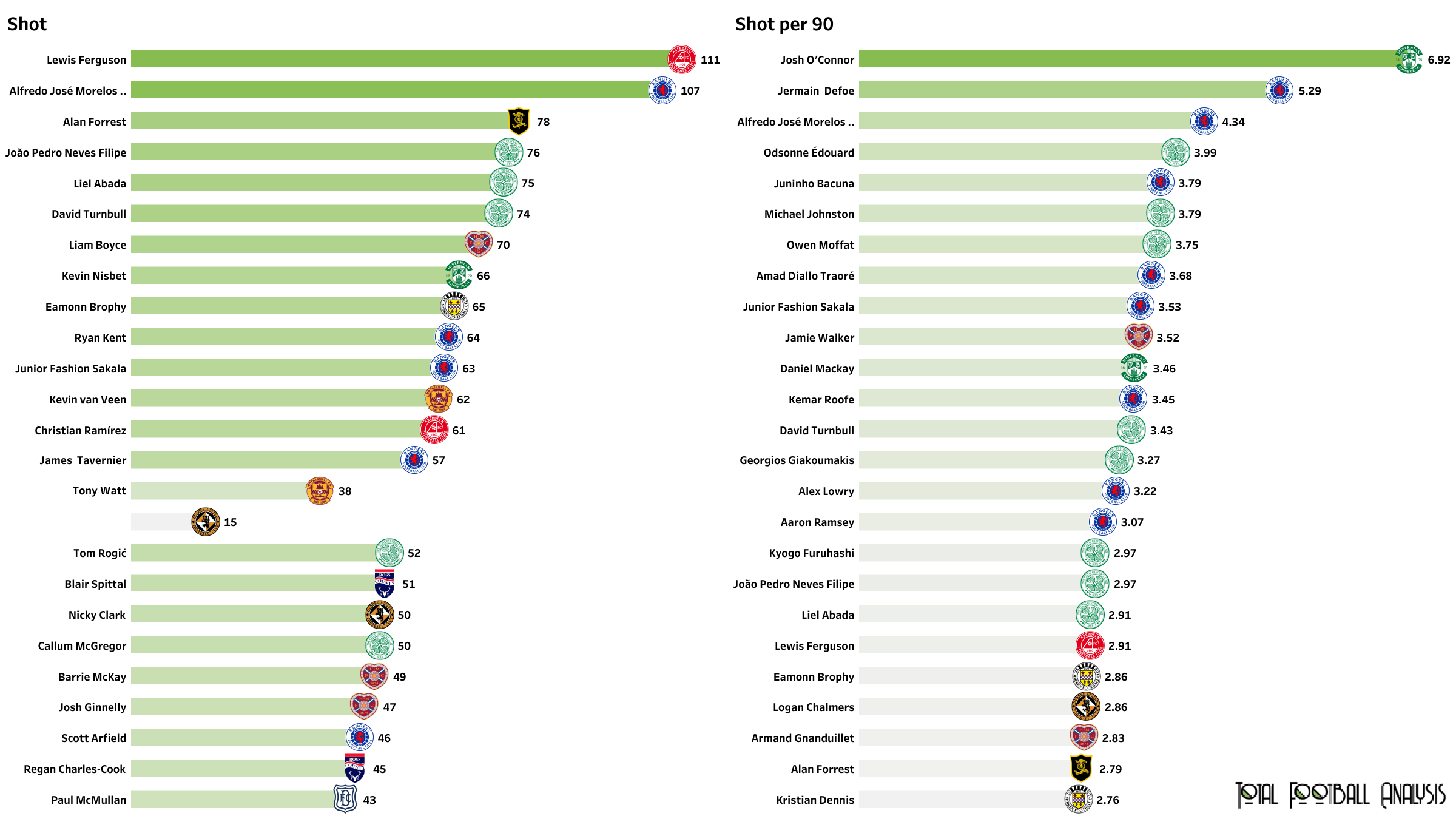 Ferguson attempted the most shots in the Scottish Premiership. The midfielder was the highest goalscorer for his team, with 11 goals, seven of which came off the penalty spot. He averaged around three shots per match and managed to hit the target 41 times. Aberdeen scored 41 goals this season, and 11 were scored by the midfielder. Ferguson had a high xG rate of 12.80 and was only lower than Alfredo Morelos and Liam Boyce. Most of his shots were attempted from outside the opposition’s penalty box. 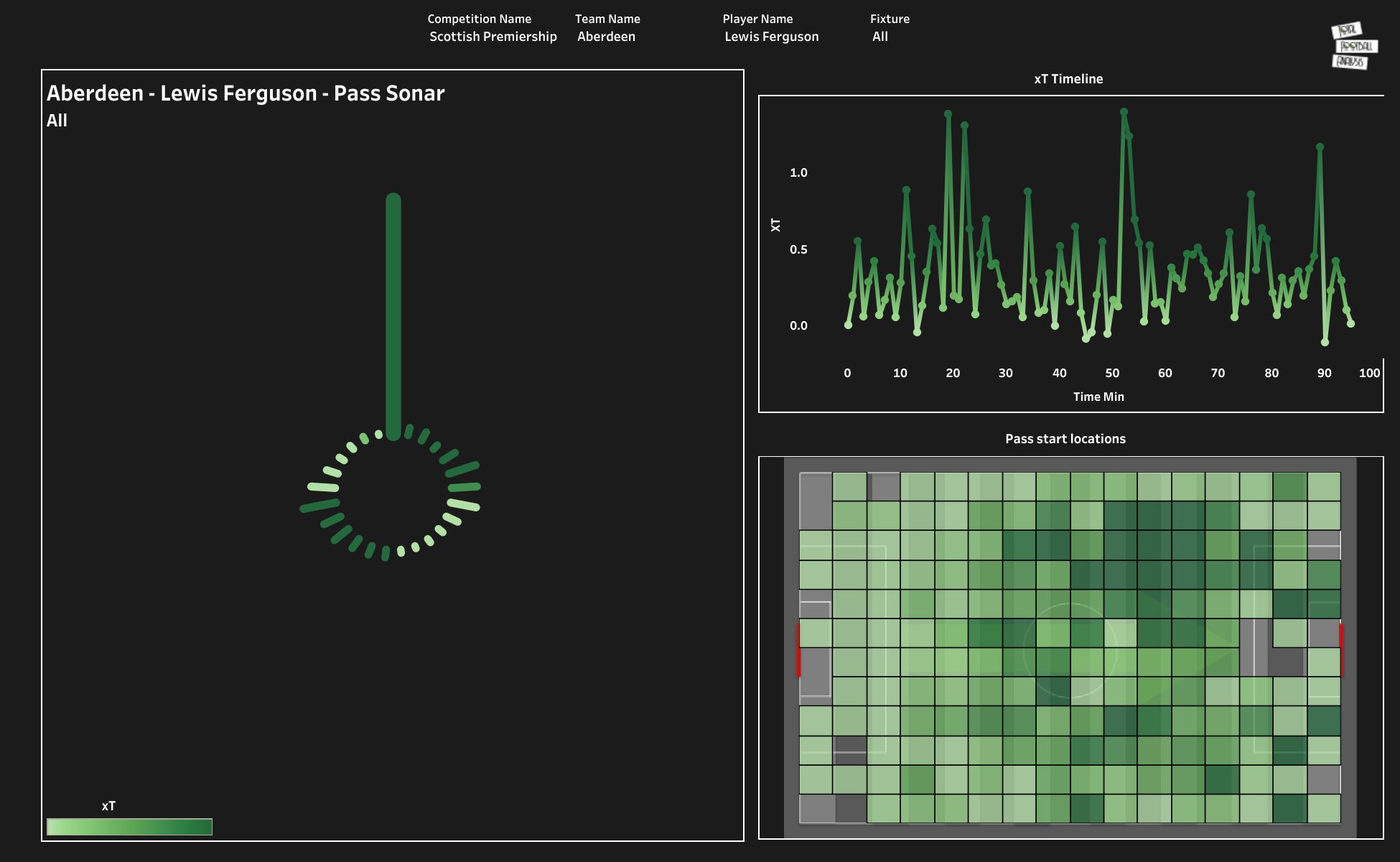 The 22-year-old featured on the left side of the midfield two. The pass start location also shows that most of the passes have been attempted from the left side. Ferguson was not that effective with his passing and only provided one assist. However, he has penetrated the opposition’s penalty box and has attempted a few passes from inside it. He averaged around 1.86 touches inside the opposition’s penalty box per 90 minutes. 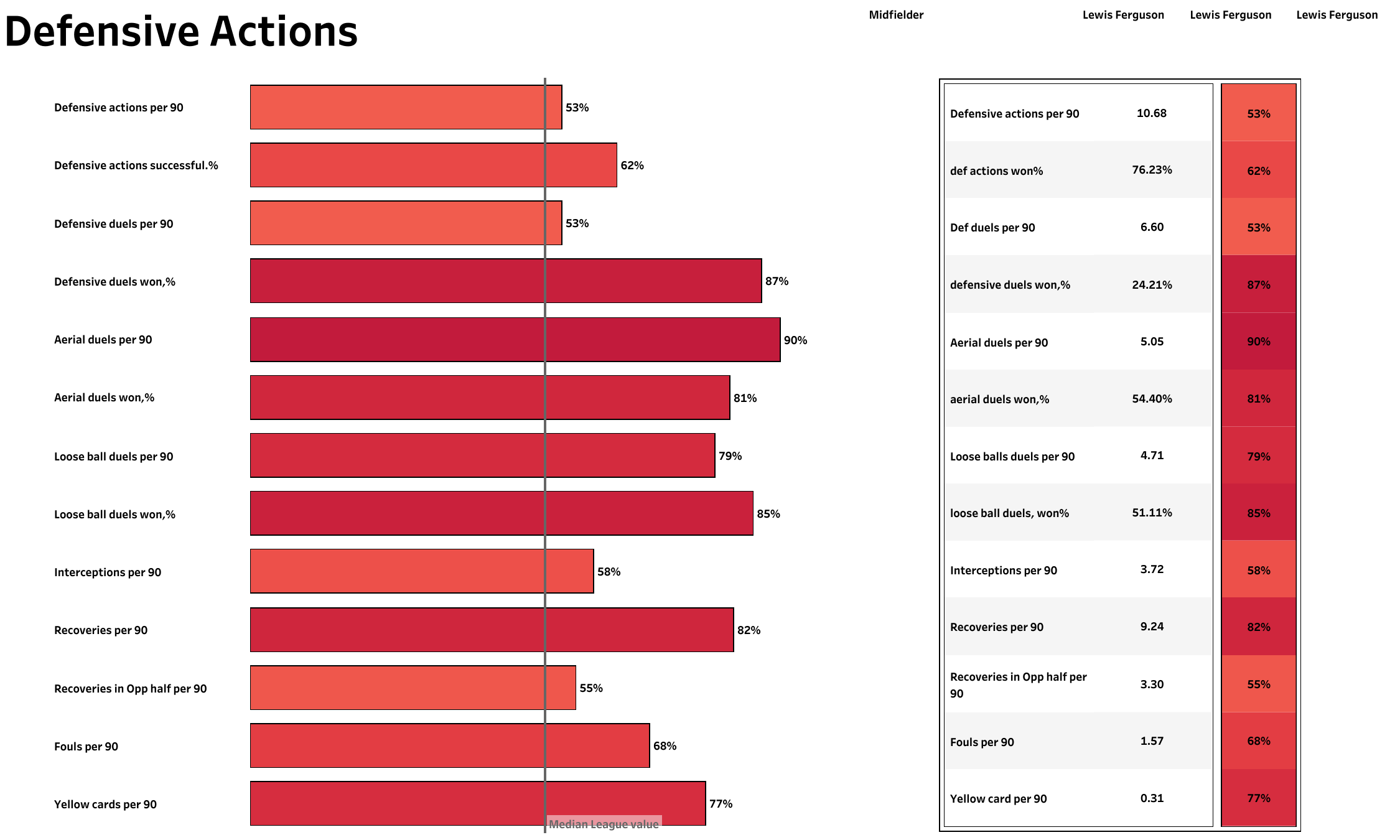 When looking at the above chart, the general rule is that the longer the bar, the better the performance — you can see the league average in the middle, and the % is the percentile rank the player is in. Ferguson made some crucial defensive contributions that helped his side to finish tenth and avoid the relegation battle. He has performed better than average and has made some decent defensive contributions. Despite attempting the highest number of shots in the league, the player has contested more than ten defensive actions per 90 minutes. He has a high win percentage for aerial duels, defensive duels, and loose ball duels. 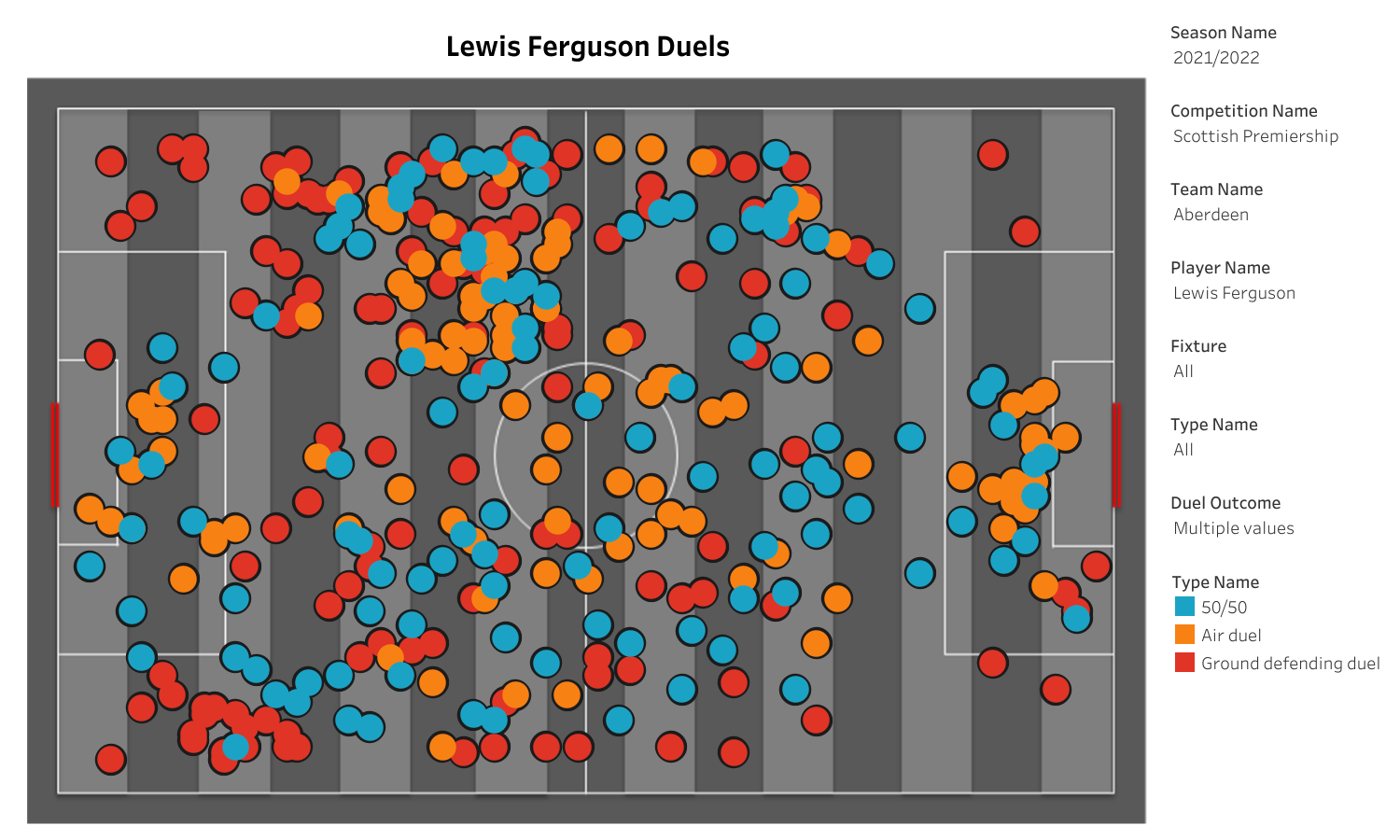 Lewis Ferguson’s impressive all-around season earned him a place in the Scottish Premiership team of the year. He contributed both offensively and defensively, making him one of Scotland’s hottest properties. The midfielder could be on the move away, and Aberdeen will also look to cash in on the midfielder.