Celtic signed Liam Scales from Shamrock at the start of the Scottish Premiership 2021/22 season. The 23-year-old plays as a centre-back and can also play in the left-back position. Celtic had a solid defence, and the manager made very few changes to the starting XI throughout the season. This limited his chances in the first team, and he only made five appearances in the league. Overall, the player made 19 appearances in all competitions throughout the season and managed to score three goals, along with two assists. He is now looking for more game-time and could be on the move in the summer. Aberdeen is the club that is targeting the youngster. 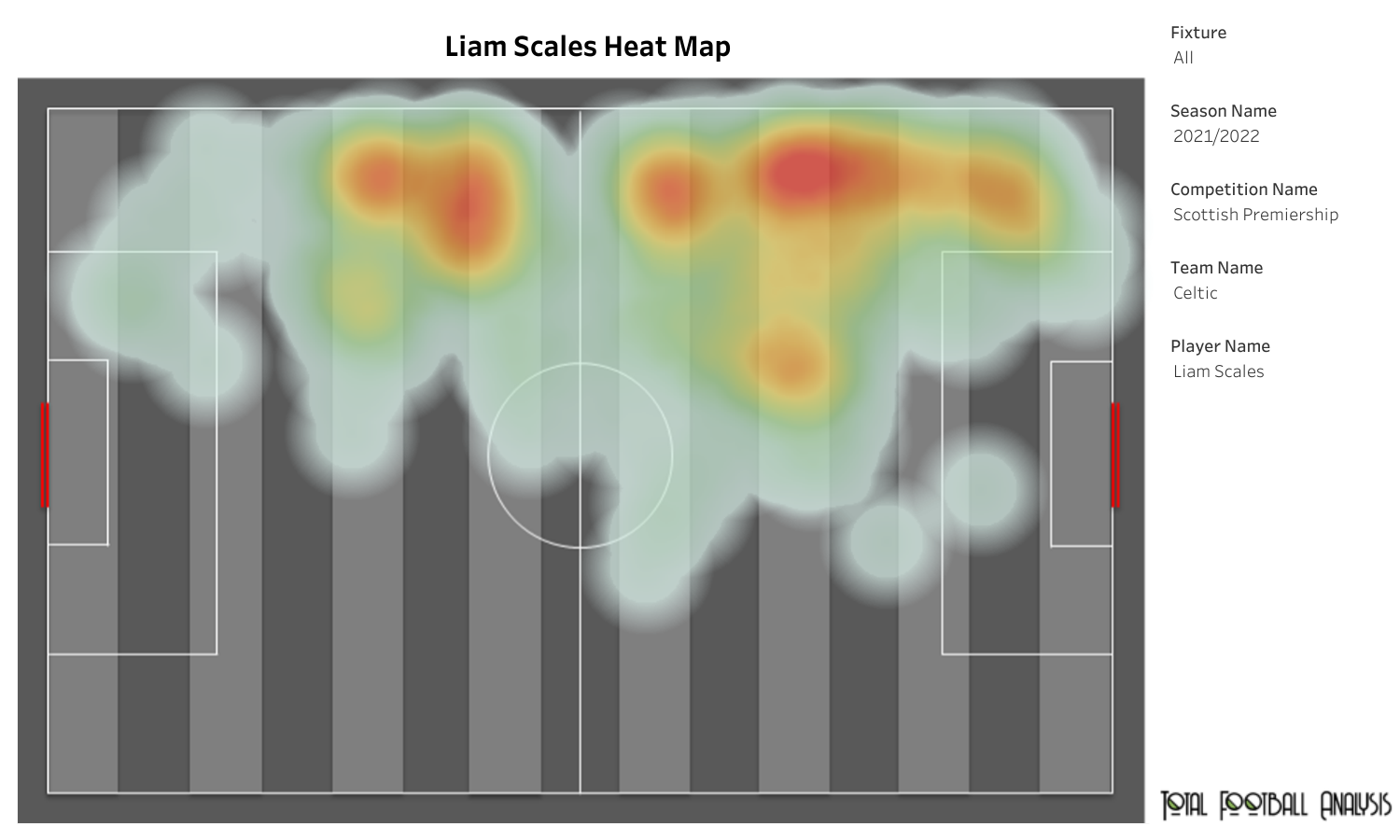 Scales started in four matches for Celtic and came on as a substitute in one of the matches. He featured as the left-back in all these matches and made four appearances in December. The above heat map shows that the player featured as a left-back and covered a lot of area on the pitch. His last appearance for Celtic in the league was in January. The player took full advantage of the opportunities that he got and scored a goal and provided an assist in the league. 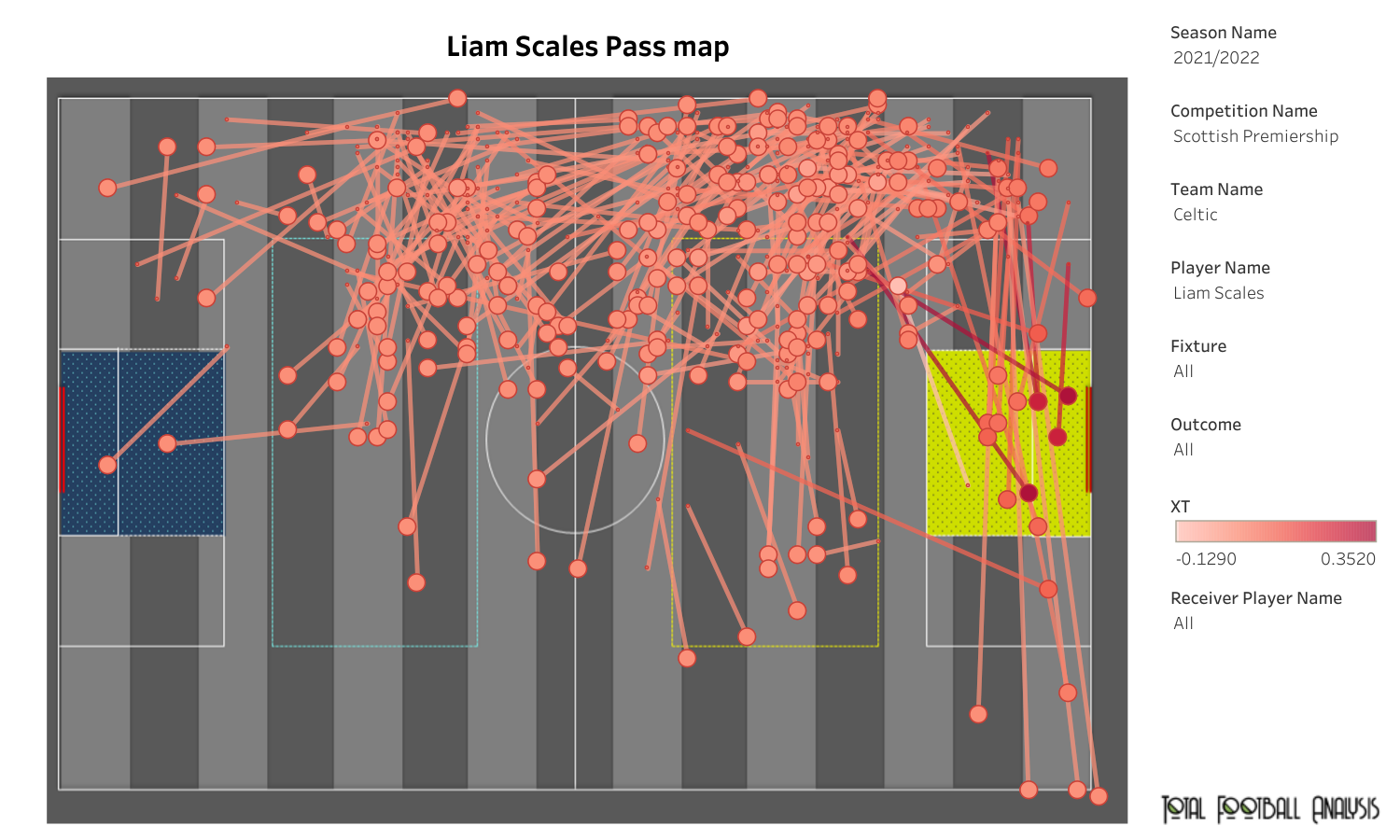 The above viz shows all the 248 passes that were attempted by the defender this season. These passes included 16 crosses, three smart passes and two through passes each. Of the 248 passes attempted, 16 landed inside the opposition’s penalty box. He delivered some dangerous passes into the opposition’s 6-yard box. This tells us that the player created few threats while going forward.

The 23-year-old was also involved in attacking actions as he attempted five shots with a 20% accuracy rate. Scales penetrated the opposition’s penalty box as he took nine touches inside it. 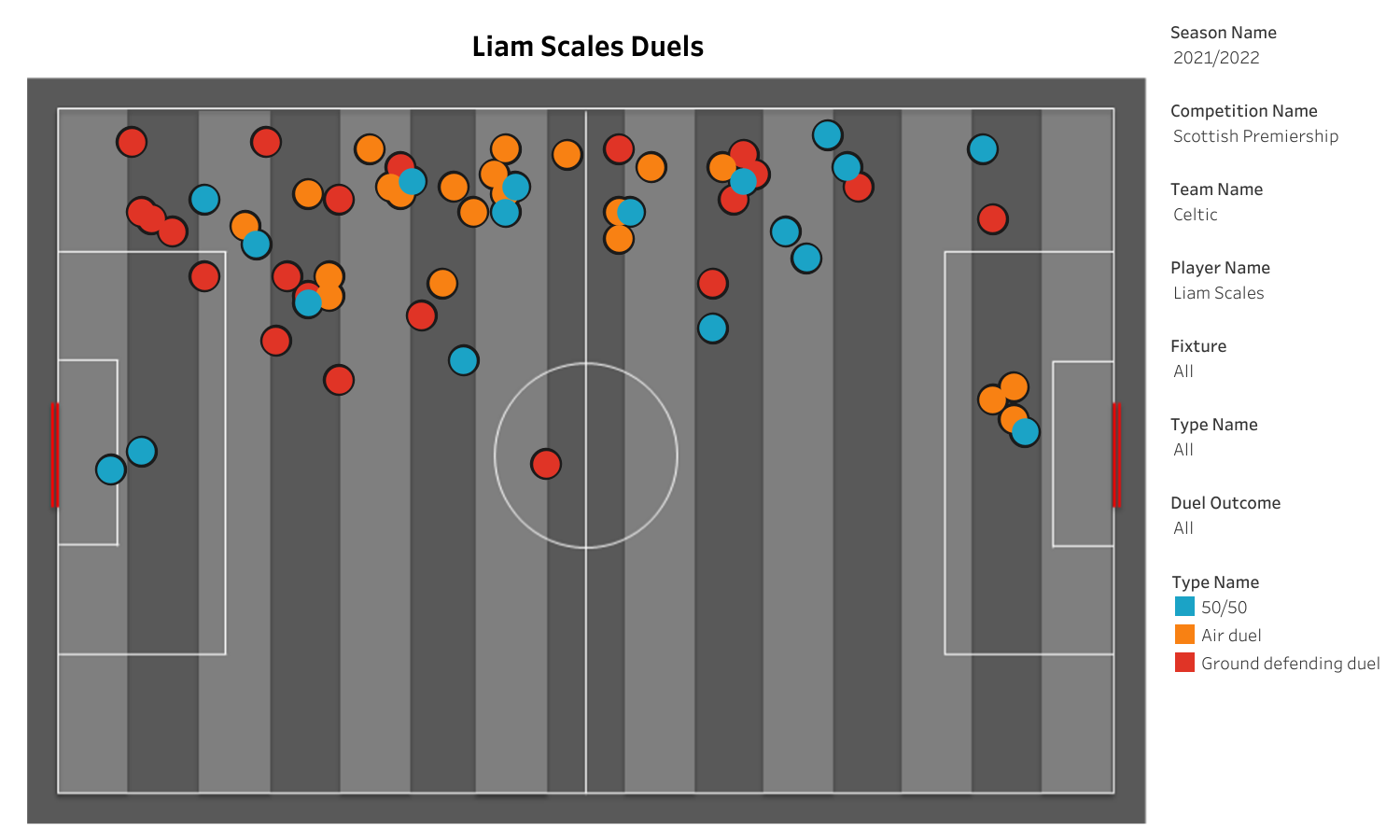 Scales also performed his defensive duties for the club. He contested 5.51 defensive duels, 5.51 aerial duels and 4.72 loose ball duels per 90 minutes. The win percentage for the defender was very poor for defensive duels, as he won only 9.52% of his defensive duels. Aerially, he won 57.14% of his duels and also managed to win 33.33% of the loose ball duels. Most of the duels contested by the player were inside his team’s half. Other than this, the defender made 17 interceptions and 32 recoveries. Of these 32 recoveries, 11 were made inside the opposition’s half.

The youngster got very few opportunities, yet he gave some decent performances. Celtic could benefit by sending him on loan to Aberdeen. He would earn more game-time and look to improve his defensive performances. Scales is a threat going forward, and he could become a future left-back for Celtic.