Liel Abada won the Men’s Young Player of the Year award and played a crucial role in Celtic’s title-winning season. The 20-year-old was signed from an Israeli Premier League club, Maccabi Petah Tikva, at the start of the season and impressed everyone with his performances on the pitch. He played as a right-forward for Celtic and scored ten goals in his first season at the club. The Israel international player also represented Celtic in UEFA Champions League qualification, where he scored one goal, and in the UEFA Europa League, where he scored two goals and provided three assists. Here are some of the stats that will show how the forward performed in the Scottish Premiership this season. 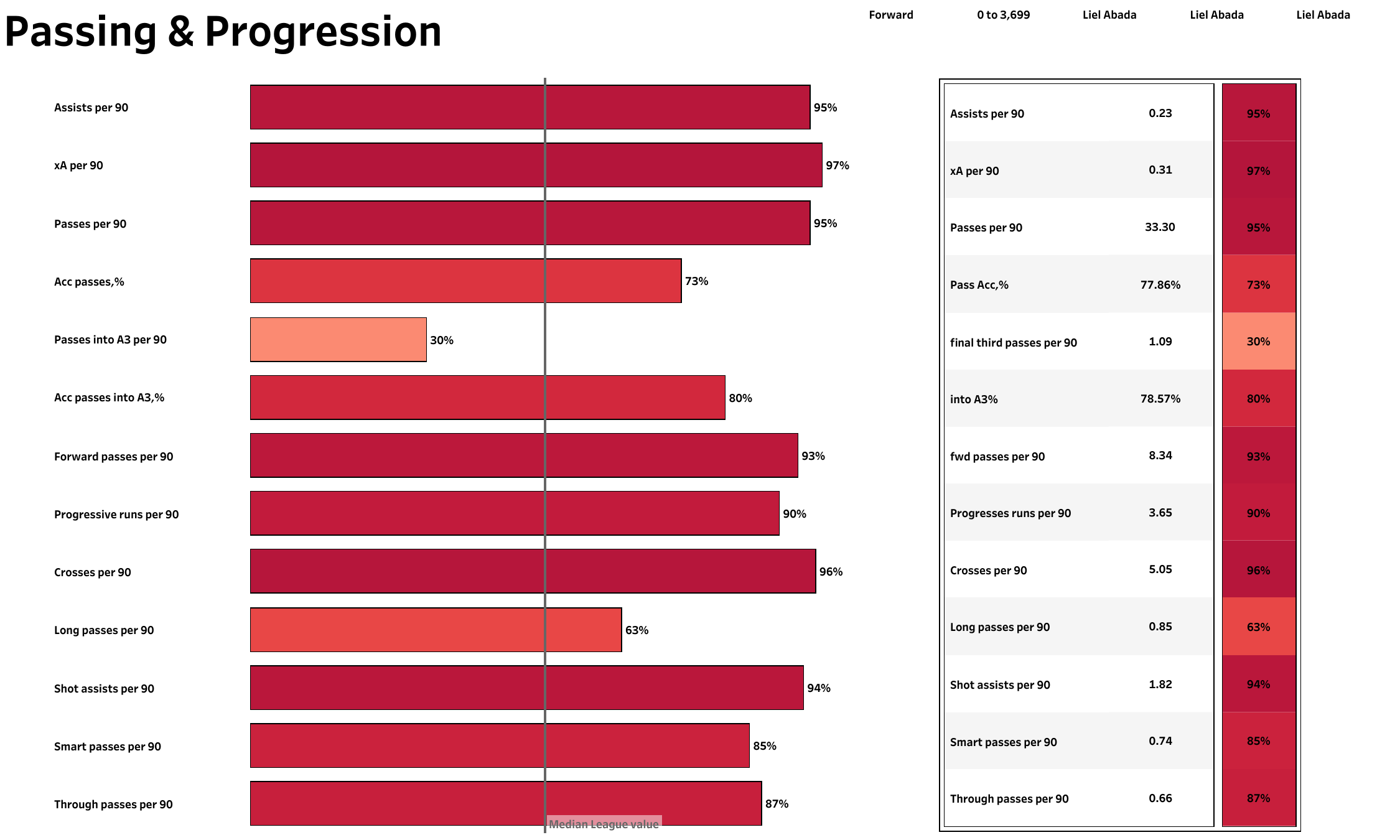 Liel Abada made 36 appearances for the Scottish Premiership champions this season, and this included 24 starts. When looking at the above chart, the general rule is that the longer the bar, the better the performance — you can see the league average in the middle, and the % is the percentile rank the player is in. Liel Abada was always a threat with his passing and had a very high percentile rank amongst other players in the league. He averages around 33 passes per 90 minutes and has a high expected assist rate of 0.31. Most of the passes have been forward passes, and Abada averages five crosses per 90 minutes. He always created threats by delivering passes into the opposition’s penalty box. Overall, his play created a lot of threats for the opposition. 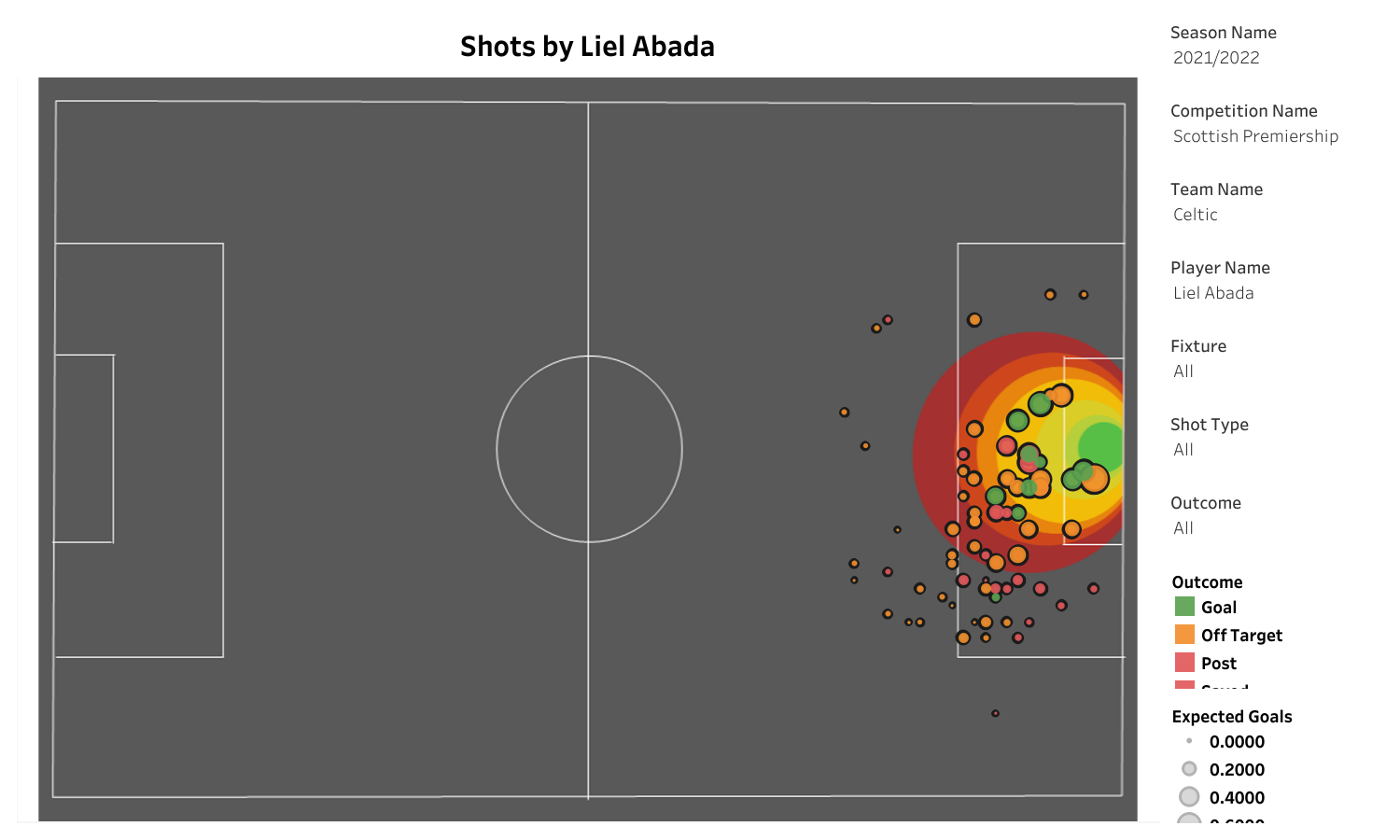 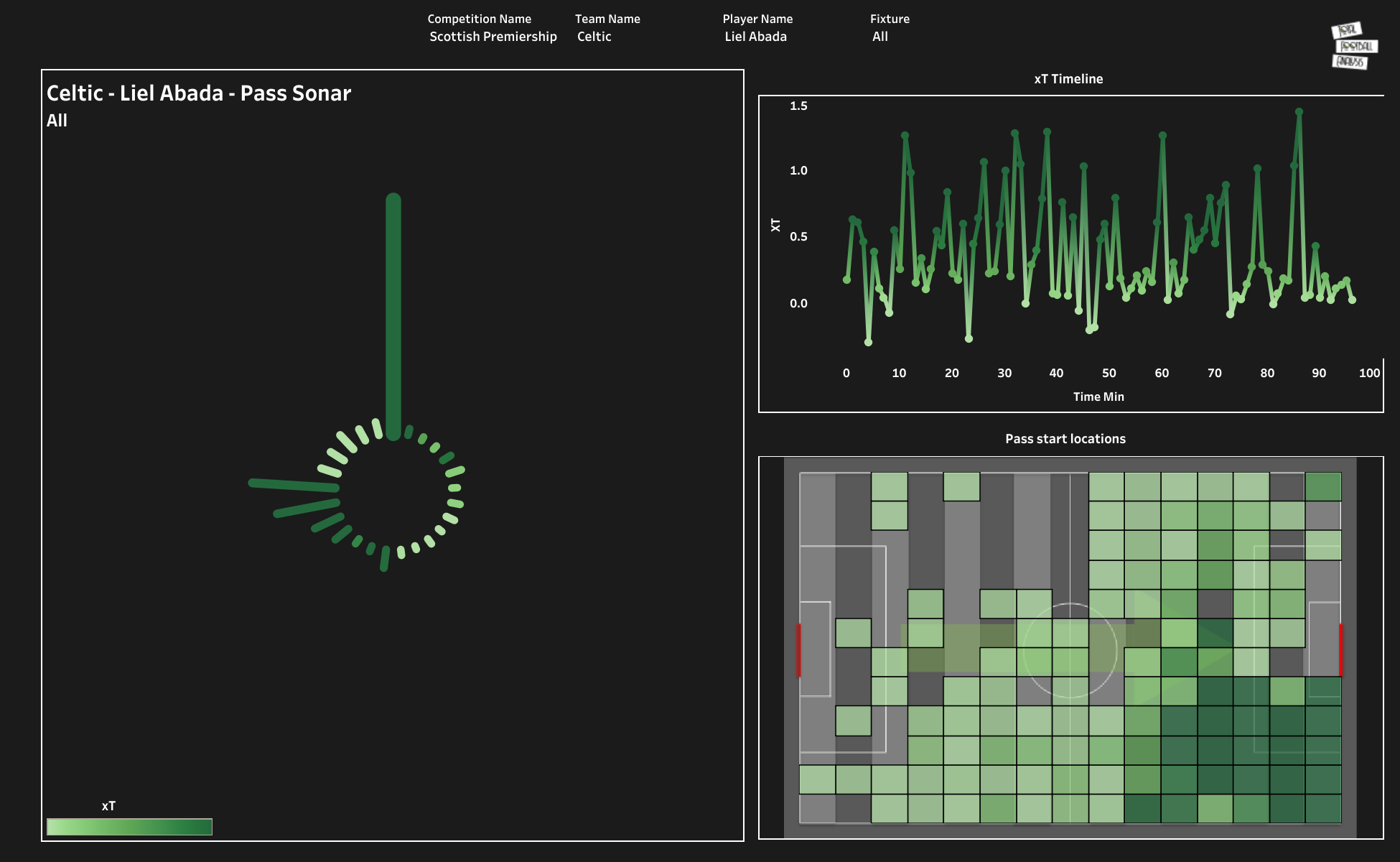 The pass starting location map of the player shows that he likes to stretch the opposition defence and has created a lot of threats from passes attempted from the wider positions. The xT timeline shows that the 20-year-old was always a threat whenever he had the ball at his feet. He provided six assists in the season.

Liel Abada played his first season for Celtic and made some important contributions. He won the Young Player of the Year award for scoring goals and providing assists. Celtic will hope that he keeps the same consistency next season and helps them earn more silverware next season.